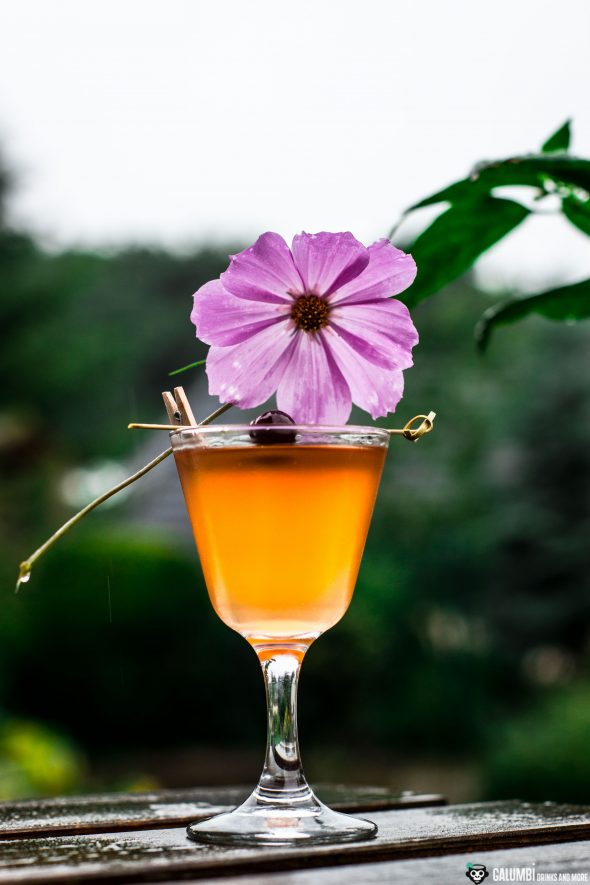 And once again an article is dominated by a Japanese product. It was only yesterday when I wrote about the Choya “Extra Years”, the Choya “Extra Shiso” and the Choya “Royal Honey”. However, today’s article has a slightly different focus because besides a cocktail based on Umeshu there is also a Yuzu liqueur which also comes from the house of Choya. (provided test product) 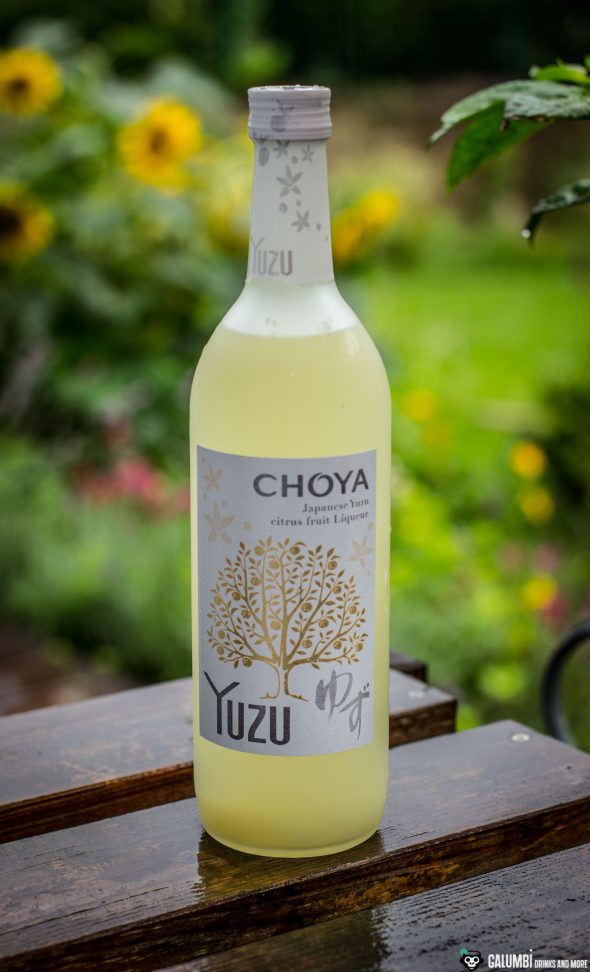 As the label tells us, the Choya Yuzu is ultimately nothing more than a Shōchū infused with sugar and Yuzu which comes at a much lower drinking strength. Like the Choya Umeshus it was also made from sugar cane Shōchū. Here, too, Choya restrains from using any artificial flavoring agents and completely relies on 100% natural ingredients. When it comes to the list of ingredients, the back label simply tells us “sugar, yuzu, cane spirit”. But what exactly is a Yuzu? Barflies, spirits enthusiasts and cocktailians might know the Japanese fruit for quite a while, but those who do not regularly deal with these subjects or who are into sophisticated cooking may have never heard the name before. The Yuzu (ユ ズ) is, like the citrus plants, a plant species from the family of the Rutaceae and ultimately evolved as a hybrid of different other plants. The aroma is more complex than the one of usual citrus plants and it is therefore also used in the haute cuisine. In Japan, Yuzu is also manufactured with salt and (chilli) pepper into a spice called Yuzukoshō (柚子 胡椒).

In the Choya Yuzu, the taste of the Yuzu fruit is now been brought to you. It is based solely on Yuzu fruits of the smallest of the four main Japanese islands, Shikoku (the major region for cultivating Yuzus in Japan). However, unlike the Umeshus I introduced yesterday, there is no whole fruit in the liqueur left after the maceration. The Choya Yuzu is bottled at 15% ABV. 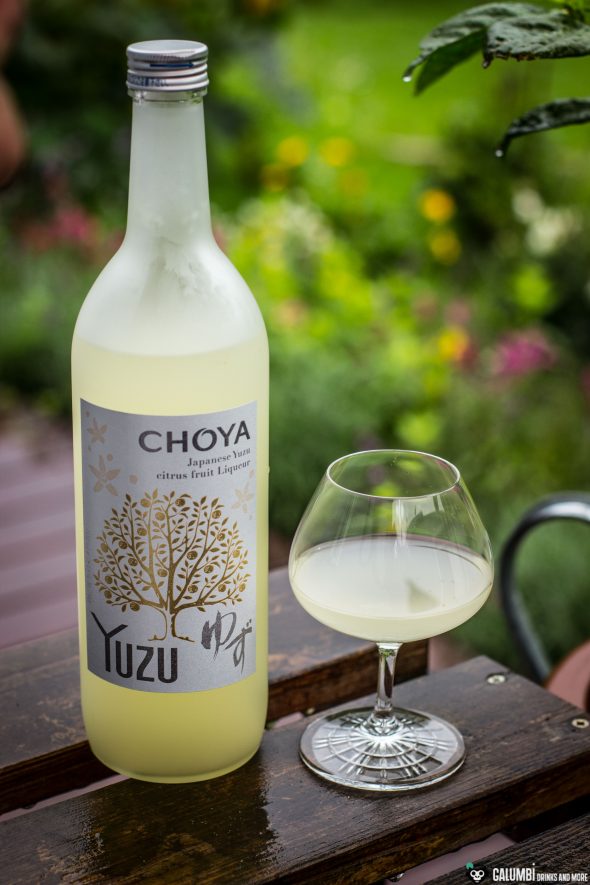 Aroma: The Choya Yuzu immediately shows why the Yuzu fruit is not simply another lemon: an intense, spicy citrus aroma rises, it reminds me of Limoncello, but I cannot help but notice the differences to the Italian classic from the very beginning. The aroma reminds me of spicy lime peels, kumquats and also orange peels. Already on the nose, this liqueur offers beautiful bitter notes which are very appealing to me.

Taste: Fresh and with a well-balanced sweetness, the Choya Yuzu introduces itself on the palate. There is a very complex potpourri of bitter aromas and again I have to think of kumquats and limes and the warm orange associations are also once again present. The acidity retains the upper hand against the sweetness, thus emphasizing the authentic yuzu character of the product. A nice liqueur, which I can actually also recommend as a nice alternative to a Limoncello. 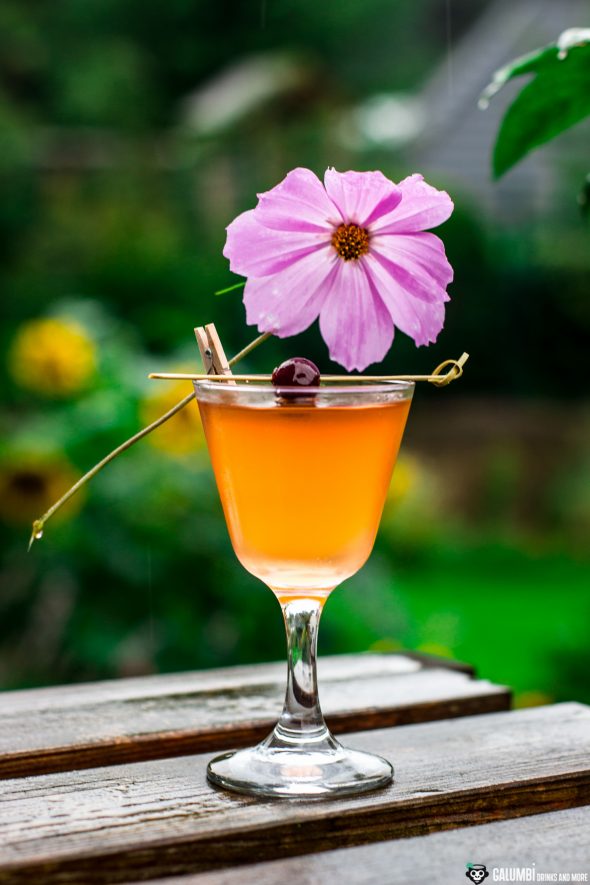 Well, and of course the cocktail should not be missing. I have to admit that this time I was very eager to experiment with the flavors of Umeshu and also those of the Yuzu fruit, and I can already reveal that this won’t be the last cocktail with these ingredients that will occur here on the blog in the next weeks. The source of inspiration for today’s cocktail, which is called Geisha’s Kiss, was the Widow’s Kiss cocktail, one of my favorite drinks. After having chosen the name, I noticed that already various cocktails under the name “Geisha’s Kiss” are existing throughout the vastness of the Internet (and presumably also throughout the vastness of international bar menus). However, most recipes I saw were the opposite of what I would associate with a masterfully sophisticated Geisha:  little seductive mixtures of vodka, lychee juice, grenadine and so on and that’s why I decided to uphold the name also for my drink. I think that a drink called “Geisha’s Kiss” should also have the class of a geisha. And a geisha which is associated with vodka and grenadine has definitely chosen the wrong business.

My Geisha’s Kiss is initially based on the Choya Extra Years Umeshu which is then accompanied by the Choya Yuzu, yellow Chartreuse (not only as a tribute to the original recipe), a little bit of sake infused gin and two bitters. It is a wonderfully aromatic, flowery, fruity and herbaceous drink with depth. I am extremely satisfied with it. Worthy of the kiss of a geisha. 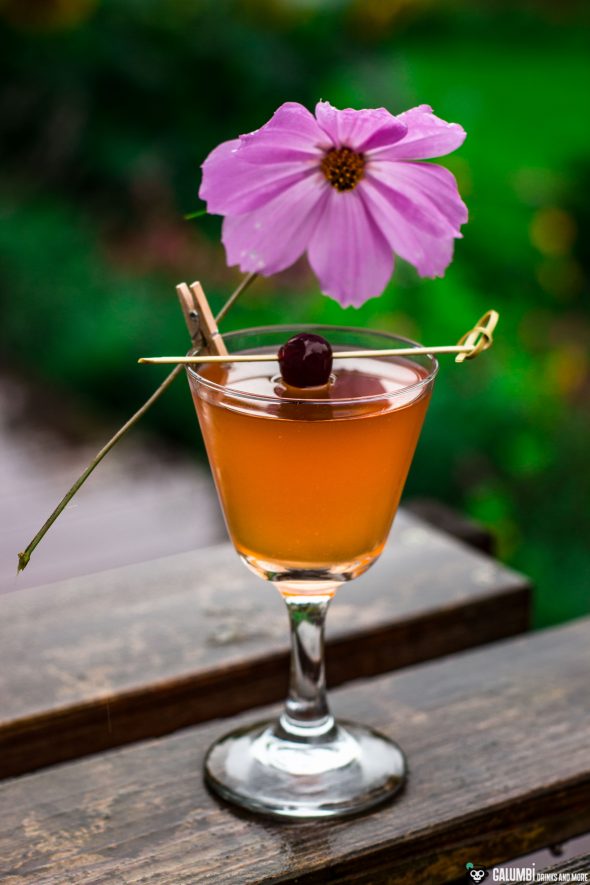 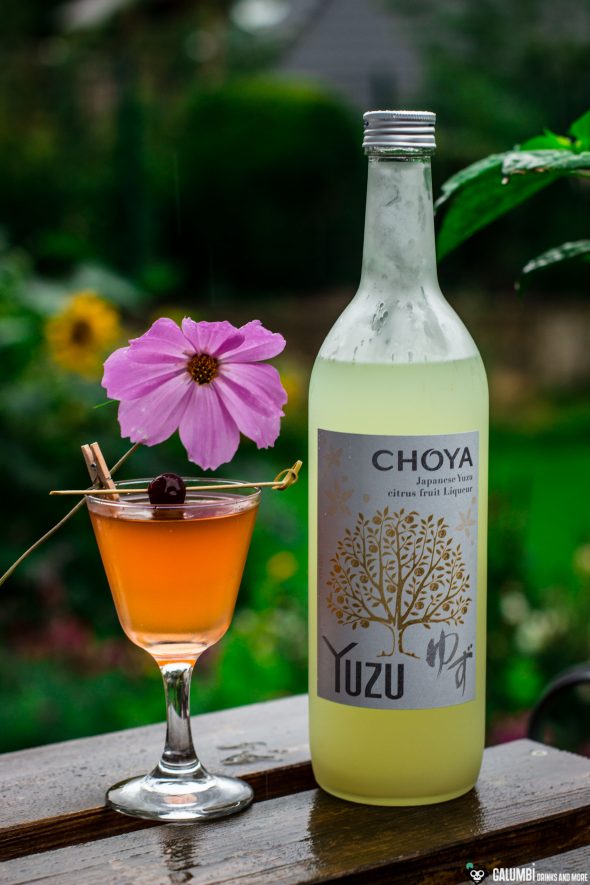 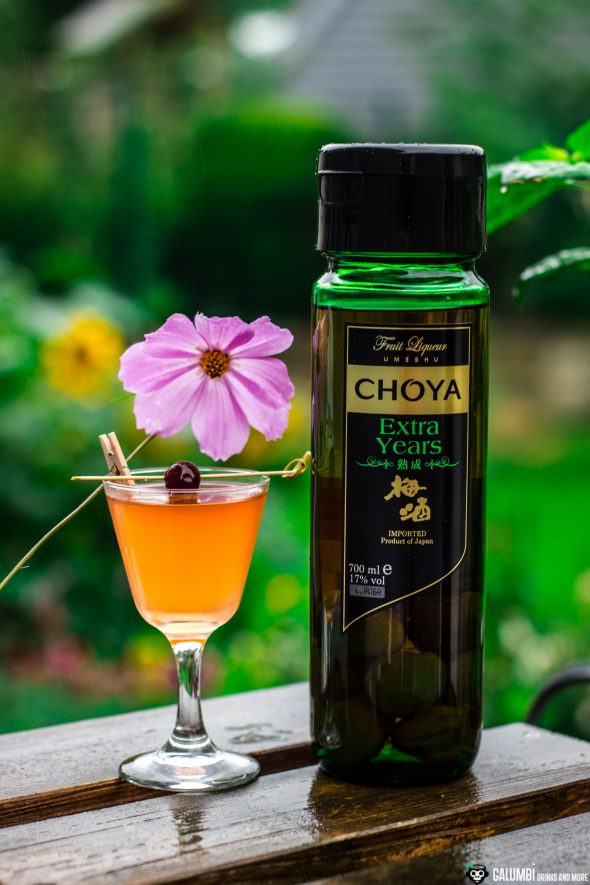 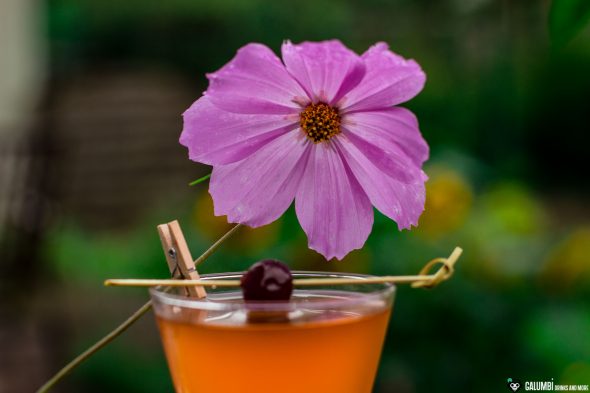 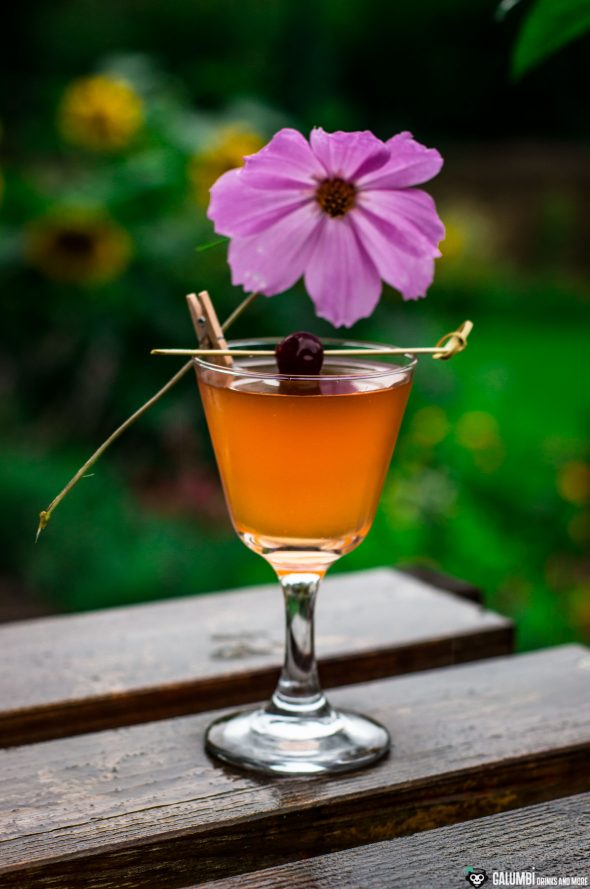