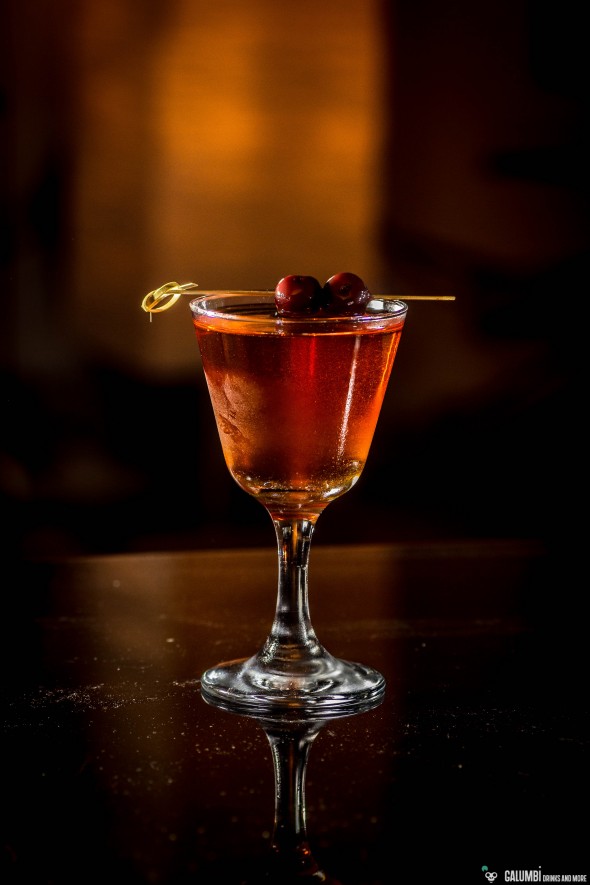 If you really want to focus on the history of cocktail culture, then of course you can’t avoid some of the early classic recipe collections from the 19th century. Likewise, it is imperative to take notice of the relationship between the advent of mixed drinks and the apothecary’s business. The flavor profile of the Widow’s Kiss cocktail reflects these influences very impressively.

In the pharmacies of the late 19th century numerous tinctures and elixirs on the basis of herbs and vegetables were playing a very important role. Many bitter substances were attributed with healing beneficial effects and so many pharmacists tried to sell their own creations on the markets or in their own shops. So some of today’s most famous cocktail ingredients came to life; imagine a global bar culture without Cocktail Bitters which have their origins in that time. For example Angostura or Peychauds originally started as a medicine. But also a lot of famous liquors had an original use as medicines. Especially French monasteries were quite famous for their herbal liqueurs. Already in the 18th century the monks of the Benedictine monastery Fécamp produced their herbal liqueur and the monks from the Grande Chartreuse monastery in Grenoble distilled their world-wide known mixture based on a recipe that goes back even into 1605.

Now the Widow’s Kiss Cocktail was mentioned for the first time in “Modern American Drinks: How to Mix and Serve All Kinds of Cups, Cocktails, and Fancy Mixed Drinks ” by George J. Kappeler in 1895 and has been modified only slightly until the present day. It is a truly herbal and “medical” concoction that offers almost incredible fireworks of flavors. Personally, I got to know this drink at the Bar Le Lion in Hamburg and was instantly impressed. As a friend of herbal notes, I was immediately struck by this explosion of different and distinct delicacies. Mature Calvados, Chartreuse, Bénédictine, Angostura – this is the simple ingredient list that has it all.

The Calvados works as the fundament and merges with the other ingredients to an aromatic-intensive elixir that despite all the herbal notes also comes along with fine honey sweetness. Highly Recommended!

Preparation: Mix all ingredients in a mixing glass and stir with ice until cold. Then strain into your chilled glass.

Buying sources: All ingredients can be found in well-sorted supermarkets (if you’re lucky). Otherwise, go and visit a specialized retailer or order online.