First of all I have to admit that I am no native English speaker. I’ve learned English in school and always liked the language very much, but you have to excuse some mistakes I may make in my articles. Nonetheless I’m trying to improve my speaking (and writing) abilities by operating this blog on a bilingual basis. I will try to translate every article into English, although I cannot guarantee a direct 1:1-translation of every sentence (simply because I don’t know every word in English). So please let me know if something is translated the wrong way or even completely without sense. (Especially my punctuation skills might be somewhat less than perfect, not least because in German there are quite some differences according to that. Again: I’ll try my best! 🙂 )

Galumbi.com is a blog with the main topics „Mixed Drinks / Cocktails“, „Hobby-Bartending” as well as “Craft beer”, “Spirits” and “Bars from around the World”. It aims to reach everybody interested in those topics but has a certain focus on creating cocktails at home. So everybody should be able to mix the recipes on her or his own. On this blog, the operator (that’s me; you can find out more about me below) presents, comments and discusses recipes, new products and general experiences connected to the topics on a regular basis. So it is up to you to participate! Please let me know what you like or share your own experiences and ideas. I am also open to constructive criticism!

Galumbi is the name of this blog’s mascot: I always had a heart for bartending monkeys. 🙂 Also some years ago some friends and I believed “Galumbi” to be some kind of toast and salutation term of the Hittities, but that’s a really odd story.

A legitimate question! For a long time I’ve tried a lot of recipes for food and drinks in my free time, took pictures, discussed them with friends and so on. I am interested in drinks and food since many years and so I have gathered a lot of experiences, ideas and of course photos over time. Since I’m always curious about new things I try to read about new releases in the beverage and Bar sector, ask around in my closer and extended circle of acquaintances for new recommendations, new recipes and the like in order to get a lot at different impressions. Much of that I would like to share with you!

I do not try to always have the newest spirits, drinks or Bar-travelogues first. I will simply try what’s appealing or what was recommended to me. In this point I will differ from a bunch of other bar blogs out there, where new bartenders in certain Bars are portrayed, sales figures of industry giants are discussed or things like that. Instead I want to reach interested people and inspire others to try out some of the recipes presented, new products and the like. 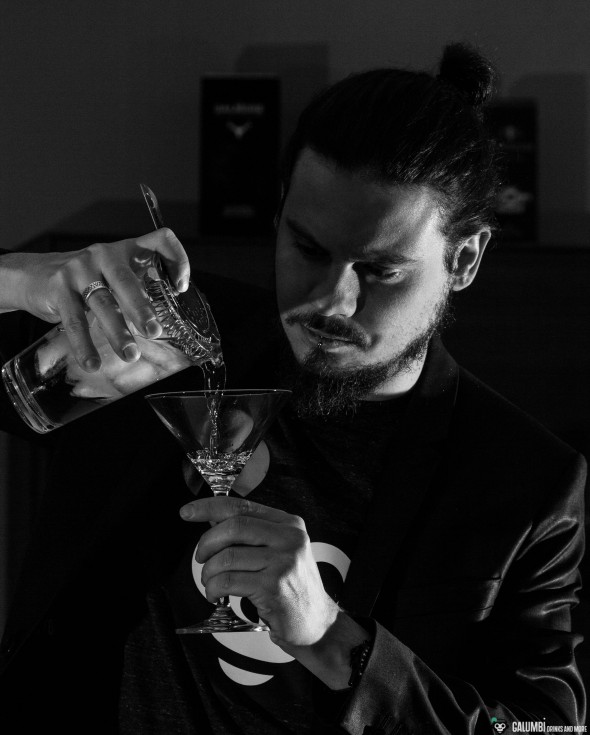 I am a 40 year old (2022) Blogger in the Ruhr area of western Germany. Unfortunately, this region is not really the hotspot in terms of the blog’s thematic focus. While there are a lot of restaurants and pubs around and a multi-cultural population structure leads to a wide range of interesting and innovative influences, compared to the major cities of the country (Berlin, Hamburg, Munich, as well as cities such as Cologne, Düsseldorf etc .) and to cities in the rest of the world the local income and social structure unfortunately do not really provide a widespread demand for stylish, upscale bar-culture. What’s called a “Cocktail Bar” here usually is something like a mediocre “Tiki Bar” and most people think of Sex on the Beach, Swimming Pools and other juicy mixtures if it comes to the word “Cocktail”. If you order a gin and tonic in a regular bar there is a good chance that you will get a gin and a seperate tonic water next to it (In Germany a “gin and tonic” is commenly known by the name “Gin Tonic” – so if you use the English name, people will most likely be irritated. Since in better bars the stuff usually knows about the English name and even uses it when speaking about this particular Highball, it can (!) be an indication of quality.) In this sense, I am anything but a great expert or a bar-scene-party-goer who is always up to date on the latest menus or the hottest Cocktail Bars around the country. But before I do the region a big injustice with a crushing blanket criticism, I must positively mention that in recent years more and more nice small bars or pubs with a hipster clientele have emerged from the ground. Although not really Cocktail Bars, the cocktail menu in such places feature – though usually far from being comprehensive –  some “uncommon” highballs, such as the  Moscow Mule (in Germany Ginger Beer was widely unknown for a long time – due to the German Purity Law of Beers it is even prohibited to sell Ginger Beer under this name). At least this is a step in a direction I appreciate!
Nevertheless, everyone who is into Cocktails while living in Hamburg or Berlin will very likely have an immensely larger repertoire of bar-expertise. My relevant experience is limited rather on vacations and trips abroad and trips throughout the republic. A slight advantage of the Ruhr area, however, is that one is more or less forced to gather a lot of information at home, via old recipe books or via the internet and therefor requires a certain collection of ingredients and accessories. This saves a lot of money, although the atmospheric trappings in my living room are certainly not competitive.

In addition to the subjects described above I am also interested in cultures, travel, history, socialising and turn-based strategy games. Since I made my exams in philosophy, social sciences, social psychology and social anthropology at Ruhr-University Bochum I thus have some areas of interest in these contexts. 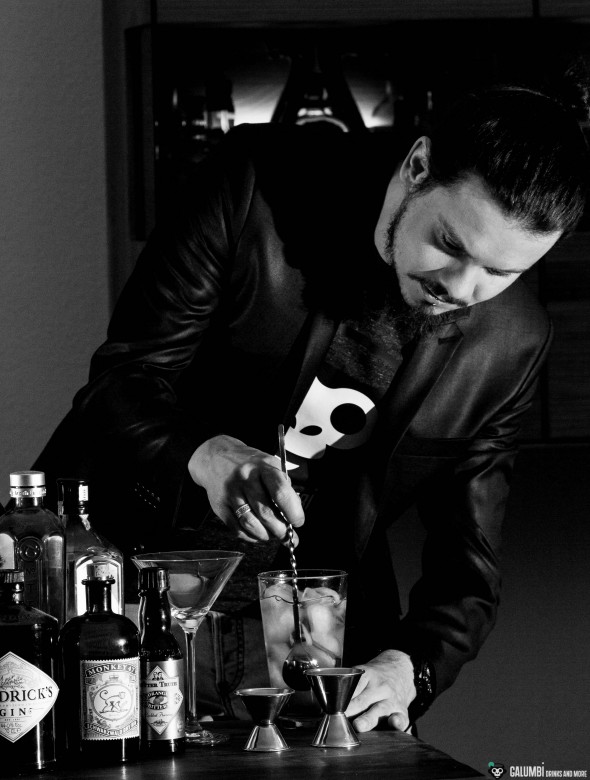 Why actually cook, mix cocktails and photograph it?

I started cooking at the end of my school time in my parents’ house. Because I often had a slightly different sleeping and thus eating rhythm as my parents, I was often forced to prepare something in the kitchen late in the evening. Thus it became a hobby and I increased to cook on various occasions. During my studies at university I regularly tried to overcome diverse minced-meat and vegetable variations you’ll find on the table of many shared student flats. With the first salary I was able to afford more products that have formerly been too expansive, although I still do not spend vast sums of money for unnecessary fancies. (In a documentary I once heard that Germans spend on average about 10% of their monthly income on food, Japanese in comparison spend 25% – I’m probably somewhere in between.)

The subject of “Mixed Drinks” (I use this term for simplicity, inspired by Hugo R. Ensslins recipes collection of 1917, because it is a good designation for the vast spectrum of Cocktails) is something I’m mainly interested in since round about 2008. Basically, it all started with a video on Spiegel Online (a german news-website), which used to feature a column called “Einfach Stil” with Werner Theurich. In this certain video he attended the Bar Le Lion in Hamburg that had just recently opened at that time and ordered a classic martini. Somehow I liked the whole thing (maybe it’s because of a weakness of mine for sophisticatedly presented food and drinks) and since Hamburg was a little bit too far away to spontaneously go there during my exams, I managed to get some ingredients after an extensive online research. So I first came onto the topic of “Gin” and tried a few varieties of that spirit. Shortly after that I came in touch with Single Malt Whiskies. Actually I thought for a long time that I do not really like whisky: when I was 19 years old I had a very bad experience with a cheap Glen Grant, so I never spend a lot of time on whiskies again. But when a friend offered me an Islay whiskey (I think it was a 12-year-old Caol Ila) I was absolutely thrilled. So my own collection of bottles started to grow and now I am enjoying a good Single Malt every now and then (however I enjoy it pure most of the time and not in a cocktail as frowned upon by whisky-purists). Good rum can also be a very fine thing and anyway there are lots of spirits and liqueurs which are really sophisticated products. After I went to Hamburg for the first time and visited the Bar Le Lion I was definitely hooked. And since I was able to visit renowned bars in London, New York, Tokyo, Hong Kong and other famous metropolises I knew that I have found a matter of my heart. 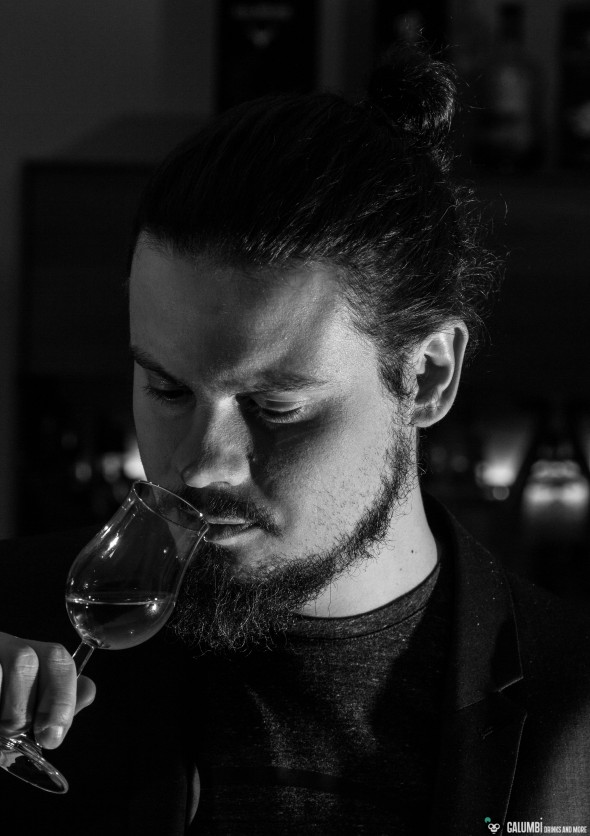 In addition to that I purchased a DSLR camera as equipment for a trip through Japan and as a side effect the long-cherished dream to preserve the results of my cooking and drink-mixing came true. I have to emphasize: I am not a professional bartender or cook and I’m not a professional photographer either. Although I’m always working on trying out new functions and possibilities my camera has to offer (for those interested: it’s a Canon EOS 600D) I certainly won’t come close to the results of a professional food photographer. At the end of the day I’m nonetheless usually pleased with my pictures – even though I’ll try, of course, to learn more about photography and raise the level. Here I am always open and grateful for new tips and suggestions! 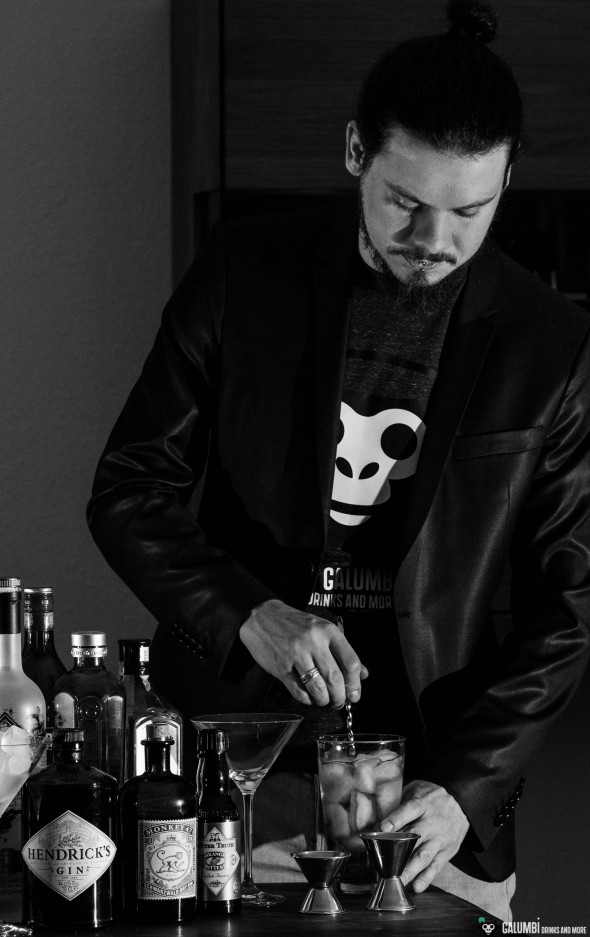 Do I drink cocktails (or other alcoholic beverages) on a daily basis?

Explicitly: No! This seems to be a very popular question that somehow naturally arises if a blog run by a single person publishes cocktail pictures almost every day. But according to that I can sound the all-clear: I’m interested in quality spirits and cocktails for many years by now, so in this time period I have tasted a lot of stuff and experimented with a lot of ingredients. Many photos that appear in the blog have been taken at some point in this period and were partly made years ago. Some pictures are red-hot though and were shot on the same day. However, I would never drink alcohol every day, if only because I do not want to jeopardize my health. That may also be a reason for some days without new articles on my blog. On the other hand, I would also never trivialize alcohol: who exaggerates on alcohol, risks not only his health, but can in addition easily get social problems that should not be taken lightly as well. In Germany, like in many western industrial nations, alcohol consumption is dangerously high and therefore a responsible use of alcohol should be aspired. Nevertheless, I support a free and reflective use (and trade) of alcoholic beverages and consider restrictive political demands in this case as a completely wrong signal. Not least, the Prohibition has shown where something like this could lead. 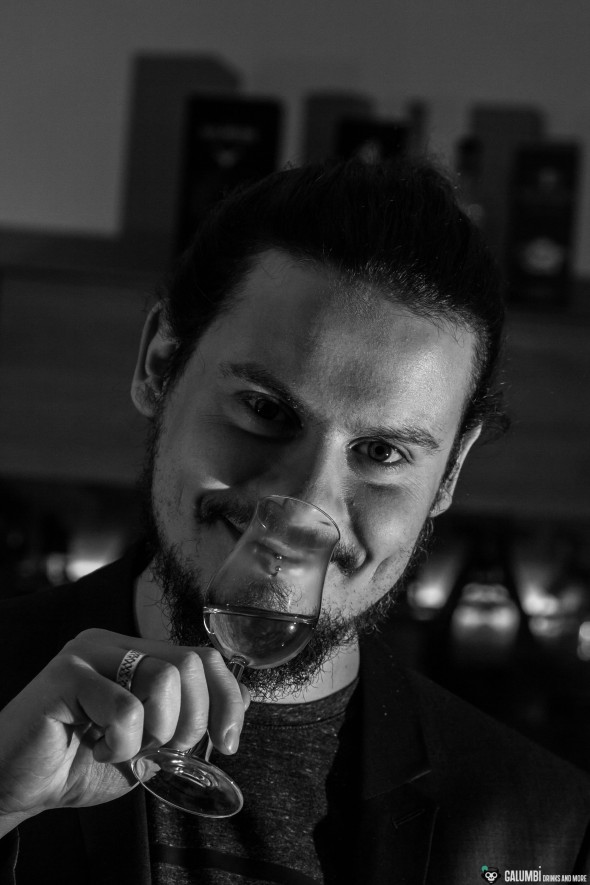