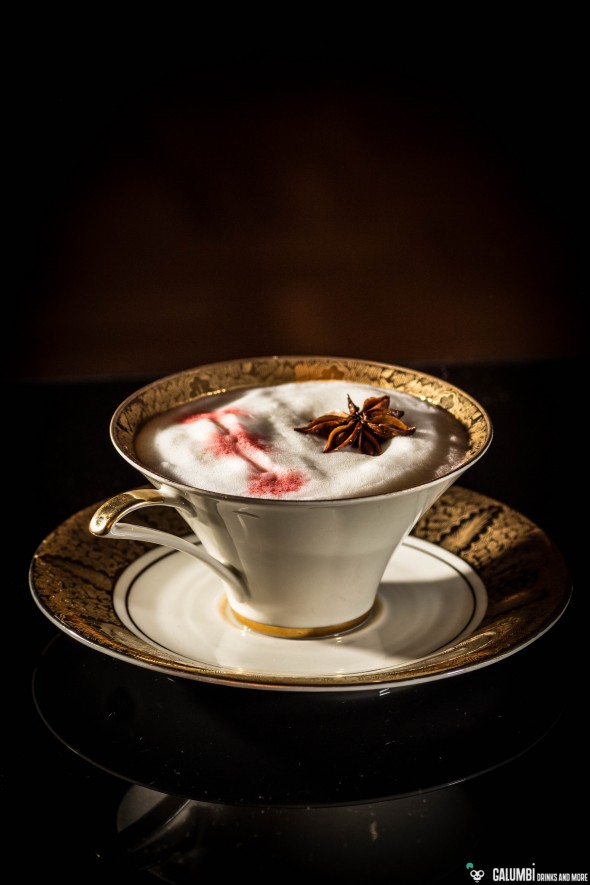 I must admit: when I first encountered the recipe for today’s cocktail, I decided not to try it on my own. Or at least not in the near future. The reason is quite simple: It once more required another specially prepared syrup. Well, is that such a big problem? Yes and no!

Of course, specially prepared syrup offer a lot of opportunities and variation, but they call for some effort to make them. And above all we must not forget that I primarily mix my drinks for home use as well as I’d like to provide my readers with interesting recipes that can for the main part also be mixed by everyone who’s interested in the matter. Of course mixing a great variety of cocktails is certainly not something you do as a sideline and it requires a well-maintained and cherished collection of spirits and utensils.

That may still not be a decisive argument against preparing your own syrups, but unlike a bar with regular customers I’m cooking a certain syrup only for a few drinks of the same type. Nevertheless I finally decided to give today’s recipe a try, because I was so curious about the flavor. In addition, I have found contradictory information about it and at one point I realized how much time I had already spent researching about the recipe, so I simply had to try it out. But let me say something about the drink itself. 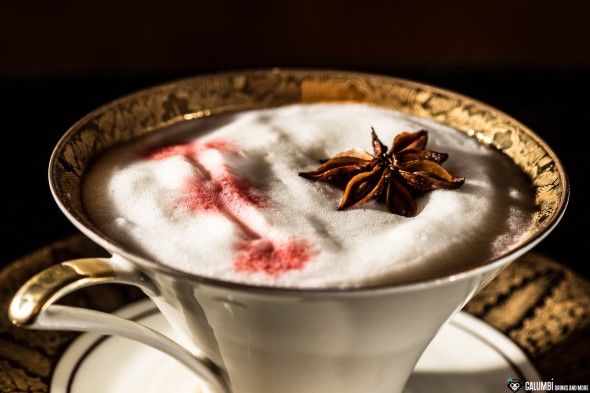 The Six Bells Tea Cup is actually more of a summer drink, which comes from the Ivy Chelsea Garden in London. I originally came upon the recipe on the website of the Evening Standard, a London newspaper. However, there are several references on other websites and they differ to some extent from the one I originally found: the recipe on the side of the Evening Standards interestingly speaks of a syrup based on cloves and star anise – a very interesting flavor combination! The more astonished I was when I discovered that there was no hint of a sweetening agent in the syrup (and at no other place in the recipe). Only water, cloves and star anise. I’ve tried that out and came up with a completely unsweetened spice broth that made me definitely miss something in the cocktail.

Other websites spoke of Elderflower Cordial or Elderflower Liqueur; but the recipe in the Standard-article did not mentioned it at all. So since I had no Elderflower Cordial at hand, I have just made a real cloves and star anise syrup with sugar, added a little St. Germain while otherwise clinging to the recipe as specified by the Evening Standard. And what should I say? The drink is great! In terms of taste, but also as an eye-catcher!

Cloves and star anise-syrup: Grind a teaspoon of cloves and star anise in a pestle and mortar and add 300 ml of water and about 150 grams of sugar. Bring to the boil, let simmer for a few minutes and allow to cool. Finally strain through a sieve or filter cloth in a container of choice.

Preparation: Add all the ingredients except the Peychaud bitters into a shaker and shake vigorously without ice (do a “dry shake”). Then fill the shaker up with ice and shake vigorously again for about 20 seconds. Double strain into a cup and garnish with star anise and three drops of Peychaud Bitters.