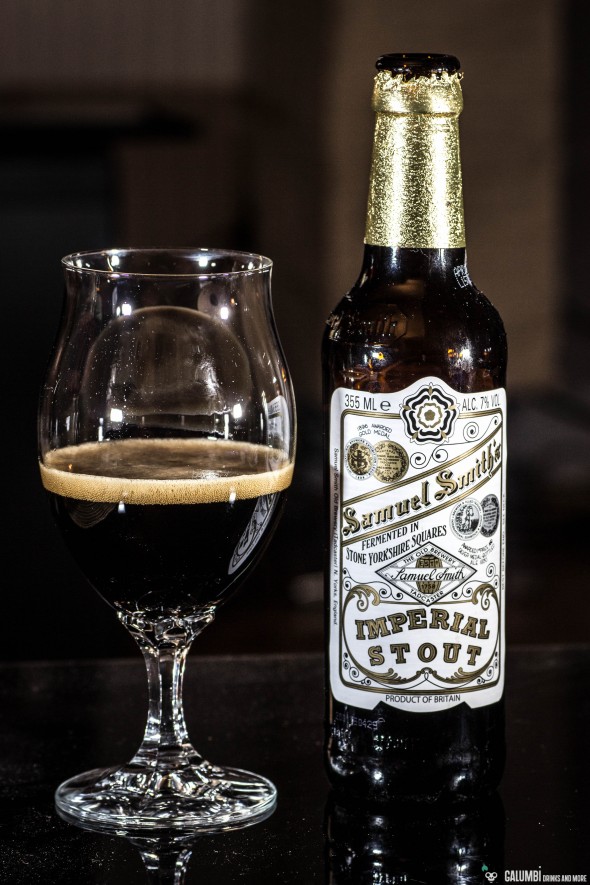 It won’t certainly surprise the most of you that there is big community of tradition-obsessed people in England. Nor that this extends also to the craft of brewing beers. But how far this traditional thinking can lead may do surprise you, at least in the case of today’s beer. It comes from a brewery which is kind of a prime example for traditional English attitudes.

The Samuel Smith Brewery was founded in 1758 by the eponymous cattle dealer and butcher in Tadcaster in North Yorkshire, what makes it the oldest brewery in Yorkshire until the present day. Accordingly, some traditional customs can be witnessed when visiting the town of Tadcaster even today. If you will ever go there, you can see some shire horses deliver beer throughout the town on five days a week. They belong to the oldest still active dray horses in the world. 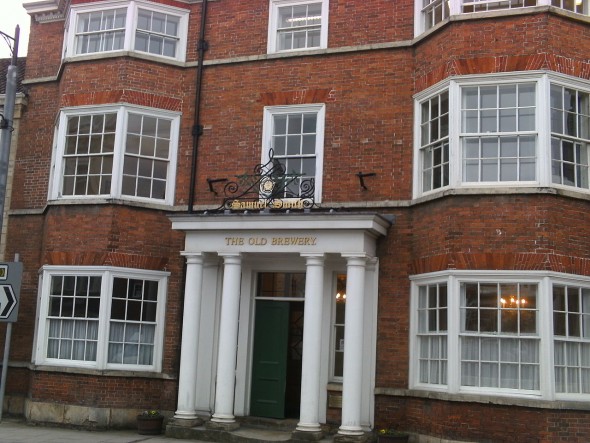 With such an old age it is not really surprising that the Samuel Smith Brewery has some experience in the brewing of Imperial Stout. This particularly strong beer was originally created for the long and arduous journey into Tsarist Russia and counts among one of my alltime-favorite brewing styles. No wonder that I had come in contact with Samuel Smith beers sooner or later. However, for the first time I came in contact with this beer in London – during a visit to a pub in Fitzrovia, near the West End of London. The “Fitzroy Tavern” is namely one of over 300 pubs in the country, which belong to the Samuel Smith brewery as independent drinking places. Only beer from the brewery is served inside those pubs and you will even look in vain for Coca Cola.

Today’s Samuel Smith Imperial Stout has some interesting features to offer. The brewing water is still drawn from the brewery’s own well, which was excavated in 1758. In addition, especially old yeast strains are used, which go back at least to the year 1900 and thus belong to the oldest continuously used yeast strains in England. In addition, barley malt, roasted malts, hops and a little cane sugar complete the list of ingredients. The mash ferments in traditional Stone Yorkshire Squares. With 7% vol. this Imperial Stout also turns out relatively smooth where other Imperial Stouts might be a little more challenging.

On the nose you will immediately identify a typical Imperial Stout but with scents of buttered pumpernickel bread and lots of roasted malts. Again on the palate lots of roasted malt, noticeable yeast, distinct hops, dark chocolate and some nice coffee.

One thought on “From the Brew Kettle: Samuel Smith’s Imperial Stout”