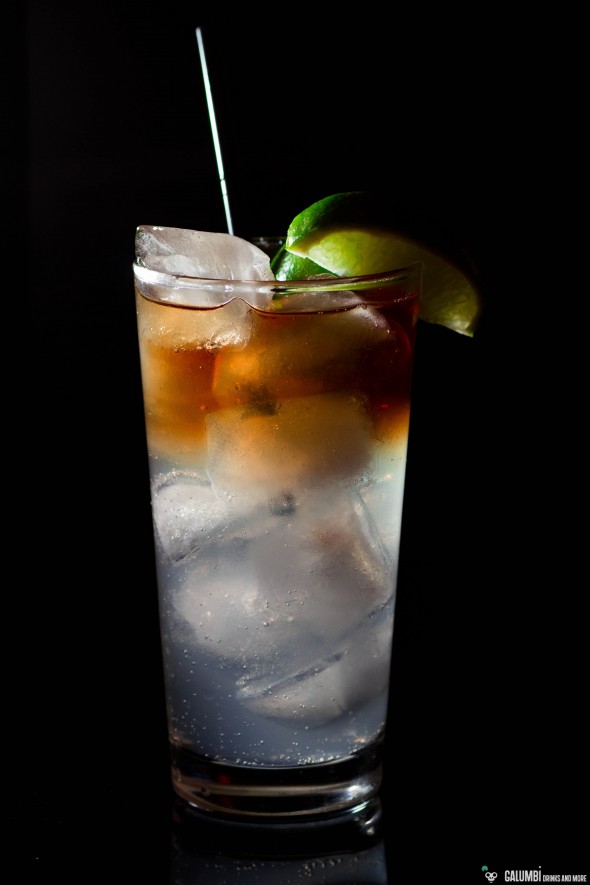 The Dark ‘N’ Stormy is a real exception among the Highball drinks and also in the world of cocktails. It is one of the very few cocktails which is a registered brand name and may therefore only be offered under the name “Dark ‘N’ Stormy” if made with the proper ingredients. For a Highball that actually consists of only two ingredients this is obviously a quite aggressive marketing strategy of the company Gosling Brothers from the British Overseas Territory of Bermuda. In this sense a Dark ‘n’ Stormy is only a Dark ‘n’ Stormy if it is prepared with the genuine Gosling Black Seal rum.

Whether this is silly or groundbreaking for future high ball creations I won’t discuss here. You can of course choose any other dark rum of your choice if you like to, but in a commercial area you should be careful to use the original ingredient in order to sell it under the official name. The drink is also recognized as the official national cocktail of Bermuda. Gosling Brothers also sells the Drink in cans but I’ve never tried it and probably won’t try it in the future, if only because I would lose the very pretty appearance of the drink:

The Dark ‘N’ Stormy consists, next to Goslings Black Seal rum, mainly of ginger beer and – if you like to – a small splash of lime juice. As I’ve written below (under “Preparation”) the rum is finally used to “float” the ginger beer, which results in a nice contrast of foggy ginger beer and dark rum. It represents a storm over the ocean waves on the shores of Bermuda.

The taste of the Dark ‘N’ Stormy is really awesome: fresh and sweet spiciness accompany the full-bodied Goslings Black Seal Rum and immediately create associations of a Bermuda beach landscape.

Preparation: If used, squeeze the lime wedges into the glass and then pour in the ginger beer. Do not fill up the whole glass and spare some space for the remaining 5 cl of rum. Now carefully pour the rum over the top, so that a dark cloud above the Ginger Beer is created (as can be seen on the picture). Serve with a straw, so you can stir the cocktail before drinking. While this destroys the beautiful appearance, it is inevitable for the adequate taste of the Dark ‘N’ Stormy.

Garnish: officially none, but you can use a lime wedge if you like.

Buying Sources: Ginger Beer has become more and more available in large and well-stocked supermarkets. In Germany it is not allowed to be sold under that name due to the beer purity law, the “Reinheitsgebot” (although it is a non-alcoholic soft drink). Thomas Henry for instance sells its Ginger Beer as “Spicy Ginger”. In larger beverage-specialized markets you’ll certainly have higher chances to find it or you can easily order it on the internet. Gosling’s Black Seal Rum is as well not always available everywhere. Check out your preferred spirits and liqueur retailers or simply order it online.