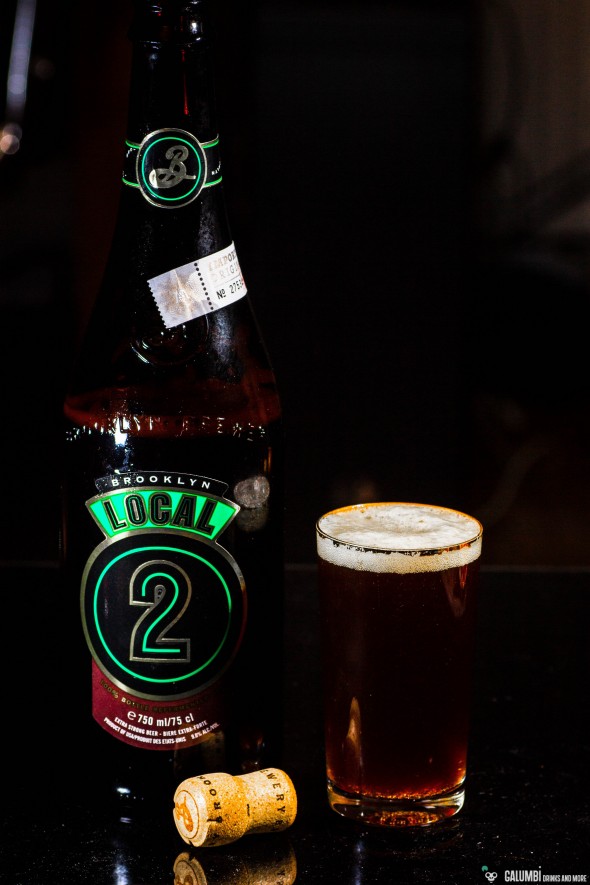 Craft Beer is now not only on the rise, it has already arrived in the consumer mainstream and records continuously growing sales figures – not at least because more and more breweries pivot and compete with the small craft brewers by bringing their own “Craft Beer” products on the market. Whether this is still Craft Beer or not, I won´t discuss here. In any case there are many debates and discourses that will surely accompany the near future.

Who wants to deal in depth with the matter, the third Cocktailian band “Beer & Craft Beer”, published by Tre Torri-Verlag, is highly recommended.

Todays review deals with the Brooklyn Local 2 of the Braufactum series.

It struck my eye when I saw her standing there when shopping in a Craft Beer shelf. The list of ingredients promises an interesting taste experience: water, barley malt lager, dark Belgian candy sugar, honey, orange peel, hops (Hallertauer pearl, East Kent Golding, Aurora) and yeast. The price of the bottle with 12 Euros certainly turns out not to be really cheap.

However, you should be aware of the fact that this beer is not to be valued as a 0.3-Pilsener bottle from the kiosk. The Craft Beer segment provides unusually high prices. 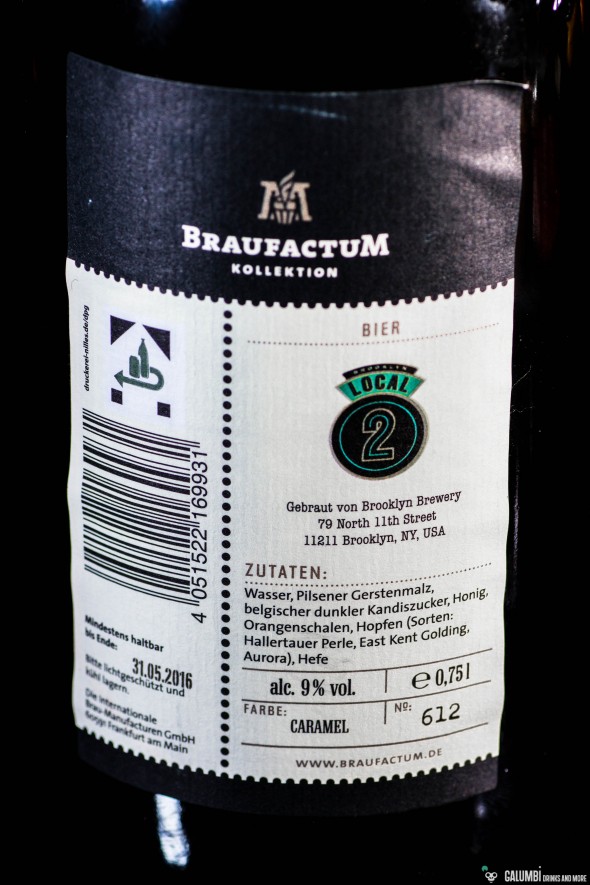 The Brooklyn Local 2 was brewed by the famous US brewmaster Garrett Oliver in the eponymous district of New York and is certainly something special  due to the addition of honey and orange peel.

Brewed in Belgian strong beer style the Local 2 turns out to be quite strong (9 % vol – so be careful!) and should therefor be enjoyed slowly and cautious. Enjoying a craft beer is more like enjoying a good glass of wine.

The Local 2 is also fermented in the bottle, what – like in a champagne – has an impact particularly on the foam and mouthfeel. At the World Beer Cup 2010 it won a bronze medal, which could also  be seen as a sign of quality in advance.

Unfortunately, my last beer tasting glass has been broken a few days before tasting this beer. Therefore, as a native of Dortmund, I use the traditional Dortmunder Stösschen, which ist a specialty  of Dortmund – an old traditional brewery city in western Germany – a glas with its own small unit of measurement. While this clearly has disadvantages compared to a professional beer tasting glass, it still gives me a comfortable feeling. And who wants to venture to assert a Stösschen is bad for tasting the flavors of a beer?

On the palate you’ll find noticeable orange behind malt and caramel notes with a fine foam. It has a pleasant sweetness, hints of nuts and fruits. You can taste a distinct dark beer foundation.

Ultimately, the Brooklyn Local 2 is pleasingly balanced. The sometimes notable “severity” of Belgian beer styles that can literally encumber your head can not be stated here.