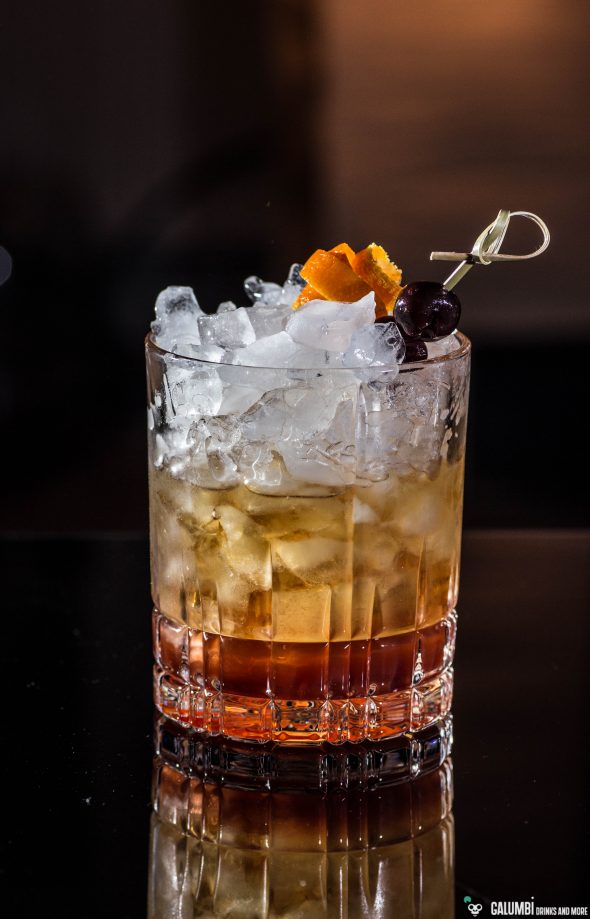 There are only few cocktails in the world like the Old Fashioned. Especially when it comes to the fuss that is made about it. The drink is either an expression of style conscious understatement, down-to-earthness or the liquid incarnation of bar expertise. It is often said, that if you want to test a bartender on her or his skill, you simply have to order an Old Fashioned.

Quite frankly, I think this is far over the top and quite priggish. I really don’t like this slightly arrogant attitude that some people create around this drink. Nonetheless I do like the drink itself, which is actually one of the best, albeit simplest cocktails of all time. And certainly one of the first. In a time when the American “Wild West” faced a rapid development of cocktail preferences among the nation’s drinkers, recipes on a whiskey base with the addition of bitters and/or some liqueurs spreaded like a wildfire. It is said that sometimes even deadly shootouts occurred when the whiskey cocktail did not correspond to the personal wishes and ideas of the one who ordered the drink. So over time different names for whiskey cocktails were born, of which one was known as the “Old Fashioned”. And as it happens very often with original versions: in the end they once again become the most popular one.

The Old Fashioned is basically just a “spiced” spirit: flavored with bitters and lightly sweetened. Classically this was done with rye whiskey or bourbon (but also some variants on a Brandy base are common). So you cannot really fail in preparing this drink if you don’t overdo it. Nonetheless, I have seen cocktails called an Old Fashioned that have been served in a Highball glass with orange slices and were filled up to the top with soda water. However, this has rather less to do with the original version. Nevertheless: Who really wants to drink her or his Old Fashioned that way: do it! Personally, I would go for other drinks in such bars.

Anyway: Whether with lemon or orange zest, whether with additional garnish or not, I think that everyone must decide for themselves. I personally like to have the Old Fashioned with some Griottines cherries as a garnish since I really love how they complement a good Rye whiskey. Depending on whether you want to dilute the drink a little faster or a little slower (which must not be negative!), you can use ice cubes, crushed ice or ice spheres for the cocktail. All these are decisions that you can make. 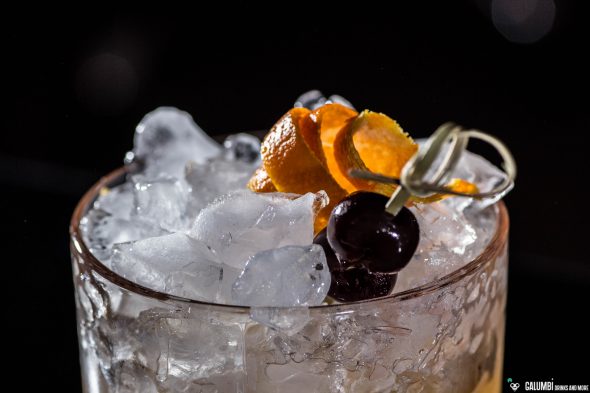 The drink has become a template for countless cocktail recipes. I have presented some Old Fashioned-inspired drinks here on the blog, too. These include for example the Cocoa Old Fashioned, the New Fashioned, the Jerez Old Fashioned & Passionfruit Espuma, the Sweet Old Bakerman, the Old Orchard or the Fiji Gloaming

Preparation: Mix all ingredients in your pre-chilled glass on crushed ice or ice cubes and stir until cold.

Buying sources: Depending on the spirit used. For special varieties a visit to a specialist trade may be required.