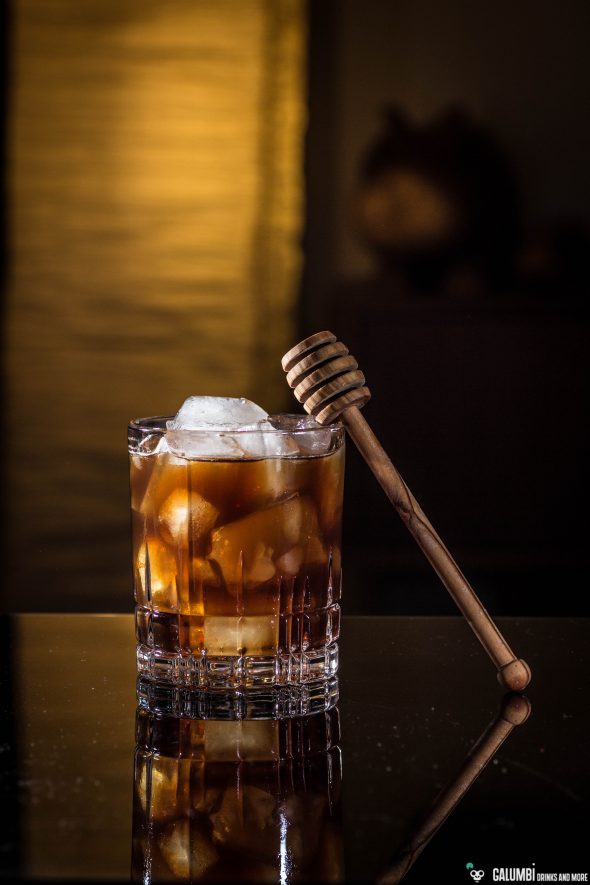 After introducing the Vollkorn by Eugen Schmidt & Söhne yesterday, today I’m directly launching an article about a suitable cocktail for this very unusual spirit. This also has to do with the fact that I have seen a somewhat greater challenge here because I was not so familiar with the taste profile and previously had worked little or not at all with a Korn. But such a challenge is, of course, very exciting and since I couldn’t get the ideas out of my head I went directly to my serving cart and tried something out – and was finally very much pleased.

The idea to this cocktail came to me because of the bread character of the Vollkorn. Already when tasting it neat, the Vollkorn showed a very interesting and unusual sweetness but offered particularly strong rye tones and a very nice maltiness. With the smell of this spirit in mind – which really reminds of freshly baked bread (here the manufacturers Sebastian and Maximilian Schmidt really succeeded) – I immediately had that craving to dribble some honey on a nice, dark bread. Or even to bake a whole honey bread. Anyway, the idea for a cocktail was born. Since I am a great friend of cocktails that still allows the base spirit enough room to breathe, I have opted for an Old Fashioned variant that works with some crucial ingredients to accompany the Vollkorn. 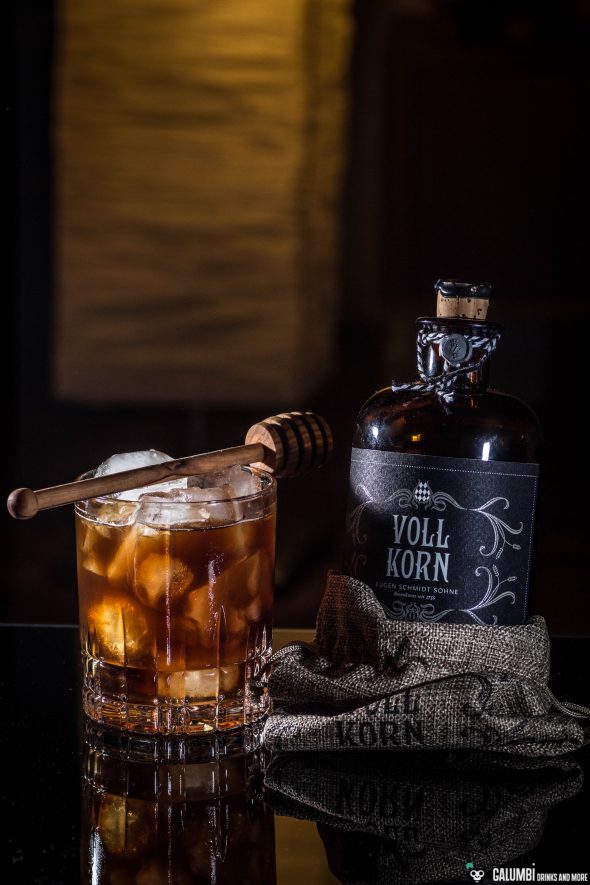 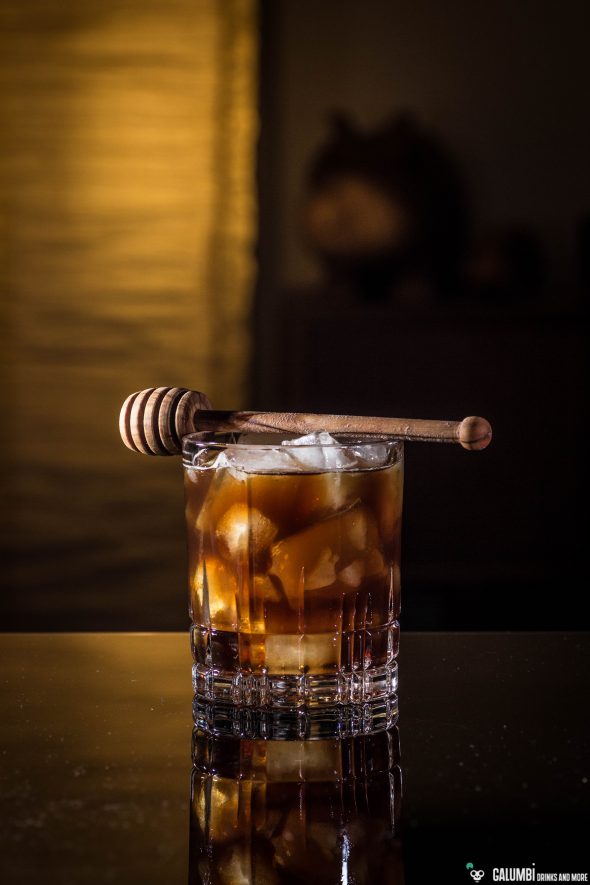 First, there is a very rich Imperial Stout syrup. The Imperial Stout with its powerful, dark roasted aromas is simply a perfect partner for this matter. Beer drinkers are often comparing it with a piece of liquid bread. I also wanted to opt for a really strong stout with pronounced bitter aromas, which is why my choice fell on an Imperial Stout. This I have mixed with sugar in the ratio of 3 parts beer to 1 part sugar, brought it to the boil and allowed it to reduce a little. I did not want to use too much sugar since this would kill the beautiful bitter tones of the Imperial Stout and this I wanted to avoid at all costs. For a decent honey flavor, just a small bar spoon with particularly liquid acacia honey is enough. Its aromas harmonize perfectly with the remaining ingredients. I rounded up the whole thing with a bit of licorice bitters (sounds strange, but really teases more wonderful aromas out of the Imperial Stout syrup) alongside the multi-layered The Bitters Truth Jerry Thomas’s Own Decanter Bitters. The drink is built directly in the glass. The result is really wonderful: honey bread, dark, sweet roasted aromas, a fine and complex bitterness that gives the drink a nice depth and still the Vollkorn shows its typical characteristics. Et voila: The Sweet Old Bakerman! I am really satisfied with this drink. 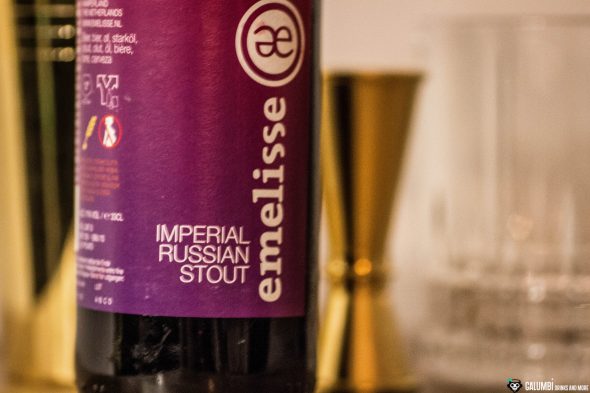 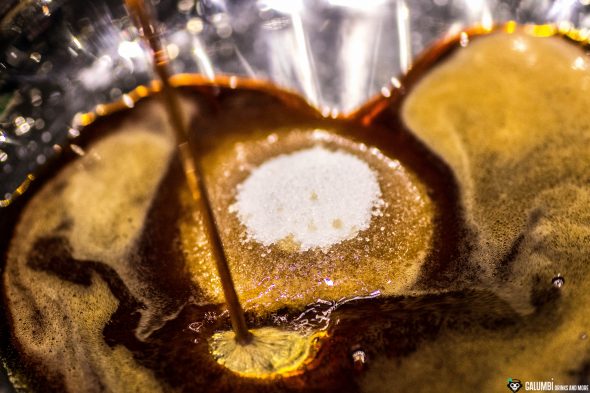 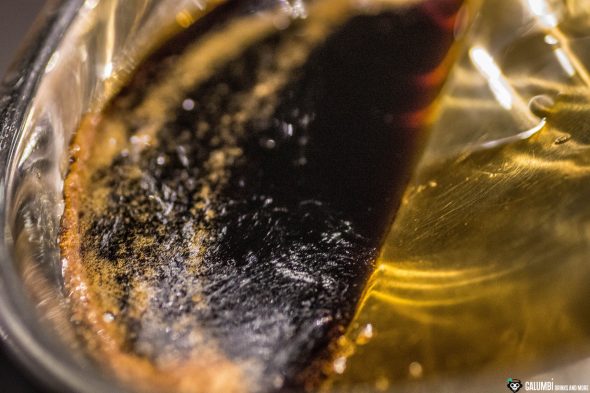 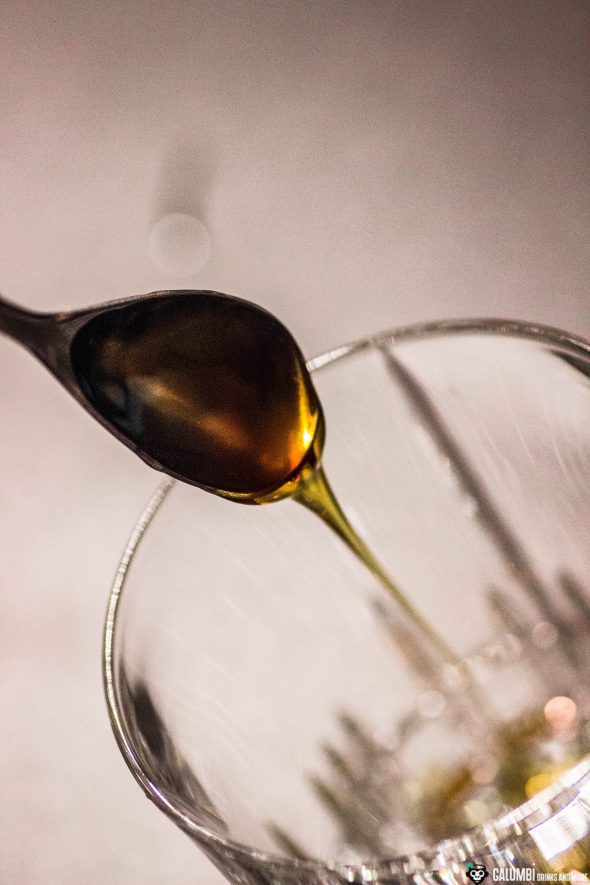 Imperial Stout Syrup: Mix the Imperial Stout with sugar in a 3: 1 ratio, bring to the boil until the sugar has dissolved and then simmer a little until the mixture reduces to a more syrup-like consistency. Allow to cool and use it straight away or put in an airtight container and store in a refrigerator (should be good for about 3-4 days).

Preparation: Add all ingredients directly to the glass without ice and stir for at least 30 seconds with your bar spoon until the honey is homogeneously dissolved. Then add ice cubes and stir again for about 20 seconds until cold. 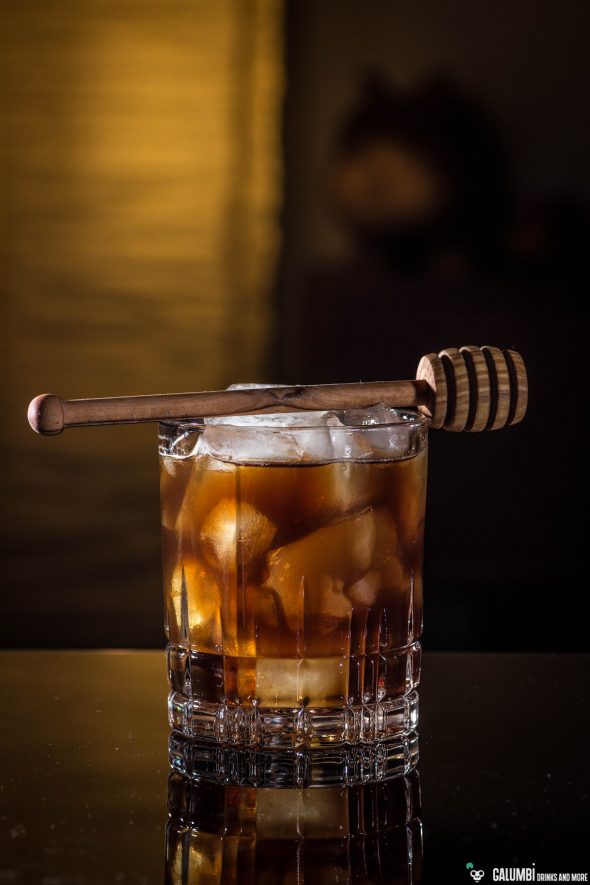 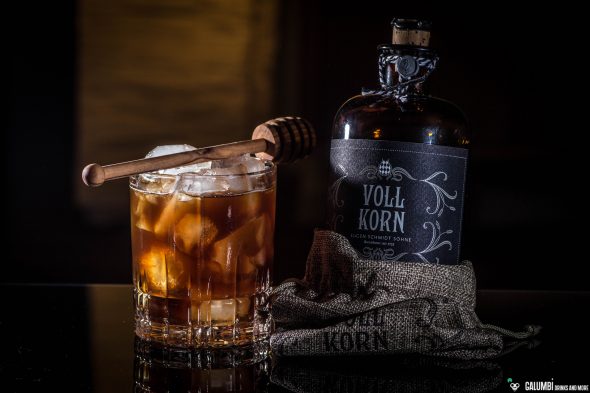