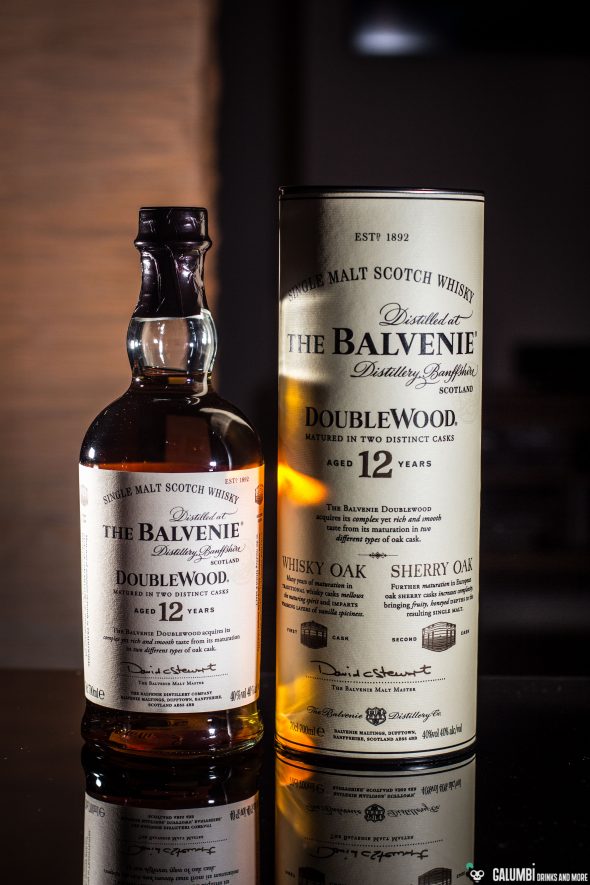 After a long time passed I want to devote today’s article to a single malt whisky. That makes me particularly happy since single malt whiskys are still something very special for me and ultimately my original “home” when it comes to spirits. Although it was actually gin that I first started to “study” intensively, the enthusiasm for Scotch caught me shortly after that. And there is probably no spirit in the world that comes close to the aromatic range of this genre (and there is also no spirit that I have tasted more intensely or widespread). (The product was provided to me by The Balvenie.)*

Therefore, it is almost a pity that I do not write about that topic more often. Of course, this is mainly due to the fact that I put the main focus on cocktails here in the blog and single malt whisky unfortunately is still a very difficult topic in this regard. The whisky community tends to be characterized by a certain conservatism and unfortunately you will still immediately lose the attention of many whisky drinkers if you use the words cocktail and single malt whisky in the same sentence. My personal attitude towards single malts as a cocktail ingredient has changed more or less at a 180 degrees. In the beginning I kept my single malts completely out of the cocktail thing, meanwhile I am a true proponent of seeing them as a completely legitimate ingredient that can play a prominent role in a cocktail … if you do it right and pay attention to a few things!

After all, a lot of rejection simply stems from the fact that most single malt connoisseurs think of whisky as being too much sophisticated to “waste” it in a cocktail. If you look at the effort that is done to create a whisky, the prices and also the great aromatic spectrum of a solid single malt, such a viewpoint makes some sense of course. But only if you use the whisky in the wrong drinks. Even if you should never say never and I don’t want to generally preclude it, I think the use in Sours and Punches is rather suboptimal. Often, too much of the basic spirit’s character is lost or the complexity remains too much in the background (or even vanishes completely). Old Fashioneds, vermouth cocktails or even some simple highballs, on the other hand, are able to skilfully pick up a single malt and with a few small tricks help it to create a great and completely new taste experience. And that’s exactly what I want to do today. 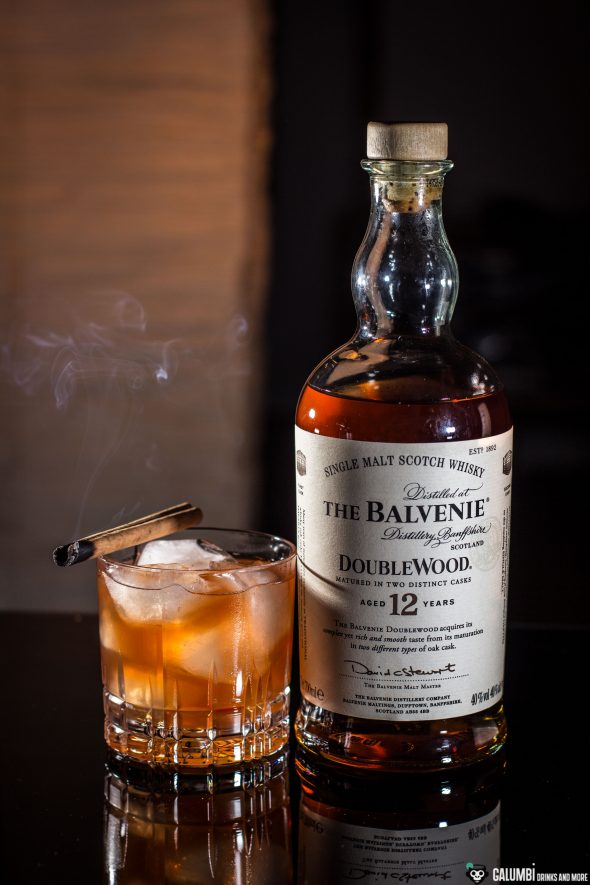 The single malt that I’d like to present and review here is a whisky which is basically very archetypal. It comes from the Scottish Speyside, a whisky region, which is best known for its more floral, fruity, sometimes mild and sweet aromatic whiskys. In the Speyside a huge number of whisky distilleries stills is bustling in a small are (compared to the rest of Scotland) and you can easily lose track. Among the most well-known Speyside distilleries is surely also the “The Balvenie Distillery” which is located in Dufftown. It was founded in 1892 by William J. Grant, who incidentally also founded the famous Glenfiddich Distillery. The distillery, which is equipped with 9 stills, has been distilling single malt whiskys since 1973 (previously, like many Scottish distilleries, they mainly produced whisky for the production of blends). The water that The Balvenie Distillery uses to produce its “water of life” comes from the nearby Robbie Dubh Spring.

But why are we dealing with an “archetypal” whisky? Well, essentially, this has to do with its specific character: The Balvenie Doublewood Aged 12 Years – that’s the full name of this single malt Scotch whisky – is a representative of perhaps the most classic time of maturation with its 12 years of age. At least that’s what used to be true. While in the meantime many whiskys tend to be bottled without an indication of age due to the increased demand and the limited stocks of aged whiskys (so called No-Age-Statement whiskys), an age of 12 years was actually something like the standard in the lower price segment of whisky for a long time. In addition, The Balvenie Doublewood – hence the name – matured in both former bourbon and former sherry casks. Both barrel types are by far the most common and classic containers for maturing Scotch whisky. The exact maturation time in the correlating barrel is not revealed by the manufacturer, but it is quite clear that the whisky was allowed to rest for the longest time in former bourbon barrels, while it is finally finished for one to two years in sherry casks. The sherry notes should therefore be less intense and will most likely work as an accentuation for the whisky. Finally, The Balvenie Doublewood is bottled at an ABV of 40%. That too is a classic value (and at the same time the minimum value for a Scotch Single Malt Whisky). 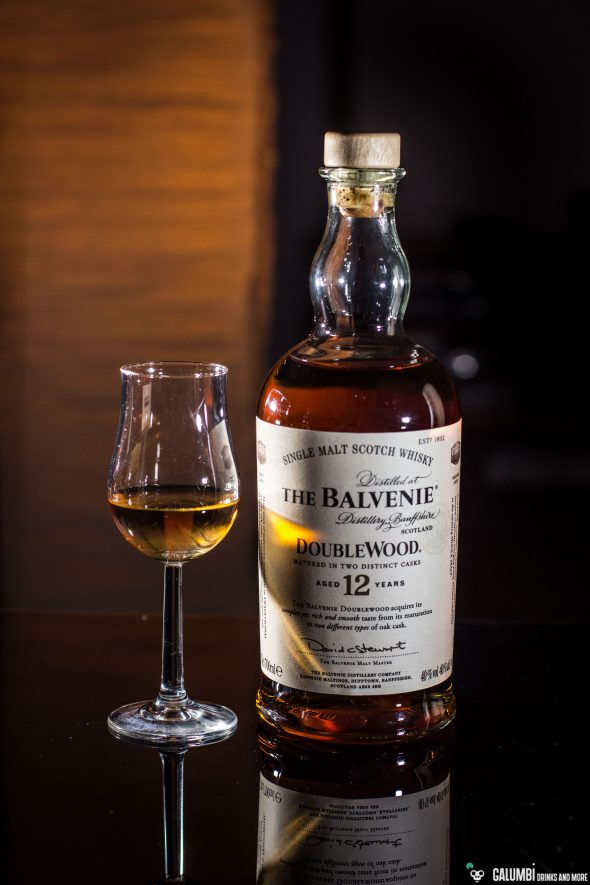 Aroma: The nose reveals surprisingly much sherry with a beautiful and fruity depth: orange marmalade, green apples and honey. Over time, a fine hint of vanilla from the ex-Bourbon barrels makes its way, plus some spicy oak. The Balvenie Doublewood has a great aroma and is a great “ambassador” for Scotch single malt, I can absolutely recommend this bottle to any beginner in that matter without a doubting thought!

Taste: Again, the The Balvenie Doublewood skillfully satisfies expectations. There is no trace of alcoholic sharpness, instead it is very mild and soft with oranges, vanilla, fine spices (cinnamon, nutmeg), a little nut and beautiful oak notes (a touch of chocolate can also be found). If you do not like this whisky, you should really keep your hands off Scotch whisky at all!

Finish: long, with sherry and oak

Wow, I had tasted The Balvenie Doublewood for the last time many years ago, but actually forgot what a great Speyside Malt it is. Of course, you do not have to primarily see it as a cocktail ingredient, but you certainly can!

And that’s exactly what I want to demonstrate! Basically, the cocktail is quite simple and merely picks up on the basic character of The Balvenie Doublewood to underline it here and there. And not because the whisky needs it, but because the cocktail can do so! The drink also turns out a little Christmassy, which of course is a very nice thing in view of the approaching advent season.

The drink is named “Speyside Ambrosia” and is a variation of an Old Fashioned cocktail with a clove and honey syrup, Peychaud’s and Orange Bitters. A little cinnamon smoke completes the drink while serving. Simple, yet elegant and definitely not only a great drink for Christmas!

Clove & honey syrup: Heat one part of water and one part of forest honey together with cloves (about 8 cloves per 100ml) and a cardamom pod in a pan. Stir and simmer for a few minutes until a syrupy consistency has formed.

Preparation: Mix all ingredients in your glass filled with fresh ice cubes. 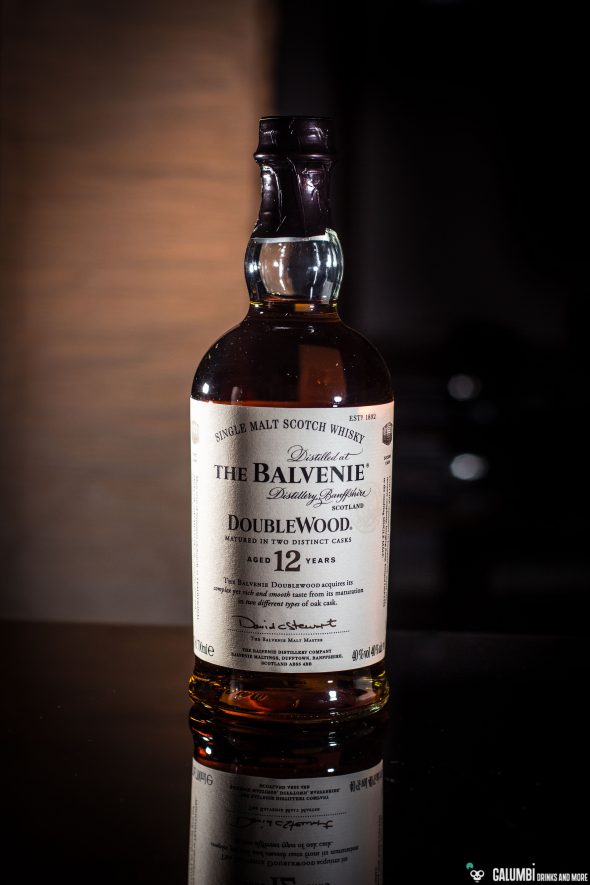 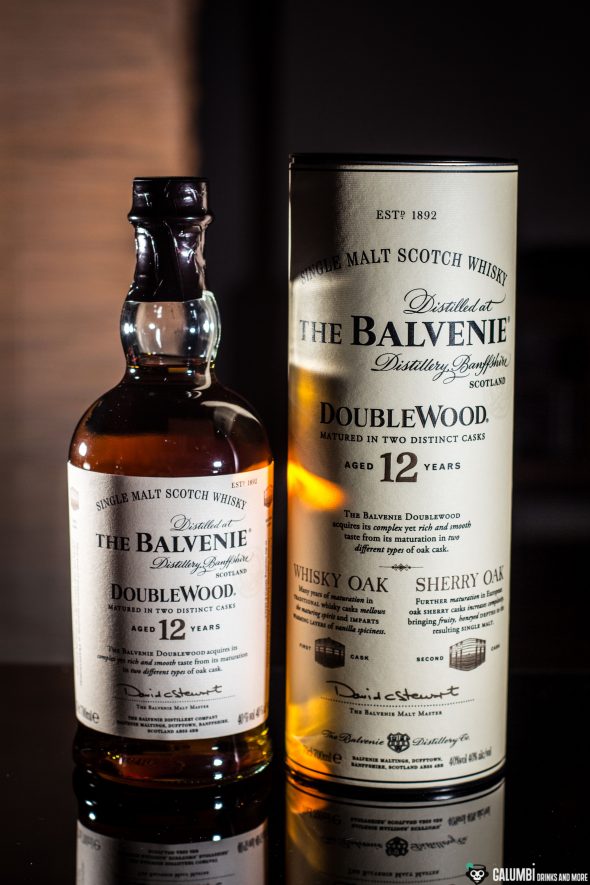 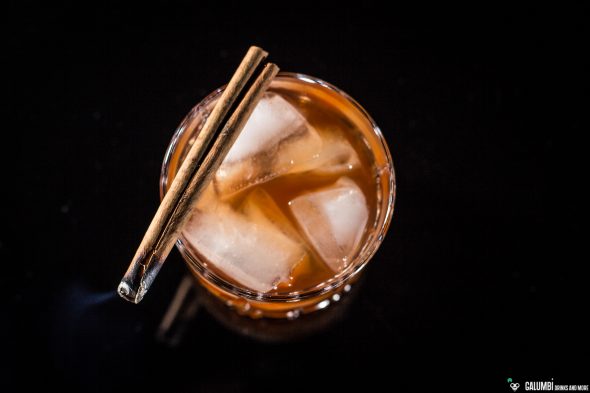