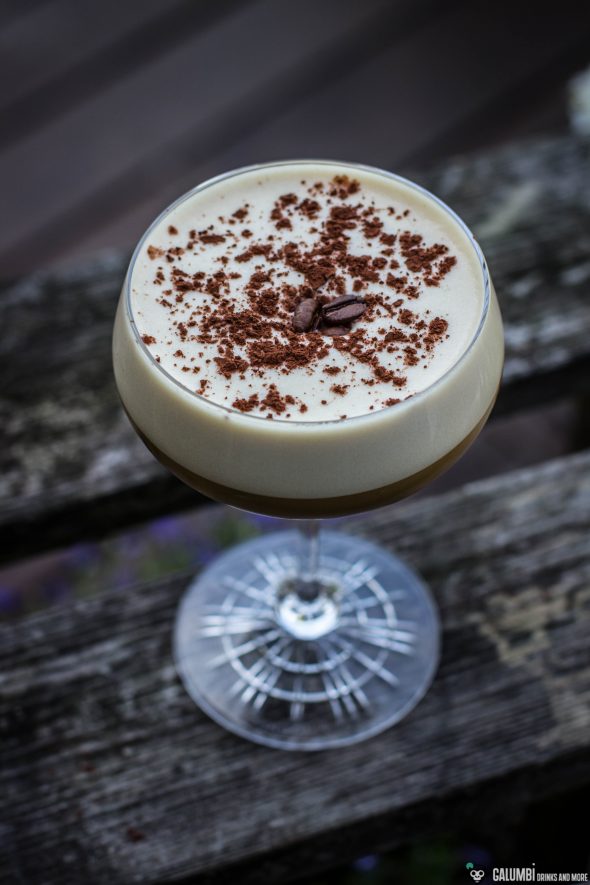 Oscar Wilde, William Butler Yeats, James Joyce, John Boyd; there are quite some Irish writers who have made it to world fame. And they all drank an Irish whiskey to bolster their creativity: the Writer’s Tears from the Walsh Whiskey Distillery in Carlow… Well, (of course) that’s fictitious nonsense. I won’t deny that whiskey perhaps gave the decisive boost to some passages, but the Writer’s Tears was certainly not drunk by the above-mentioned gentlemen. Nevertheless, it is probably exactly this nimbus that the marketing department had in mind when they decided to allude to the great Irish writer tradition and the cross connections between alcohol consumption and creativity with the name Writer’s Tears. (provided test product)*

The Writer’s Tears is a blend of single malt and single pot still whiskeys (these are whiskeys that are also partly distilled from unmalted barley on pot stills) which was distilled on copper pot stills. With an ABV of 40% vol., we’re offered an uncomplicated drinking strength suitable for beginners and advanced equally. The Writer’s Tears Irish Whiskey, however, does not have an age indication. The maturation took place in former Bourbon barrels. 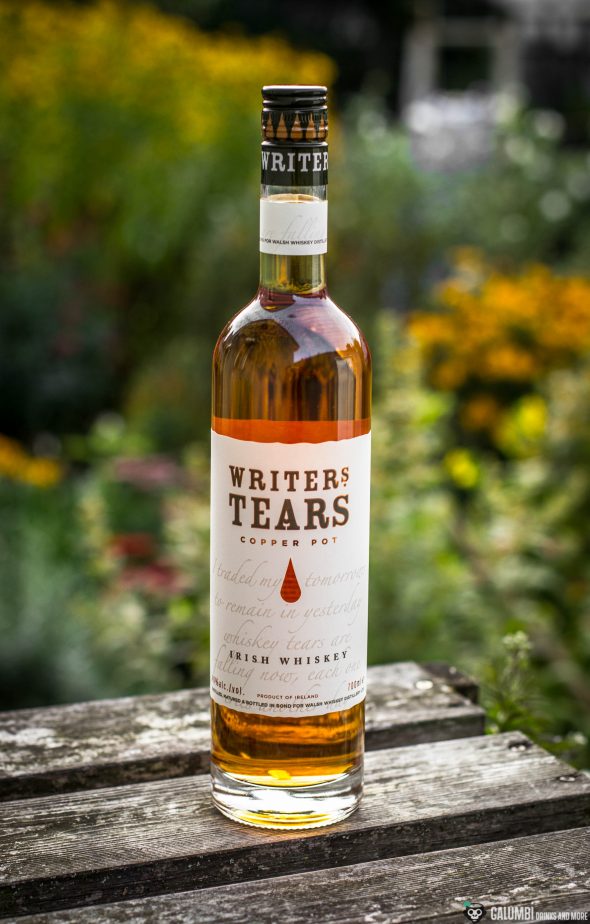 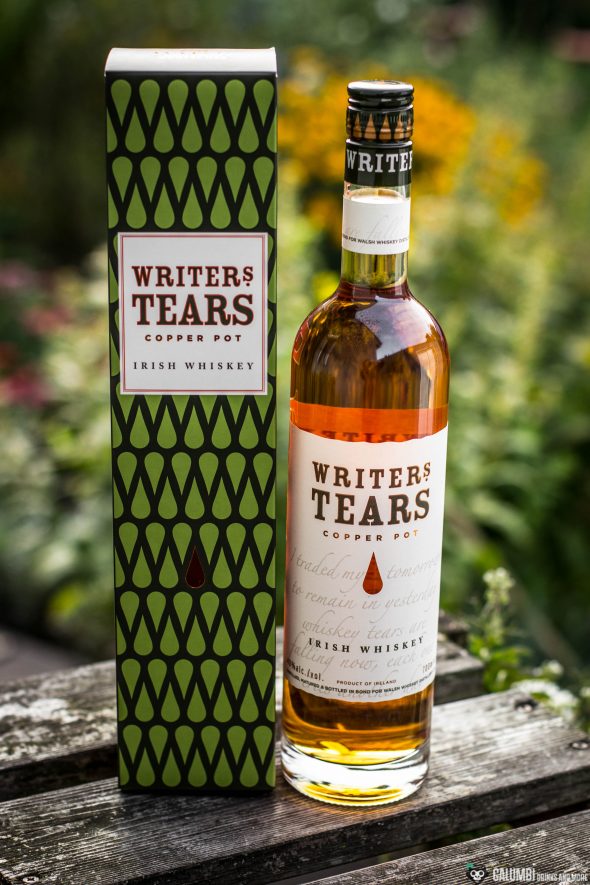 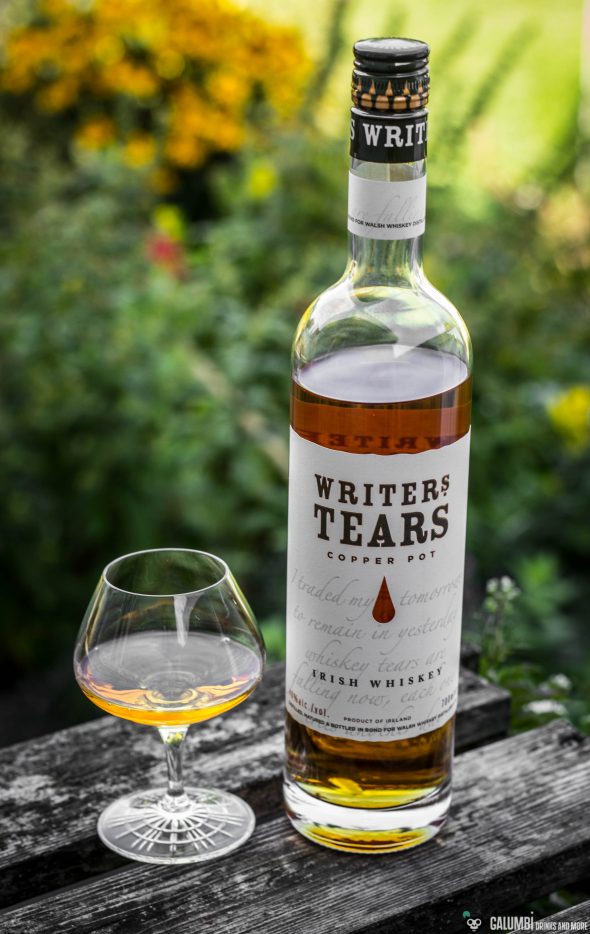 Aroma: First, I can find some malt, honey and light spices (nutmeg, cinnamon, but especially pimento). The whisky makes a solid impression and does not appear one-dimensional at all, above all there is a hint of instant lemon tea, after some time also vanilla and light fruit notes increasingly come to the fore.

Taste: Also, here my first impressions are cereal tones with honey, I must think of freshly baked honey bread. Over time, herbaceous and floral notes come through, but also apricot and banana show up. The Writer’s Tears can’t hide its presumably younger age completely, because a certain metallic note of the alcohol is recognizable – nevertheless it doesn’t turn out to be sharp or unpleasant, rather it creates a quite mild and balanced picture.

Finish: some oak with spices, peanuts and a light clover honey.

I’ll put it bluntly: This whiskey of course doesn’t play in the royal class of the barley distillates, and I wouldn’t want to advertise it here as an absolute insider tip. However, it cuts a fine figure when having it neat and it has what it takes to be what some people might call an “everyday’s dram”. Nevertheless, I see its real strength in its mixability, because I have very little to criticize about the aroma profile – with the exception of the still recognizably young age. And this plays a rather subordinate role in a drink if you don’t necessarily make an Old Fashioned with this whiskey (and even there it would weigh less heavily). But today I decided to make a flip, a type of cocktail I haven’t made in a while. In a way, I created a kind of Celtic bridge to Galicia in the north of Spain. The also Celtic region on the Iberian peninsula has some nice ingredients that harmonize very well with the Writer’s Tears Whiskey (I wrote a little more about Galicia in my article about the Queimada). In my Celtic Cream Cocktail (the drink is called that way because of its creamy consistency, not because it contains cream) I used a Galician coffee liqueur next to the Writer’s Tears and a little Maria Castaña, a Galician liqueur wine flavoured with roasted chestnuts. Sure, these ingredients are very special, I am well aware of that, but you can also change the drink and simply take another coffee liqueur and leave out the dessert wine. Then the drink needs a different name, of course. 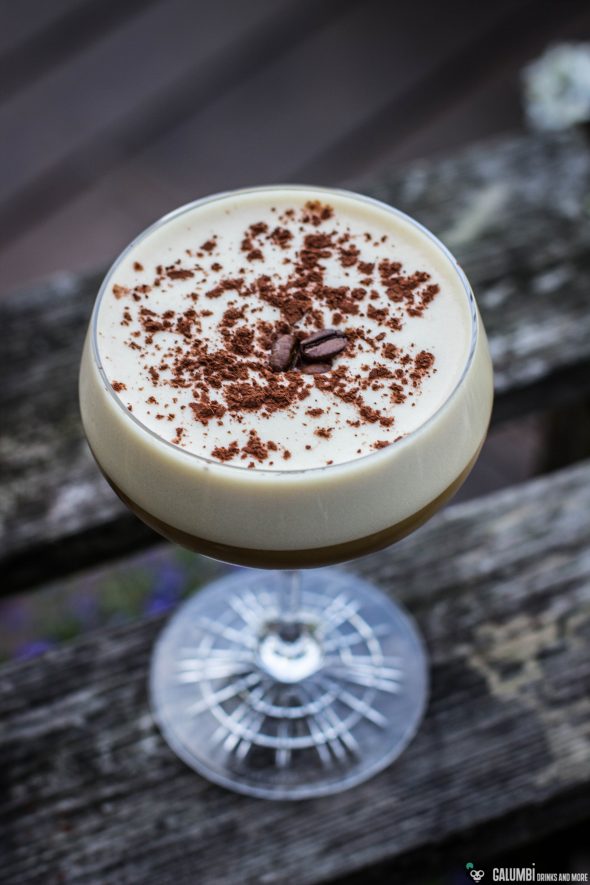 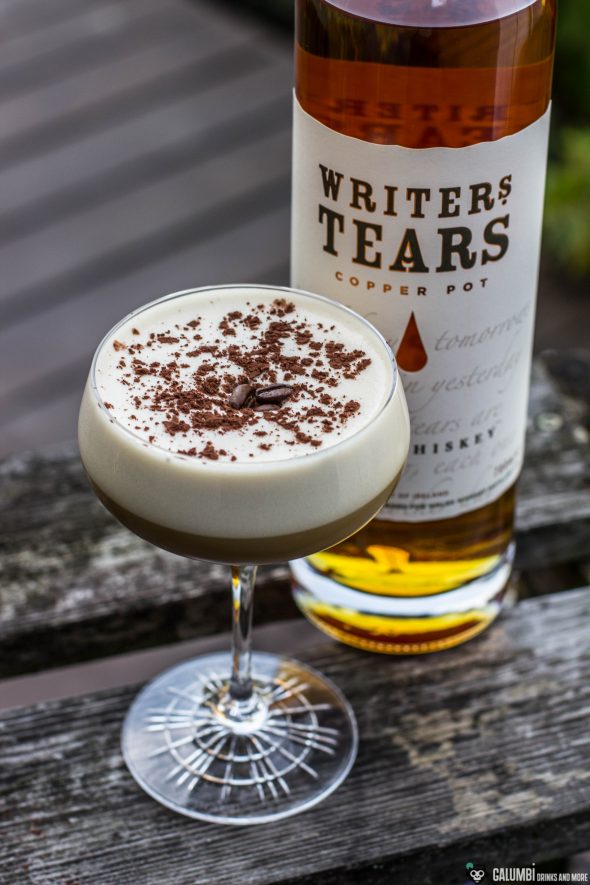 Preparation: Add all ingredients into a shaker and perform a strong dry shake (alternatively whip until frothy with a milk frother). Then add ice cubes and shake vigorously. Finally strain into a pre-cooled glass. 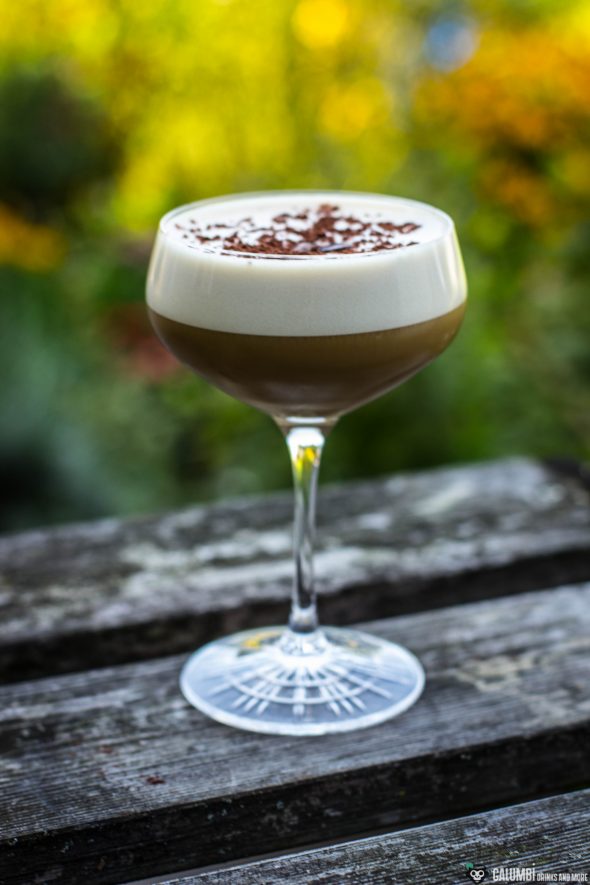 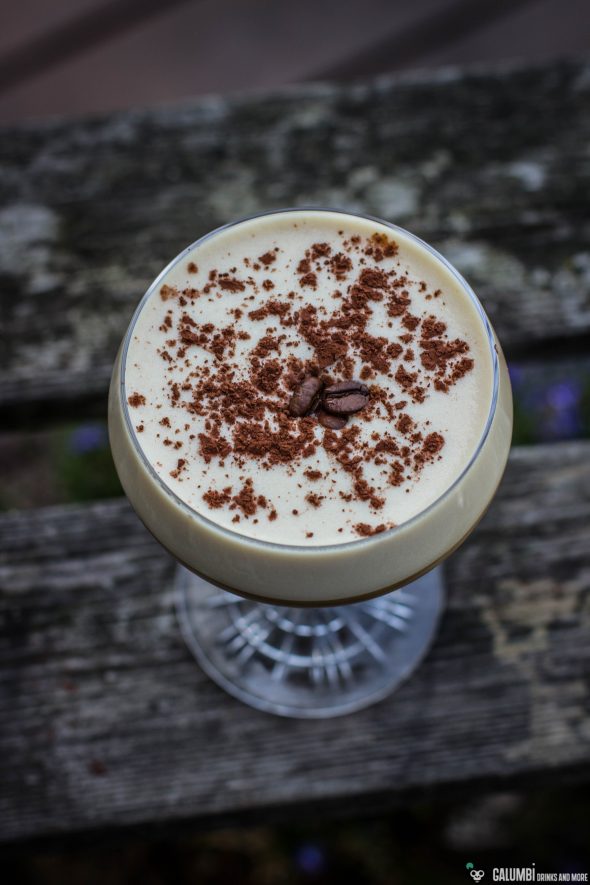