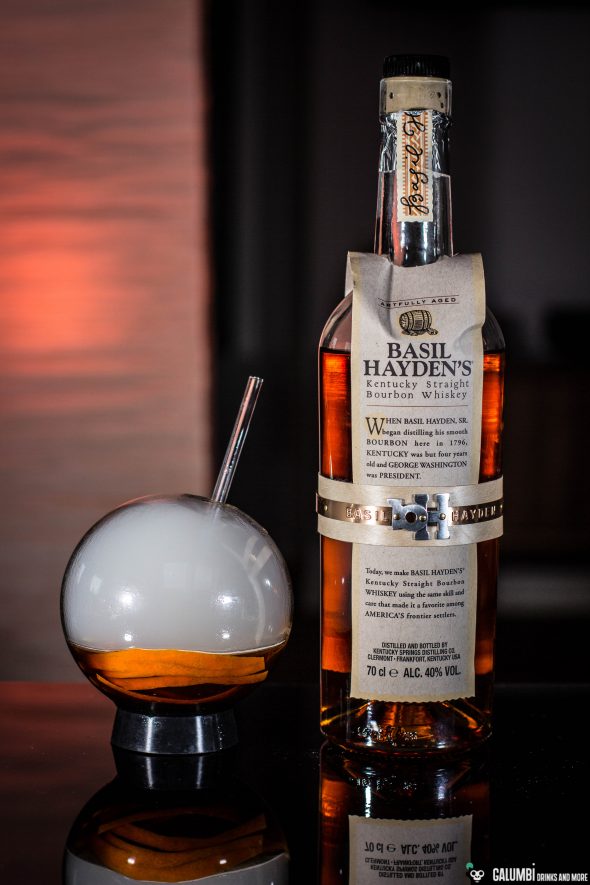 Since I had already announced to create a cocktail based on the very nice Basil Hayden’s Kentucky Straight Bourbon, I want to keep a word today and present that drink to you. I would also like to give a short “warning” in advance that this is a cocktail with a bit more “hullabaloo”, but it is really worth it! If the effort is too much for you, I can of course also recommend using the Basil Hayden’s in a well-made classic drink such as an Old Fashioned or simply a Whiskey Sour.

Ultimately, it was the increased amount of rye in the Basil Hayden’s which triggered the initial idea for today’s cocktail. The Dr. Kebler’s Wild and Crazy Cocktail is certainly a mixture of different influences, of which the Toronto cocktail is the most central. This lightly sugar-sweetened Angostura-flavored drink of rye whiskey (originally Canadian whiskey) and Fernet Branca is a drink I appreciate very much. In the end, however, it was also the idea to create a somehow crazy version of whiskey cola, which would at first glance not have much in common with the hackneyed highball. And if you now consider that Fernet Branca in Argentina is so popular together with cola, so Fernet Branca decided to build their own distillery there, then it becomes clear what was the third cocktail (respectively long drink) that influenced me.

The name of the drink by the way is an allusion to an early historical mention of Whiskey Cola. An employee of the United States Bureau of Chemistry, Dr. Kebler, was to investigate the consequences of drinking cola in 1907 and stated about the “Coca Cola Highball”, which especially soldiers liked to drink, that it drove them “wild and crazy”. Wild and crazy are definitely also attributes of today’s cocktail because my “Dr. Kebler’s Wild and Crazy” offers very intense, wild flavors. In addition to that it contains the rather rare momentum of a little cola (I’ve used the Fentimans Curiosity Cola) and some aromatic smoke. The cocktail is definitely not to be mistaken for an ordinary whiskey cola because it tastes much stronger, less sweet and spicier so I would rather classify the drink as a drinker’s cocktail. 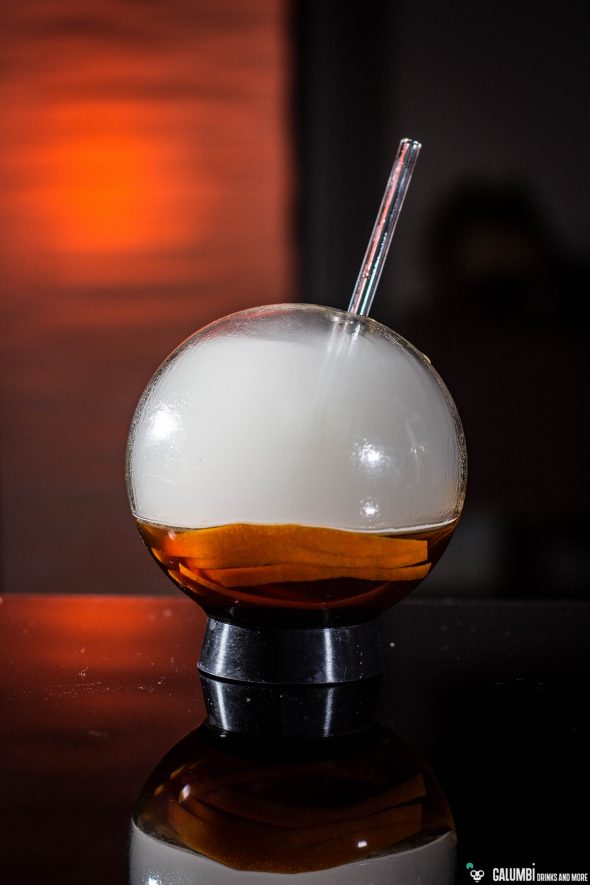 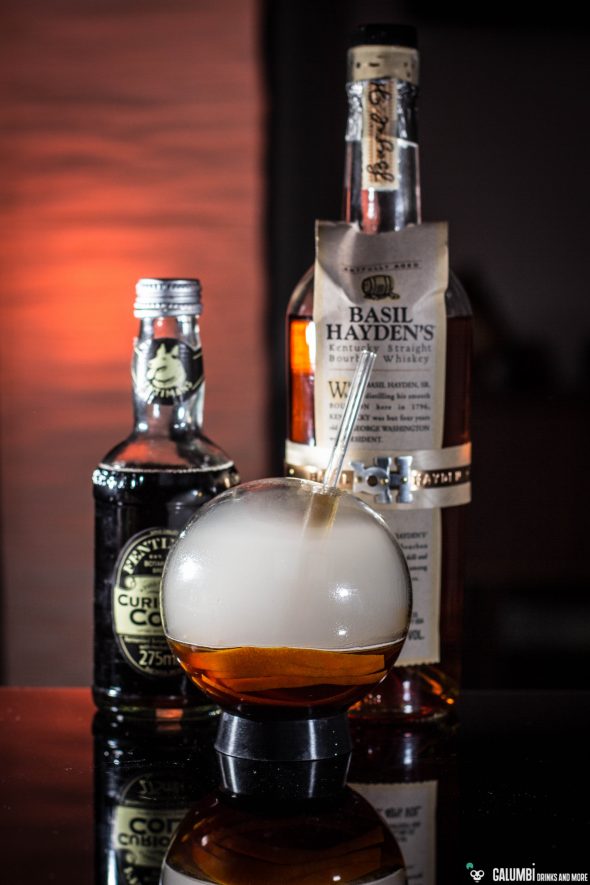 As you might see in the pictures, I have used the HALM glass from Jakobsen Design. It is not necessary to use this glass and it also works in a smoked tumbler: Simply fill the tumbler with smoke for a few seconds, allow it to stand for a short time upside down, then allow the smoke to escape and add the ingredients. This method of preparation also has the advantage that the smoke note is not quite as intense as in the HALM glass, where the aromatic smoke has continuing contact with the liquid. The drink in the HALM glass is of course far more eye-catchy.

Oh, I almost forgot: the aromatic smoke is made from small-cut lemon and orange zests, some green cardamom, cloves and cinnamon bark. If you’re not afraid of the effort, the Dr. Kebler’s Wild and Crazy will take you on an intense journey. 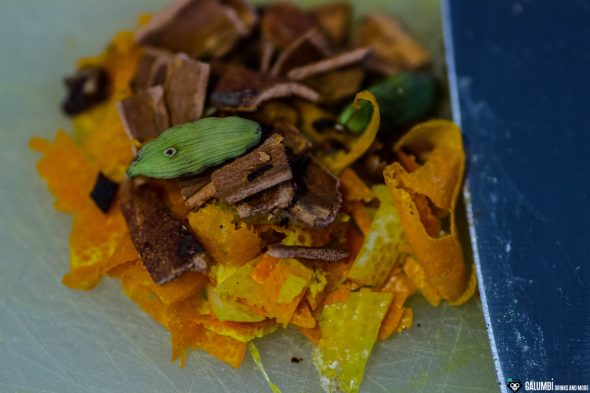 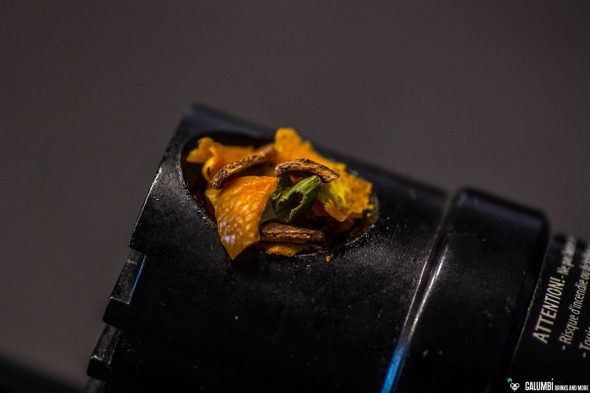 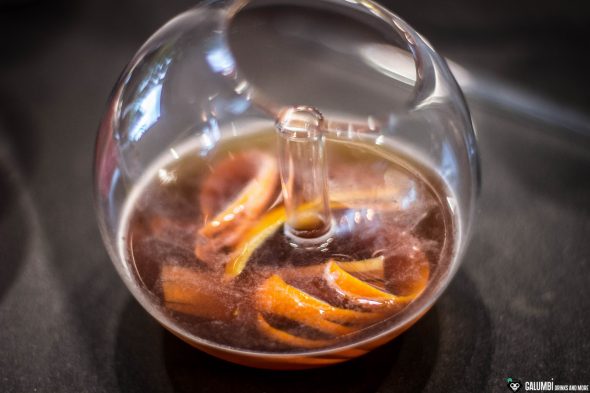 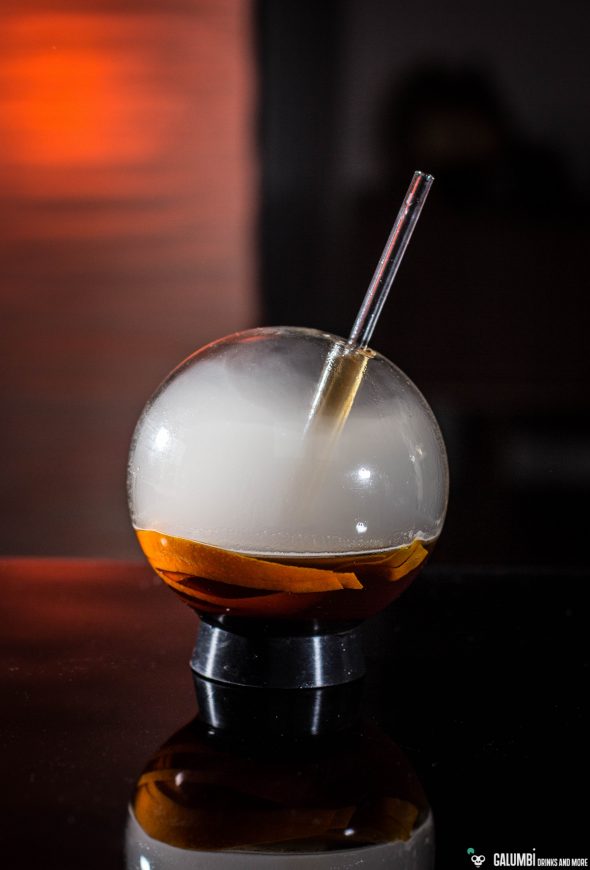