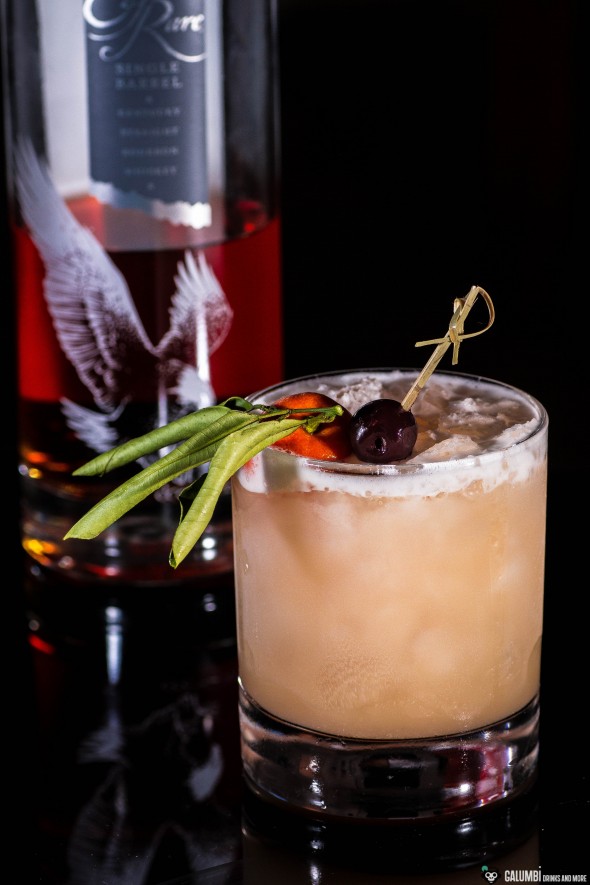 The Whiskey Sour is certainly one of the most famous cocktails in the world. But what’s the reason for that? Surely one reason might be his proud age, on the other hand, of course, the really outstanding and timeless taste so many people loved throughout the decades and centuries. The origins of the Whiskey Sour are somehow ambiguous, although there is growing evidence to find its context of origin: The oldest known source dates back to 1870, in which the drink was mentioned in a newspaper article published in the US state of Wisconsin. In 1962, the Argentine Universidad del Cuyo from the city state of Mendoza claimed to have found evidence that the drink goes back to a British steward named Elliot Stubb who is aid to have invented the drink in 1872. The exact historical truth will maybe dwell forever in the dark.

Whether it was 1870 or 1872, the whiskey sour was and still is a real revelation of taste : The vanilla notes of bourbon (which of course can be replaced by other types of whiskey) harmonize perfectly with the contrast of syrup and citrus fruit typical for a Sour cocktail. Normally Sours contain sugar syrup and acid in a balanced ratio. Of course there are many versions of the Whiskey Sour out there, but I like a variant that’s a little bit more on the acid side (after all the drink is called a Sour), so I add a little more lemon juice. Traditionally the drink also contains the white of one egg, but there are also countless variations without egg white (or even with cream).

Eggs in cocktails are certainly not everyone’s cup of tea, many shy away from health risks. However, if you use fresh quality eggs in combination with alcohol, the risk is virtually at zero. I like the egg white in the drink, because it affects the drinking experience through changing the consistency of the cocktail. Also you can try one or two small Dashes of Angostura Bitters. It gives the cocktail a more complex depth, which is why I recommend using Bitters also.

The most important role in a Whiskey Sour of course is played by the Whisk (e)y itself. As stated above, I prefer bourbon in this drink. There are also variants with Irish or Scotch Whisk(e)y. Some of them even with smoky Islay malts, which is not really my favorite in a Sour. So you should pay attention to what you really want to drink. While the order of a classic martini in a bar can very easily lead to a minute-long talk about gins, type and amount of vermouth or stirring techniques, there is also a good chance that a guest who wants to order a Whisk(e)y Sour first wants to have an overview of the available whisk(e)ys .

In the variant shown in the photograph I have chosen a 10-year-old Eagle Rare Kentucky Straight Bourbon, a truly magnificent Bourbon! It’s sweet – which suits the cocktail very well – full bodied and has strong vanilla tones. Besides that you can find hints of honey and much fruitiness. All these notes add up fine with the remaining ingredients. The classic garnish for a Whiskey Sour is a slice of orange and a cherry; here I’ve chosen a fragrant golden orange and a Griottine Cherry.

6 cl bourbon or other Whisk(e)y

½ of an egg white

Combine all ingredients in a shaker and shake vigorously without ice for 30 seconds to form a homogeneous emulsion of the ingredients. Then fill the shaker with ice and shake for another 30 seconds. Pour in a pre-cooled, ice-filled tumbler and garnish with orange slice and a cherry.

5 thoughts on “The Whiskey Sour”