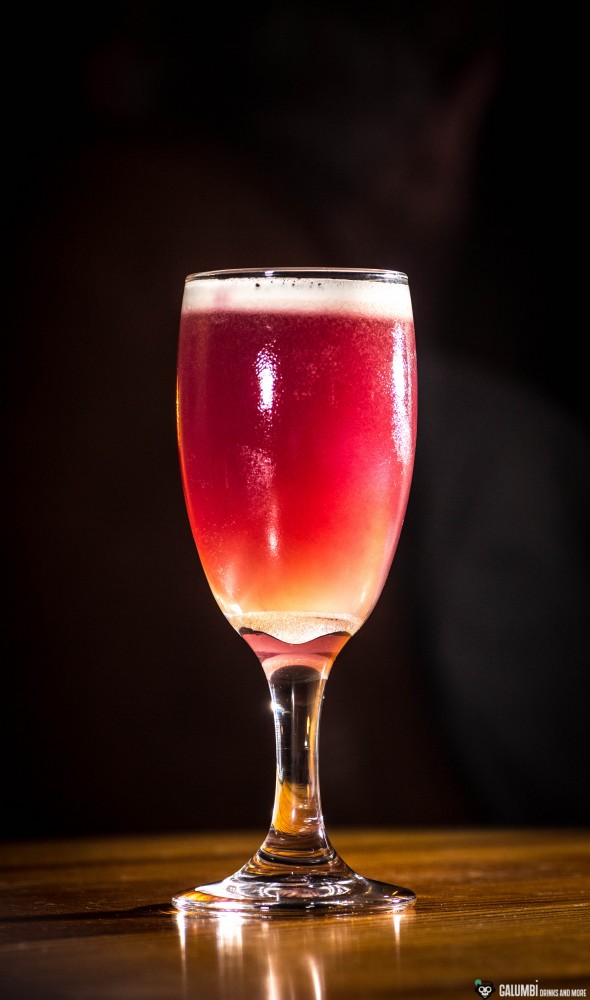 Sours are absolute classics among the cocktails and are based on a very simple principle: A source of sourness, usually citrus juices, is countered by a sugar source, usually a syrup or liqueur. This balanced mixture builds the fundament for the base spirit (usually gin, whisk(e)y or rum). Sometimes also egg white is used.

There are many famous Sours, such as the Whiskey Sour, the Gimlet, the Margarita, the Daiquiri and many more. Today’s New York Sour is based on the famous Whiskey Sour, but still adds a very interesting component. Why the drink is called New York Sour, however, is not entirely clear, because it was invented in Chicago under the name Continental Sour. It is supposed that it was popularized by New York bartenders who liked to prepare the drink in the beginning of the 20th century.

The main difference to the Whiskey Sour is a little red wine on top of the cocktail, so that a red layer is “floating” on the drink. In the photo it has already started to mix up with the other ingredients of the cockail, which can also create a beautiful effect. Here you can proceed to taste and vary it as you like. In addition, Rye whiskey is used for the New York Sour. I have chosen a Whistlepig 100% Rye.

The taste is very much enriched by the dry red wine! It adds more depth and complexity through dark and fruity notes and thereby makes the New York Sour a real treat.

Shake all ingredients except the red wine vigorously with ice and add to a precooled glass. At last, float with red wine.

Buying Sources: All ingredients should be found in supermarkets. If you’re looking for a better or more special rye whiskey, you will find it in specialized stores or online.