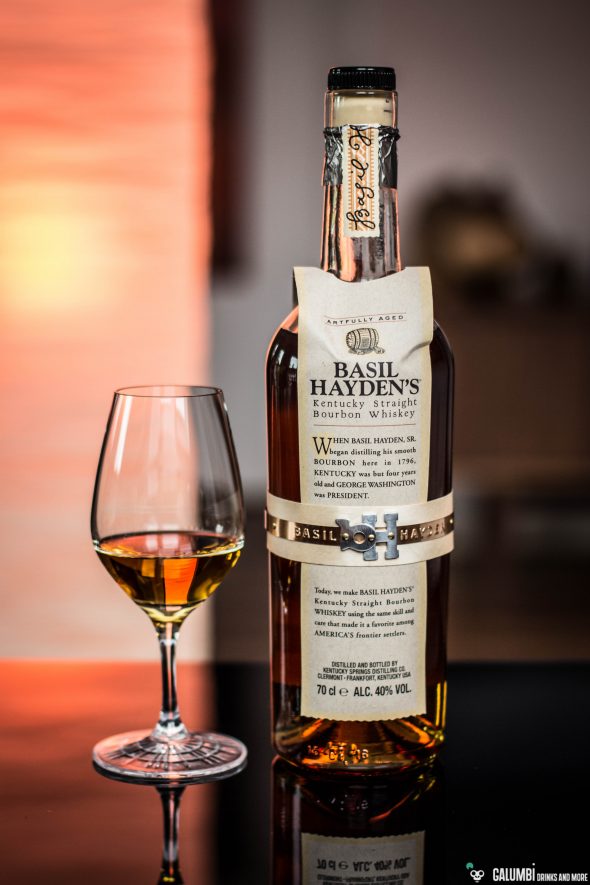 Are some spirits simply bought because of their outward appearance? Don’t you know these bottles on the shelf that you simply keep staring at every time you pass by? Of course there are such bottles, although everyone who is concerned with high-quality spirits for a certain time knows that the exterior should not play any role for the final buying decision. But the sales figures of some bottles clearly speak for the designers responsible for those bottles. (provided test product)

With these introductory thoughts, one could easily get the impression that I am preparing a damning review of a pretty bottle here, but far from it! These thoughts simply came to me because today’s bottle is one that I have noticed again and again for years and which I simply consider as outstanding even among the really appealingly designed bottles. The Basil Hayden’s Kentucky Straight Bourbon Whiskey is simply an eye-catcher. This, of course, does not guarantee any quality of its content but nevertheless this is a bottle most suitable for every cabinet at home and it is very likely that visiting friends will ask you on a regular basis what kind of whiskey that is. The elegantly vaulted label and the beautiful bordure with the brand name bestow a classy and also historical element upon the Basil Hayden’s. And this is not done by chance since this whiskey looks back on a proud tradition. 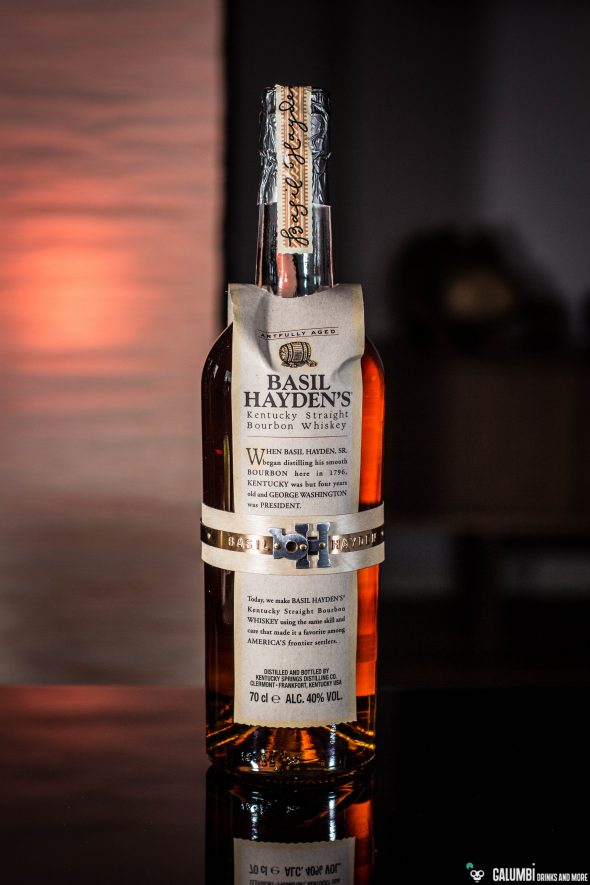 It is named after Basil Hayden, Sr., who was the distiller of the first Whiskey that is considered to be the initial distillate on which today’s producers refer to. Hayden came from a Catholic family which emigrated to North America in the course of the religious conflicts in England. While in the 17th century they originally settled in the colony of Virginia, the Haydens later moved to the newly founded state of Kentucky, where Basil Hayden, Sr. developed his original recipe. Of course you should not really think that ever since that time this whiskey was produced the same way and sold under the same name. For example Basil Hayden, Sr.’s grandson Raymond B. Hayden founded his own distillery in Nelson County and sold his whiskey as a tribute to his grandfather under the name “Old Grand-Dad” (it is still available today). And of course, today’s Basil Hayden’s Kentucky Straight Bourbon is not a one-to-one conversion of the old original recipe, but it is based on it. The specialty of this recipe was the untypically high content of rye in the mash for this bourbon. Although the manufacturer Beam Suntory does not reveal how large the rye amount exactly is. For me this sounds very appealing, because I really like Rye Whiskey and so this bottle promises to be more full-bodied and with richer aromas than a regular Bourbon. But more about that below.

Basil Hayden’s is a series of small batch Bourbons from Beam Suntory, which are produced in much smaller numbers compared to the “flagship”, the Jim Beam Bourbon. Thus they are representing the premium segment of Bourbon in the product range of Beam Suntory. In contrast to the other bottlings of the small batch series, Baker’s, Booker’s and Knob Creek, it is the one bottled with the lowest alcohol strength (80 proof or 40% ABV). Oh, and who has been watching the bourbon market for a while will probably have noticed that earlier bottlings of Basil Hayden’s had the age of 8 years indicated on the bottle. This was canceled in 2014 and replaced by the empty phrase “Artfully Aged”, which is nothing more than pure marketing blah-blah. The economic reasons for this decision can only be guessed at, but it is nonetheless still to be assumed that we are not dealing with a much younger whiskey here for the responsible blend master has to ensure a similar quality to uphold the brand’s reputation. Besides that: If there would be bourbons younger than 4 years in this bottle it would have to be indicated on the label. In this respect, the youngest drops in this bottle are definitely older than 4 years). 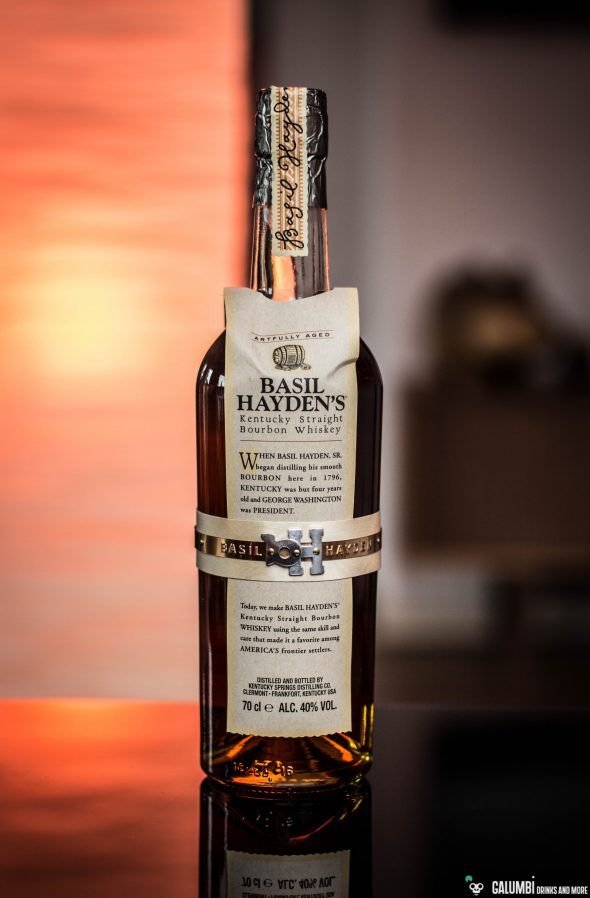 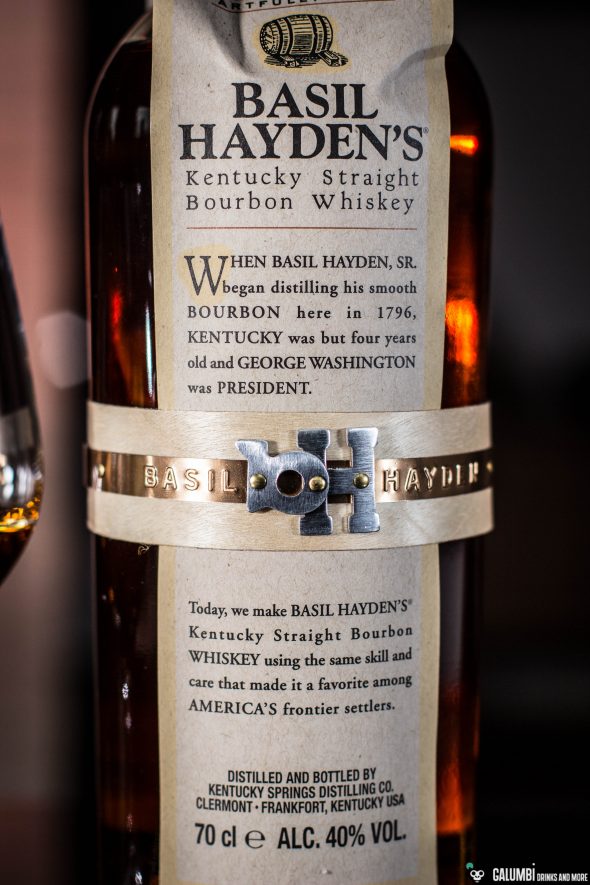 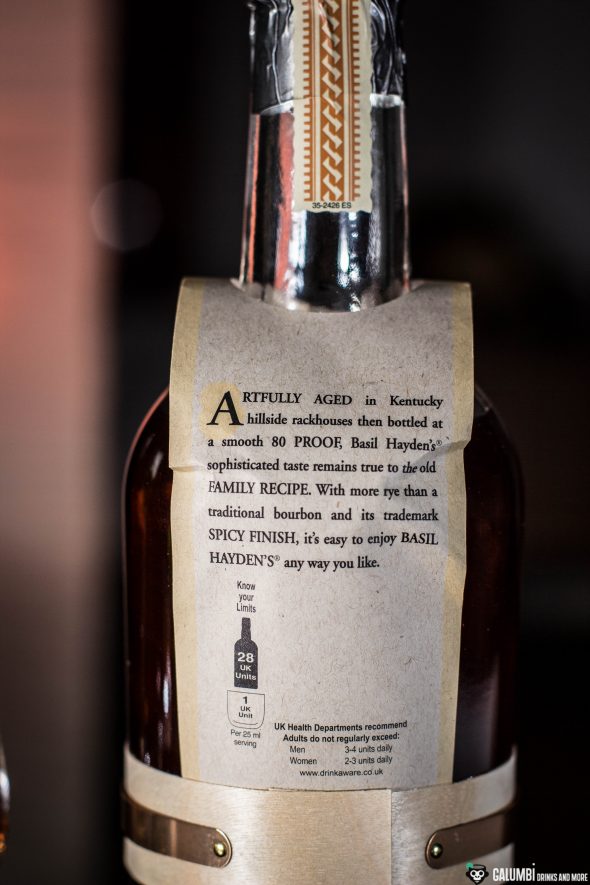 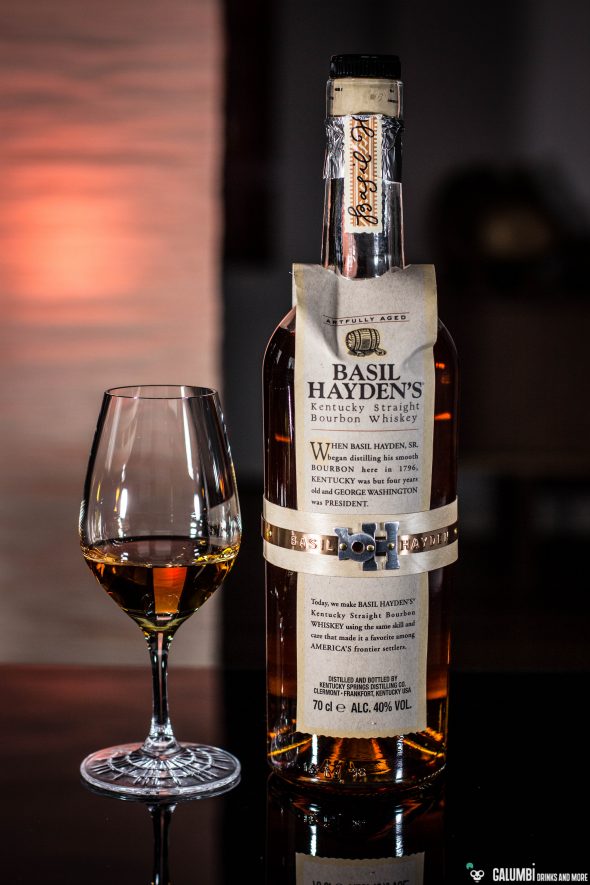 Aroma: You can immediately notice the higher amount of rye: the typical Bourbon notes are accompanied by a spicy and more powerful component. There is grain, a little puffed rice, vanilla, black tea, a very fine honey and some subtle orange resulting in a very appealing nose.

Taste: The Basil Hayden’s is noticeably soft, yet still full-bodied. Strong vanilla joins the noticeable rye, again there is a little honey and some tea. Orange tones are hardly noticeable on the palate, but actually I can find the pepper described by many reviewers.

Finish: dry, spicy and long lasting. A beautiful bourbon, which, despite a rather low drinking strength, offers a very pleasing and delightful flavor.

I already have a very special cocktail idea in mind, but more on that in the next days. (Update: you can find the article on the Dr. Kebler’s Wild and Crazy cocktail here.)