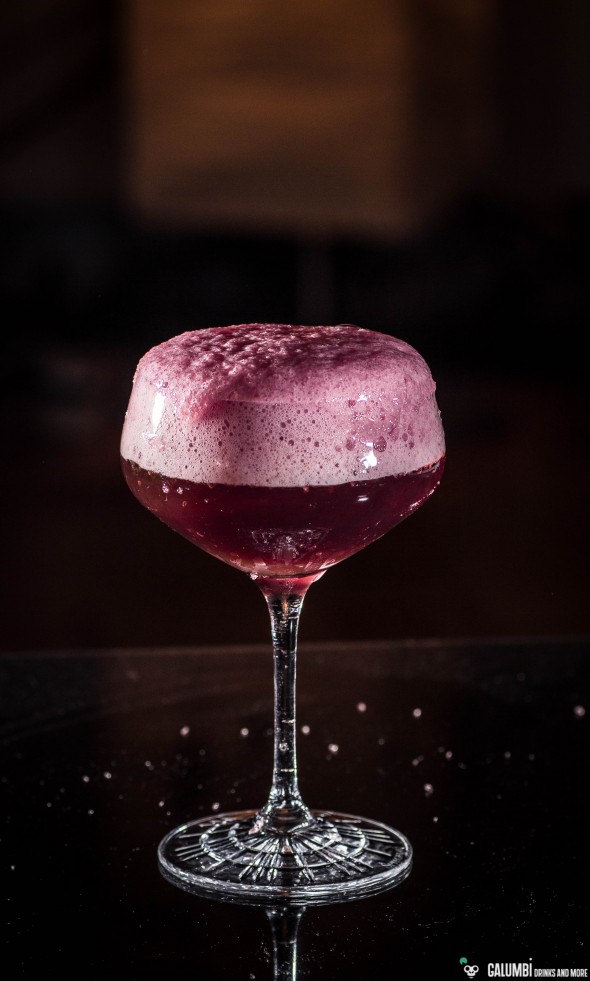 So after a few days of abstinence and of recovering from New Year’s Eve it’s time to welcome the first Saturday of the new year 2016 with a nice little drink. For this occasion I have chosen a very special cocktail, which skillfully combines old and new and therefore ideally suits the occasion. It is a drink with the sonorous, somewhat bulky but nonetheless programmatic name “Jerez Old Fashioned & Passionfruit-Espuma”.

The name essentially tells everything about what we’re dealing with: a drink made in the traditional method of the Old Fashioned cocktail based on Spanish Brandy with dark viscous Pedro Ximenez Sherry and Fee Brothers Barrel Aged Bitters. A truly wonderful combination that is! Already in itself a worthwhile cocktail.

However, the actual, contemporary twist is bestowed on the drink by passionfruit espuma, which opposes the strong, dark barrel aromas and heavy-sweet wine tones with a very interesting, fruity, acidic counterpoint. But what actually is passionfruit espuma? Espuma actually means “foam” and originated in the molecular gastronomy of Spanish starred chef Ferran Adrià. The use of Espuma at the bar is therefore another evidence of the often blurred line between haute cuisine and cocktail gastronomy, which is increasingly common especially in the prime segment.

Espuma is prepared by enriching juices, cream or syrup (often combined with eggwhite and gelling agents) with nitrous oxide capsules in a siphon where the foam is created by the gas in the pressure-tight container. So you can applicate it on cocktails (or several dishes) afterwards. However, Espuma is very volatile and fragile and usually does not last particularly long, a feature which makes it quite suitable for cocktails, since usually a drink does not remain untouched for several hours. Not to mention the nice appearance. 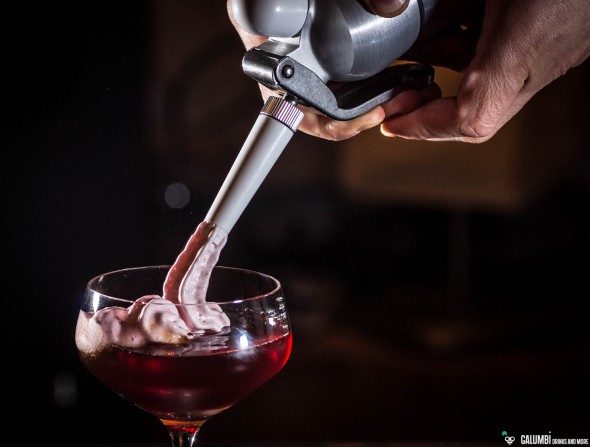 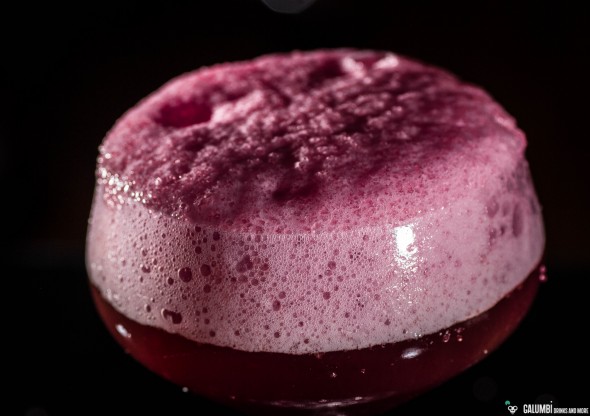 The recipe for this drink I have once more taken from the book “Cocktailian – Das Handbuch der Bar”, where it is listed as a self-creation of the Authors Helmut Adam, Jens Hasenbein and Bastian Heuser. So the recipe follows their description (however, I have replaced the simple syrup in the original recipe with self-made grenadine. This has not only added a nice color accent but also tastes a little bit more interesting – if you ask me).

Passionfruit espuma: Combine 50 ml passionfruit puree with a level tablespoon of gelatin and let thicken for 10 minutes. Then add another 350 ml passion fruit puree, 2 eggs and 5 cl simple syrup (alternatively grenadine, see above) and whisk with an electric mixer or an eggbeater. Then fill everything into the siphon, load with a NO2-cartridge and refrigerate for 2 hours. Shake vigorously shortly before use. Should the Espuma be too liquid, load another NO2-cartridge.

Preparation: Stir Brandy, Sherry and Bitters on ice cubes in your mixing glass for 30 seconds until cold and strain into a pre-chilled glass. Then top with passion fruit espuma. 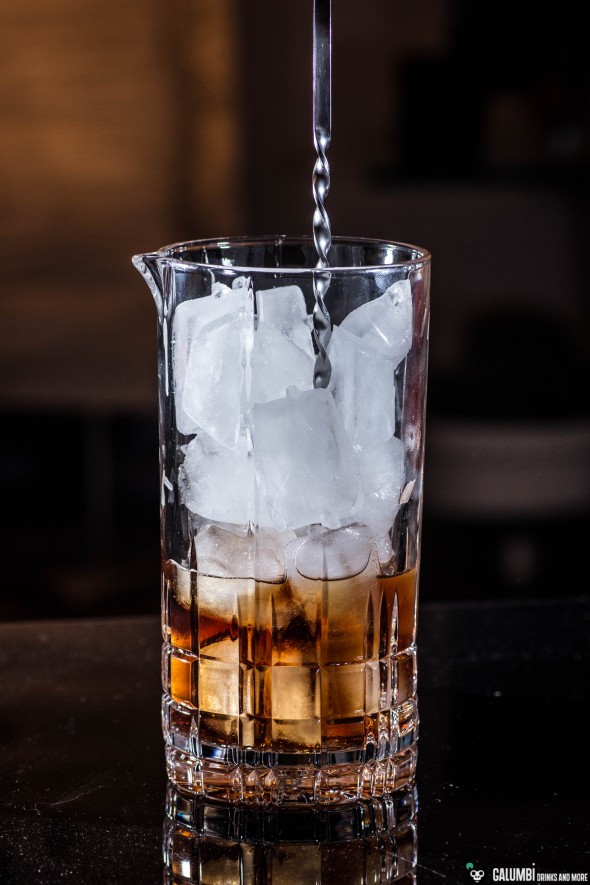 Glass: Coupette / cocktail glass (I opted for the Perfect Coupette Glass from the Spiegelau Perfect Serve Collection by Stephan Hinz)