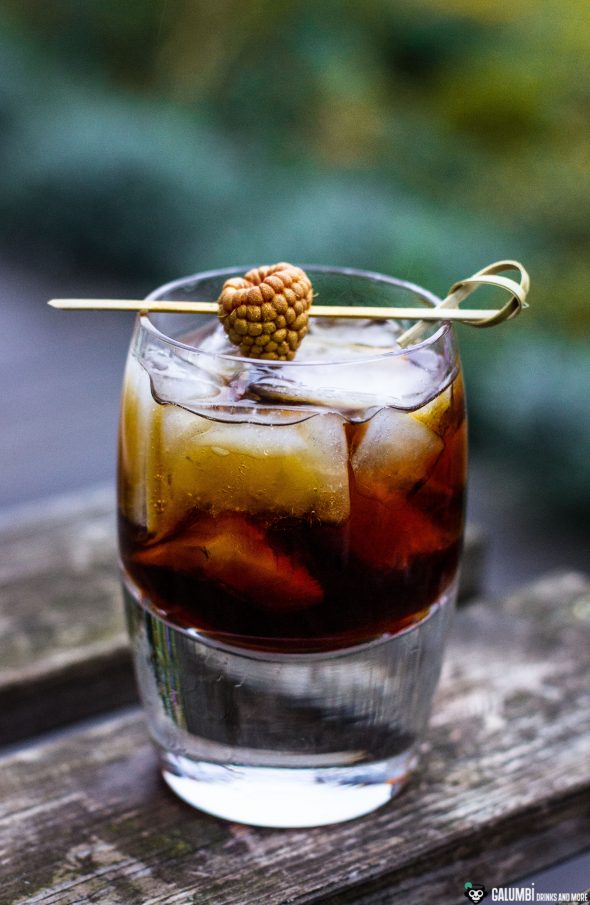 Fruit brandies are certainly one of the most traditional and deeply rooted spirits in Europe. And of course this applies to many European countries such as Austria, Germany, Italy and others. But one of the most famous fruit brandy-producing countries in the world is France which is also the home of an internationally renowned name for these particular distillates: Eau de Vies. (provided test product)*

It is true that this designation is not necessarily always the most accurate for fruit brandies since for example also distillates from grape pomace are called Eau de Vies – but “Eau de Vie” can nonetheless be used as a reliable general term. Especially since in the English speaking world also many kinds of liqueurs made from fruits bear the name “fruit brandy”. But if you are dealing with a light and clear fruit brandy from France that was made only from one particular fruit variety, an addition to the name indicates what kind of eau de vie you’ve got. 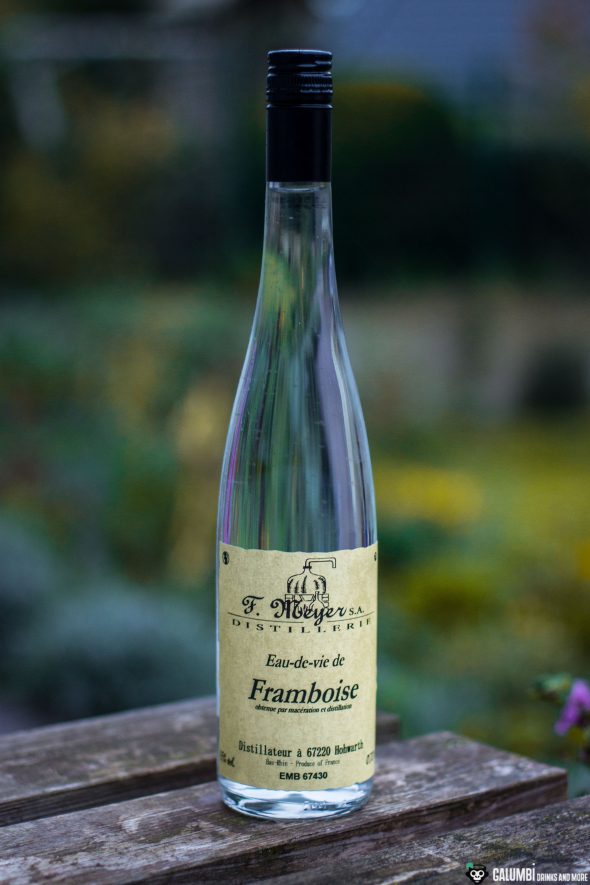 And this is precisely the case with today’s distillate: an Eau de Vie de Framboise from F. Meyer. The Meyer distillery is located in southern Alsace, in the valley of Villé at the foot of the Vosges, where numerous fruit varieties naturally thrive. There, many fruits are also specifically planted for the use in Eau de Vies, so the Eau de Vies from that place can be produced from all-local ingredients. The Charentaise stills that are quite famous in the context of French Eau de Vie production and above all in the context of Cognac production are also used in the Meyer distillery. They distill their Eau de Vies twice and after a subsequent storage in vats (about their exact nature and the length of maturation I was unfortunately not able to acquire exact information) and a chill-filtration the finished product is finally bottled. 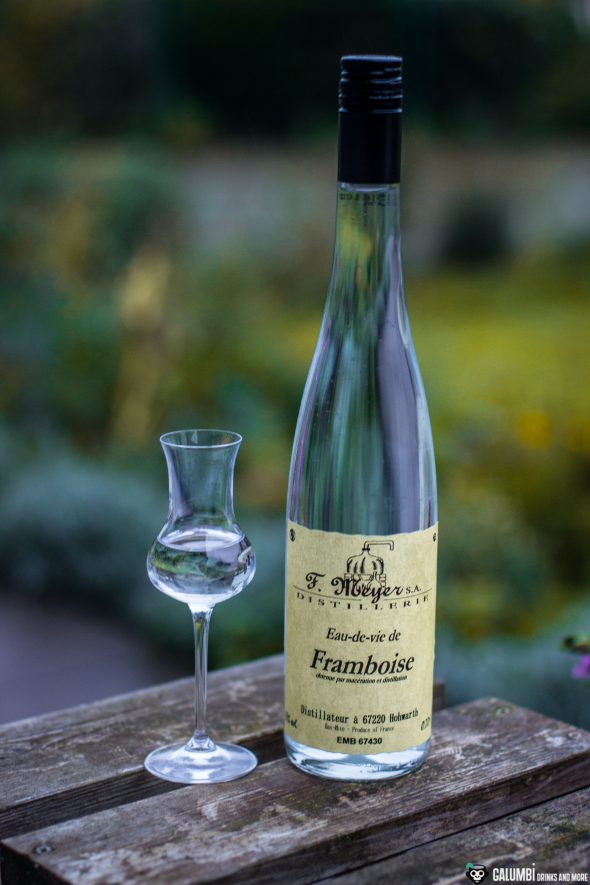 Aroma: A gorgeous first impression awakens my attention. A clear, fresh raspberry immediately enchants the nose with a very authentic impression. It combines with light wood tones, some moss and subtle citrus associations.

Taste: On the palate the impression is confirmed: ripe, fresh raspberries seduce the taste buds. In the background, woody and herbaceous notes resonate.

Finish: long, intense and fully aromatic. I really like this Eau de Vie! 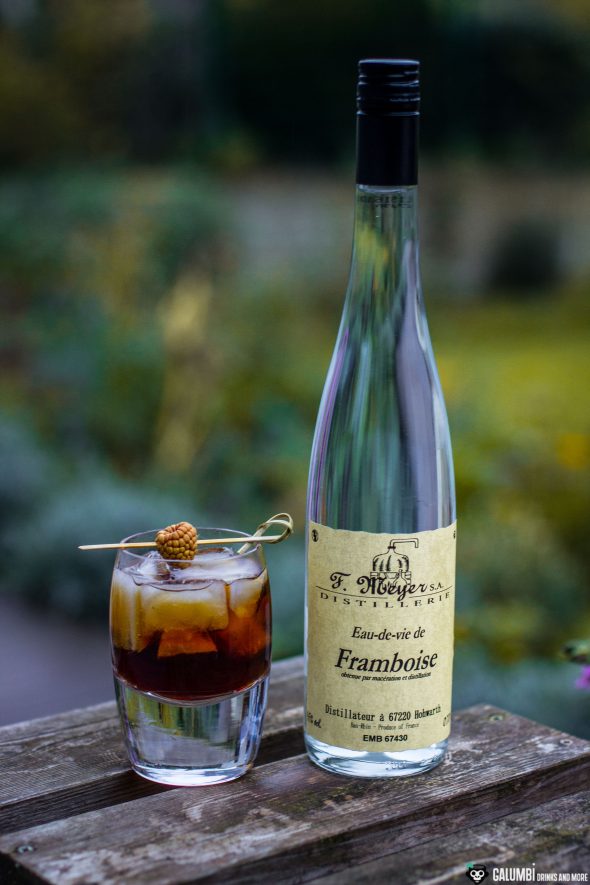 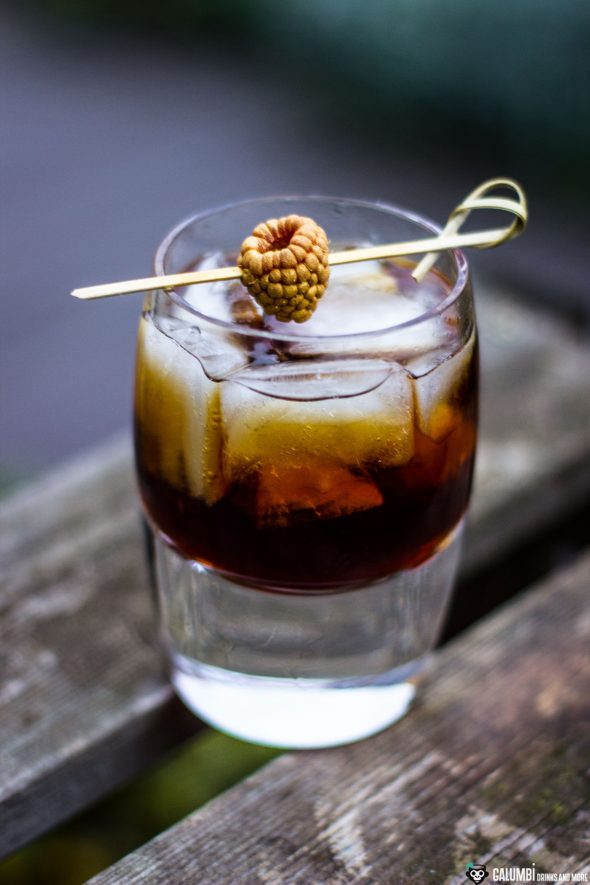 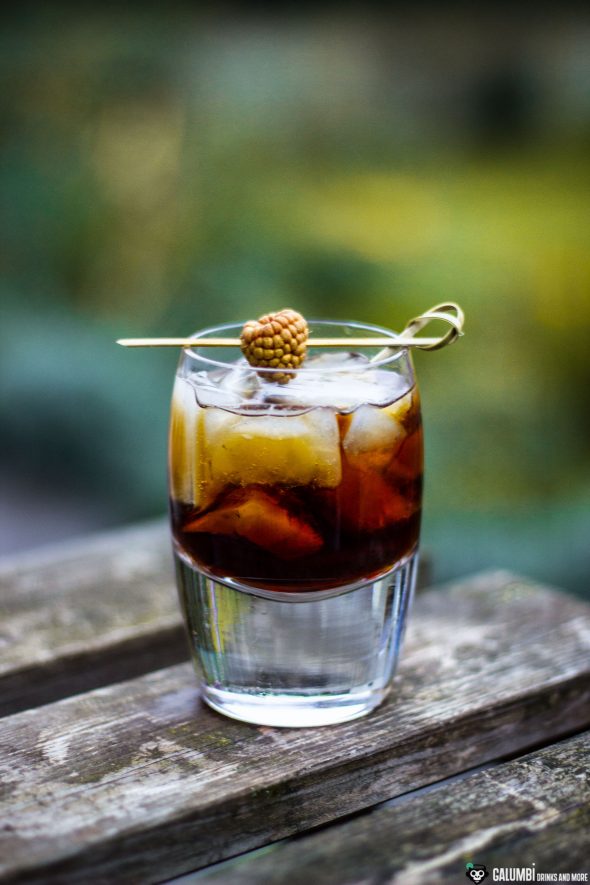 I must admit that raspberry spirits are basically my favorites among Eau de Vie distillates. I like their clear, fruity momentum and the intense aroma especially with raspberries. And so I decided to go for a cocktail that emphasizes the basic character of the F. Meyer Eau de Vie de Framboise and does not change it into a hardly recognizable part of an orchestra. So it shall have enough space to unfold, but it is also accompanied by some other ingredients that add more depth, complexity and elegance to the drink. In general, it would be easy to choose some kind of Old Fashioned, but instead I was guided by a Negroni. The result is definitely not a classic Negroni and it also tastes definitely different from it, but nevertheless the basic structure is recognizable. And the cocktail is exactly what I wanted: an artichoke bitter, a barrel-aged orange amaro and orange bitters harmoniously blend with the rich raspberry, while Punt e Mes lifts the Eau de Vie de Framboise on a wonderful, bitter-aromatic throne of flavors. Therefore, the drink listens to the not too serious name “Roi Framboise” – because the raspberry is clearly the king here. 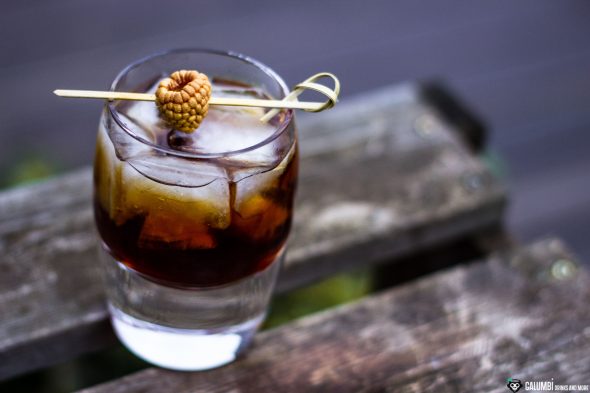 Preparation: The drink is “built” in the glass – Stir all ingredients on ice cubes and that’s it. 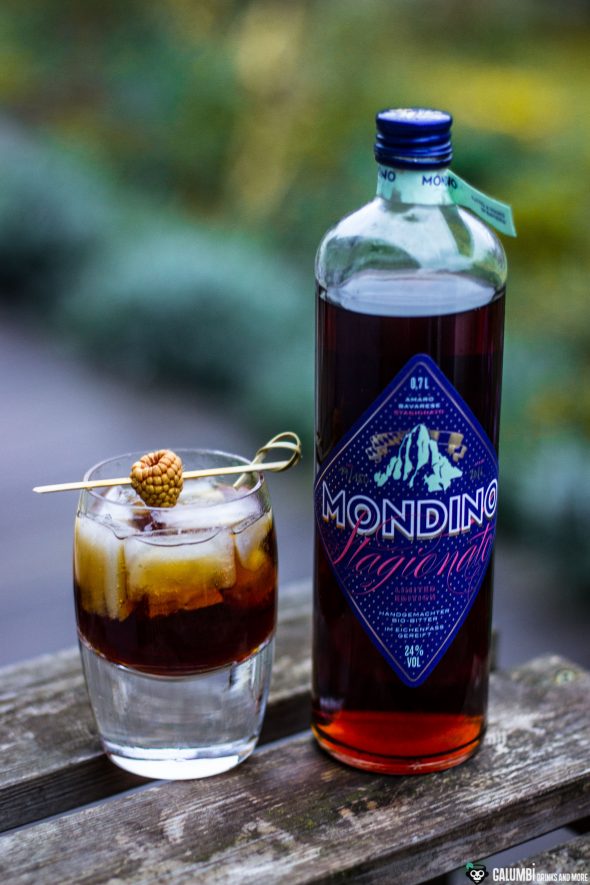 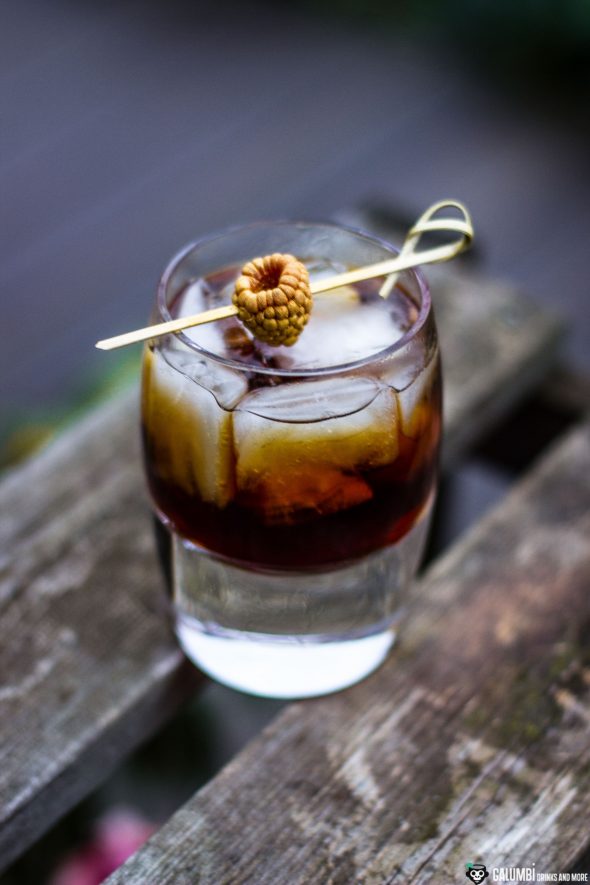