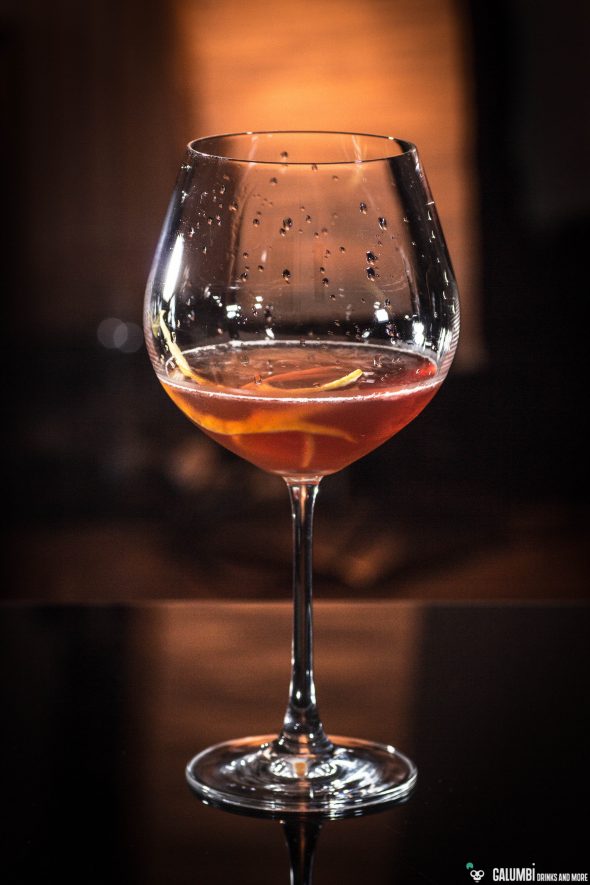 The quality of a drink often (if not to say almost always) depends on which liquor or spirit is used in the making. But even here you’ll encounter differences because the spirit’s part is not the same in every recipe. Sometimes it might happen that you’ll even get into trouble with some purists if you use the wrong spirit inside of a cocktail.

This is very likely when it comes to whisk(e)y. There are certainly some reasons for that since whiskey is a barrel-aged spirit, which often can be of proud age (especially in higher-priced segments) so that it’s simply very time-consuming to produce it and it’s more expensive. But beyond that it’s also an outstanding aromatic experience for itself. It is no wonder that many people are downright indignant when you pour a fine single malt in a Rusty Nail or a Blood & Sand. Surely you have to ask yourself: How essential is the part of the whiskey in the recipe and in particular: how much is the profile of the base spirit changed by the other ingredients? So I often wonder whether it would not be sufficient to use a simpler and cheaper whiskey. Actually I have a relatively simple rule for that:

With the exception of recipes that explicitly require a certain spirit I use special whiskeys only if it is a rather simple recipe with the whiskey as the main actor. If there are citrus juices inside or several other liqueurs and spirits, I usually opt for certain standard whiskeys. Of course also these standard whiskeys have to be of a good quality, but usually they won’t cost 50 euros per bottle.

But today’s cocktail did ask for a special whiskey. Actually today’s cocktail is one that did not really need a whole article on it’s own, I grant, since it would also fit into the article about the Old Fashioned; simply because it actually is an Old Fashioned. But as I have already stated in that article, the name Old Fashioned has emerged for a classic type of whiskey cocktails in the course of time. Whiskey Cocktails were prepared in many different ways (though often only different in nuances) throughout the 19th century and so it is no wonder that today’s recipe looks like a recipe for an Old Fashioned. The recipe was written down in the year of 1862 by “Professor” Jerry Thomas (the legendary bartender the guys from the Jerry Thomas Project in Rome also named their speakeasy after).

But now to the whiskey used. Just the other day I have presented the Dad’s Hat Pennsylvania Rye Whiskey here and today’s spirit is a close relative: the “Dad’s Hat Pennsylvania Rye Whiskey Finished in Port Wine Barrels”. As you can easily derive from the name, this rye whiskey was allowed to mature in port wine barrels (for another 3 months). Personally, I love Port wine finished whiskeys, especially Scotch Single Malts, but why not also with a good rye whiskey? 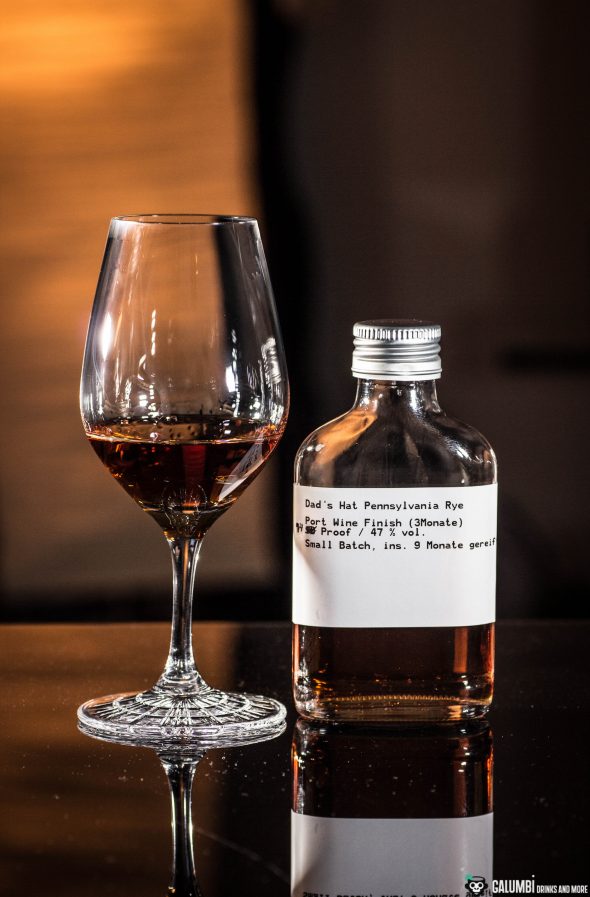 Preparation: Mix all ingredients and shake on ice (actually it’s a cocktail which I would stir, but I don’t want to disagree with the professor here), then strain into your chilled glass.