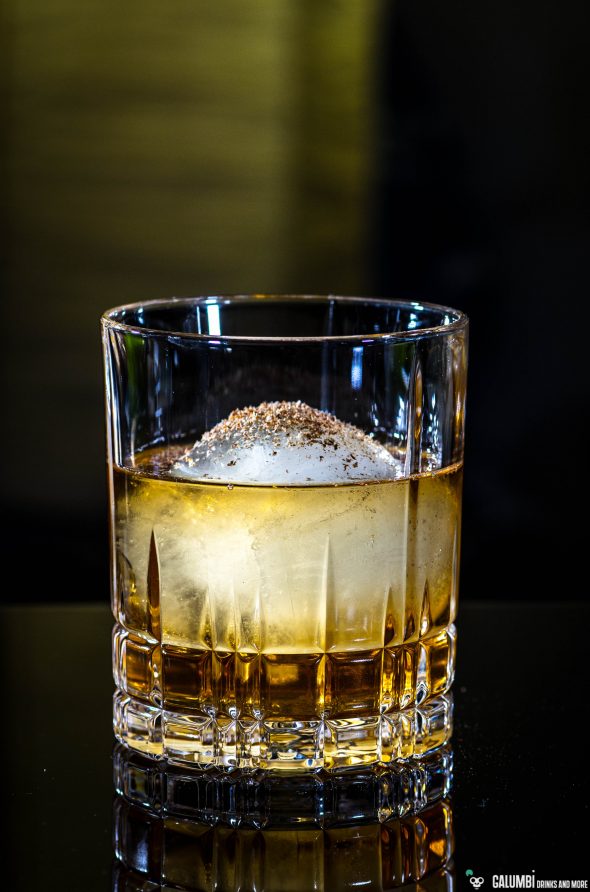 Recently, Cognac has not really been what you would call the shining star of the international spirits market. Despite the fact that for a long time it was surroundes by the nimbus of noblesse and sophisticated artisanship. For many it became too expensive and somehow a little antiquated and so it was no wonder that many French cognac distilleries increasingly positioned themselves as premium sightseeing and tasting destinations for super-rich Russian and Chinese people. But times are changing.

And so we can witness a slight and slow comeback of Cognac, especially as an ingredient behind the bar. As a pure spirit for many people it still stands in the shadow of whisk(e)y which supposedly provides a greater variety for less money, but if you have a closer look at the current development of the whisky market, it somehow reminds a little of the history of Cognac. Anyway, today I would like to write about a Cognac-based drink that I really like. Well, to be precise it is a cocktail based on Armagnac, but of course it also works perfectly with Cognac. (The main difference between Cognac and Armagnac is the different staking-out of the region of origin and the fact that Armagnac is not distilled twice like Cognac).

Both spirits are basically barrel-aged brandies, which are made from white wines. In the case of Cognac it must be produced in the French town of Cognac in the Départemente of Charente or in close proximity to the town.

The cognac which I have used in today’s cocktail comes from the house of Remi Landiers. Although Remi Landier is not one of the oldest Cognac producers in France, they are quite experienced. The company only exists since 1973, but the family is now working in the Cognac industry in the fourth and fifth generation. Originally, however, they have been producers of wine. This has certainly an impact on their craft, because they combine the wine recommendations, the distillation and the aging in casks all in one hand which is not the case with every Cognac. The Cognacs are handpicked and blended by Jean-Yves Landier, a son of the founder Remi Landiers and are sold in various classifications. Today I have the Remi Landier VSOP (Very Superior Old Pale) inside my glass which means that it consists of Cognacs that are at least 4 years old. It is finally bottled with 40% vol. 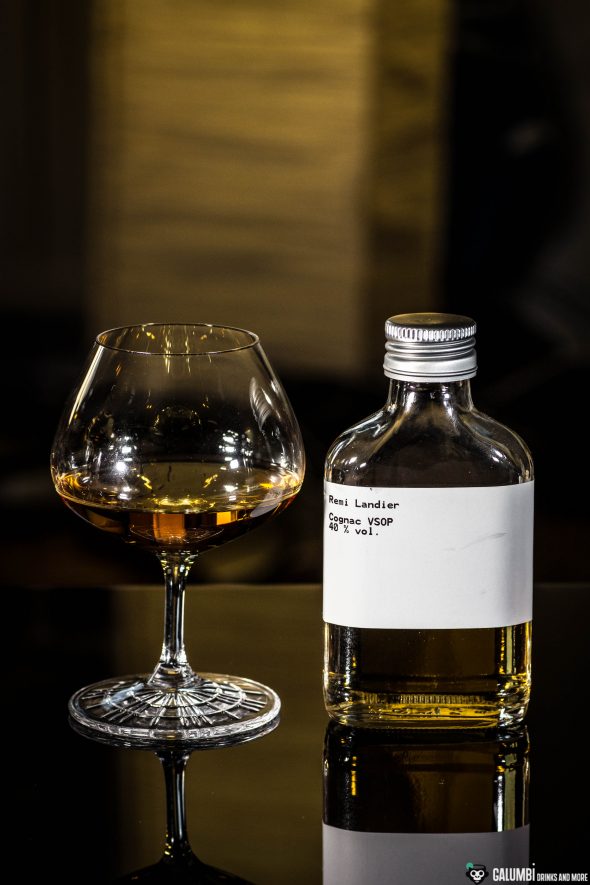 The Remi Landier VSOP offers rich vanilla notes with a spicy character and some bright fruits. It tastes well balanced and rich, with an oaky heart and a mild soul.

The cocktail that I opted for today is the so-called “Bittered Sling” and came to life in the mixing glass of Erik Adkins from Heaven’s Dog in San Francisco. The name is plays a very important role since it alludes to the early history of cocktails. To be specific to a time when the term “cocktail” was still unknown or at least very new. In former days a drink was called a “sling” when it consisted of a spirit, sugar and a little water. As you might see, there is no great distance between that definition and an Old Fashioned or other traditional Whiskey Cocktails; the only difference seems to be the addition of bitters. Accordingly in the early days of cocktail history cocktails were referred to simply as bittered slings. One of the oldest sources here is one edition of the New York newspaper “The Balance, and Columbian Repository”, which published an humorous article about “Cock-tails” in the context of an election campaign where the new drinks were served to the electorate:

“Cock-tail, then, is a stimulating liquor, composed of spirits of any kind, sugar, water, and bitters – it is vulgarly called a bittered sling, and is supposed to be an excellent electioneering potion inasmuch as it renders the heart stout and bold, at the sametime it did Fuddles the head. […] A person having swallowed a glass of it, is ready to swallow any thing else.” (1806)

Erik Adkins now combines Armagnac or Cognac with gum syrup and bitters in his Bittered Sling and garnishes it in the old style with nutmeg. Simple but sensationally good. 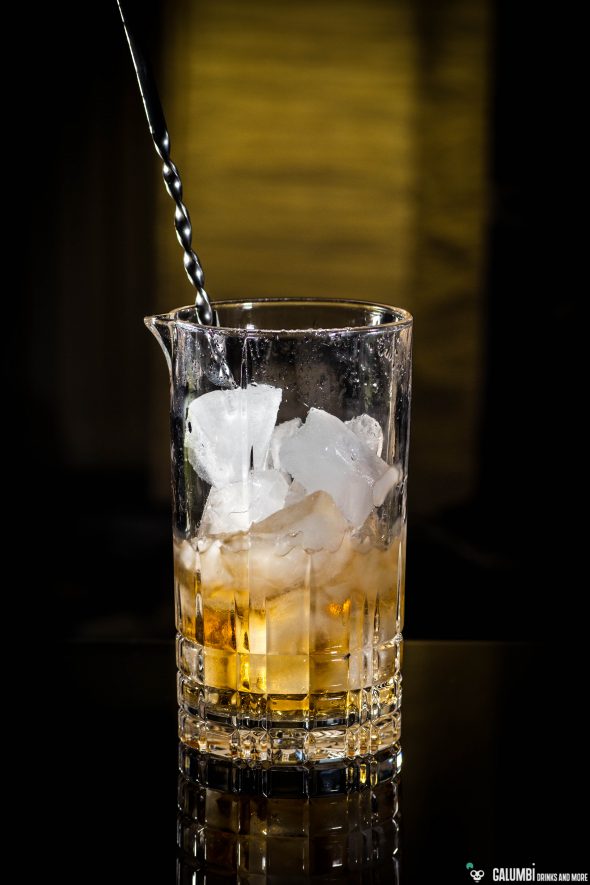 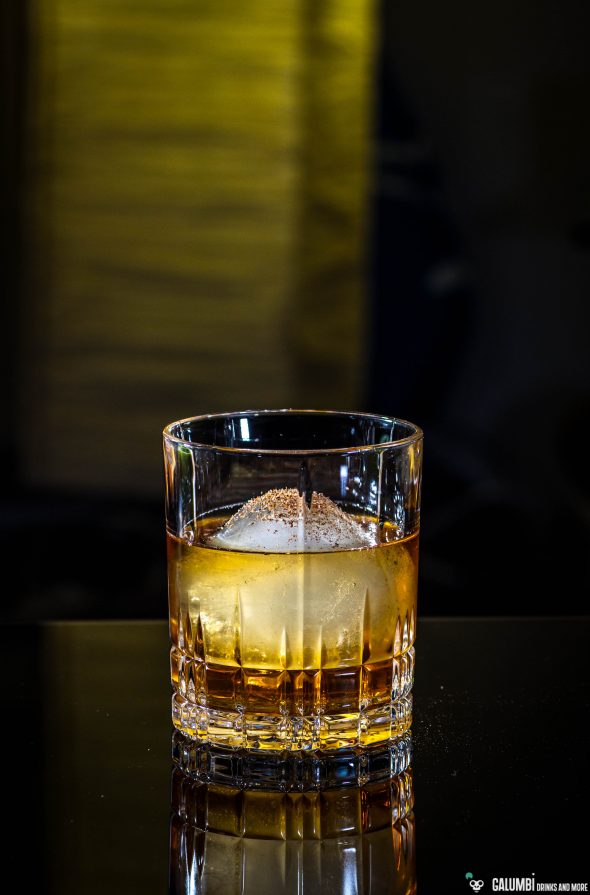 Preparation: Stir all ingredients on ice and strain on a large ice cubes or Ice Sphere into chilled glasses. 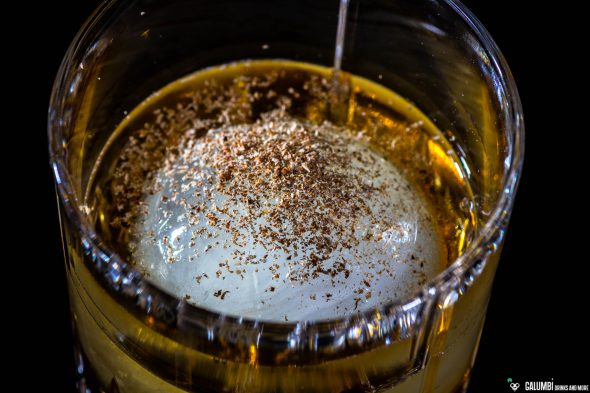 Buying sources: In stores or online. If you are a spirits dealer yourself, I can recommend you to look for the Remi Landier VSOP here (only in German language).