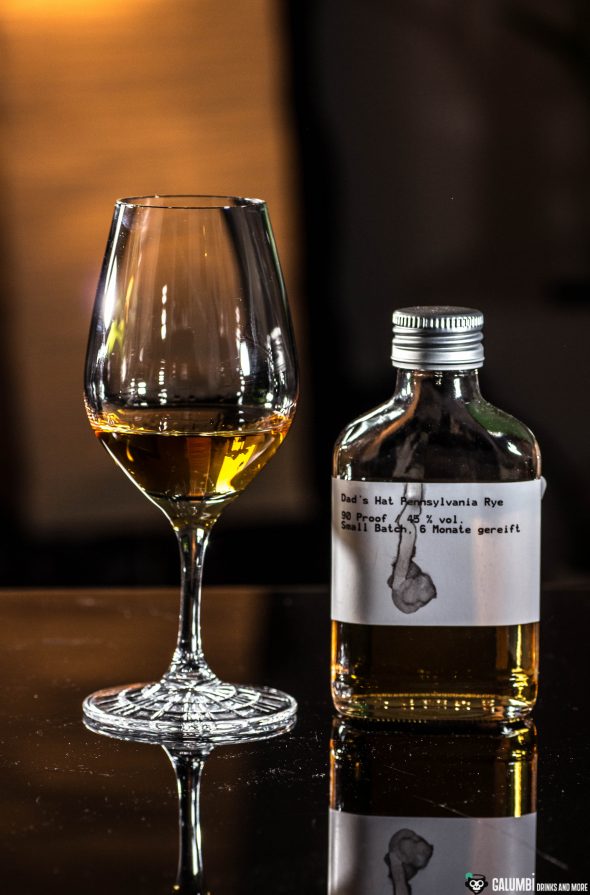 When it comes to Rye Whiskey it’s always a bit tricky. In principle I do absolutely love Rye Whiskeys which are in most cases distilled in the USA. Basically they are made from Rye-mash, but there are some misleading regulations out there you have to be aware of. It may sound funny or odd, but you may indeed encounter Rye Whiskeys which do not contain a single grain of rye.

The origin of the whiskey plays a major role in this context. When originating from the United States, you can be sure that at least 51% of the grain mixture used to make the Rye Whiskey contains of rye. Some whiskeys are even made of 100% rye, which is usually declared on the label. In Canada the situation is quite different. Canadian whiskeys were historically always made with a very high proportion of rye so that in the course of recent history the term “Canadian whiskey” has become virtually synonymous to “Rye Whiskey”. Legally, the requirements for “Canadian Whiskey” are the same as for “Canadian Rye Whiskey”, so whiskeys that don’t contain any rye may also be called rye whiskey, which is particularly absurd, of course.

Today’s whiskey fortunately has little to do with that since it does not come from Canada but from Pennsylvania. There’s a long tradition of distilling rye whiskey in Pennsylvania which goes back to the late 18th century. The local farmers used to transfer their harvest surplus into some liquid gold.  Pennsylvania Rye Whiskey has therefore long been a quality seal for this style of whiskey. A tradition that almost ended during the Prohibition era of the 1920s and early 1930s, so today’s rye whiskey production in Pennsylvania is only a shadow of its former size. But in recent years more and more distilleries make sure to change this once again. An example for this development is the Dad’s Hat Rye Whiskey which is produced in the Mountain Laurel Spirits distillery in Bristol, Pennsylvania. Behind the name Dad’s Hat stands the story of the father of brand founder Herman Mihalich, who used to wear – you may already suspect it – classic hats (Stetson fedoras hats, to be precise). So the marketing idea was born. And the idea is quite a good one because the memory of the hats of Mihalich’s Father (in combination with the emblematic picture of a hat on the bottle’s label) bestows the nimbus of tradition and history upon the brand. On the manufacturer’s website you won’t find a founding year which is no great wonder: the Dad’s Hat Rye Whiskey started in 2012.

Nevertheless, the young Rye Whiskey won several awards, including a silver medal at the Worlds Spirit Competition in San Francisco in 2015 and a gold medal at the Chicago Beverage Tasting Institute. The whiskey is matured in fresh, charred Quarter Casks (smaller barrels which allow a more intense flavor in a shorter amount of time). Dad’s Hat Rye Whiskey is merely based on rye and barley malt. It comes with 45% vol.

Aroma: No doubt, it’s a Rye: the Dad’s Hat introduces itself with a complex welcome of spices, accompanied by fine and pronounced vanilla and oak flavors. In addition to that, there are hints of candied black cherries and cinnamon.

Taste: spices and a fine sweetness make the Dad’s Hat Rye very enjoyable. Fine vanilla, cinnamon and a surprisingly soft overall character alongside some oaky tones round out the aromatic picture. Indeed I like this whiskey very much!

Buying sources: In specialized stores or online. If you are a spirits dealer yourself, I can recommend you to look for the Dad’s Hat Pennsylvania Rye Whiskey here (only in German language).