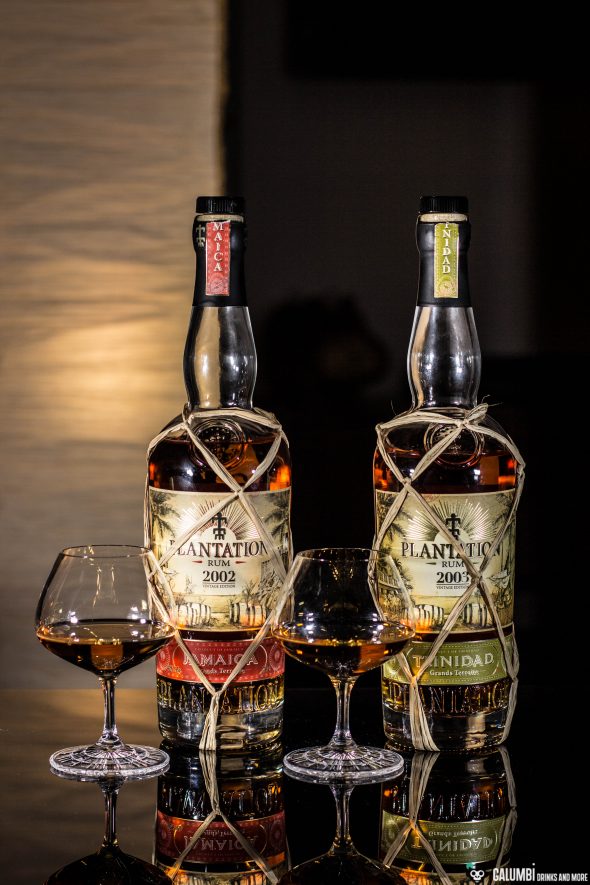 The concept of “terroir” is not as common in the context of high-quality spirits as it is in the world of wine, but it is a concept most connoisseurs a quite familiar with. The lack of a corresponding word in many other languages ​​has led to the fact that it has become an internationally accepted term for the particular characteristics of a certain place and their effects on the characteristics of a certain product. The fact that this is also very important when it comes to rum is becoming more and more known in recent years. Today’s rums follow exactly this idea. (Provided test products)

Anyone who has ever participated in a rum tasting will certainly know how different the archetypical rum styles of different countries of origin are. Right at the heart of the world of rum, the Caribbean, every country awaits with its own aromatic claim. In order to provide access to the wide range of rums, the “Vintage Edition” offers different rums from different countries to show those typical natures. However, there is a certain “limitation”: we are dealing with a rum series of the French Cognac manufacturer Ferrand. So if you expect to taste for example “the pure terroir of Jamaica”, you might be a bit disappointed because here you will not simply find an archetypical Jamaican rum but a Jamaican rum that was also allowed to mature in French cognac casks at the French Château de Bonbonnet – before it was finally blended by the cellar master Alexandre Gabriel. This, of course, is not necessarily a bad thing: the maturation in cognac cask allows Ferrand to user their expertise in order to create a quite unique series of rums. Basically you can say that the Plantation “Vintage Edition” offers a nice overview of the tastes of the classical rum nations and terroirs, but with the typical plantation impact on the final product. Yes, you are dealing with a typical Jamaican, but also with a typical Plantation. For me personally this is rather a quality promise because the Plantation series has not disappointed me so far. 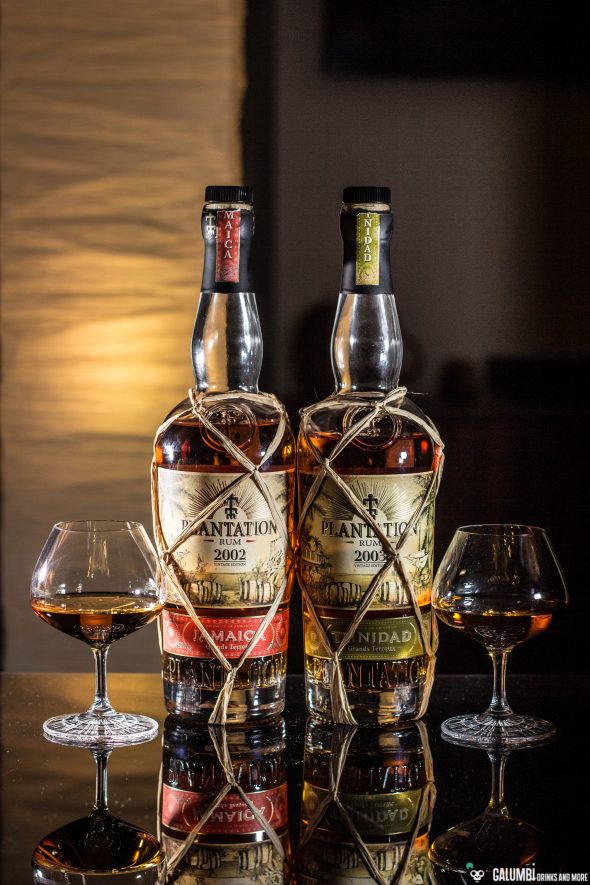 Today, I would like to review two bottles from that series, the Jamaica bottling and the Trinidad bottling. As we know it from Plantation rums, the bottles immediately attract attention with their typical straw ribbon wrapping, but above all I like the labels which are packed with information. We get to know all the details about the distillation and the bottling year, the maturation phases, even about the type of still and the fermentation phase. Naturally, tasting notes are also included as helping advice.

Before I go closer into detail on the individual bottles, perhaps a brief excursion is useful to answer the question how the rum gets its specific flavor. There are many influences in this respect, some of which are somewhat controversial (as we also know it when it comes to the terroir influences on wine), for instance the basic sugar cane variety. However, the produced molasses and its sugar content, but above all the process of fermentation are quite decisive, since crucial basic nuances are determined here (so it makes indeed sense to speak of terroir). Here, special yeasts are used, which are sometimes even older than a hundred years and are treated like a treasure by the distillery. During the distillation, the type of distillation plant bestows the next aromatic character traits upon the later spirit, depending on the still. For example pot still or column still distillation leads to very different flavor profiles. But also each pot still is not like any other pot still and each column distillation is not like any other column distillation (as many may know from whisky): each particular still differs from the other, even if they are of the same category. Then, of course, there is also the maturation inside the casks. Here, the duration and the type of casks are decisive, and there is also the final blending step made by the blend master (or here: cellar master). It should also be mentioned that the effects of cask maturation are generally considered to be much more intensive in the Caribbean climate as, for example, in Scottish warehouses. In this respect, you have to treat the age statements on such bottles a little differently.

This description is, of course, only a rough draft: It could be much more detailed, but I guess it is sufficient in order to understand the thought of terroir and the other impacts on the flavor of a special rum. 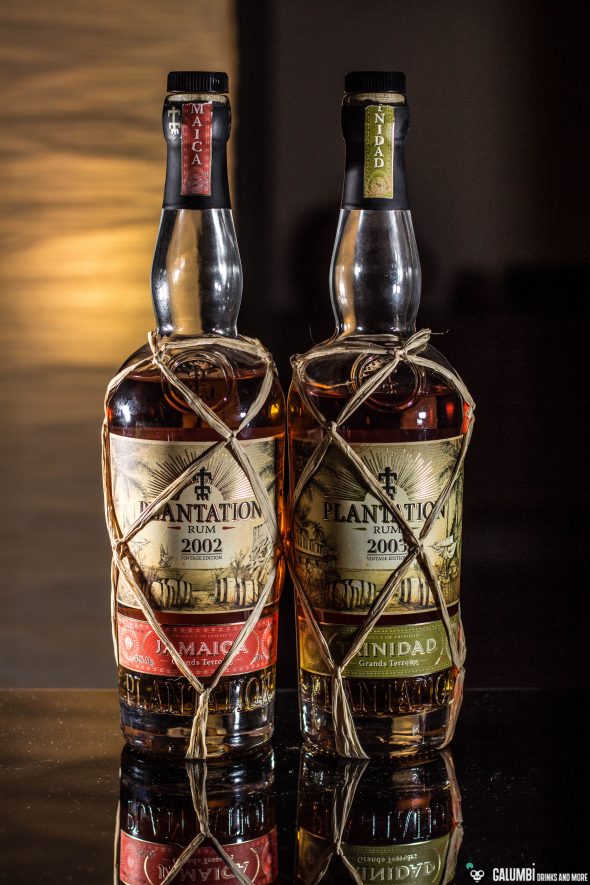 As already mentioned in my article about the Plantation “3 Stars”, Plantation quite openly admits the sweetening of their rums. Thus, small sugar additions to the finished distillate are explained in the light of the tradition of the so called “Dosage”, as it is known from the champagne production. 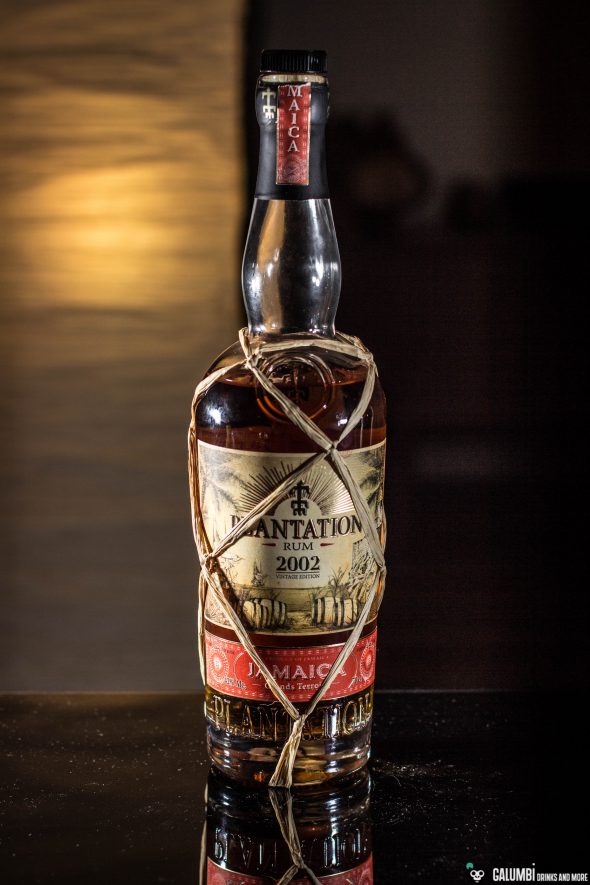 The Plantation Vintage Edition Jamaica 2002 – the name reveals it – was distilled in 2002 on pot stills (Ferrand does not publish the distillery where the rum is distilled) and is a mixture of Jamaican rums of the classes Plummer and Wedderburn (these classes used to denote rums that were meant for export to the UK, especially during the colonial period). It was allowed to mature in Jamaica for 10 years in former bourbon casks, afterwards another 3 years in cognac casks at the Château de Bonbonnet. With Jamaica, this rum represents the particularly most powerful and intensely aromatic rums of the Plantation Vintage Edition. Many Jamaican rums are high-ester rums, whose ester content is significantly higher than in other rums. Esters are a group of organic molecules, which are mainly responsible for full-bodied and fruity aromas. They evolve mainly during the fermentation process. Although there are rums with an even more pronounced ester character out there, the Plantation Vintage Edition Jamaica 2002 also belongs to the series of high-ester rums. It is bottled at 42% ABV and costs around 30 Euros. 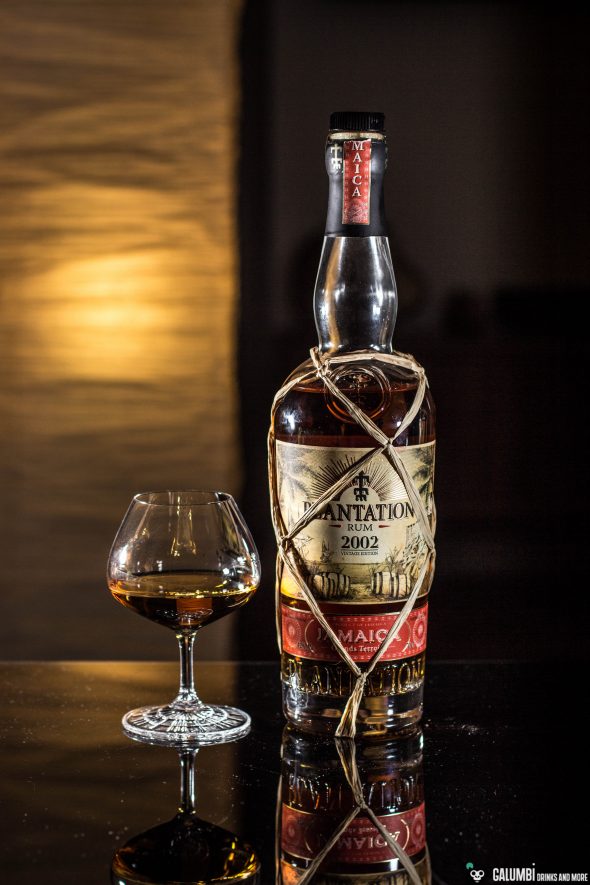 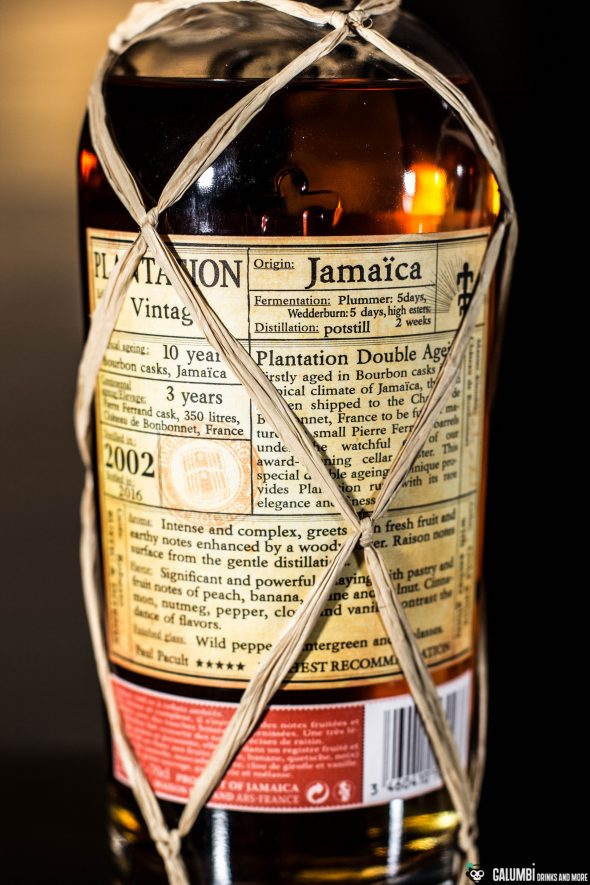 Aroma: As expected, you get a full flavor to concentrate and spend some time on. You will immediately notice intensive and typical rum aromas, even if you have no practice in tasting spirits, you can easily find out what it is inside your glass: intense vanilla, exotic and dried fruits (pineapple, some passion fruit and raisins), clearly noticeable wood from the cask, cinnamon, a touch of clove, brown sugar and some volatile coconut. There is a lot in there!

Taste: Also in terms of taste this one is a real bombshell with abundant fruit aromas of pineapples, bananas and dried plums. I can also find the walnut from the official tasting notes but again there is some coconut followed by a potpourri of spices and oak. The rum is nonetheless very round and there is no disturbing taste of alcohol.

Finish: brown sugar, oak and molasses, long-lasting – A very recommendable rum for those who are looking for the full flavors! 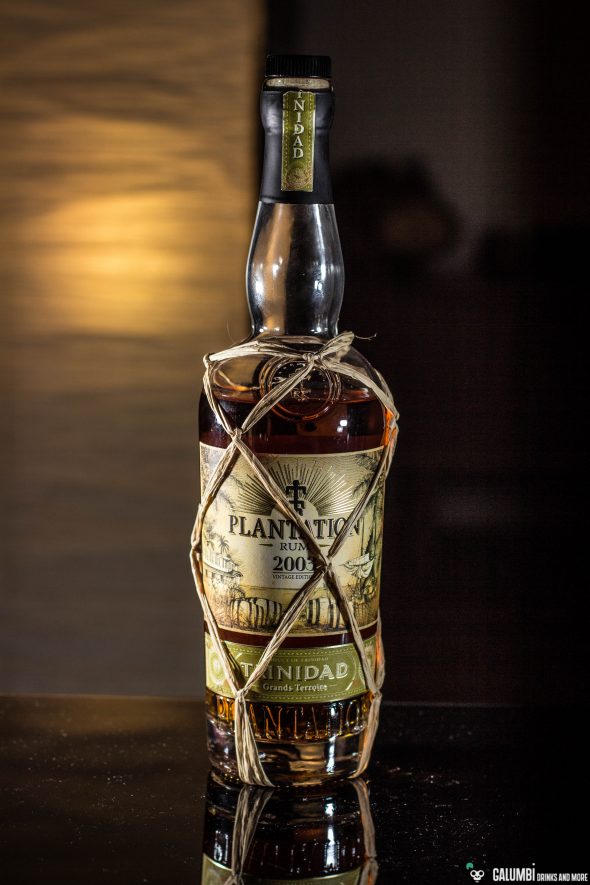 The Plantation Vintage Edition Trinidad 2003 is almost something like an antipode to the Jamaican rum described above. As I have already written in my article about the Plantation “3 Stars”, Trinidad rums are typically considered to be “the most Spanish among the English Style Rums”, which simply means that we are dealing with a rather light, floral and flowery rum style here. In general, the Caribbean states that have formerly been under Spanish colonial rule, use to distill their rum on column distillation plants, but, as the example of Trinidad shows, there are also formerly British countries doing that. Of course there are plenty of other exceptions (such categorization attempts can only try to bring some order into the chaos of the world of rum and are never completely reliable). As the label also tells us, the fermentation process is already shorter than the fermentation of the Jamaican rum above and the rum is distilled on column stills. The subsequent maturation process also falls shorter, if only slightly: 8 years in former bourbon casks, then again 4 years in cognac casks in France. Also this rum is bottled at 42% ABV and costs around 30 Euros. 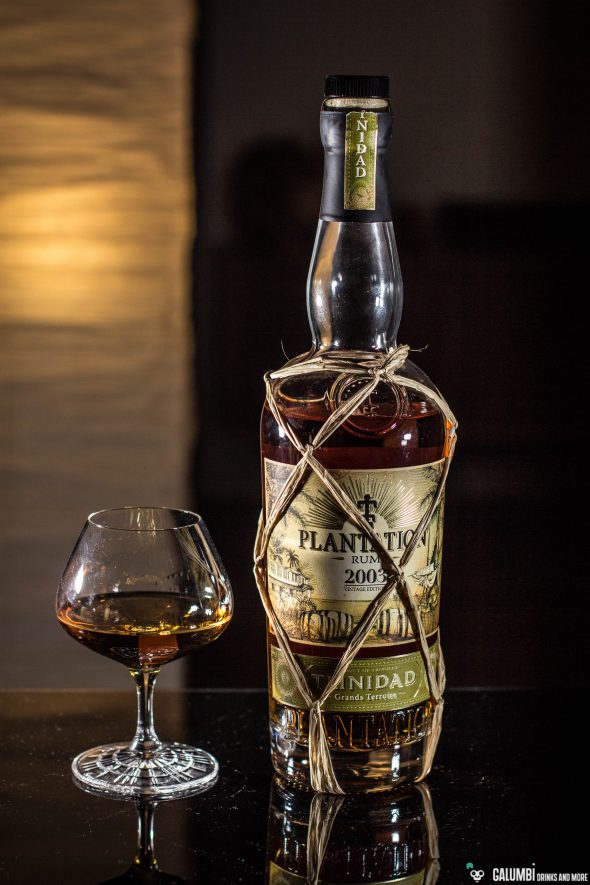 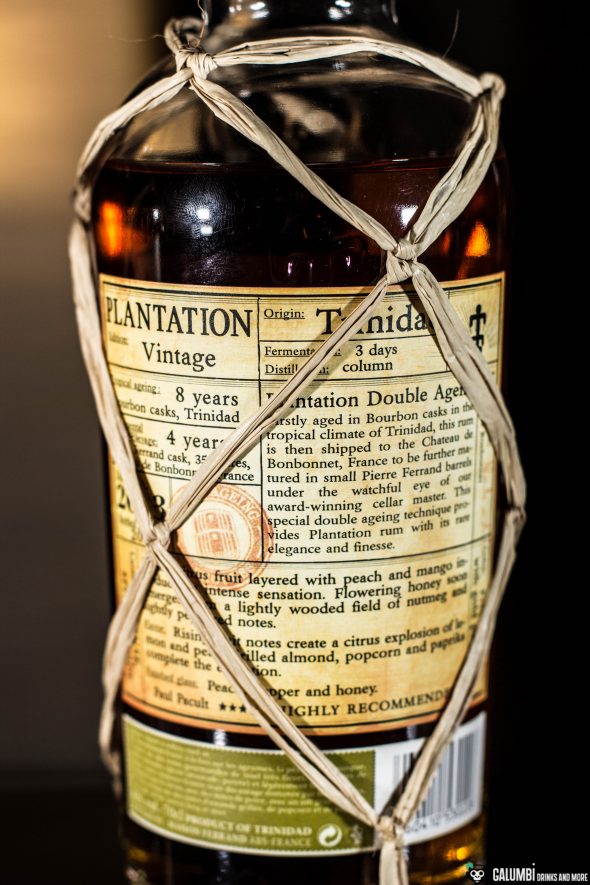 Aroma: In comparison, this one is much milder – I made a longer break before tasting this one, otherwise I would have had to reverse the order of tasting. Citrus tones smoothly flatter the nose with some additional vanilla and honey. In fact, in the course of time other bright fruits come through. There is also a subtle oak and a floral undertone.

Taste: I was very excited whether this rum would actually meet the official description – and it did! It really offers an explosion of citrus and pear. Again there are flowery and floral notes of honey, with nut and subtle spices (nutmeg, a little pimento) – paprika I could not find.

Finish: fresh with light fruit and some oak – also a very beautiful rum, albeit totally different from the Jamaican. I would recommend this one on a balmy summer evening on the terrace.