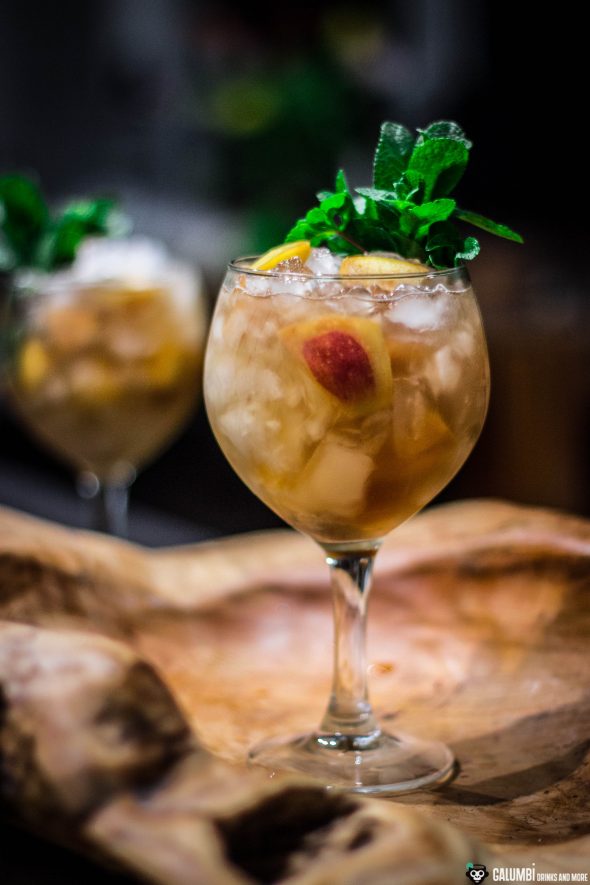 Yes, today it is actually once again about vodka. This might surprise some readers of my blog because whenever I did vodka reviews here in the past – despite some quite positive surprises in the taste profiles – my overall impression remained rather subdued. Of course: there are qualitative differences, but these are mostly so subtle that only those who highly concentrate and pay attention to even the most volatile nuances will find them. And here, of course, the critical question is allowed: who does that in “everyday life”? Exactly: almost nobody. (provided test product)*

I have never really been able to invalidate the prejudice that vodka is a largely tasteless type of booze, which is primarily intended for mixing (I think of that kind of “mixing”, where the alcoholic effect is what people are looking for, not so much the taste of a spirit).

And now I‘m once again doing a vodka review. Why that? Shouldn’t I have learned my lesson? Or am I simply a romanticist of hope who rejects inductive conclusions? 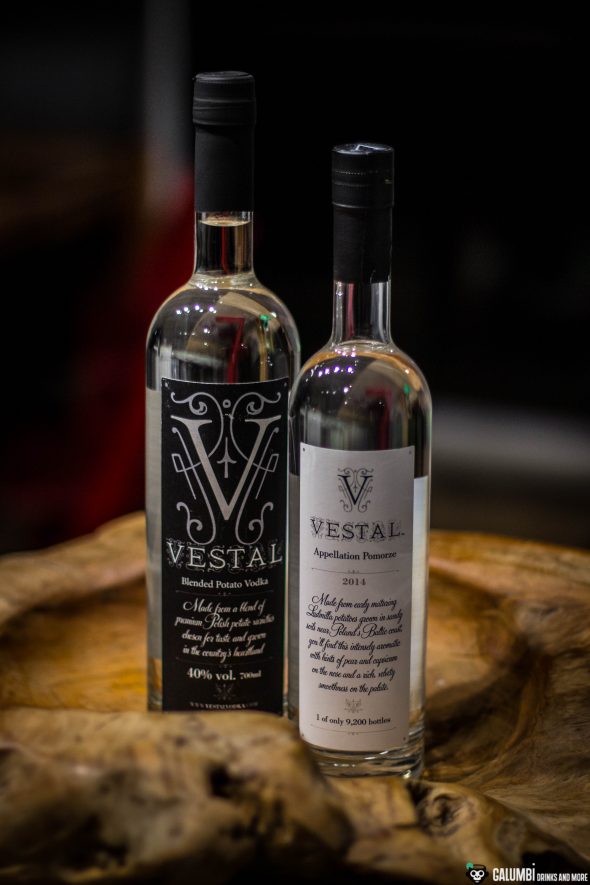 In the end, it’s Joerg Meyer’s fault that I still give vodka a chance. Anyone who knows the founder of Hamburg’s Le Lion (and other bars) will also know his lively activity in the social networks. And that’s exactly where I first heared of Vestal Vodka, which is the vodka I‘m talking about today. However, since I always thought of Mr Meyer as a vodka sceptic, and since I could suddenly hear him praising vodka and vodka cocktails in connection with the Polish brand Vestal, something must have happened. Joerg Meyer is also not really known for clumsy marketing opportunism, which is why I was very curious when I had the chance to review two copies of the Vestal Vodka series. So I hope that I will be able to find out whether they are actually reinventing the vodka thing.

If you take a look at the brand, you quickly learn that William Borrell, the man behind Vestal Vodka, decided in 2010 not to reinvent vodka, but basically to return to a historical vodka. So it is an elementary part of the Vestal brand narrative to explain that vodka in earlier times was far from the tasteless, umpteen-fold filtered spirit it is today. Borrell refers to the potato tradition of Slavic vodka (contrary to the popular belief, vodka does not have to be made from potatoes, but is mostly based on wheat).

For Vestal vodka, young and aromatic potatoes are specifically harvested and processed. Multiple distillation, filtering with partly absurd methods (diamond, ozone or whatever) – all this is not part of Vestal’s philosophy. Instead, Borrell feels rather inspired by the terroir idea, as we know it from wine (or alternatively also from rum). Besides a blended potato vodka (which is also reviewed here today, see below), two completely unfiltered vintage bottlings (with changing aroma profiles depending on the year) and a matured vodka belong to the portfolio. The second bottle I will treat today is the Vestal Appellation Pomorze from the year 2014, which, along with the Appellation Kaszëbë, belongs to the two unfiltered vintage bottlings of the brand. 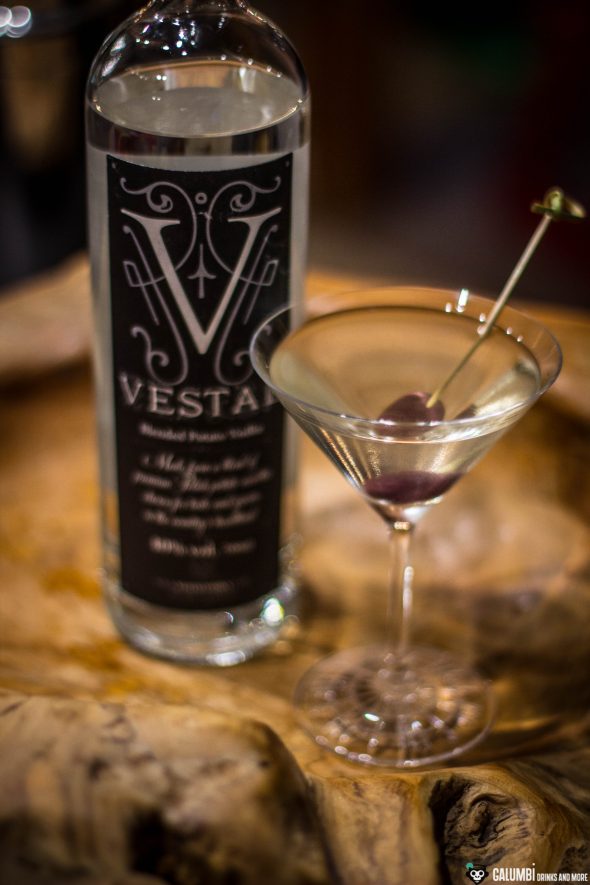 The Vestal Blended Potato Vodka, which is the brand‘s answer to the classic, contemporary vodka style, is the one that is intended for “mass use” (if there is one among the vestal range intended for „mass use“). It is a blend of vodkas based on the potato varieties Innovator, Asterix and Russet Burbank. This vodka has also been filtered, but only once and with the intention not to extract all the taste from the distillate. Whether this is really the case, I will dismantle immediately. In any case, the use in a Vodka Martini is recommended. As a friend of the martini, vodka usually doesn’t find it‘s way into my drink, but today I make another exception. Shaken, ice-cold and just the way a vodka martini drinker wants it. Oh, one more thing: the Vestal Blended Potato Vodka is bottled with the vodka-typical ABV of 40% vol.

Aroma: Two things immediately come to my mind: 1. this is undoubtedly a vodka here in my glass, since the first impression is subtle, extremely mild and – compared to the vast majority of spirit categories – rather weak in expression. 2. it is undoubtedly a very good and pleasant vodka, if you like the vodka genus. There are light floral notes and something between milk with honey or cornflakes soaked in milk (actually this was my first thought). I can also find a certain fruity note that makes me think of apples.

Taste: Still a vodka: mild, soft, but not completely tasteless. In fact, I find well-integrated, very subtle, but nevertheless appealing notes of milk desserts with a hint of white chocolate, green apples, some mint and a fine sweetness. 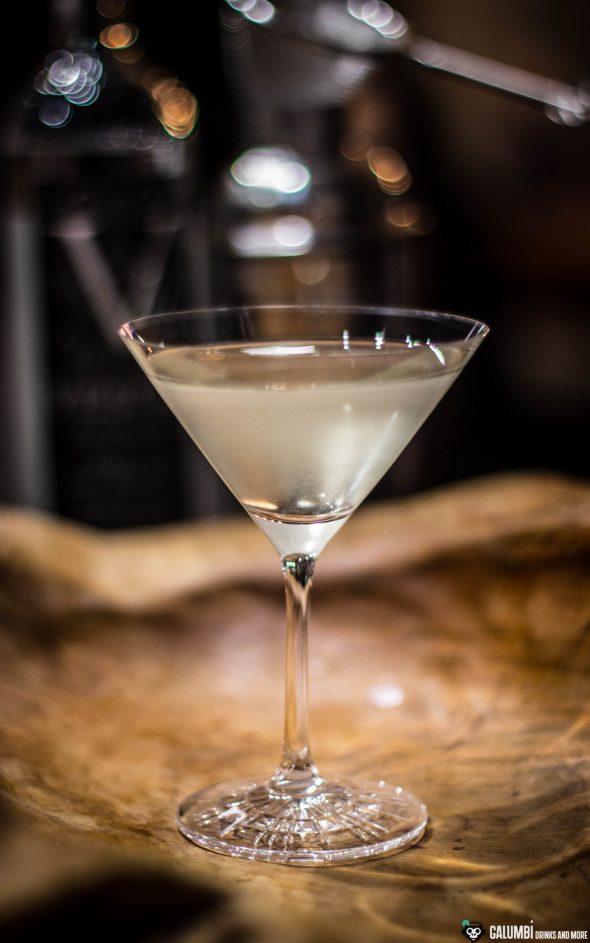 For the Vodka Martini I have used the following recipe:
6.5 cl Vestal Blended Potato Vodka
1.5 cl Vermouth Del Professore Classico Tradizionale
Preparation: Put the ingredients into a shaker together with ice and shake vigorously. Then double-strain into your pre-cooled glass.
Glass: Martini
Garnish: Olive (as an exception, I opted for a Kalamata olive)

Aroma: Wow – and that’s certainly not a word I ever started a vodka tasting with – what is that? I admit: blindly, I wouldn’t have guessed a vodka in my life! I wonder what I would have guessed instead… probably most likely an agave spirit. This vodka is anything but what you’d expect from a vodka: it’s not subtle, there’s nothing hidden, not almost without a scent – quite the opposite is true: there’s a lot in here. I can find a spicy pear, white pepper, nuts, herb notes (sorrel, some marjoram), with time more and more apple instead of pear, also a sweet capsicum is part of the game and – at the risk that my imagination plays a trick on me here – some earthy potato peel.

Taste: An overripe pear with almost woody notes mixes with spices and herbs, which I can’t assign at first (in the course of time, sorrel, cinnamon and a nuance of cloves crystallize out). Basically my impression of a pear and spice compote grows stronger, but vanilla and earthy notes are also present. I’m really thrilled, I didn’t expect that!

I really have to collect myself first. But I can’t help it: This is indeed the best vodka I’ve ever had so far. One that I really want to sip right again. One that opens up worlds of taste for me that I had never known before. Joerg Meyer actually didn’t promise too much and William Borrell may also be right in his assessment of his own brand as the best vodka in the world (although I‘m no real expert for vodka). In my enthusiasm that came up after the tasting, many ideas about what do do with this vodka crossed my mind at once. Then I got stuck with the idea to create a twist on a Sherry Cobbler. The Sherry Cobbler is a summer drink deeply rooted in history, which actually only consists of sherry and sugar and is served on ice with fruits. Especially the pronounced pear notes of the Vestal Appellation Pomorze led me to the idea to vary this drink. So I combined Vestal Appellation Pomorze and a Lustau Papirusa Manzanilla Sherry with some cinnamon syrup and added diced pear cubes which were marinating in Spiced Rum bfore. Now, of course, this might raise the question of whether this really goes together… Well, it does! Spiced rum is usually not my drink of choice and even in tikidrinks I don’t use it often, but here it serves a very formidable purpose. It should be a rather vanilla-heavy Spiced Rum, in which the pear cubes should marinate for approx. 2 days. Afterwards, the excess rum is poured off (and can be used for other “experiments”). This bestows a spicy, aromatic-sweet and quite seductive note upon the pear cubes, which does not affect the actual cocktail or make it rum-flavored in any way. Rather, the combination of Manzanilla Sherry, the spicy complex pear aroma of the Vestal Appellation Pomorze, the cinnamon and the marinated pear cubes is a real eye-opener and fits perfectly. Because of the two “Ps”, Pear and Potato, I simply called the drink “P&P Cobbler”. 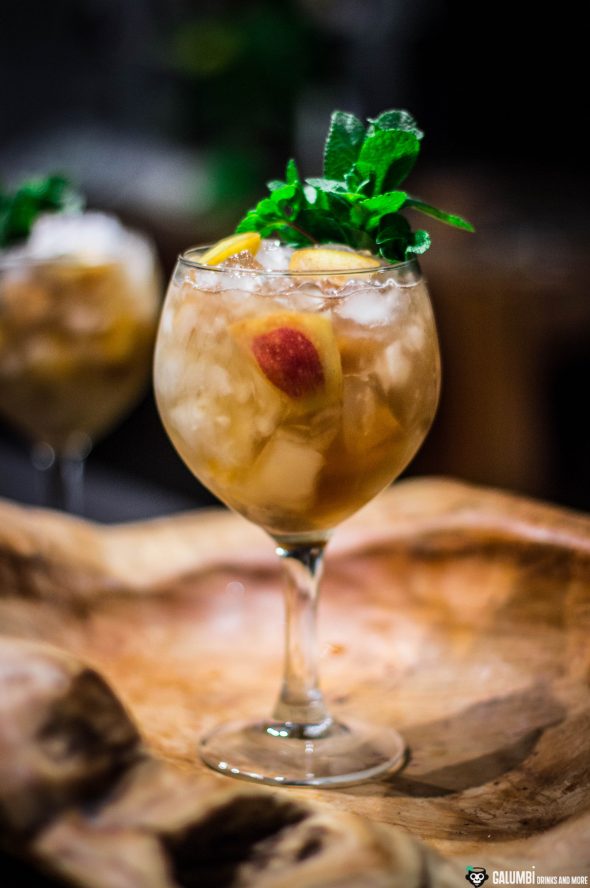 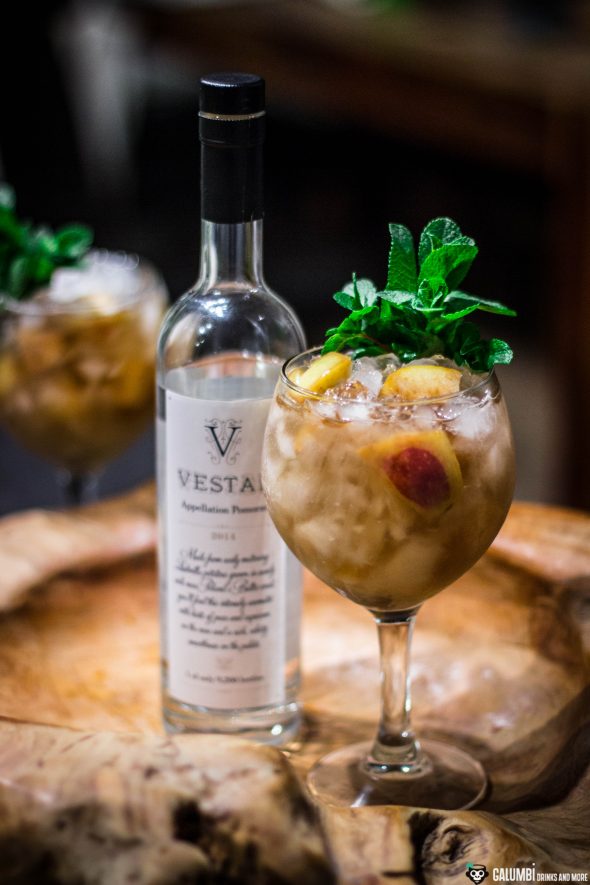 a small handful of pear cubes marinated in Spiced Rum (see below):

pear cubes marinated in Spiced Rum: Simply add diced pear pieces in a screw glass and fill up with Spiced Rum, then let it rest for approx. 2 days. Afterwards pour off the Spiced Rum (catch it for further purposes, you will get a pear-infused Spiced Rum).

Preparation: Layer the pear cubes with crushed ice in your pre-cooled glass. Finally shake the remaining ingredients on ice and strain into the glass. 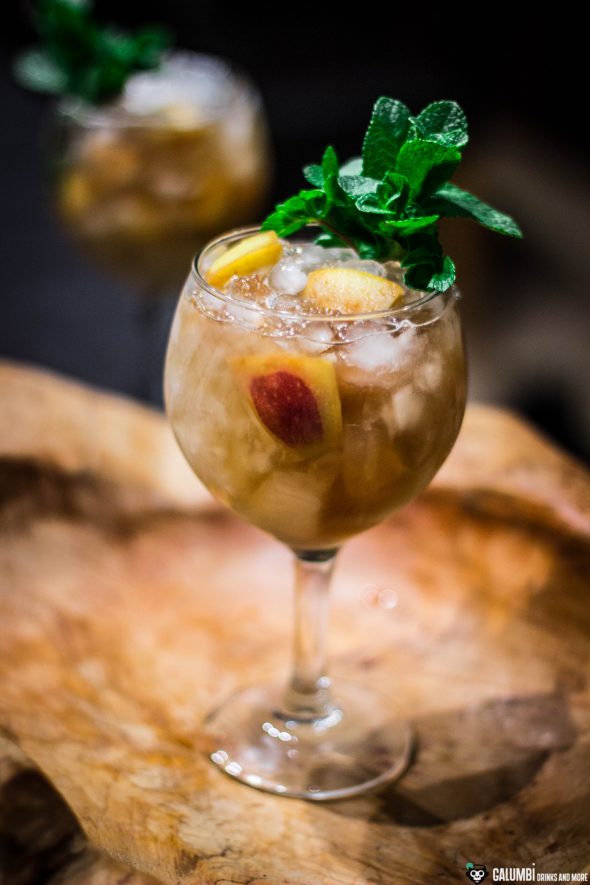 2 thoughts on “Vestal Vodka and the P&P Cobbler”