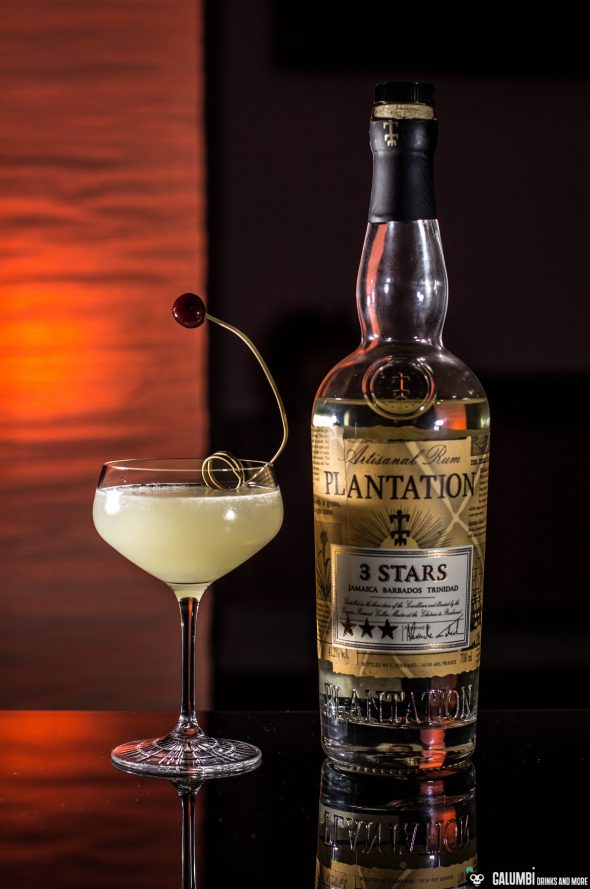 I have not counted every single reference to one of the most famous cocktails in the world here on the blog: I am talking about the Daiquiri. And it’s not so long since I’ve dedicated an own blog article to the drink. Personally, however, I prefer to have that cocktail in a slightly varied way, the so-called Chupacabras Daiquiri. But before I go into detail here, I first want to write about a certain bottle of rum. (Provided test product)

If you look around the rum racks of your favorite liqueur store, you will probably notice the bottles from the Plantation series of the French manufacturer Ferrand (which is originally endemic in the production of cognac). The bottles are usually very elaborate and nicely designed with a valuable flair and quite attractive labels full of information in a traditional look. Some of them are also braided by straw ribbons. In the past, I have, for example, already presented the very nice Plantation XO here on the blog. By having a look on the Plantation portfolio, you can quickly see how versatile the series is.

Today’s rum is named “3 Stars” and is a mixture of rums of “the three stars of the Caribbean”, as you can read on the bottle’s label. These three stars represent the island of Barbados (on which, among other things, the Mount Gay-distillery is located which is the oldest continually operating rum distillery in the world), the island Jamaica as well as Trinidad. All three states have a British colonial past, and the rums of all three countries are therefore usually ranked among the “English” or “British style rums”. Since there is no official class of rums of that name, it is more of a loose category for orientation purposes without general significance. Nevertheless, the rums of the English style have in common that they have mostly been distilled on pot stills and differ from the more floral and lighter “Spanish style” by a more voluminous and intensive character. Which distilleries are exactly responsible for the Plantation “3 Stars” rum we do not know. But even within the “English style” there are many differences, which in turn reflect regional traditions. The included rum from Barbados is a mixture of Pot Still and Column Still Rum, which already demonstrates how little the general assumption of “English Style = pot still rum” is true. The included Barbados rum offers a good aromatic balance and the producer describes mainly sugar cane and fruit notes as the decisive contribution of Barbados to the “3 Stars” Plantation Rum.

Jamaica, on the other hand, is known for its intensely aromatic “high-ester” rums (more about this soon in another article) and is often used almost synonymously with what I have called the English rum style. Here, the label of the bottle speaks of molasses, bananas and tropical fruits which can be found in the final product according to the producer. The Trinidad Rum in the blend emphasizes the mild and lighter side with vanilla, citrus fruits and spices. And even if that sentence may sound somewhat strange, Trinidad Rum is certainly one of the “most Spanish” rums within the English style. While most rums inside the Plantation “3 Stars” are of younger age, it also contains 10 years old Jamaican rum. 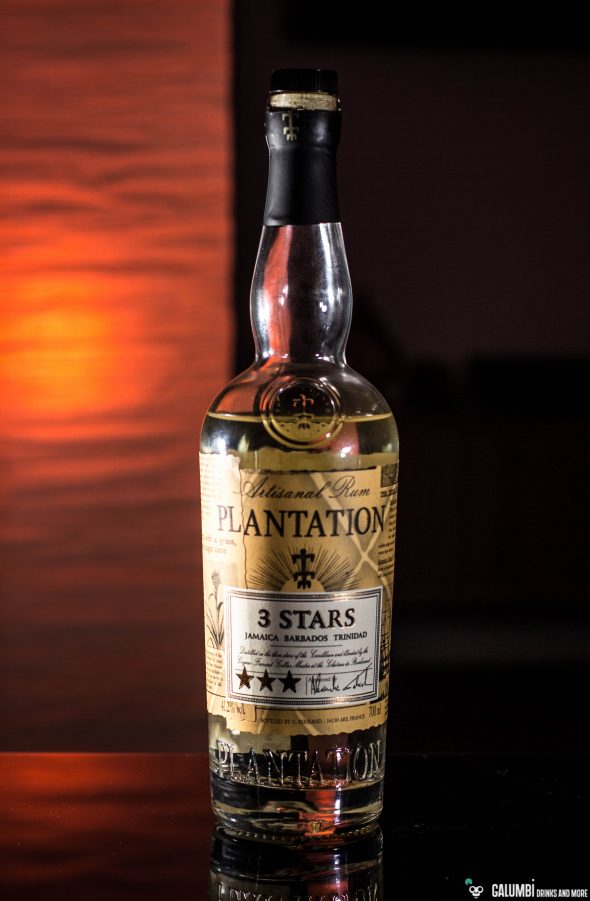 The various rums are finally blended in France by cellar master Alexandre Gabriel. As cellar master of a cognac producer, his experiences naturally originate in the segment of another kind of matured spirit, but this also guarantees a unique access to the craft of blending rum. The finished rum is then bottled at 41.2% vol. With about 15 to 18 euros for a bottle you can really get a bang for your buck. Several prices have also been awarded to this rum in the past.

Oh, maybe I should briefly say something about the color. As you can see, we are dealing with a white rum here. Depending on the origin of the rum, one may also sometimes refer to terms such as “light”, “silver”, “platino” or the like, but all this does not necessarily have any meaning at all! Since coloration in the rum segment – similar to whisky – is not excluded, one must always approach with caution. In addition, it is possible to filter out any color of a matured rum (for instance by charcoal filtering) which was also done with today’s rum. Nevertheless, the bulk of white rums is made up of younger rums since the consumer also expects this when buying such a bottle. But it is not generally valid to assume that a white rum is automatically younger than a colored one.

And even if I do not really want to talk about the sugar affair, at least I want to point out that this rum was also sweetened a little (measurements speak of 12g of sugar per liter). Well, on the other hand I also have to give some credits to the Plantation series because they deal quite offensively with the sugar topic by publically confessing that small amounts of sugar are added to their rums. They compare this with the traditional “dosage” of sugar that is also added in the production of champagne. Nevertheless, I would prefer if we would not have to talk about sugar in rum in the first place. But personally I can ultimately tolerate this, and it does not completely spoil sweetened rums for me (although if it is too high I am not really amused.) Nonetheless I am fine with today’s rum. 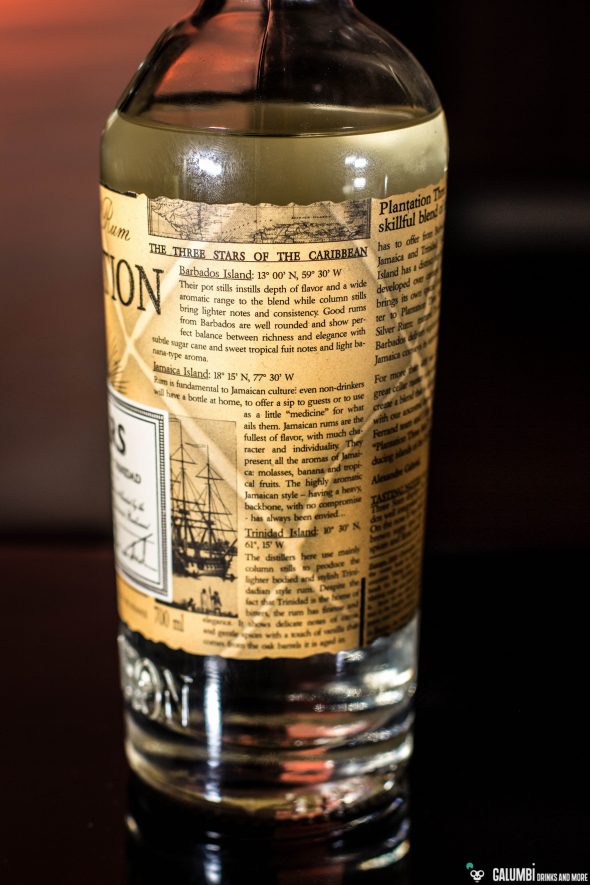 The label is packed with backround information. I really like that! 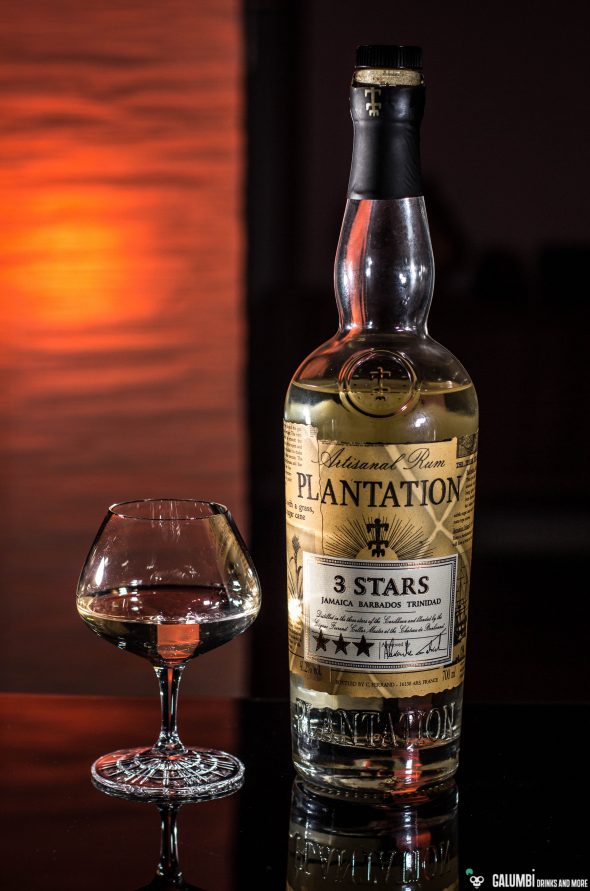 Aroma: A delicate, sugary vanilla with subtle spices, accompanied by fine fruit associations of bananas, pineapple and a little peach. The flavors are filigree but not too subtle. A really good interpretation of a white rum, if you ask me.

Taste: surprisingly spicy (cinnamon, nutmeg) but still balanced and mild. The alcohol is very fine and does not interfere at all; again, there is a slight vanilla and some fruit, though more subtle than on the nose. 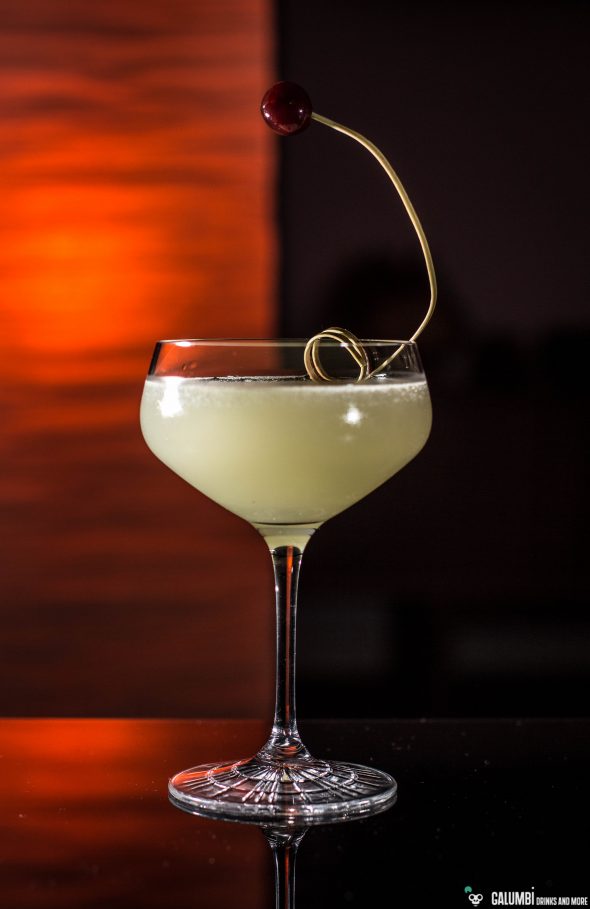 So there is still the mentioned cocktail: The Chupacabras Daiquiri was created by Marcis Dzelzainis at the Quo Vadis in London and owes its name to the mythical “El Chupacabra”, the goat and sheep butchering monster that is almost something like the Yeti of South America. But more interesting here than the cryptozoological background of the name is the content of the cocktail: the classic Daiquiri ingredients are enhanced by orgeat, orange blossom water, absinthe and Maraschino. A real firecracker of flavors which is intensely dry and aromatic. And of course the Plantation “3 Stars” cuts an excellent figure in this drink!

Preparation: Shake all ingredients vigorously on ice and strain into your pre-chilled glass. 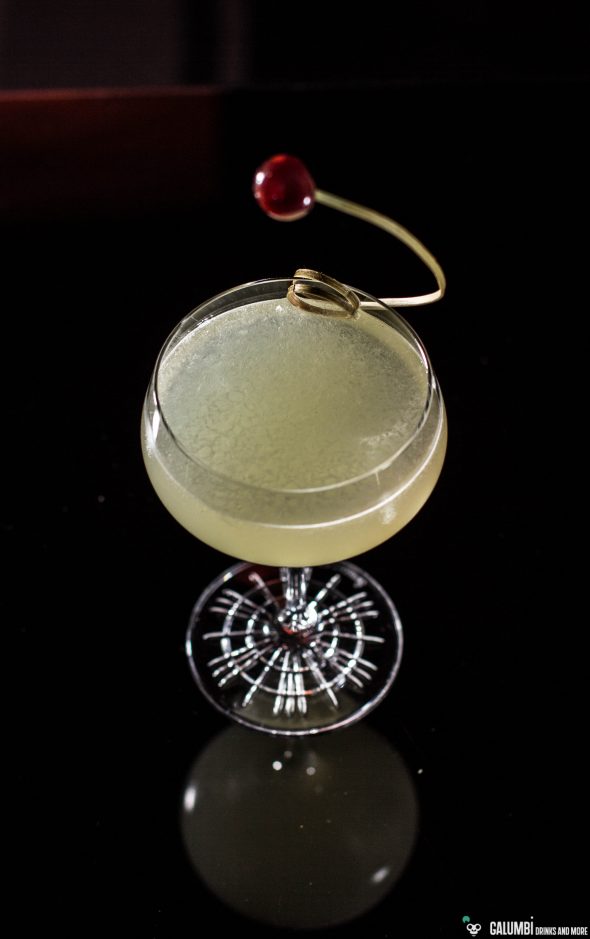 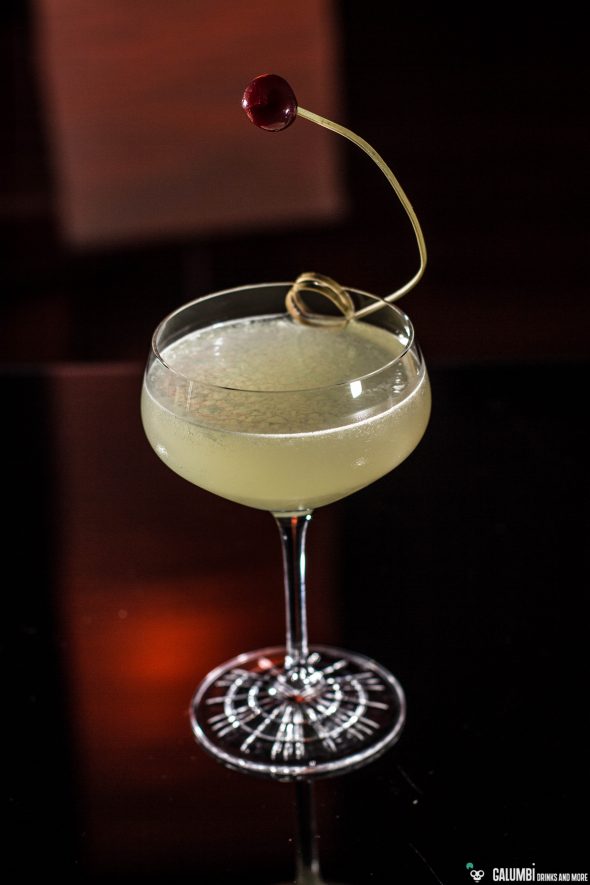 Buying sources: At specialized retailer or online. Orangeflower water can also be bought at some pharmacies.