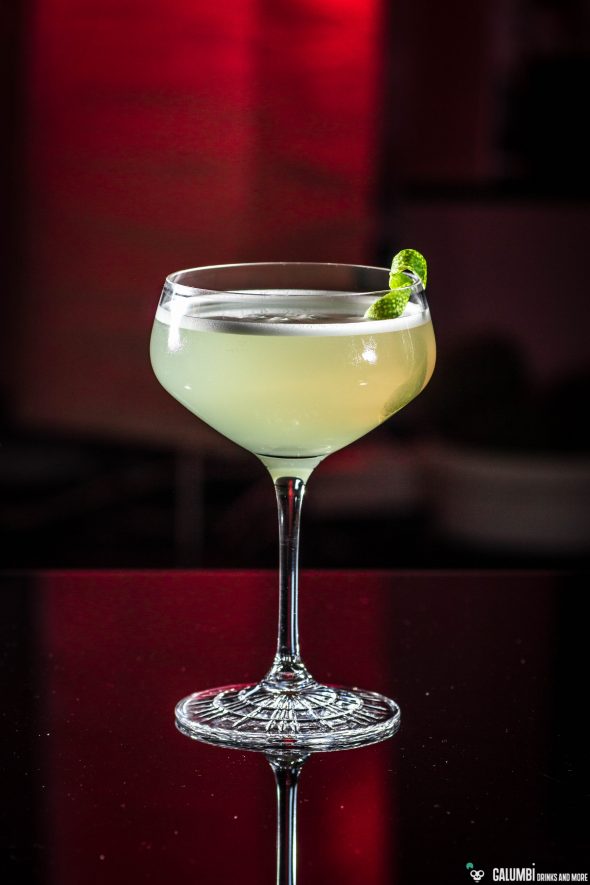 Once again it’s the hour of one of the great classics of cocktail history. Until now I have not written about this cocktail here although it has been waiting for its own article without any doubt; and it really deserves it. I’m talking about the Daiquiri, the Cuban-Caribbean classic that has influenced countless other cocktails directly or indirectly. But I must confess that the Daiquiri is not really my biggest favorite among the classics. This has nothing to do with the essential cocktail (if done right) but is more about my first contact which was not necessarily what you would call love at first sight.

But first I’d like to say something about the actual history of the cocktail. It is almost impossible to really name the exact origin of the Daiquiri. Nevertheless there are some probable and some less probable legends concerning its context of birth. But even if I will briefly tell the most famous stories here, it should always be clear that these rather are about the origin of the name Daiquiri. The origin of the actual combination of ingredients that makes up today’s Daiquiri, consisting of white rum, lime juice and sugar, cannot be told at all: All the ingredients were common for centuries in the Caribbean and also in Cuba.  They have even been carried on board the ships of the Royal Navy in order to prevent of scurvy, so I think that a prototype of the Daiquiri will most likely have evolved independently from each other in several locations. But none of that is really safe knowledge.

The cocktail owns its present name Daiquiri to a Cuban mining village which is closely located to the city of Santiago de Cuba. There, the engineer Jennings Cox worked at the local mines during the Spanish-American War in 1898. He is said to have mixed a drink consisting of white rum, lime juice and sugar there and thus triggered excitement among the miners. Another widespread explanation is closely related to this story. According to this version, the Daiquiri became famous four years later through an US congressman named William Chanler who bought the iron mines in that town in 1902. He not only exported the iron from that place but also the Daiquiri cocktail; especially to bars in New York City where it finally became famous.

Whether it has happened that way or not, it is interesting that originally the drink was served in a large highball glass filled with crushed ice to which sugar was added. Then lime juice and white rum were poured on top.

Meanwhile, the Daiquiri has emancipated itself from this type of preparation and serving and is shaken on ice like almost every other sour. Of course it is very important to use quality ingredients for this simple cocktail. In addition to freshly squeezed lime juice (although it is pointless to mention it: you should of course always use fresh juices in your cocktails) it is primarily the choice of a good white that is crucial here. And you can really mess up the whole cocktail with a bad white rum which is exactly what happened when I first tried the Daiquiri. I can remember that I first tried it on a “cocktail party”, long before I really became enthusiastic about the whole cocktail matter. At that time I had just started studying at university and did not really understand much about spirits and cocktails. This “Daiquiri” now consisted of some white discounter rum (I honestly forgot the brand), lime juice made from concentrate in a bottle and sugar syrup. Although a sour like the Daiquiri should be more on to the acidic side, this Daiquiri was too acidic at all. The taste of lime was awful and the rum was some cheap spirity swill. At that time I simply decided that I do not like daiquiris. What a misjudgement! But if you prepare a Daiquiri with fresh juice and a good white rum, it is a real revelation. I like to use the Matusalem Platino Rum that has a good price-performance ratio and its roots still lie in Santiago de Cuba. But it also works with a matured and then filtered white rum such as the Tiki Lovers White Rum. 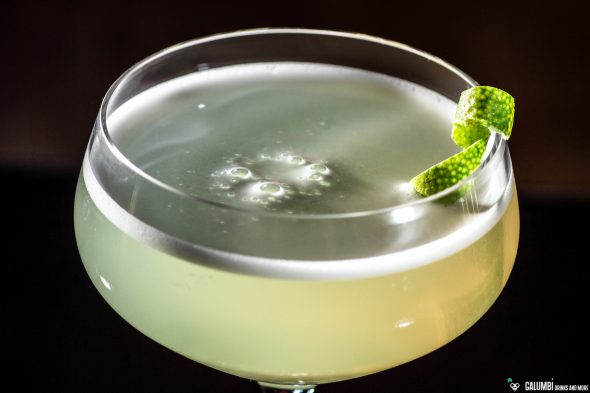 Historically, it is once again Ernest Hemingway, who has helped to make the drink even more famous with his legendary quote about his famous Cuban bar places: “My mojito in La Bodeguita, my daiquiri in El Floridita”.

I did present some variants of the Daiquiri here on the blog in the past. For example the Mulata, the Daisy de Santiago,the Smoked Basil Daiquiri or the Chupacabras Daiquiri.

Preparation: Mix all ingredients and vigorously shake on ice, then double strain into your pre-chilled glass. Spray with the oil of a lime zest (see below). 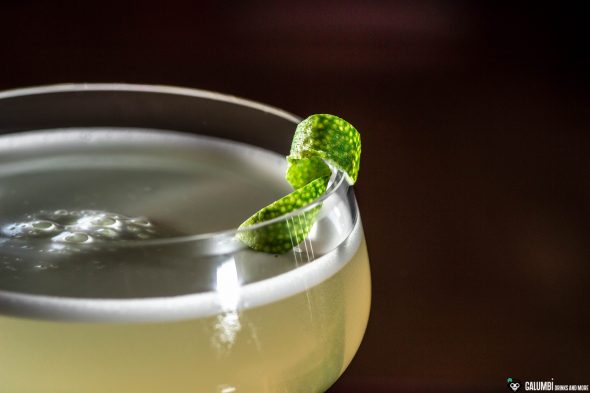 Buying sources: depending on your rum of choice you may have to visit a specialized trader.