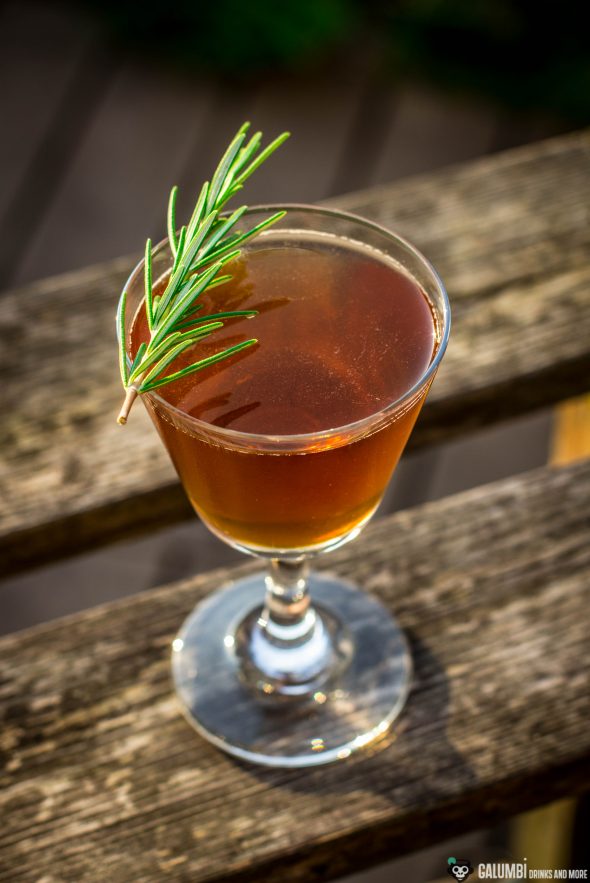 Today, the main focus will be on a special drink that was the result of some thought experiments around the pears. I really wanted to make a drink with bourbon or rye whiskey and a pear distillate and here I also had some ginger in mind. How exactly I would create this drink was not quite clear to me at first. My initial thoughts have been about a kind of sour cocktail, whereas I find sours in principle rather simple and personally prefer drinks that consist exclusively of alcoholic ingredients (granted, a source of sweetness like in an Old Fashioned may also be part of it). So I thought a little bit further. (provided test products)* 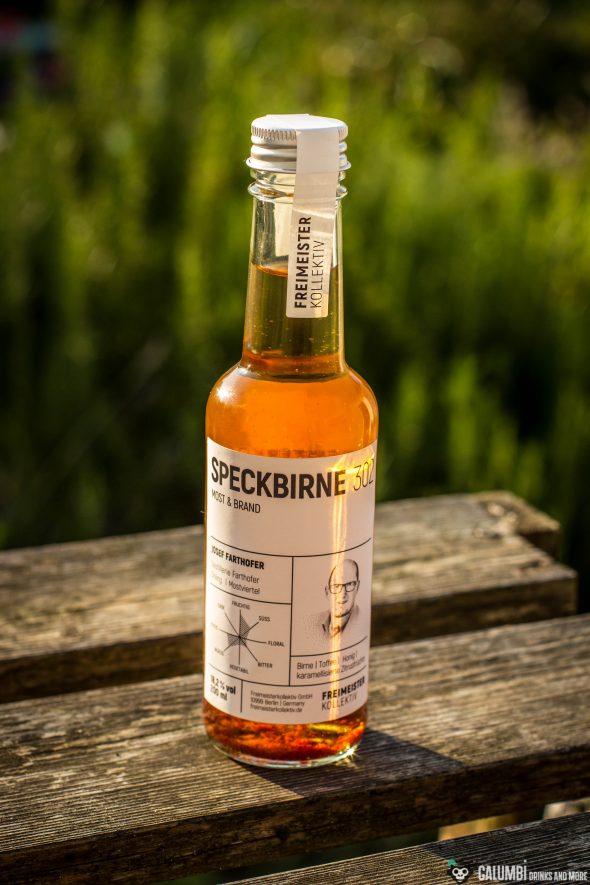 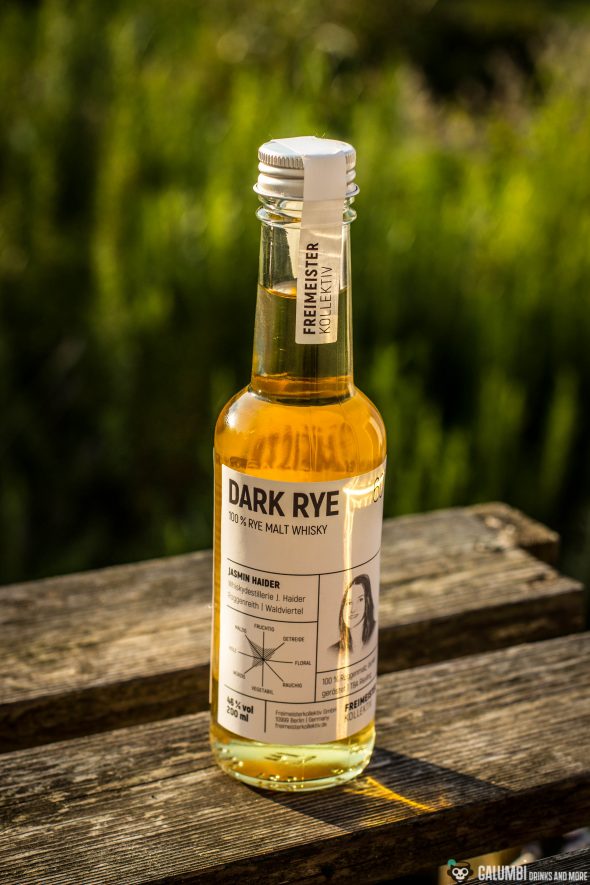 Besides the Speckbirne – as the other half of the split base for the drink listed below – stood the Freimeisterkollektiv Dark Rye. It is produced by the Austrian Jasmin Haider-Stadler, who has been running the J. Haider whisky distillery, founded in 1995, since 2016. For this rye, a base of 100% dark roasted rye malt from the Plohberger malthouse was used. Finally, the pot still rye distillate is aged for three years in a cask of local oak, in which a Trockenbeerenauslese (that is also the English designation) was previously kept. It is then finally bottled at an abv of 46%.

Finally, I have chosen the very beautiful Dwersteg Ginger Liqueur. Only recently, I also used the Dwersteg Orange Liqueur and was quite taken by it. The ginger version is also a liqueur based on wine distillate, sweetened with acacia honey and given its fresh spiciness by ginger essence. With 30% vol. it also offers a nice alcohol strength. 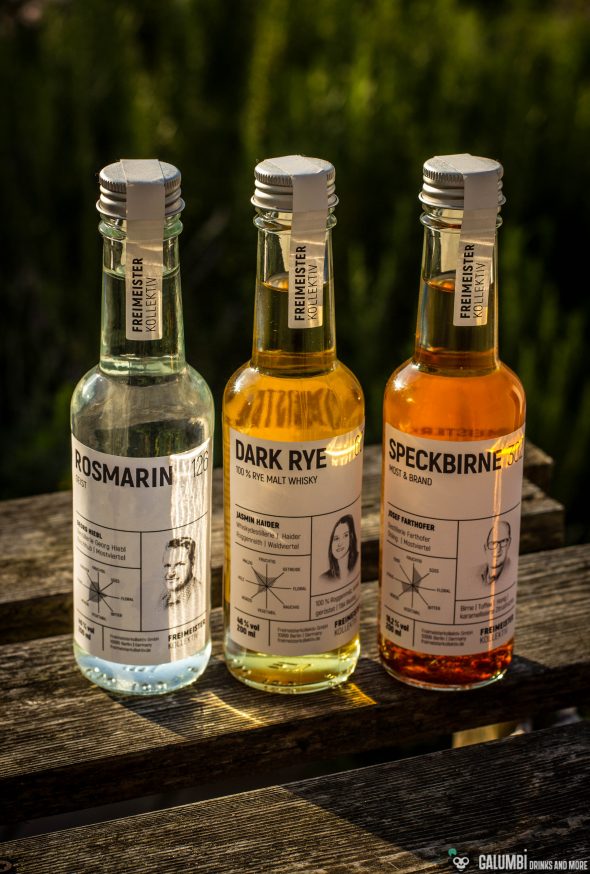 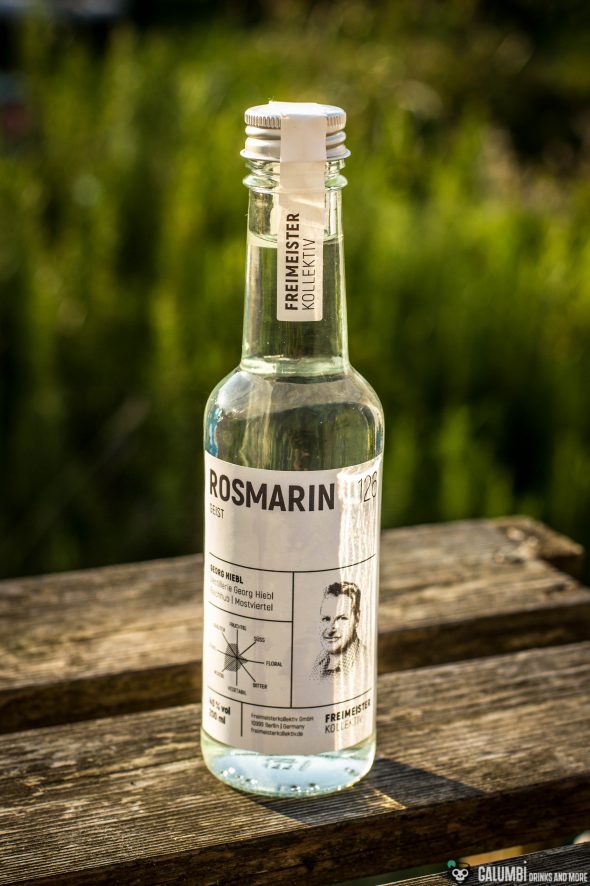 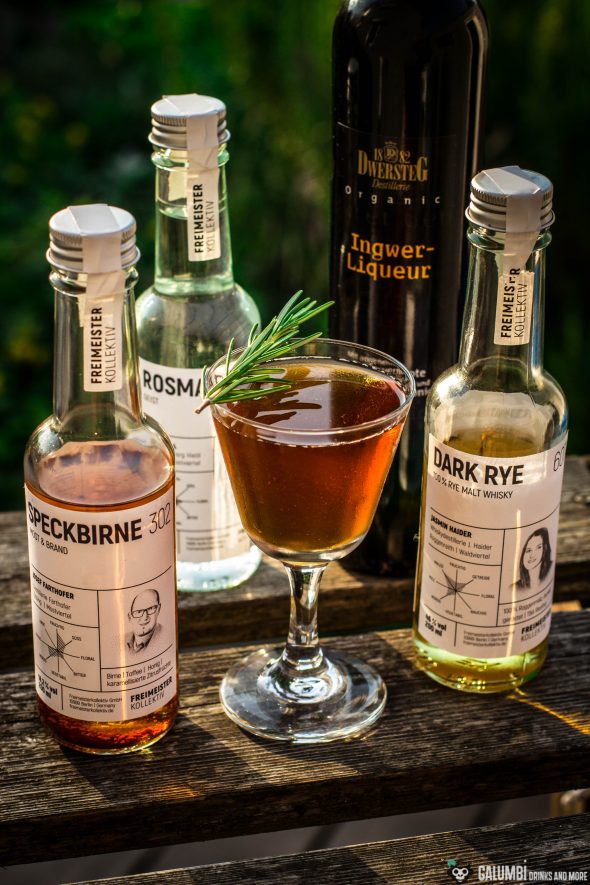 My drink called “Rear Cocktail” (the simple combination of Rye and Pear) gets some more depth through a Dash of The Bitter Truth Bogart’s Bitters and a bar spoon of Freimeisterkollektiv Rosmarin (Geist). This rosemary eau de vie – like the wonderful Krauseminze (Spearmint) eau de vie (about which I have written here) – was distilled by Georg Hiebl and once again manages to capture the essence of rosemary in a wonderful way. In combination, the result is a wonderful drink, which is not too sweet, but not too dry either. A nice medium drink for everyone who does not necessarily need juice in his or her drink. 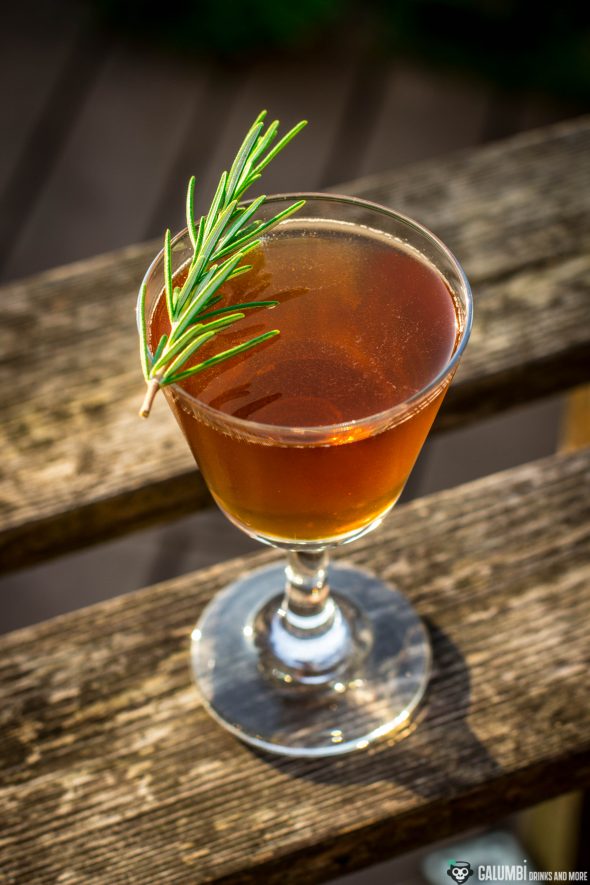 Preparation: Stir all ingredients cold on ice and strain into a pre-cooled glass.