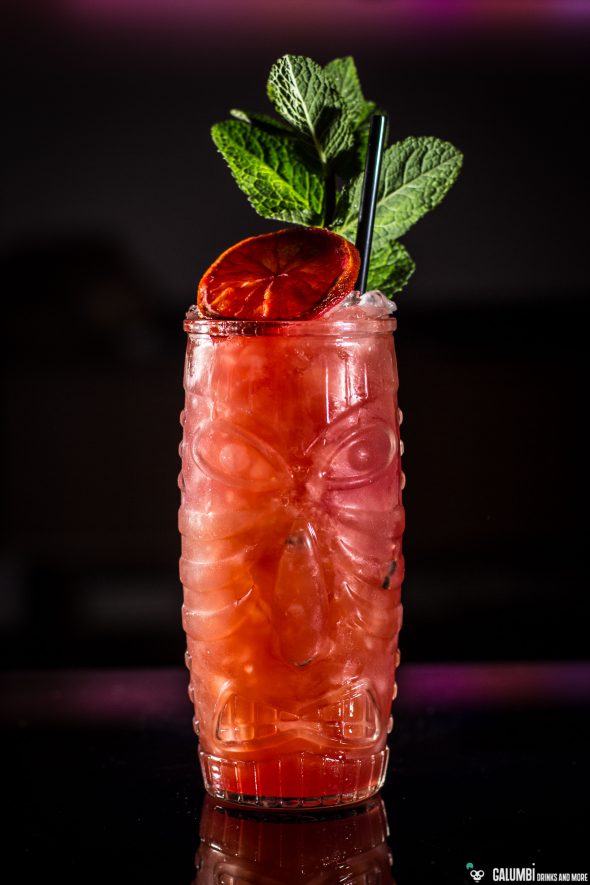 Without question, tiki drinks often offer a visually stunning effect. On the one hand, they serve common cliché expectations many people have regarding cocktails, on the other hand, well-made representatives of this genre also manage to overcome existing negative stereotypes of mere juice concoctions with rather questionable finesse. Furthermore, you can expect a real firework of flavors – if the right rum is of the party. (provided test product)*

You will definitely find such a firework in today’s drink, which I have named Big Bloody Bamboo. Now you may wonder why this drink is called that way and where the bamboo in the pictures is. At this point, I probably should unconfuse you: There simply is no bamboo – neither in the photos, nor as some kind of hidden ingredient in the drink. The reason for the name instead lies in a tribute to the Big Bamboo cocktail, which has been my inspiration for today’s recipe. And despite some changes in the list of ingredients, the original remains recognizable. 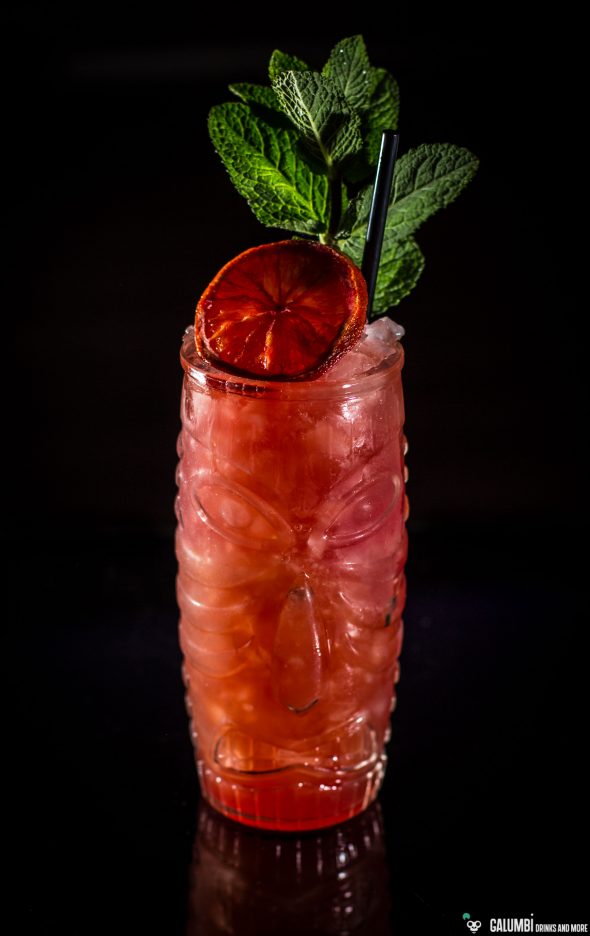 The Big Bamboo was invented by Mariano Licudine in the early 1960s at his Polynesian restaurant Mai-Kai in Fort Lauderdale, Florida. In contrast to many other Polynesian restaurants of the 50s and 60s, the Mai-Kai exists to the present day. But you will look in vain for the Big Bamboo cocktail on the menu because it has been replaced by a milder version, the “Mara-Amu”. The Big Bamboo consisted of dark Jamaican rum, golden Cuban rum, lime, orange and grapefruit juice, passion fruit syrup and Angostura Bitters. In my version, I’m relying on a slightly different combination of rums: The Plantation O.F.T.D. and the Plantation Vintage Edition Panama 2004. I also used blood orange juice and bestowed a tiny bitter accent upon the drink by adding some Campari and some grenadine syrup. Oh, I almost forgot: the original was served in a bamboo mug. Unfortunately, I have no such mug, but it would have been a shame to hide the beautiful color of this drink behind a non-transparent cup wall. 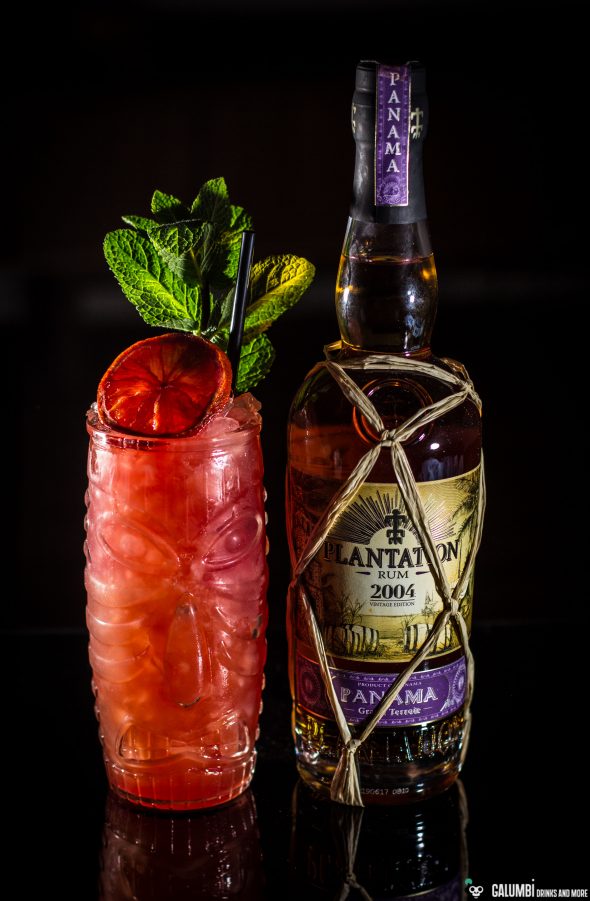 Preparation: Put all ingredients (including crushed ice) in a blender and mix for 5 seconds at the highest level. Then fill in a tiki mug (or bamboo mug) filled with fresh, crushed ice.

Garnish: fresh mint and a slice of dried orange that macerated in some Campari beforehand. 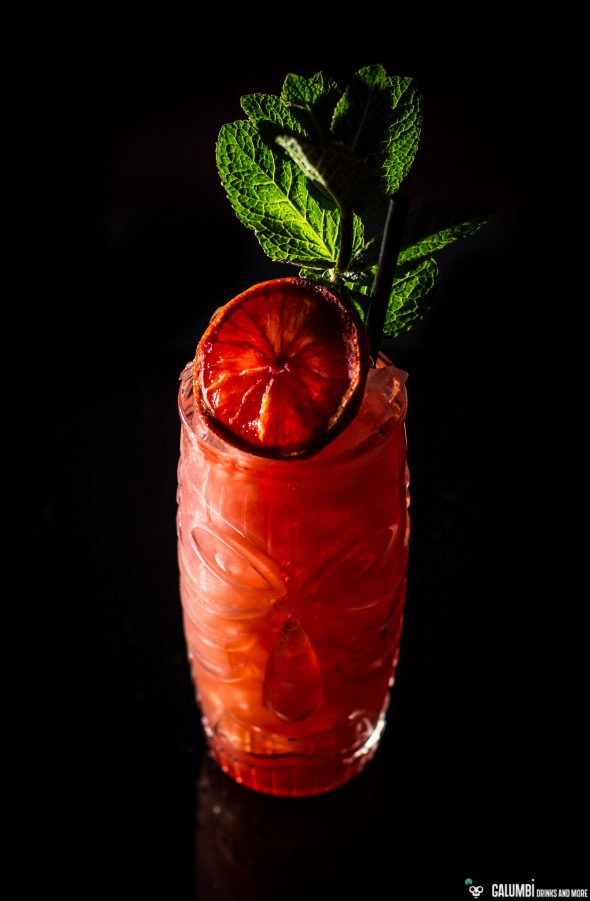 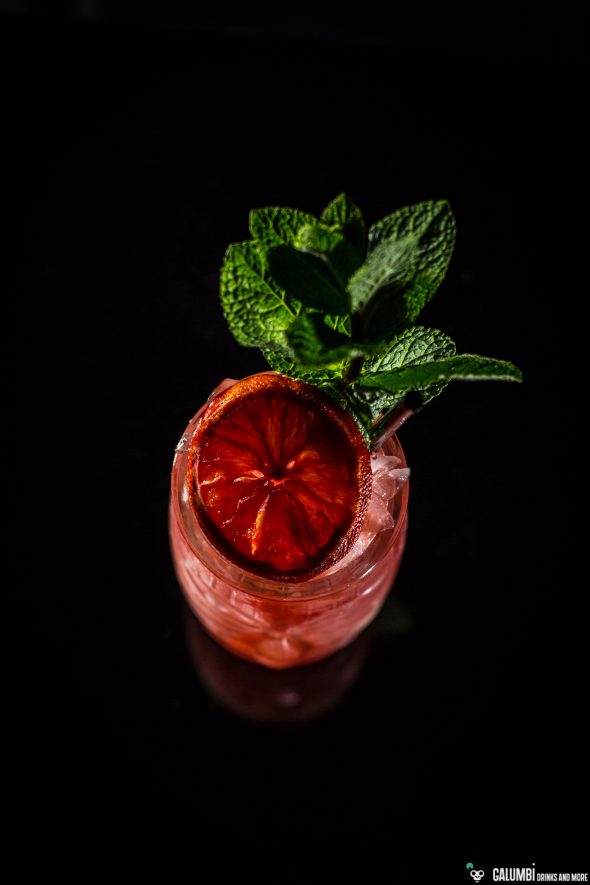 The Plantation Vintage Edition Panama 2004 is once again a rum from Plantation’s Grand Terroir Vintage Edition series (more on the main idea behind these rums can be found here). The rum matured after the distillation in Panama for nine years in former Bourbon barrels before it was allowed to once again mature for two years in former Cognac barrels in the cool cellars of the Château de Bonbonnet in France. So far, I’ve actually enjoyed all Vintage Edition rums from the series, and since today I first presented the cocktail, I still don’t want to withhold how the rum performed in the tasting.

(As also stated in previous articles, Plantation concedes quite openly that a small portion of sugar is added to most of their rums – they compare this practice with the traditional “Dosage” we know from the champagne production.) 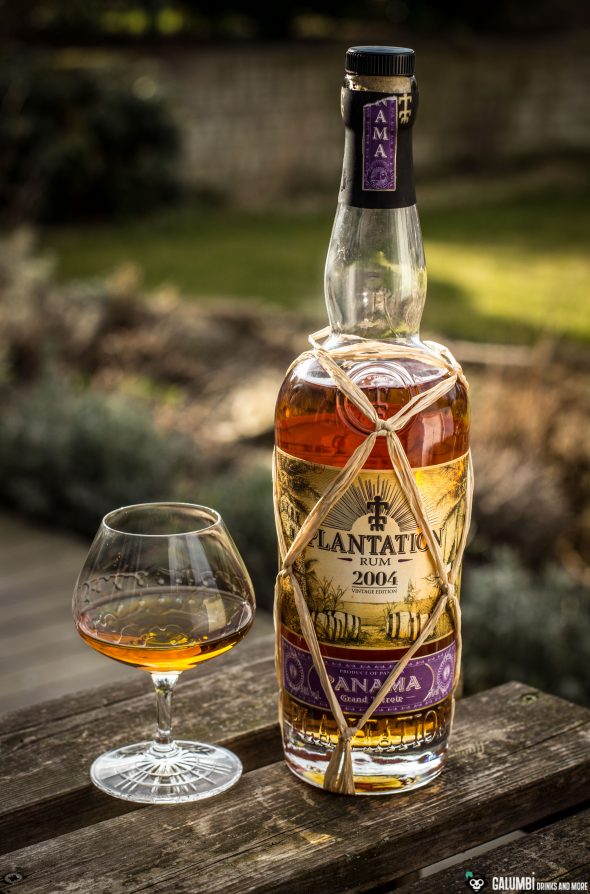 Aroma: a surprisingly spicy and powerful first impression rises up from the glass: plum compote, cinnamon bark, star anise, notes of fruits reminiscent of red wine and a fine honey. After a few minutes the spicy compote almost gains a reminiscence of Japanese Umeshu characteristics. Finally it fades into a gently caressing vanilla.