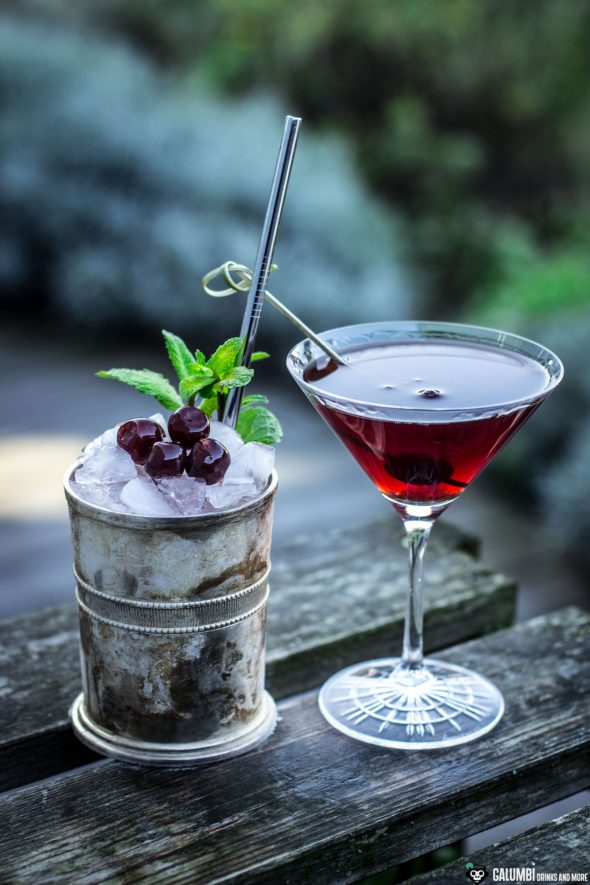 Lately I have mentioned on varios occasions that South and Central American rums are often subject of debates. In my recent article about the Mexican Ron El Prohibido 15 I did criticize the practice of adding sugar or even so called “softeners” like glycerine to the rum (while not declaring it publicly). Against this background, external or independent bottlers are a very good way of approaching rum from these nations from a different angle. (provided test products)*

And as such, the Cognac house Ferrand is also active on a grand scale with its “Plantation” bottlings, about which I have already written in many articles. Plantation-Rums have never really disappointed me before, the responsible master blender Alexandre Gabriel is without doubt a master of his art. And I also like the fact that Plantation, in the wake of recent developments throughout the rum connoisseurship, is increasingly focusing on transparency and information.

That’s why today I’d like to take a closer look at two bottles that come from two different countries of a particular region. On the one hand, with the Plantation single Cask Panama 12 Years I have a rum in front of me that comes from a country of which I have already tasted and reviewed a Plantation rum before. On the other hand, with Plantation single Cask Guatemala XO I have a Guatemalan rum waiting to be reviewed that makes me curious once again. Because perhaps hardly any country stands so exemplarily for the rapid rise and fall of sweetened rums during the last years. Of course there is no way around the name Zacapa, which five years ago caused storms of enthusiasm in all places, but in the meantime (after the subsequent addition of additives became known and also because of the dubious age information) it is sometimes contemptuously disdained as “adulterated”. 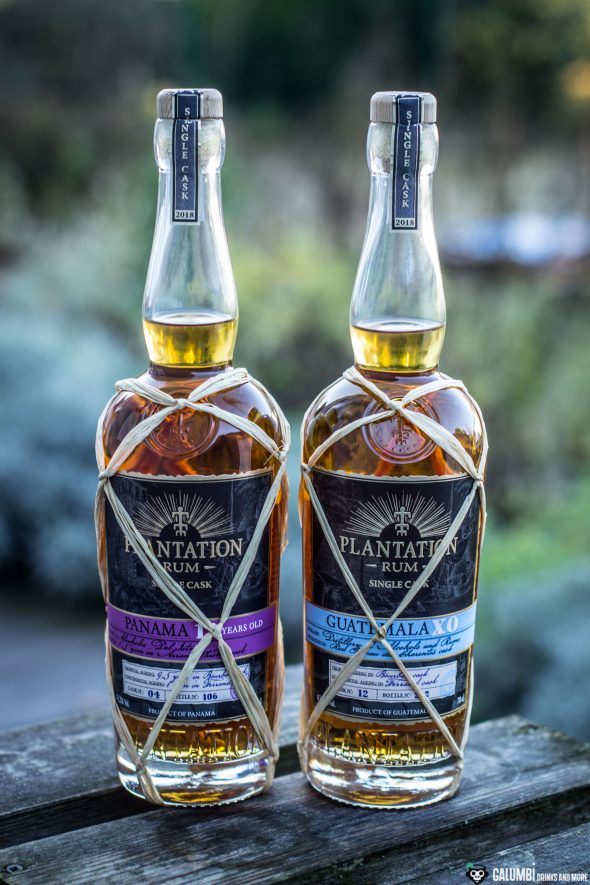 Therefore, I would like to start at this point with the Plantation Single Cask Guatemala XO. This rum was produced in the Distillery of Alcohols and Rums, also known under the name Darsa, which belongs to the Industrias Licoreras de Guatemala. That rum company is also the one behind the Ron Zacapa brand, but also behind the Botran brand. According to Guatemalan law, rum may only be produced there from fermented “virgin sugar cane honey”. This differs from molasses in the way that fresh, previously filtered sugar cane juice is boiled until a syrup with at least 72% sugar content is obtained. In this respect, it should not be confused with a Rhum Agricole made from fresh sugar cane juice. The exact maturation age of this rum is not indicated, we only learn that it is a rum that matured for several years in former bourbon barrels. Thus, if you are looking for a hundred percent transparency in a Guatemalan rum you will unfortunately be disappointed. However, considering this rum to be on the same level as other previously mentioned Guatemalan rums would not do it justice. Because we still get a lot of information from the House of Ferrand. For example, as usual with Plantation, the rum is finished in former cognac barrels in France for exactly one year. Afterwards it matures another year in a barrel that previously contained red Pineau des Charentes. That actually sounds very exciting. The company also makes statements about added sugar – called “Dosage” by Ferrand: With 20g of sugar per litre, this dosage is again somewhat higher than the Plantation Single Casks I recently presented here on the blog, but compared to the Zacapa flagship with the ominous number 23, for example, the quantity is only about half as high (according to different measurements collected here – German language). Nevertheless, I do not really know what an unsweetened Guatemalan rum tastes like and will not get to know it either. Finally, the rum is bottled with an ABV of 41,2%. 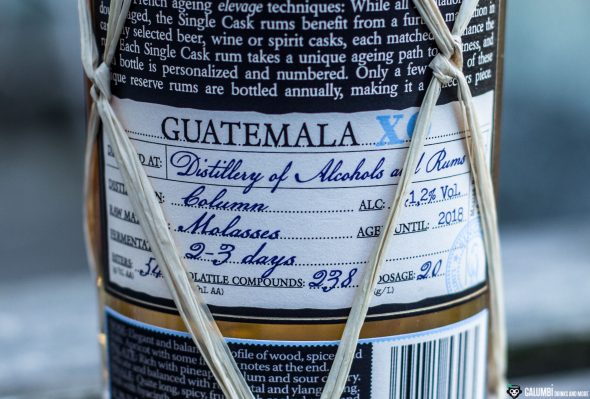 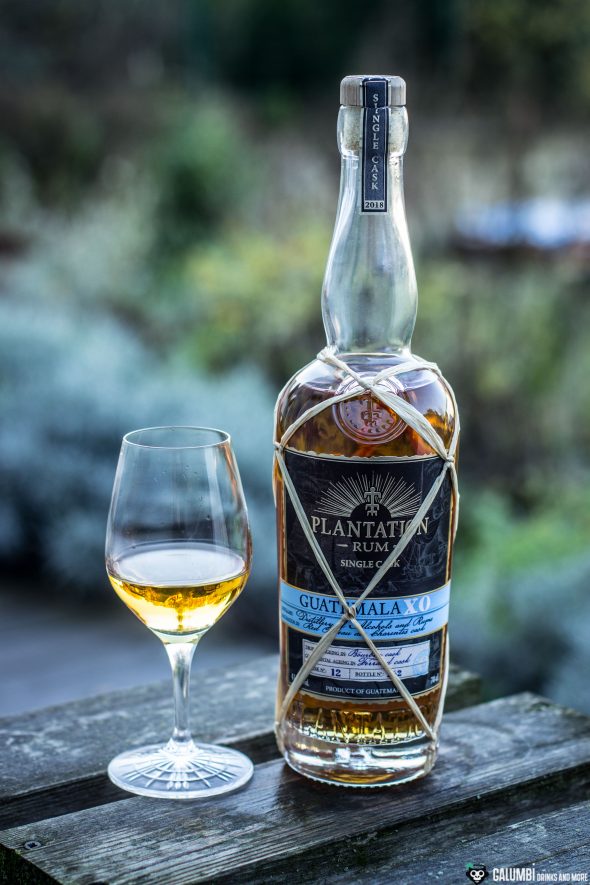 Aroma: Roasted coffee with a creamy note, almost reminiscent of cappuccino. In addition, there is a light citrus tone, which combines with the roasted notes and reminds a little bit of cola. I can also find apricots and a little coconut blossom sugar.

Taste: Also on the palate, the notes of coffee, cola and light fruit associations of lemons, currants and some cherry are unmistakable. A certain sweetness is also there, but it is not as superficial as with a Zacapa.

Now back to Panama. Here, I want to concentrate directly on the inner values – but of course not without going into the frame of origin. This rum comes from the distillery “Alcohols Del Istmo”, which is located in the southern province Herrera. The Plantation Single Cask Panama 12 Years matured for nine and a half years in former Bourbon barrels, before it was then finished in France. Well, now it becomes exciting because this took place for the almost obligatory one year in former cognac barrels, but for further one and a half years also in former barrels of the Scottish Arran whisky distillery. And that makes me especially happy! Not only because I was able to visit the Arran Distillery (unfortunately not yet opened and under construction at that time) with two friends, but because I really like the single malts from Lochranza. Sweetening was also applied here, but with 6g per litre only to a very small extent. Finally, the rum was bottled with an ABV of 46,2%. – I am really curious for that one! 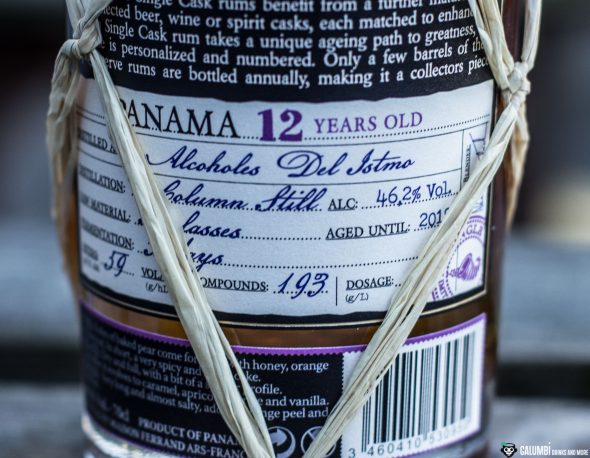 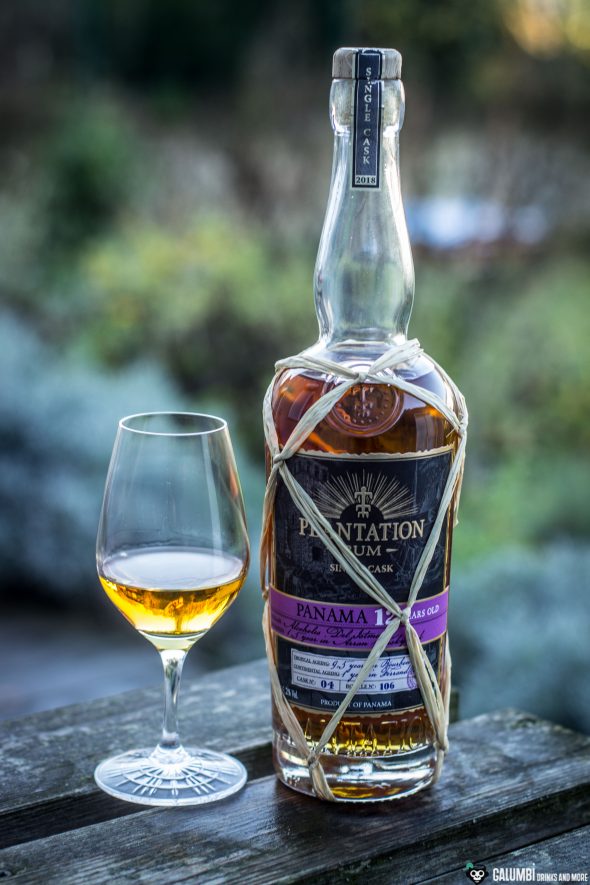 Aroma: Notes of still raw short pastry dough combine with fine cinnamon and nutmeg flavor and a rather subtle sweetness. Spicy oak notes, oranges and baked pears definitely make you want to have a first sip.

Taste: Rather dry, here too only slight sweetness, oak wood, hints of pastry and beautiful, multi-layered spice notes with vanilla and liquorice. The impact of the Arran casks is unusual, but very nice. Orange peels and nuts are also present. I absolutely like that one! 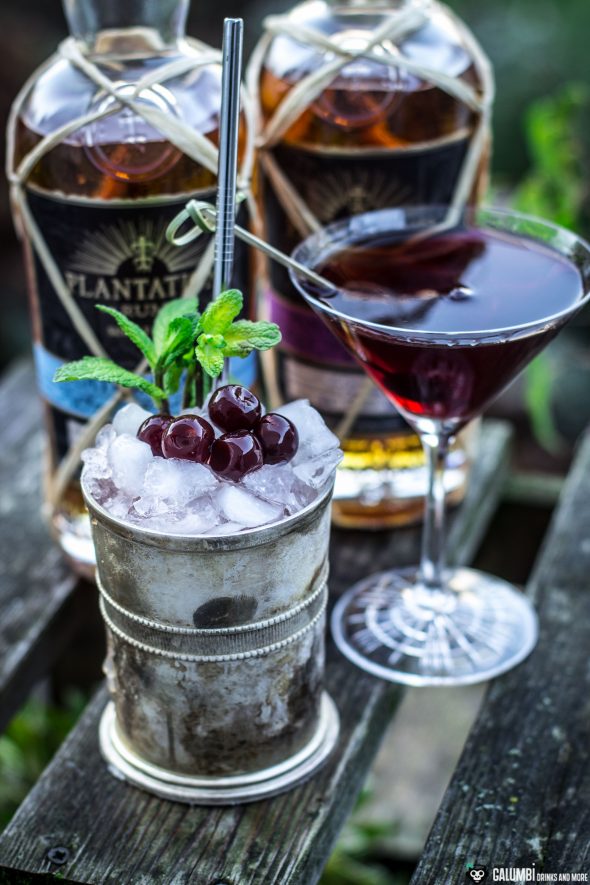 Two rums, two cocktails – that is my mission at this point. And here I decided on two relatively different, but not too complex approaches. The roasted coffee and cola notes of the Guatemala XO initially made me think of a combination of that flavor with cherries, which I finally translated into a julep cocktail. I was inspired above all by the Stagger Lee Julep, although there are some differences. Most decisively, the addition of Tia Maria underlines the mentioned facets in the rum. Since Guatemala makes me think of coffee next to rum anyway and I couldn’t think of a more innovative name for the cocktail, I simply called the drink “Guatemala Julep”. 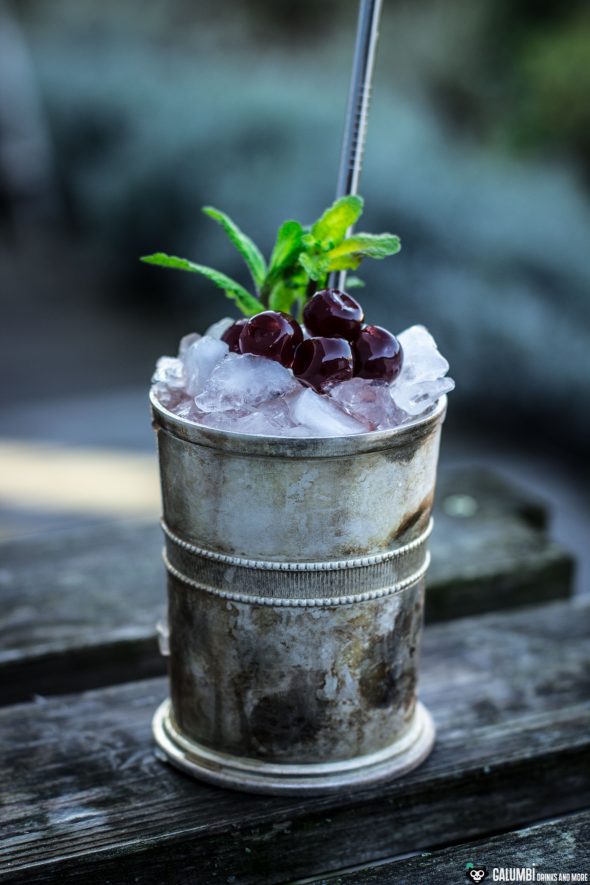 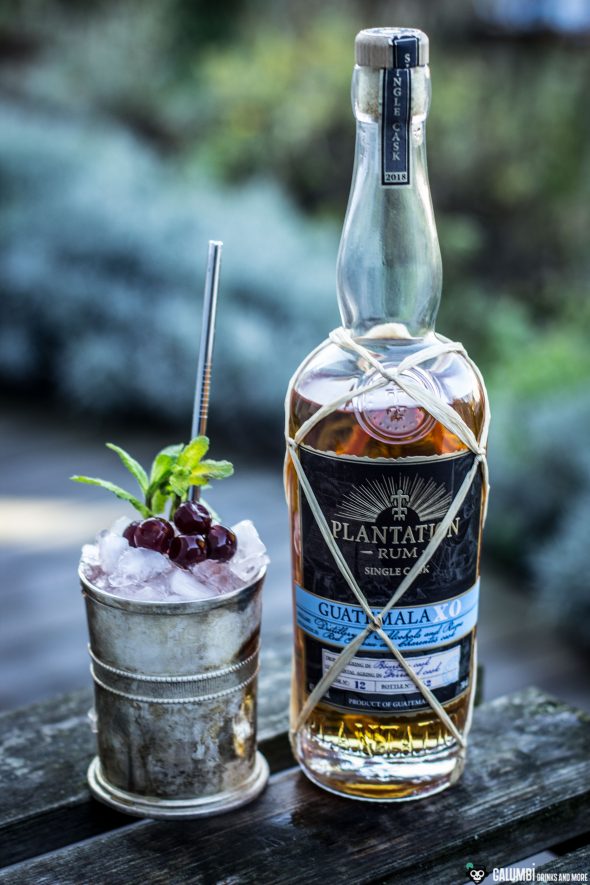 On the other hand there is the wonderful Plantation Single Cask Panama 12 Years and here I knew immediately that I wanted to create a vermouth cocktail. The cake notes of the rum and the finish in the Arran whisky barrels gave me the idea to combine it with some Arran Whisky from a former Port wine barrel. This is now enriched by some Dubonnet (you can alternatively opt for an Italian vermouth – for instance Carpano Antica Formula will work – though it is not the same), Ruby Port and a nuance of Guignolet de Dijon (alternatively a Cherry Heering would be possible here). A dash of Angostura Bitters and some citrus oil on top of the drink and you’ll have a very aromatic, full-bodied drink called “the Rubeus”. 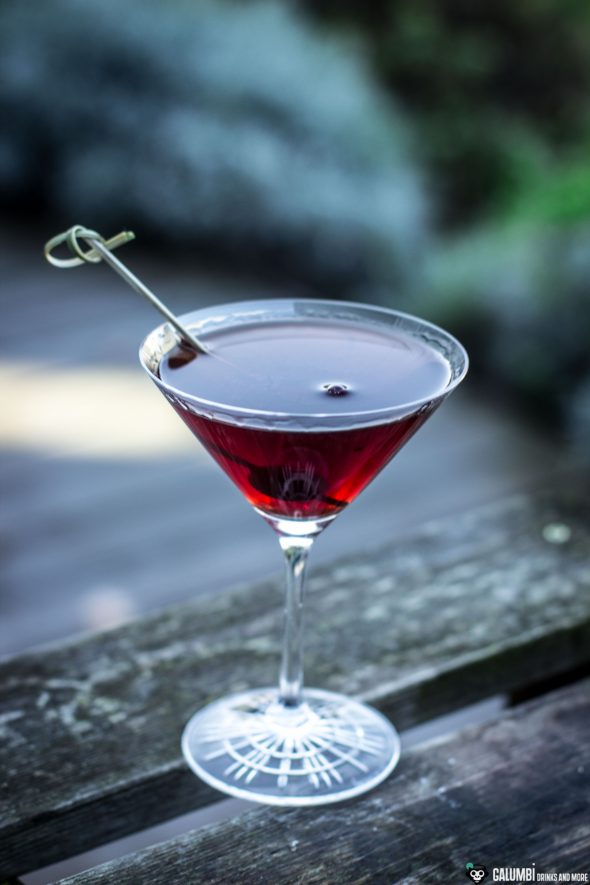 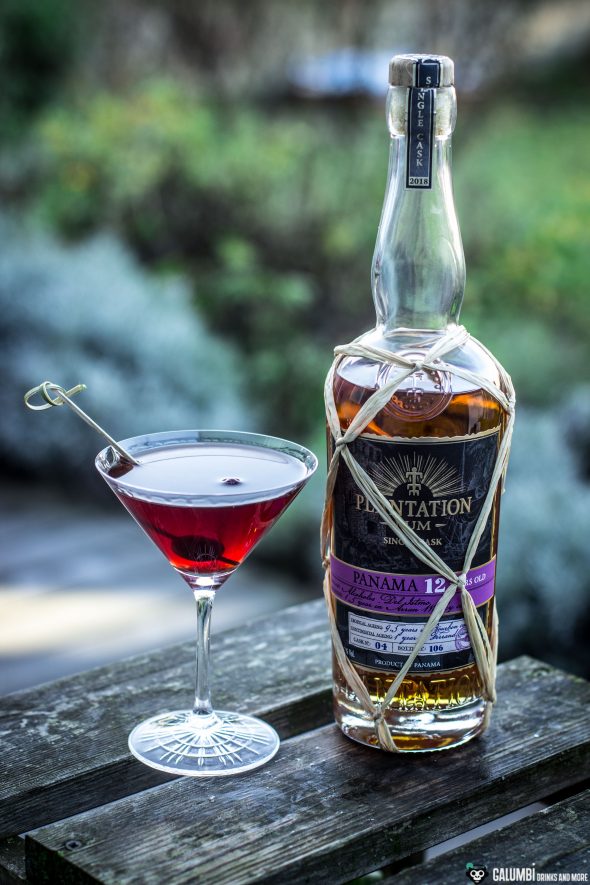 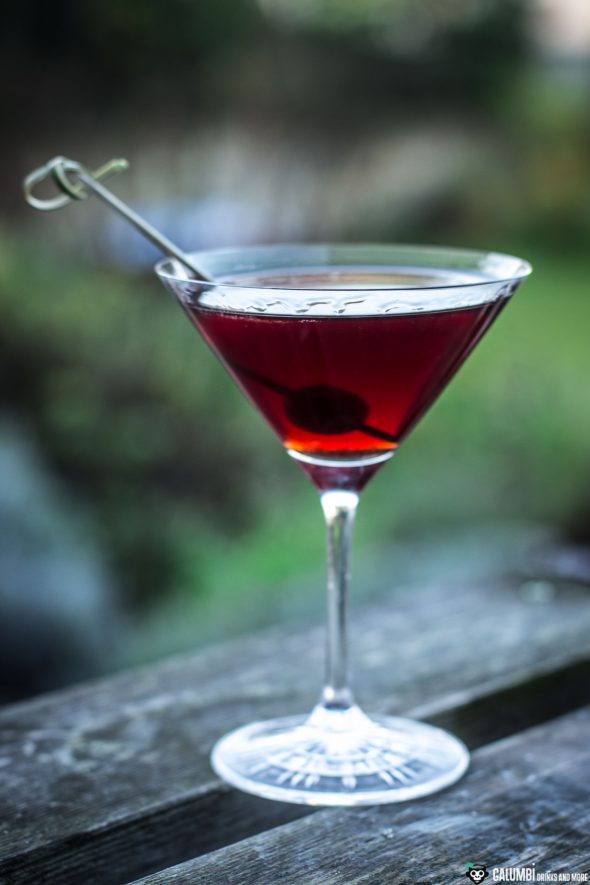 Preparation: Stir all ingredients on ice in a mixing glass until cold and strain into your pre-cooled glass. Finally, spray with the oil of a lemon zest. 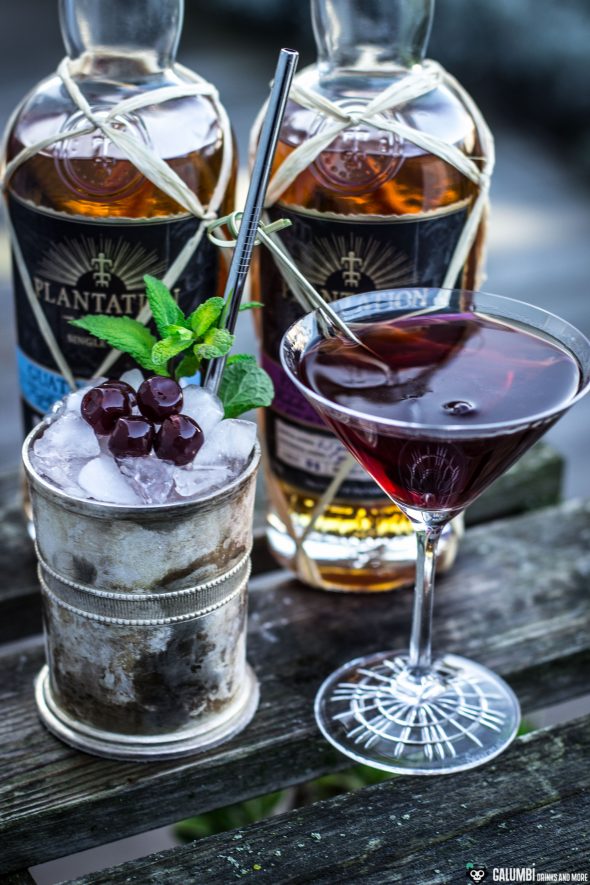