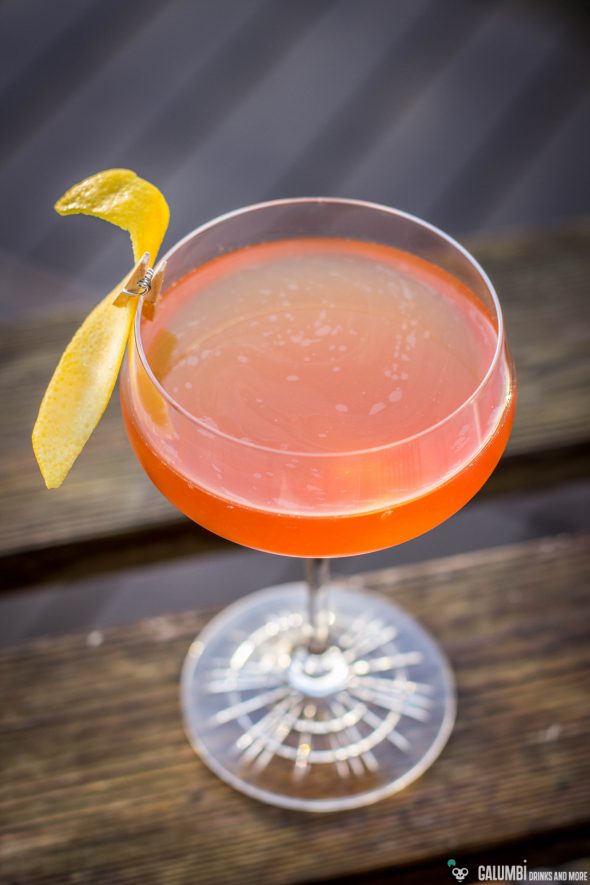 Anyone who has been reading this blog for years will have noticed that I have repeatedly spoken out in favor of the diverse possibilities and great potential of fruit eau-de-vies (in German: Brände & Geiste) behind the bar. And I’m not just saying that, I really mean it, because the most widespread branch of the distiller’s craft in Germany often has a lot of innovation to offer (in addition to tradition, of course). Moreover, their products are usually of high quality. And indeed, my personal first “spirits tasting” was one that was closely linked to fruit eau-de-vie. (provided test products)*

Today I would like to take a look at two products from the house of Lantenhammer. Not only fruit eau-de-vie connoisseurs should be familiar with the name Lantenhammer, they are certainly one of the most successful and also best known fruit distillers in Germany – who have now also received a lot of attention and recognition, especially for the Slyrs Whisky. The Lantenhammer distillery was first founded in 1928 as a gentian distillery in Hausham (south of Munich). After a company move and a reestablishment in the post-war years, the distillery is now back in Hausham since 2014 (in the meantime they were based in Schliersee).

To describe my personal first contact with distillates of the distillery, I have to tell a small anecdote. As I said at the beginning, I actually experienced my first “spirits tasting”, so to speak, with products from this distillery. At that time, however, the term “tasting” did not yet exist as an Anglicism in German language – and on top of that, I had no idea at all about spirits, cocktails, or any contact at all with upscale spirits or bar culture; it must have been about 20 years ago (give or take a year or two). At that time, I was maybe 20 years old and attended a home match of the well-known Bundesliga club of my home city (to which I have also been loyal since childhood): Borussia Dortmund. I was lucky enough to have received two tickets together with a friend for the VIP lounge of the stadium, which had just been rebuilt at that time. In the meantime, I have long forgotten exactly which game it was, but I can still remember clearly that at a bar in the VIP lounge there was a large-scale “tasting offer” from the Lantenhammer distillery, where you had the opportunity to get to know some of the distillery’s distillates. Now it would be an exaggeration to say that I remember details. I really didn’t have a clue about anything and merely drank a few “snaps” with my friend. What I do remember, however, is that I really enjoyed it and remembered the different types of fruit in their liquid form as a really positive experience. 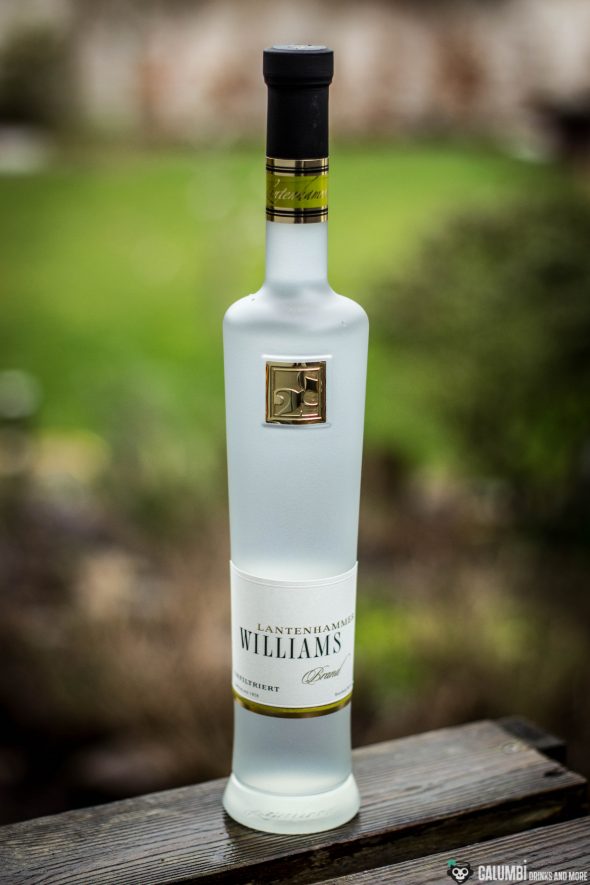 In that respect, today is a bit of a full circle in a way, as I am of course happy to be able to “refresh memories” in a way, even if that is perhaps more of a nostalgic phrase than an accurate description of what is actually to be expected when tasting the spirits.

But all right, so let’s take a look at the two bottlings we’ll be discussing today: first, there’s the Lantenhammer Williams (Brand) and the Lantenhammer Waldhimbeer (Geist). Both are bottled at an appealing abv of 42%. in really beautifully designed bottles, as you often encounter with fruit eau-de-vies. Basically, I don’t want to go into detail again in this article about the difference between Brände and Geiste (especially since this distinction is not made in most languages respectively countries), which I have done many times before. Only this much: a Brand (literally translated: brandy) is distilled from the fruit mash of the corresponding fruit, a Geist (literally translated: spirit) is created by the maceration of fruit in alcohol, which is then distilled again.

Lantenhammer Williams is made from Williams pears from the Bolzano Basin in South Tyrol, which are fermented for three weeks and then double distilled on 450-liter copper pot stills. There was no filtration done. After aging in stoneware containers, the eau-de-vie is finally bottled.

Palate: The palate also reveals a lovely Williams pear with presumed sweetness; one almost thinks to taste the velvety texture of the pear on the palate. Very fine and subtle tones of mint and spice are also in the mix. The alcohol is nicely integrated, a very good Williams eau-de-vie, no question about it – which also strikes me as a more intense representative than I know from some other Williams eau-de-vies I’ve tried.

Finish: medium long with pear, nuances of cinnamon and associations of tannins. 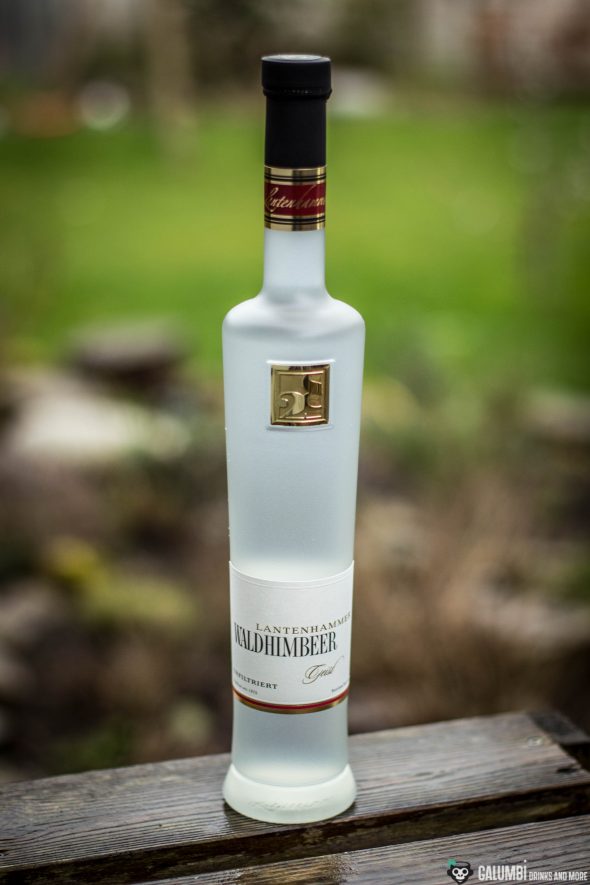 Aroma: Again, the aroma is so compelling that you might reach for a bowl full of ripe wild raspberries with your eyes closed. Fresh, fruity wild raspberries show up along with their typical core characteristics with subtle hints of lemon, strawberries, powdered sugar and a hint of vanilla as well as diffuse herbs.

Taste: wild raspberry as far as the palate tastes! As time goes on, associations of lemon and strawberry reappear, an idea of white pepper, a nuance of sage and light honey against another diffuse herbal background. Wonderful!

Finish: long-lasting with fruity raspberry and a subtle, authentic bitterness of the fruit pits.

Now, however, to a real matter of the heart: the use of fruit eau-de-vies in cocktails. Today I would like to show how beautifully this can work with a first recipe that Jan Halfpap developed in 2016 at Le Lion in Hamburg: the Savelberg. Named after Dutch journalist Robert Savelberg, this drink is simply wonderful and complexly balanced so that its ingredients remain both recognizable but together simply add up to more than the sum of its parts. The base here is Rutte Old Simon Genever, which I don’t think can be replaced by any other genever, even in the drink. You can certainly play around more with the two vermouths, which is why I’ll just list them in general terms. The unfiltered Lantenhammer Williams (Brand) is such a nice choice here because it comes across as really intense and absolutely shows its character in the drink, which I really, really like. At this point, many thanks to Jan Halfpap for the great cocktail. 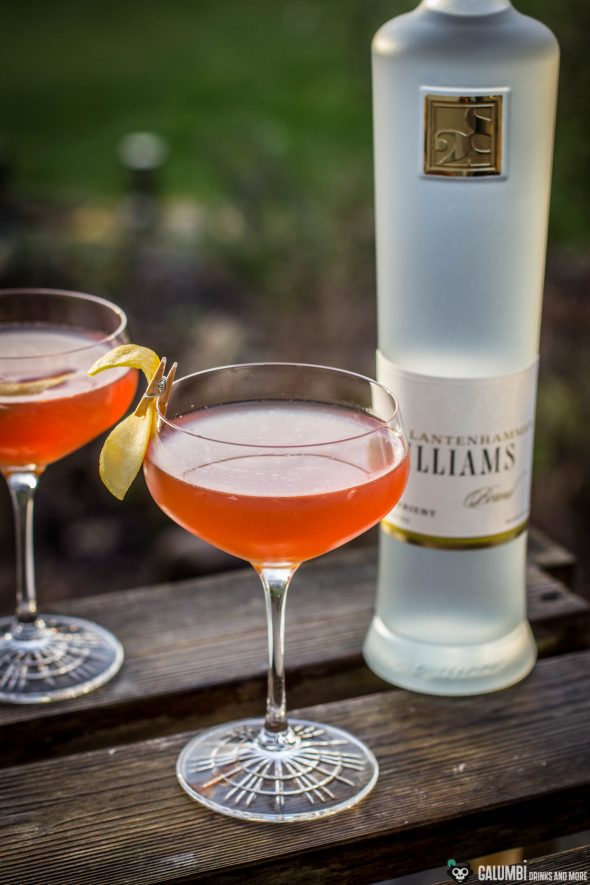 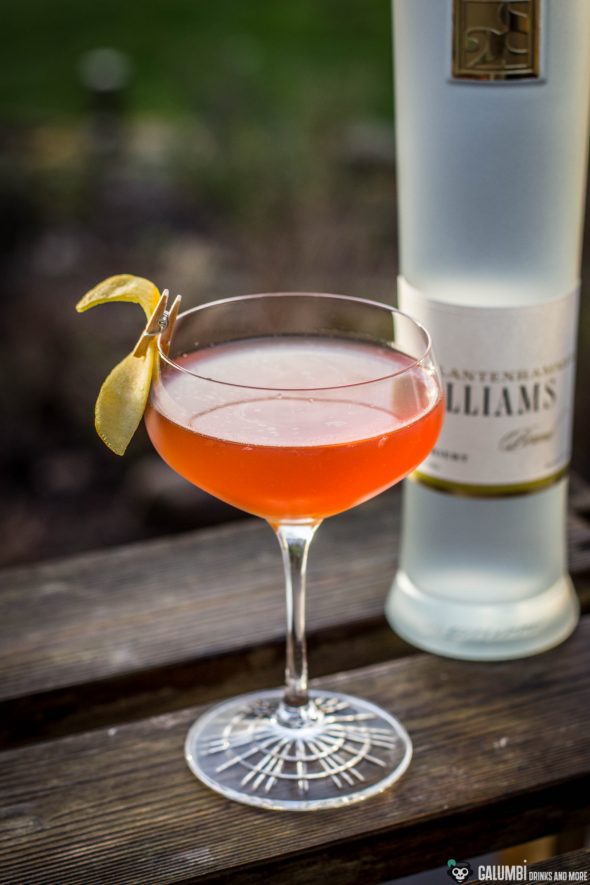 Preparation: Although lemon juice is used here, the drink is stirred. To do this, first stir all ingredients in a mixing glass briefly without ice to dissolve the honey. Then stir cold with ice as usual and strain into the pre-chilled glass.

A second drink is basically a variation of the beautiful Barbary Coast cocktail. The Barbary Coast is a Prohibition-era drink whose exact origins are obscure. It is actually a mixture of non-peated scotch, gin, white creme de cacao and liquid cream. You might guess from reading the ingredients that the drink would also work wonderfully with a raspberry eau-de-vie. And that’s exactly how it is. So without further ado, I named the drink “Raspberry Coast”. 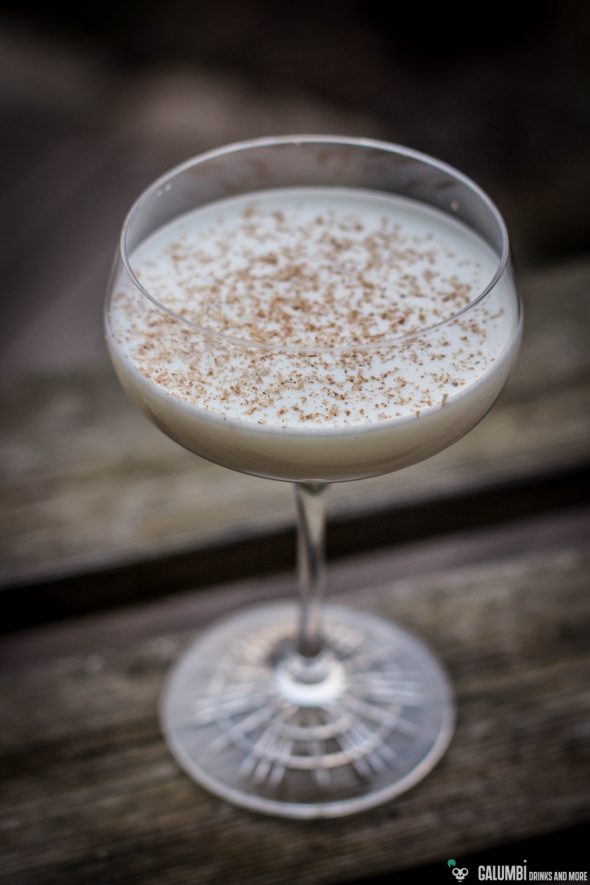 Preparation: Shake all ingredients vigorously with ice and double strain into pre-chilled glass. 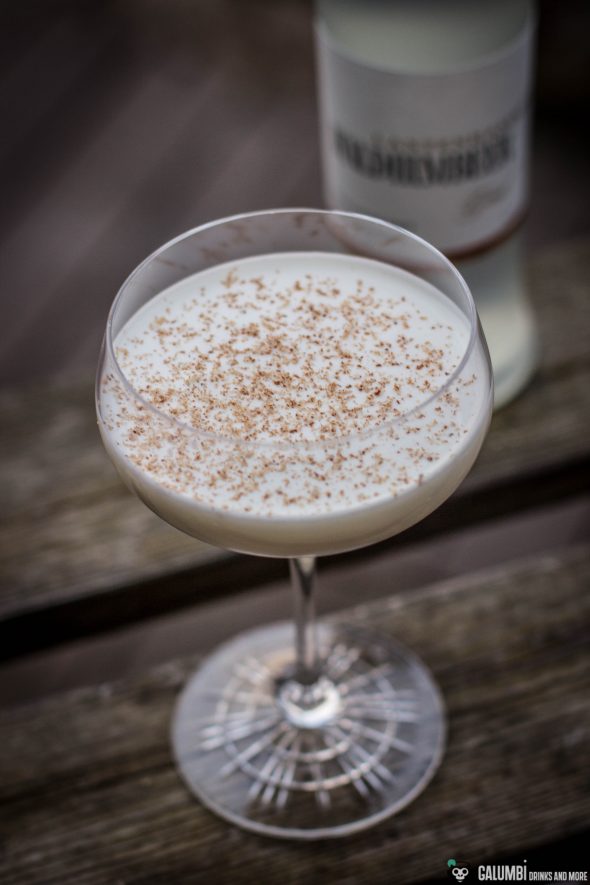