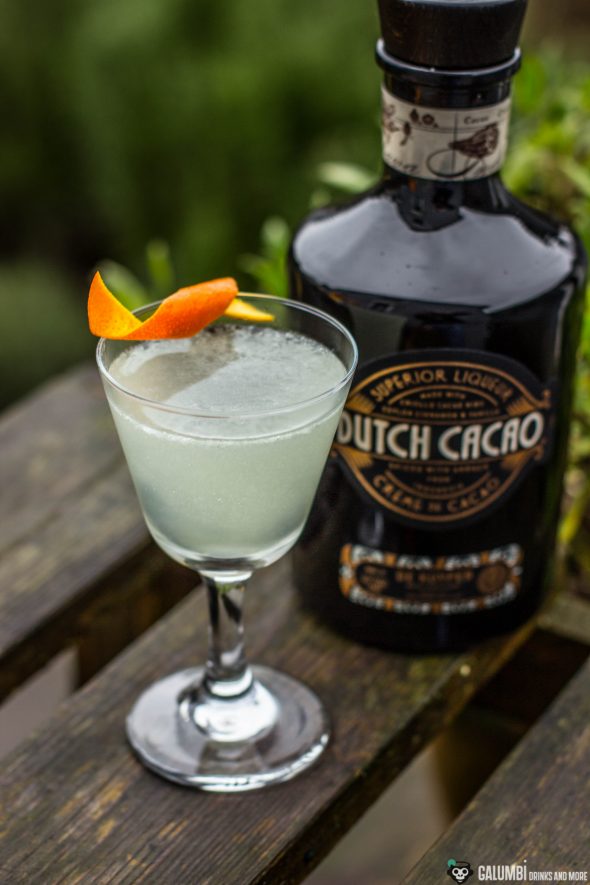 “Ciao Cacao!” – that’s what sounded through all the social media channels when a new star from the Dutch company of de Kuyper Royal Distillers appeared to a wider audience for the first time on the stage of the bar scene at the Bar Convent in Berlin. Above all, however, it was also a demonstration of the considerable media range and presence of Le Lion founder Joerg Meyer, who created this “new star” in cooperation with de Kuyper. I’m talking about Dutch Cacao Crème de Cacao White. Today, also I will write a few lines about this product and explain what I think about it. (provided test product)*

The product is available since February 2020 and since the Bar Convent in autumn 2019, some time has already passed, but Joerg Meyer has meanwhile managed to establish the name Dutch Cacao and to keep the expectations and anticipation quite high. And here it is at last, the Dutch Cacao Crème de Cacao. It comes in a beautifully shaped, dark bottle, whose colour scheme is already able to evoke certain associations of chocolate – although the liquid inside is ultimately a clear one; Crème de Cacao White. However, one after the other. 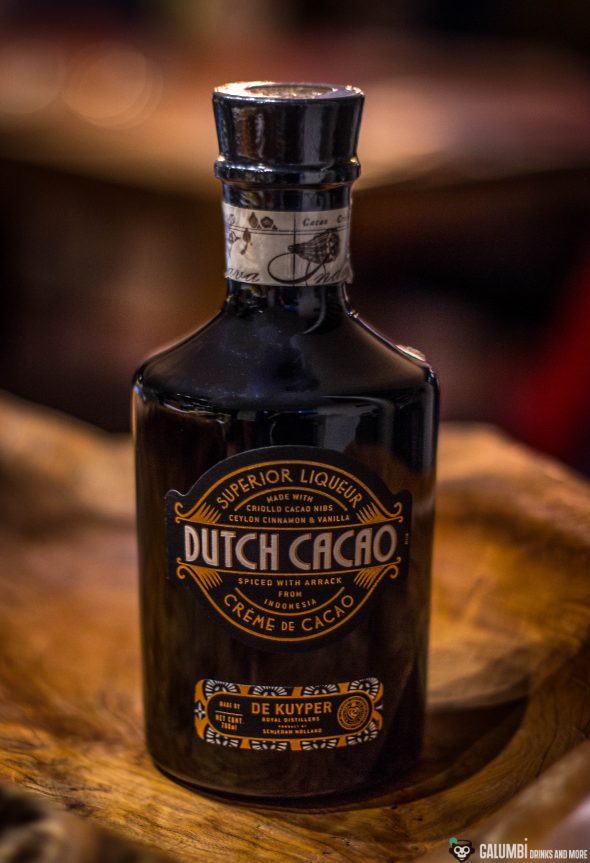 To produce Dutch Cacao, a macerate of neutral alcohol and Criollo cocoa beans is first of all distilled to a clear cocoa distillate on a 1000-litre Holstein distillation plant. From this cocoa distillate a new – this time even more intensive – macerate is produced with Criollo cocoa beans, which is then also distilled again; double macerated, double distilled so to speak. The distillate is then mixed with water and Dutch beet sugar (a total of 224 grams per 700 millilitres, for creams a minimum sugar content of 250g per litre is specified, but this is usually far exceeded. Here, Joerg Meyer and Henk-Jan Schouten, that’s the name of the master distiller at de Kuyper, deliberately scratch at the lower limit). Finally, a minimal proportion (<1%) of intensive Batavia Arrack is added, as well as a Sri Lankan cinnamon distillate from the house of Rutte (whose recipe was not revealed to Mr Meyer and Mr Schouten either). Finally, a neutral alcohol infused over several weeks with Indonesian vanilla beans is added as a “vanilla infusion”. I was almost about to write: “and that’s it” at this point, but that would have been obviously inappropriate, because this is a rather complex manufacturing process.

So we can say that besides the quite elaborate production process, a more complex, more refined and sophisticated, less sweet flavour is achieved. In addition, of course this did not happen involuntarily, because Joerg Meyer’s main concern was to reinterpret a classic bar ingredient and thus to have an ingredient at hand that could take famous cocktails to a whole new level. However, drinking it neat is also explicitly recommended, which is actually not very common (anymore) with crèmes. 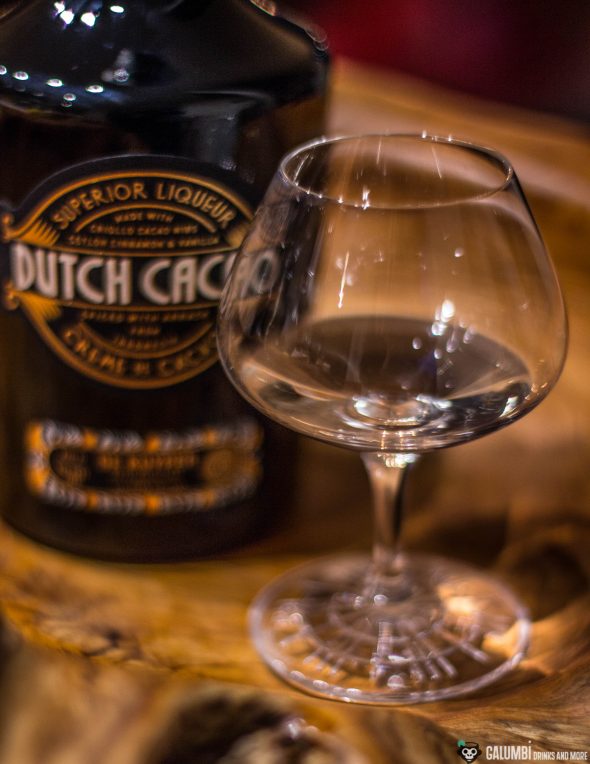 So before I dared to try it in a cocktail myself, I followed that suggestion first.

Aroma: Clear and beautiful notes of cocoa appear on the nose. The cocoa turns out very mature and round, it rather reminds of high-quality chocolate and not at all of a child’s birthday. Behind this, there are slightly malty notes, vanilla, fine nuances of cinnamon and associations of allspice and brown sugar. However, the Dutch Cacao Crème de Cacao does not exuberantly scent “sweetish”.

Taste: Good, it is a crème liquor, so a certain sweetness is unmistakable. However, even if I rarely taste a crème liqueur neat, it is noticeable that the sweetness is less extensive, not too dominant or even sticky. Rather, it is really nicely integrated into the extremely appealing and well-balanced interplay of aromas of superficial, rich cocoa with fine and pleasing vanilla notes, spice notes of cinnamon (and again allspice associations). Even fine bitter notes come to the fore, which I really like here. In fact, a glass of Dutch Cacao served on ice can be offered to any guest as a digestif without hesitation – and I wouldn’t do that with any Crème de Cacao I’ve ever tasted before. 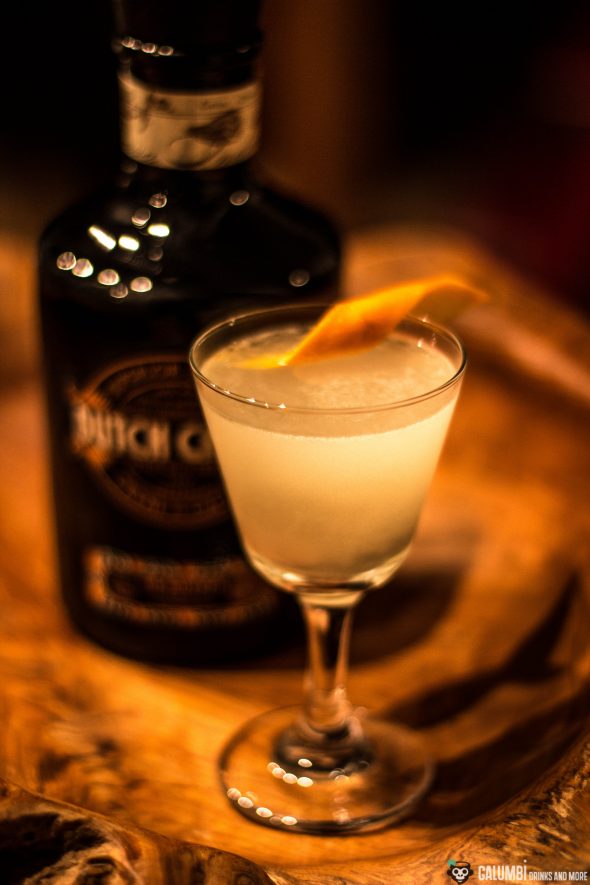 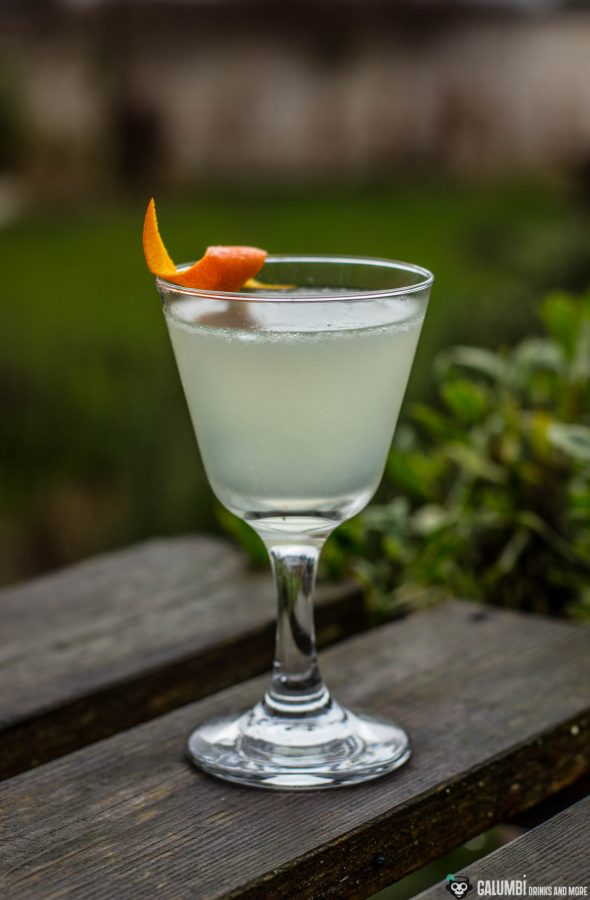 The 20th Century Cocktail has not yet received its own article here in the blog. And where would it be better placed than here and now? For it was also this classic cocktail from the late 1930s, that Joerg Meyer had in mind while he chose to create the Dutch Cacao Crème de Cacao. The drink was first described in William J. Tarling’s Café Royal Cocktail Book from 1937, but it was invented by a British bartender named C.A. Tuck. And contrary to popular belief, the drink was not dedicated to the 20th century, which at the time was on the brink of the great catastrophe of the Second World War, but to a (for the time) luxurious art-deco train called 20th Century Limited, which commuted between New York and Chicago between 1902 and 1967. In the following, I will stick to the optimized formula Joerg Meyer also uses at Le Lion.

Preparation: Shake all ingredients vigorously on ice and strain into a pre-cooled glass twice.

Nevertheless, I also wanted to try out something of my own here and let my intuition guide me completely. I already liked the aromas of Dutch Cacao Crème de Cacao on their own and the idea of combining them with exotic fruits while emphasizing the spice component came to me directly. So why go too fancy when it’s also easy? My drink is therefore not much more than an Old Fashioned variety, which I called Ship’s Kobold. It basically consists of an esther-heavy Jamaican rum (and this item is not negotiable) – e.g. a Hampden Estate Rum – Dutch Cacao Crème de Cacao, a Dash Orange Bitters and – optionally – a Dash Bittermens Habanero Shrub. Not everyone likes heat in their drink, but I think it works great here. If you don’t want that, just take two Dashes Orange Bitters and you’re fine. Sounds simple, but it’s incredibly good – also “funky”, spicy, with a wonderful chocolate sweetness… something I bet a ship’s kobold would love. 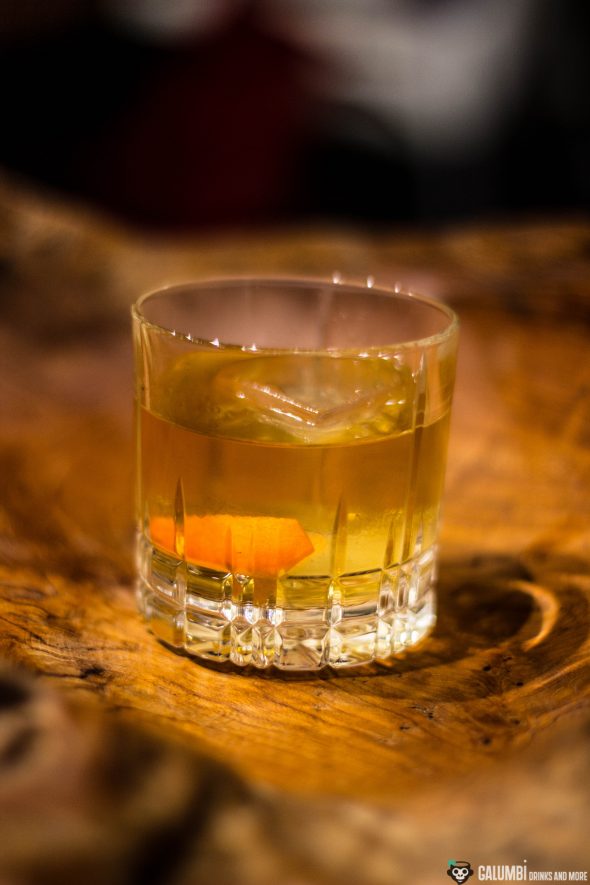 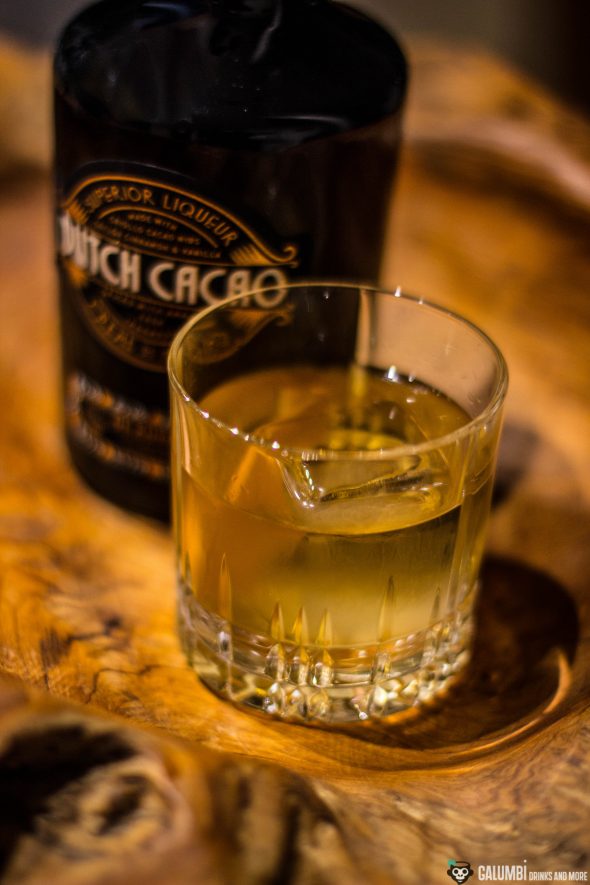 Preparation: The drink is built in the glass. Just put all ingredients on solid ice, stir and it’s ready.