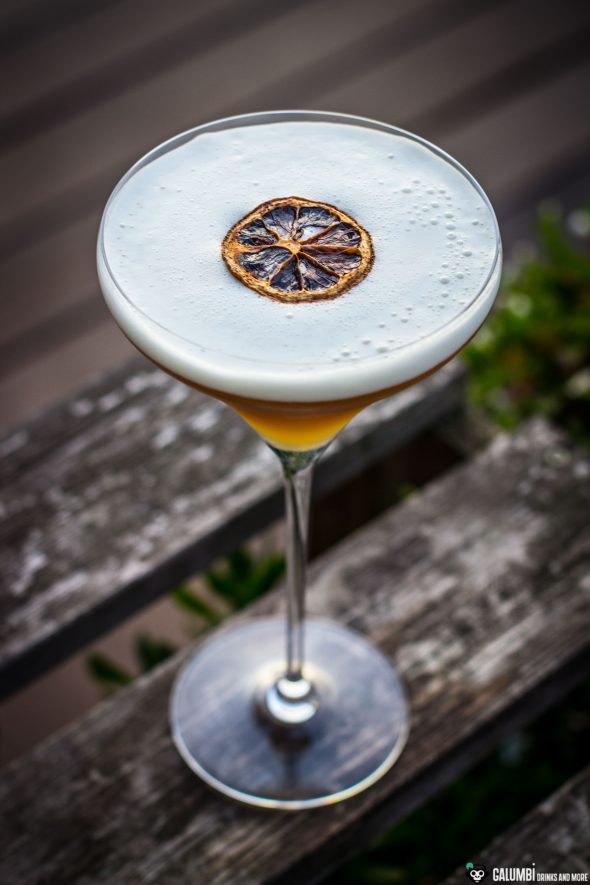 The name Havana Club very likely triggers some predictable associations in most people: for many it is even the epitome of rum, ubiquitous in supermarket shelves, bars and discos. Most of these people will probably also think of some of the most famous rum cocktails: the Cuba Libre, the notorious rum and coke or also the Daiquiri. Nevertheless, most will not necessarily think of premium rum of so-called “sipping quality”. (provided test product)*

Apart from many US-Americans, for whom Havana Club was and still is a coveted rarity due to decades of trade embargoes, probably very few people who intend to buy their first high-quality rum will choose the Havana Club brand. But such a perspective is basically unjustified. In times where the addition of numerous additives, which are not declared on the bottles, is being discussed (for instance this is the case with Don Papa, a rum that I reviewed at a time when I didn’t know all this yet), a Havana Club rum is a solid choice. Keeping in mind the Cuban laws concerning the production of rum, you will have some new arguments for thinking Cuban.

Of course, a once established reputation cannot be eliminated overnight and so Havana Club will probably continue to be the standard quality for most occasional drinkers in discos, bars and clubs. Nevertheless, Havana Club has recognized the signs of the times and therefore like to offer a little bit more for the “premium connoisseur”. And that brings us to today’s bottle: the Havana Club Pacto Navio. 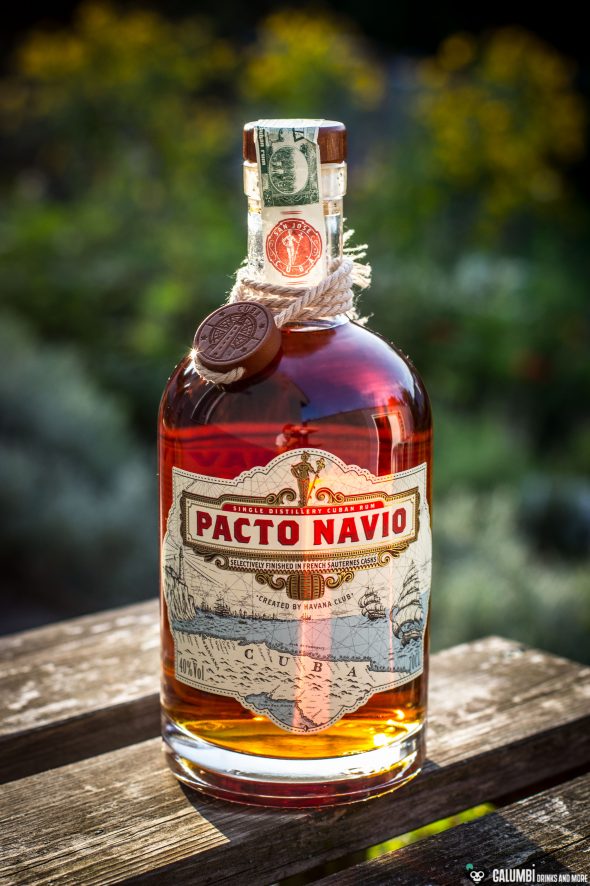 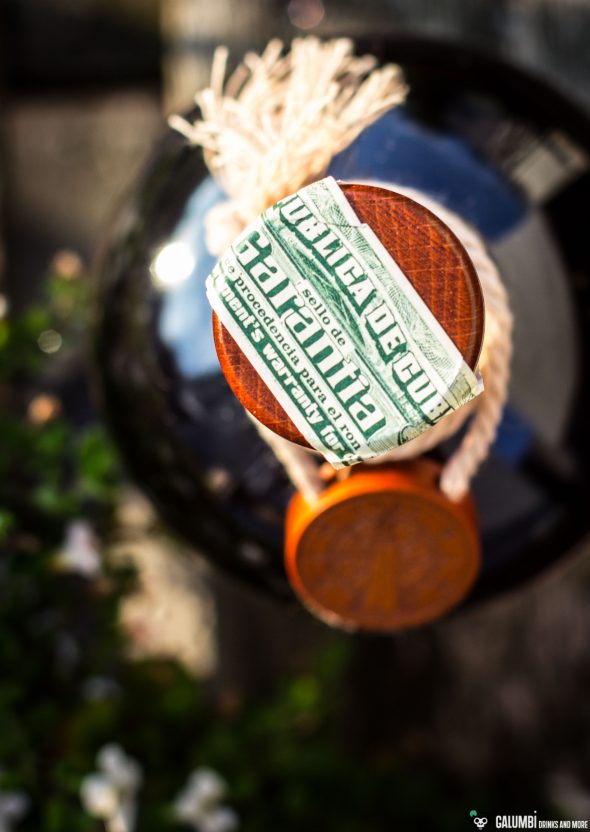 This rum, which was introduced at the end of 2016, is named after a historic peace pact that was concluded between France and Spain in 1815. As a result, the ship trade between Cuba and Spain, which had come to a standstill in the meantime, could be resumed. So much for the nice marketing framework, which has obviously been used here to give a background to the actual special feature of the bottle. The Pacto Navio is a barrel matured Cuban (a molasses rum, only to avoid misunderstandings), which was allowed to finish in Sauternes-wine barrels after an not exactly named time in regular oak barrels (Sauternes is a sweet French dessert wine). The Sauternes barrels had previously been filled with Sauternes for 18 months. So much for the Cuban-French alliance, which now raises the crucial question: How does the Havana Club Pacto Navio actually taste? 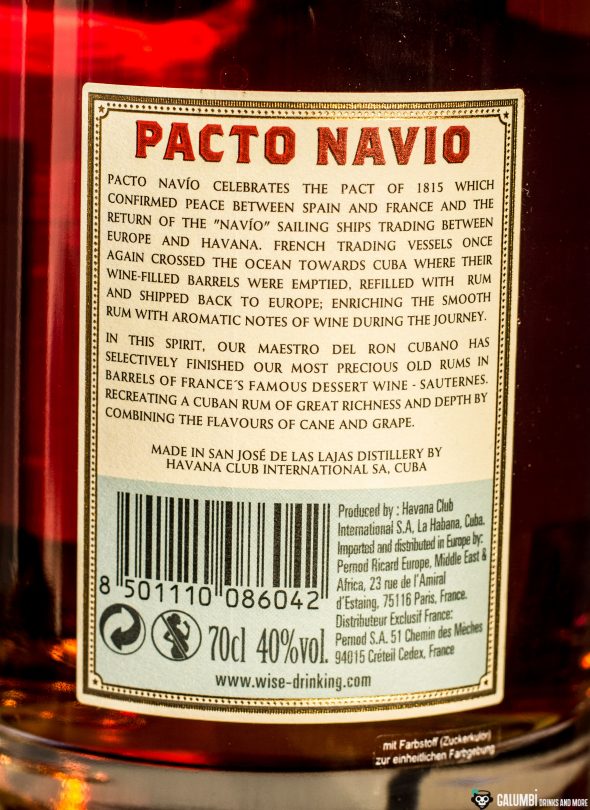 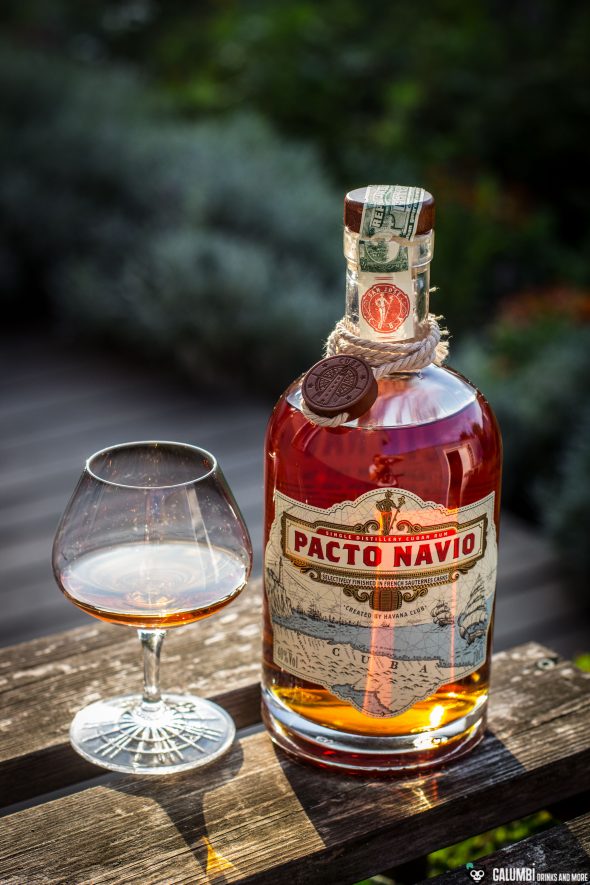 Aroma: surprisingly mild on the nose with oak tones, honey, vanilla and spices, but above all light fruits from the Sauternes barrels are present. As it is often the case with Sauternes finishs, I can find a subtle white pepper.

Taste: here, too, a lot of vanilla with light fruits (peaches, grapes and apricots, a hint of lemon peel), a little cinnamon, a flower honey and a sweetness reminiscent of dessert creams are present. Very beautiful and a pleasant alternative to many rather strong, barrel-aged rums. The flowery, Cuban style is still present and manages to offer something different here.

Finish: medium-long, spicy with oak, vanilla and again a hint of white pepper.

And of course a suitable cocktail should not be missing today. Here I have basically decided to mix a variant of the Rum Sour – a New York style Rum Sour, to be precise. The peculiarity, however, lies in the detail. A bar spoon of Benedictine and two dashes of orange bitters give depth to the drink, a Verjus Royal instead of lemon juice takes care of the acidity and the classic red wine float of the New York Sour was replaced by a Blanc de Noirs (a white wine made from red wine grapes). Although I voluntarily omit the optical effect of a red wine float, I still have that dry counterpoint to the fresh sweetness of the sour, which combines excellently with the character of the Pacto Navio and on top of that offers a certain effect of surprise. I have named the drink “Blanc de Havana”. 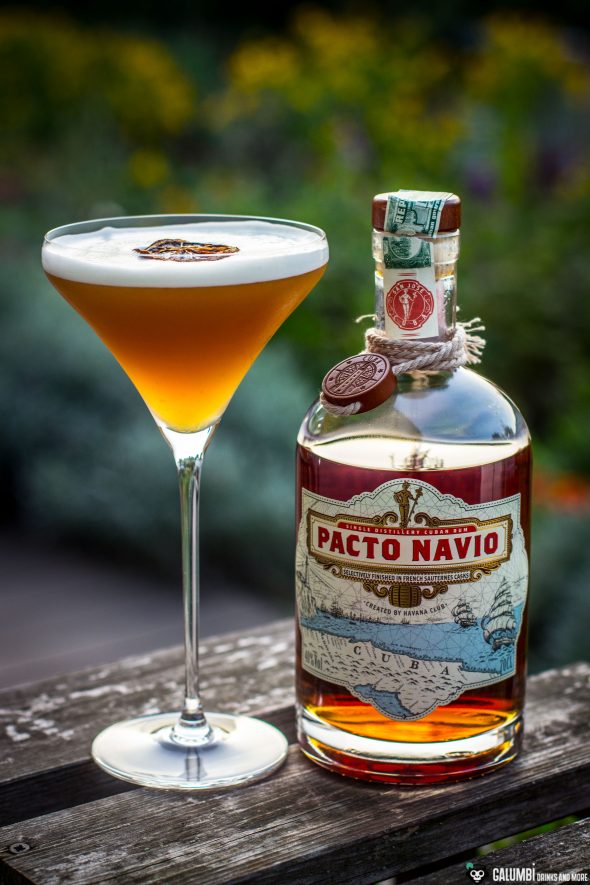 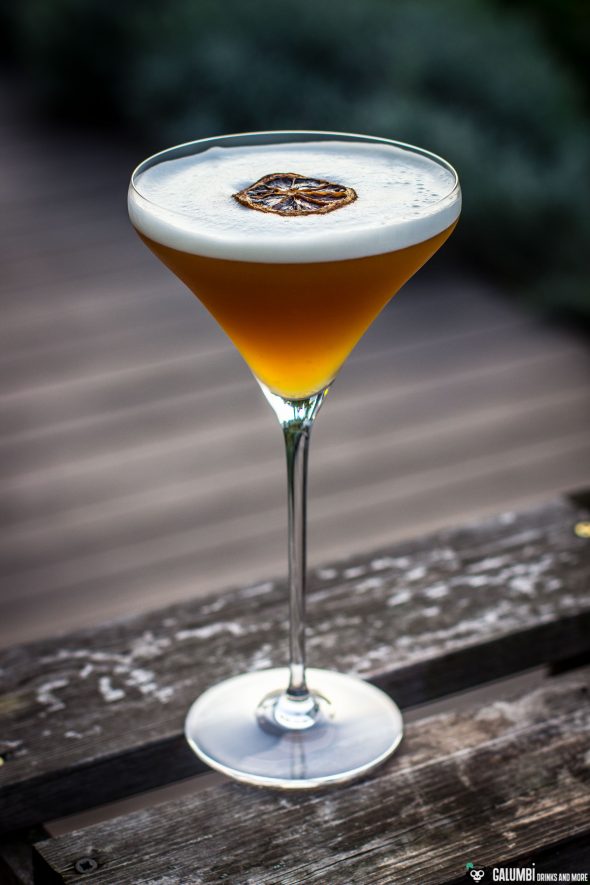 Preparation: Add all ingredients except the Blanc de Noirs in a shaker without ice and do a “dry shake” first. Then add ice cubes and shake vigorously for about 20 seconds. Strain into your pre-chilled glass and carefully flatten the air bubbles in the foam with a bar spoon and leave to rest for a few seconds. Then – again carefully – add the Blanc de Noirs on top of the drink with a bar spoon.

Garnish: a dried wheel of a small orange (alternatively none) 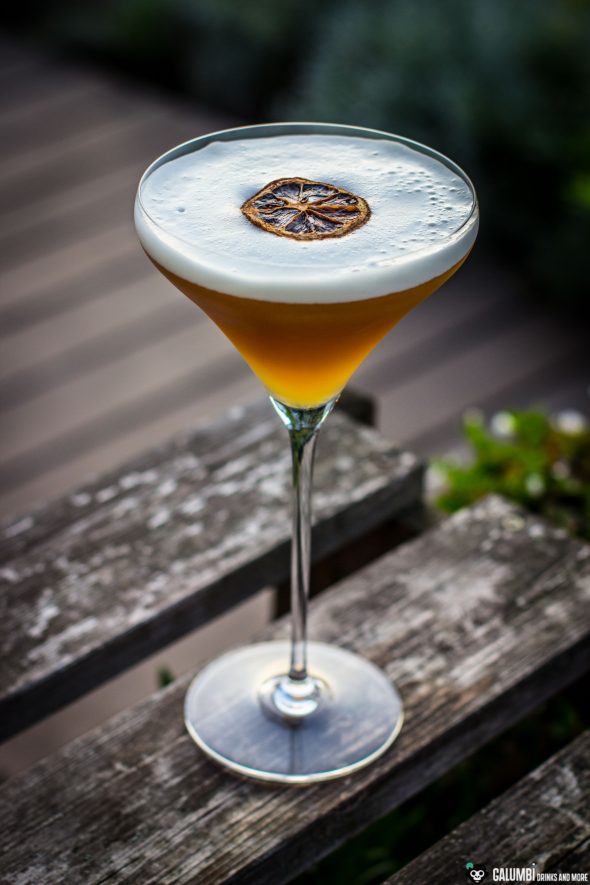 Sources of supply: The Havana Club Pacto Navio can be purchased from Conalco, for example.