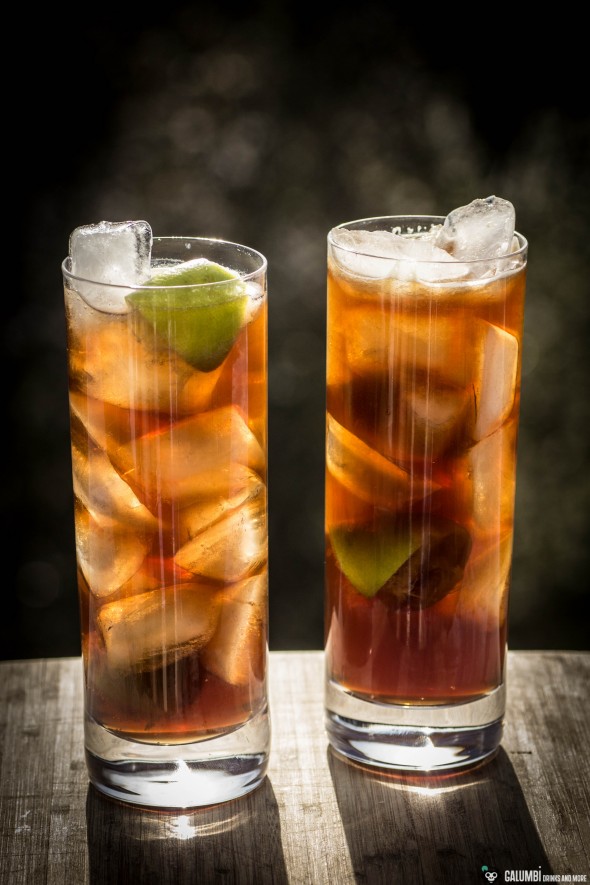 When thinking of cola in connection with cocktails or bar culture, the Cuba Libre will most probably be the drink that comes to the mind immediately. It is definitely one of the classics among the drinks being prepared with the world famous caffeinated soft drink. Thanks to the global availability of cola (mostly Coca-Cola) there are numerous other so-called “long drinks” in which Coke is mixed with almost every available spirit throughout the world. In many cases, however, I would not really call them a flavorful experience – often they taste simply sweet, sticky and totally superimposed.

Whether one is generally a friend of Cola may also play a role. Many shun the “epitome of unhealthy soft drinks” or generally watch cola as the politically questionable “Imperialist-Soda”. Still others start to relie on niche products and seek their taste fulfillment beyond the reach of the great hegemon from the United States.

Of course you can certainly experiment with other varieties of Coke for Cuba Libre, but the classic cola taste (from the manufacturer of your choice) will probably always be the reference for this drink. Preparation and concept are so simple that I don’t want to lose further words on it.

In the Cuba Libre the cola harmonizes perfectly with the natural sweetness of the sugar cane distillate (unlike many artificially sweetened spirits). The taste nicely underlines the lemony, spicy, yet sometimes even slightly metallic flavors of the cola and combines them with the sweet freshness to a round and complex overall result.

The cuba Libre goes back to the time around 1900 when it was invented in celebration of the liberation of Cuba from the Spanish colonial reign.

The second variant, the Cubata, relies on the same principle but is based on dark, matured rum. You can easily see the darker color of the right drink in the picture. Here the darker, stronger flavors of cola are emphasized and placed in the foreground, such as Kola nut, clove or cinnamon. Together with spicy Rum, such as, for example, Jamaican Myers’s a Cubata for me is the slightly favored variant.

Cut the half lime into two quarters, press them into the glass and pour in rum and coke. Gently stir with a bar spoon.

Buying Sources: Depending on the Rum used: in grocery stores, retailers or online.