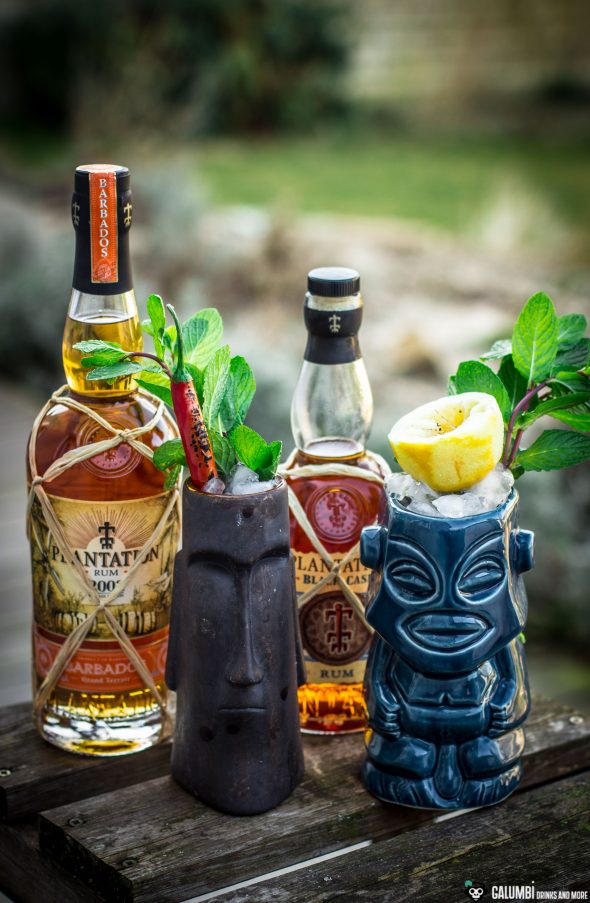 Today it is time again for rum – and as we all know, rum time often means “Tiki time”, which is why I have also implemented two slightly tongue-in-cheek Tiki-style recipes. However, the main part is about the characteristics of two particular rums, which I would like to briefly introduce here and of course review them in terms of quality. Both rums undertook a long journey from the Caribbean to France beforehand. (provided test products)* 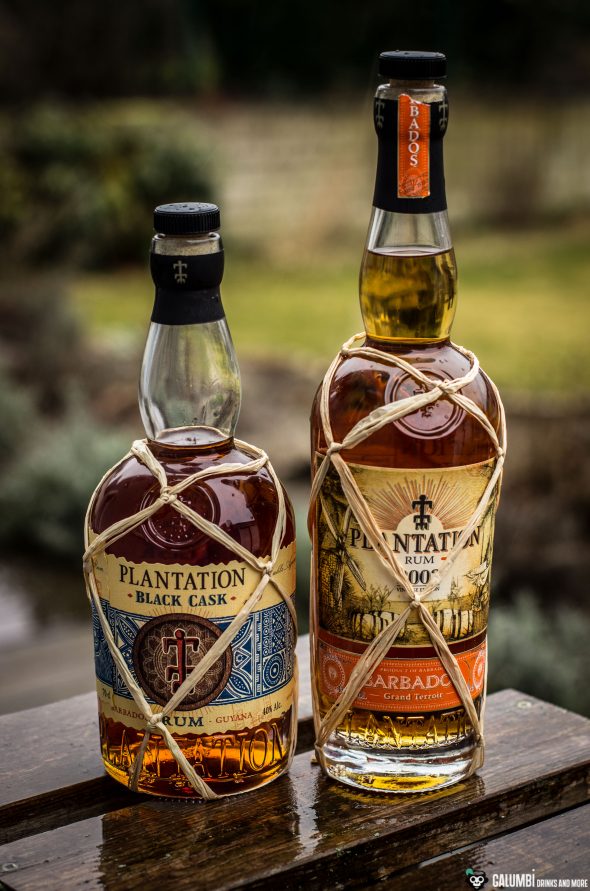 The Plantation Vintage Edition Barbados 2002 is a Bayan rum and therefore a representative of one of the most prestigious rum producing countries in the world. Plantation does not tell from which distillery it comes, but we get to know that it was allowed to mature for 12 years in former bourbon barrels (for Caribbean standards that is quite a long time – which will probably have led to some amount of “angel’s share”). Finally, it is finished for another three years in France in former Cognac casks. The rum is bottled at an ABV of 43,2%. So what can we expect in terms of taste?

(As already mentioned in my article about the Plantation “3 Stars”, Plantation quite openly admits the sweetening of their rums. Thus, small sugar additions to the finished distillate are explained in the light of the tradition of the so called “Dosage”, as it is known from the champagne production.) 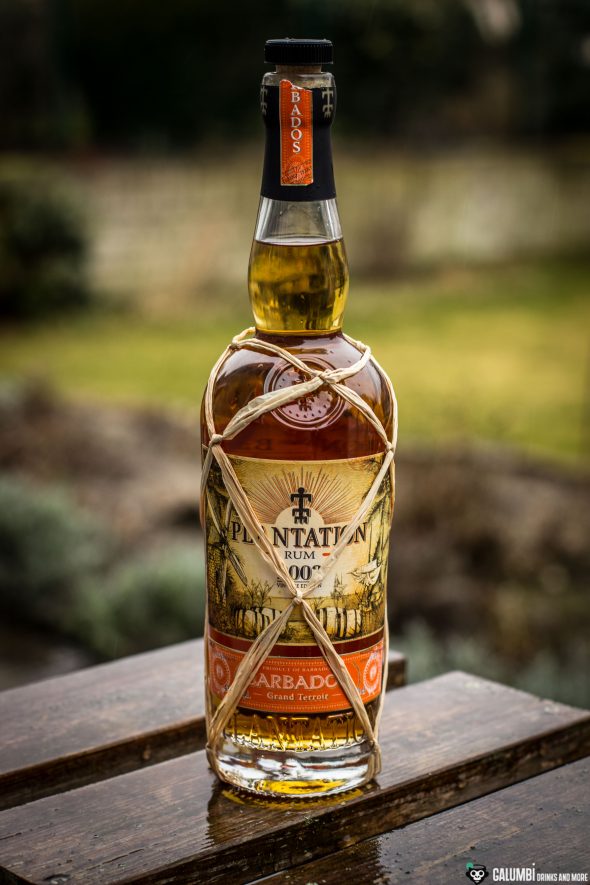 Aroma: Wow, this one offers some really nice impressions on the nose! The former bourbon barrels leave a distinct vanilla character, which is spicy and quite powerful. Notes of grated coconut, caramel and honey change into light but clearly noticeable lemon tones, before there is a wall of oak aromas.

Taste: On the palate, this rum is aromatic and with a complex character of oak, spice and vanilla. Again, some lemon and especially coconut are part of the game. Nutmeg and cloves combine with fruity, yet floral tones to a spicy and lingering sweetness.

Finish: lingering with lots of oak and spices

Mainly due to the strong vanilla, citrus and spice notes I had the idea of ​​creating a “lemon”-themed cocktail with a rich citrus character. Since I was really up for a Tiki drink while simultaneously I also had some nostalgic moment, I remembered one of my favorite games in earlier days: The Secret of Monkey Island. Anyone who has played this game (and hopefully also loved it) will probably have recognized the cocktail’s name in the headline as an allude to the fictitious character of Lemonhead. While travelling the fictional Lucasarts Caribbean from the perspective of Guybrush Threepwood, you will encounter a native called Lemonhead on Monkey Island, who is living there with his cannibal buddies. Well, Lemonhead likes to carve small totem figurines in the game and he also adds his trademark “Made by Lemonhead” to them. I’m almost certain that if Lemonhead would have been up to mixing a drink, he would have done it just the way as described in the recipe below. Therefore I simply called the drink “Made by Lemonhead”. Oh, if you should say something like “Come on! You just opted for that Lemon Hart rum in the recipe because of the name!”….well, in that case you’re absolutely right. 🙂 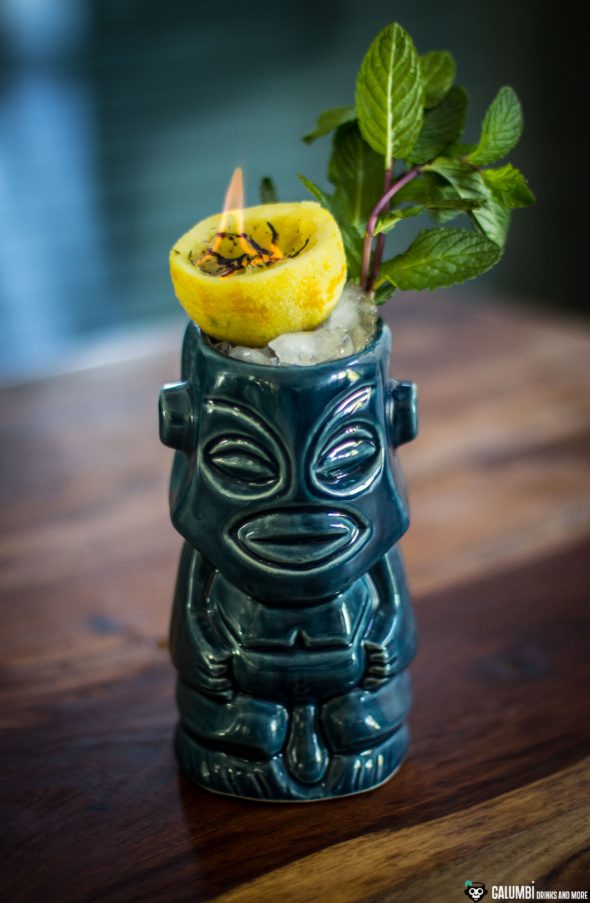 Recipe “Made by Lemonhead”:

Preparation: Shake all ingredients except Lemon Hart rum in a shaker on ice and then pour into a Tiki mug filled with crushed ice. Finally, put a squeezed lemon half on top of the drink and carefully fill with Lemon Hart rum. Light it before serving (and optionally add the rum to the drink after the flames have extinguished).

Garnish: Lemon half (see above) filled with lighted overproof rum and optionally some fresh mint

The other bottle I’d like to review is the Plantation Black Cask N° 3, a rum without an exact statement of age. It is a blend of Barbados and Guyana rums, which were also allowed to mature in barrels of American white oak for a few years, before finally it was finished in France at Château de Bonbonnet in particularly small, freshly toasted barrels. It is bottled at 40% ABV. Here, too, truth can be found in the glass of course! 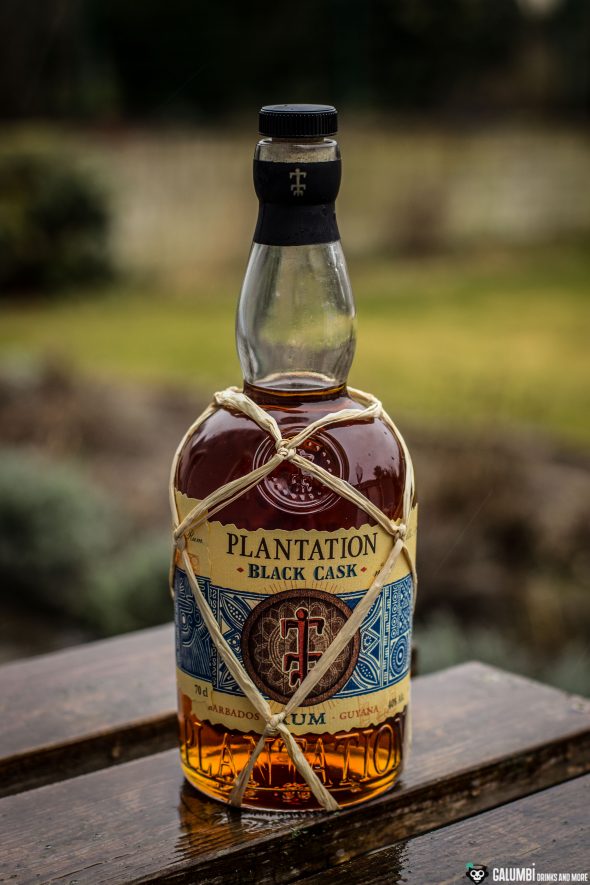 Aroma: This rum is very different indeed. It turns out to be fruitier (I guess it is because of the Demerara rum part inside) so you can find many exotic fruits. Vanilla and more powerful spice associations from the strong oak character make you to long for the first sip.

Taste: The combination of fruit and strong oak spiciness is especially noticeable on the palate. On the one hand, a fruit basket with passion fruit, orange and mango unfold, on the other hand, there’s some heavy oak impact with a spicy and woody punch. In the end, it is caught by a fine sweetness. Interesting, but a little unusual.

Finish: In the finish, the fruits gain the upper hand again and stay on the palate for a medium-long time

The strong oak notes of the Plantation Black Casks are able to resist some stronger flavors, which is why my choice fell on a fruity and spicy drink that takes up the exotic fruit tones of the rum without becoming too fancy. Passionfruit, mango and chilli meet in the Sherman Cocktail (a combination that also works well in “The Darkening Sun of Oaxaca“, for example) and create a true explosion of flavors. Anyone who wonders about the name will also find the answer in the world of Monkey Island: Sherman is the name of a lactose intolerant volcano god on Blood Island. Such a deity really deserves its own cocktail, don’t you think? 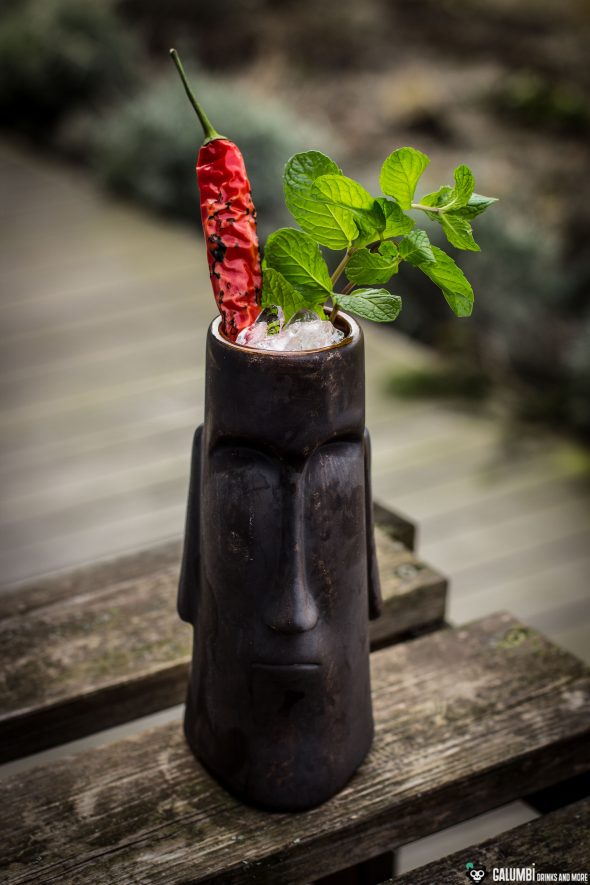 “Charred chili syrup”: First, grill three fresh, red chili peppers on a hot grill until the outer skin begins to turn black and blisters. Carefully cut chillies alongside with a knife and remove the seeds. Now add 250 ml of water, 250 g of sugar and the slightly blackened chillies to a pan and heat over medium heat until the sugar has dissolved; stir occasionally. Reduce the heat and simmer the syrup for a few minutes until a syrupy consistency has formed. Finally, remove the pan from the heat, remove the chillies from the syrup and allow to cool. Strain through a fine sieve into an airtight container.

Preparation: Half the passion fruit and blend the inside together with all the other ingredients and a small handful of crushed ice for about 5 seconds in a blender. Then fill into a tiki mug filled with crushed ice.

Buying sources: At specialized retailers or online. Fresh mint, fruits and chilis can be found at the market or in well-stocked supermarkets.