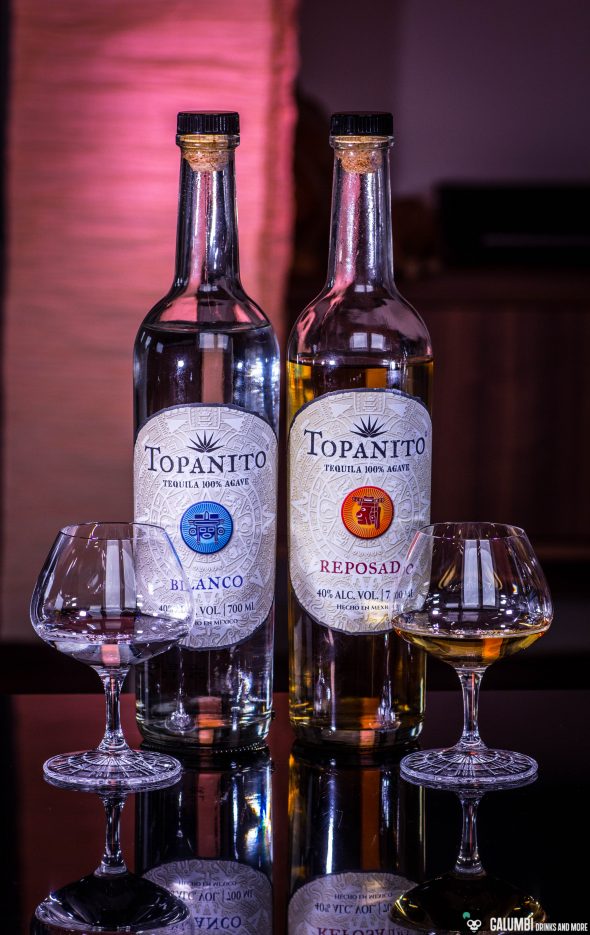 And again today’s article is about a spirit (or two spirits from the same brand to be precise). In the last few days a pile of spirits reviews has stacked on my desktop and so I am currently publishing a little more in that direction. But do not worry: new cocktail reviews and recipes will show up here very soon. But today let‘s take a look at another tequila. By the way, one that is excellently suited for use in cocktails.

As I’ve said at the beginning, essentially there are two tequilas I’d like to review, namely the two qualities Topanito Blanco and Topanito Reposado. The Topanito Reposado for me is an old acquaintance, for not so many years ago it was one of the first tequilas which I enjoyed attentively (other than those youth experiences with certain tequilas wearing a hat on the bottles). In doing so, I realized that I had done tequila much wrong and unjustifiably categorized it as an uninteresting spirit. At that time, the bottle design was a little bit different (here the Topanito really improved, as I think), but I still remember it. All the happier and more tense I am to be able to try and review it here once again.

I would like to refer to my article on the Casa Noble Reposado Tequila for basic information on the subject of tequila, such as production, regional restrictions of origin and the like. The Topanito Tequilas are now both from the distillery “Casa Maestri” in the town of Tequila itself. Of course, we are dealing here with 100% agave tequilas, which – like all 100% tequilas – have been produced from the blue agave. “Of course” is perhaps a little bit patronizingly said but I personally prefer the 100% Agave Tequilas – if only for atmosphere reasons. (Only recently I’ve read an online debate which was about the disputed question, to what extend Mixto-Tequilas are done wrong by perceiving them as being of lesser quality or to what extent your own expectations already make a preliminary judgment. Of course – as with all spirits – you can have the opinion that only a blind-tasting is really revealing the quality. On the other hand, for me a really joyful spirit tasting is inextricably connected to contextual knowledge about the product. It means great part of the fun for me and also enhances the pleasure compared to just tasting some liquids without knowing what it is. This is the case because auf both pure “atmospheric” aspects (such as the bottle design, the history of the product etc.), but also background information on the way of manufacturing, on the raw materials used and the like. The truth about what an appropriate tasting is certainly hides somewhere in between. Taste is always subjective and as such it is not even constant, so we’re definitely talking about a very difficult topic anyway.) 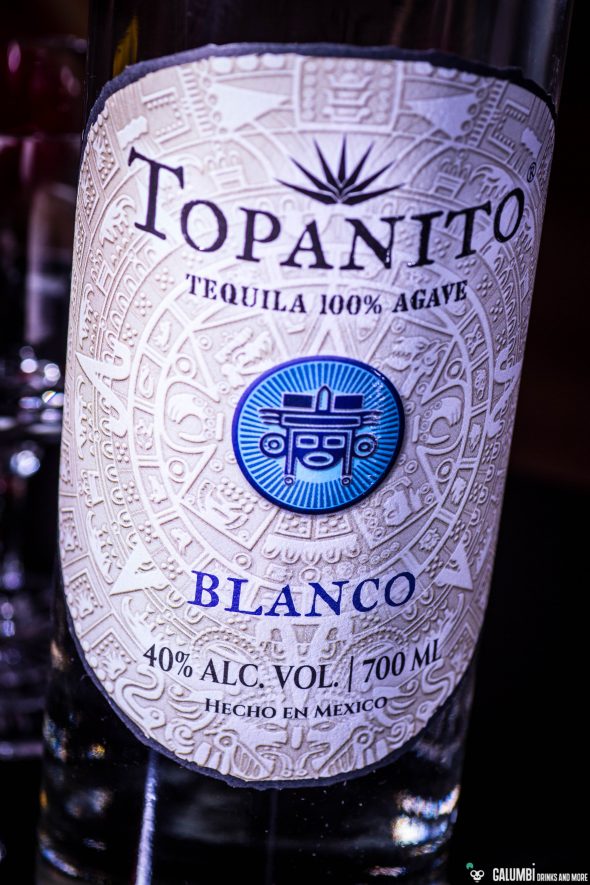 In terms of design, the Topanitos have really increased quality. Although a standard bottle is still used, the label now emphasizes the Aztec heritage of Mexican culture or Tequilla itself, which I really appreciate as the “atmospheric” romanticist I am. But of course it mainly depends on the spirit itself (just to avoid that you start thinking I’d evaluate everything very positively as long as the packaging looks nice). The Topanito Blanco Tequila was bottled directly after the twofold distillation in copper pot stills, while the Topanito Reposado was allowed to mature in casks for about 6 months. The exact nature of the casks is not told by the manufacturer. It is interesting, though, that the Reposado is the oldest Tequila in the standard range of Topanito and it is not matured for the maximum allowed 364 days until you would have to call it “añejo”. What may sound like a qualitative minus point, does not necessarily have to be one. A reposado has to mature for at least 2 months and up to (!) 364 days at a max in the cask. The latter is not a must and if the people at Casa Maestri are pleased after about 6 months, then this is probably the case for good reason. However, the Topanito Tequilas offer a fantastic cost-benefit ratio. This makes them a very lucrative liquor for preparing cocktails. They are both bottled at 40% ABV. 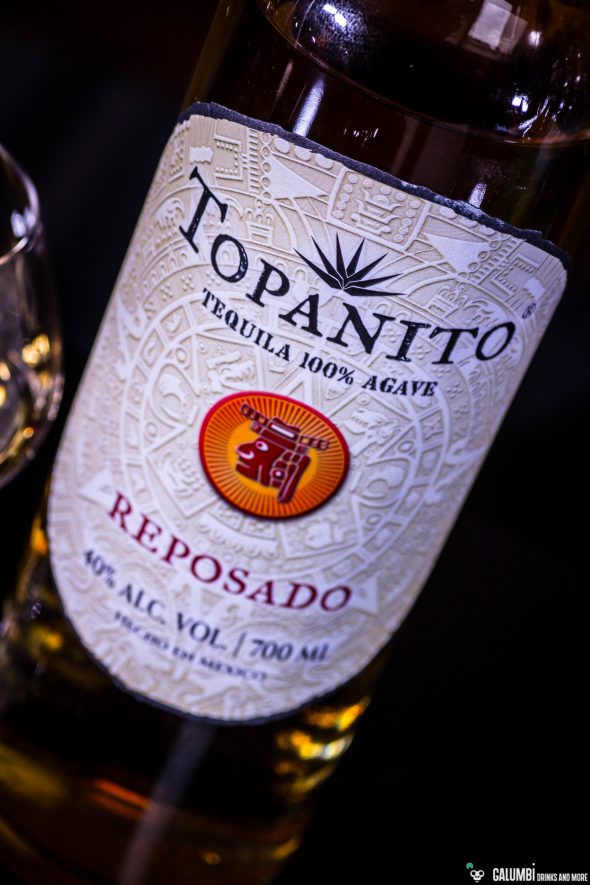 Time to take a look at my tasting notes: 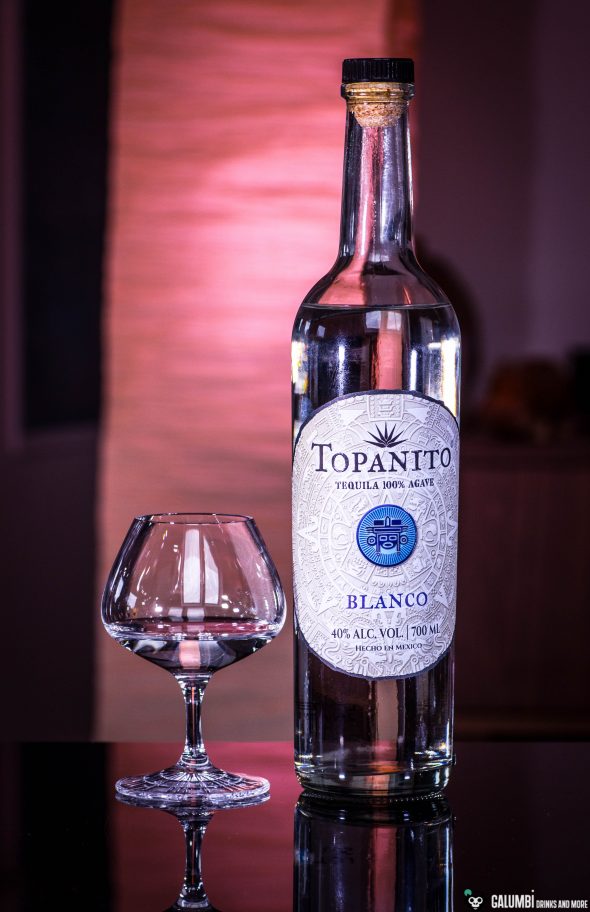 Aroma: Immediately recognizable as a tequila with typical agave characteristics like some citrus fruit and mild peppery as well as pronounced earthy notes. There is really no trace of sharp alcohol on the nose. In addition there are associations of fermented fruit, a little bit of cinnamon and very fine vanilla nuances noticeable. For a tequila in this price class a really excellent first impression.

Taste: Immediately the pronounced mildness is there, the agave tones are fresher and more superficial than on the nose. Over time, the pepper becomes more prominent. Herbal nuances and slightly fermented quince.

Finish: becoming drier, with lemon and some white pepper 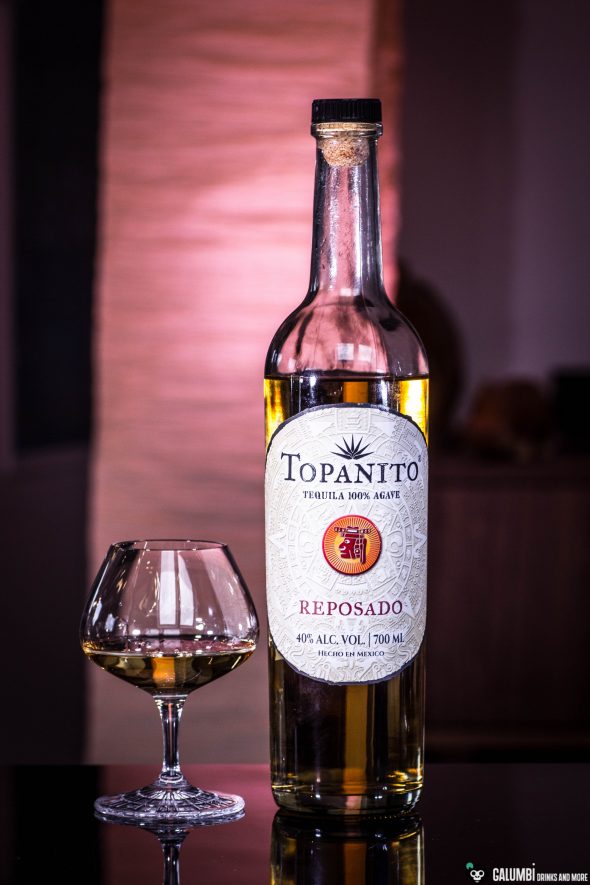 Aroma: In comparison, the Reposado is still somewhat more complex and, above all, “warmer”. Also here you can find the peppery notes, the citrus fruit and the earthiness of the Blanco, but they have stepped a little more into the background and are complemented by woody and warm honey tones, which are immediately noticeable. The fermented fruit gains almost compote character, but remains subtle and shows itself only after some time. The vanilla is clearly more pronounced.

Taste: Almost even milder than the Blanco, the Reposado starts a little sweeter, with honey and vanilla on the palate. However, a stronger bitterness is also present and gradually combines with the oak tones of this Tequila. Spices let the honey live up and bestow an almost liqueur-like aspect upon the Topanito Reposado. 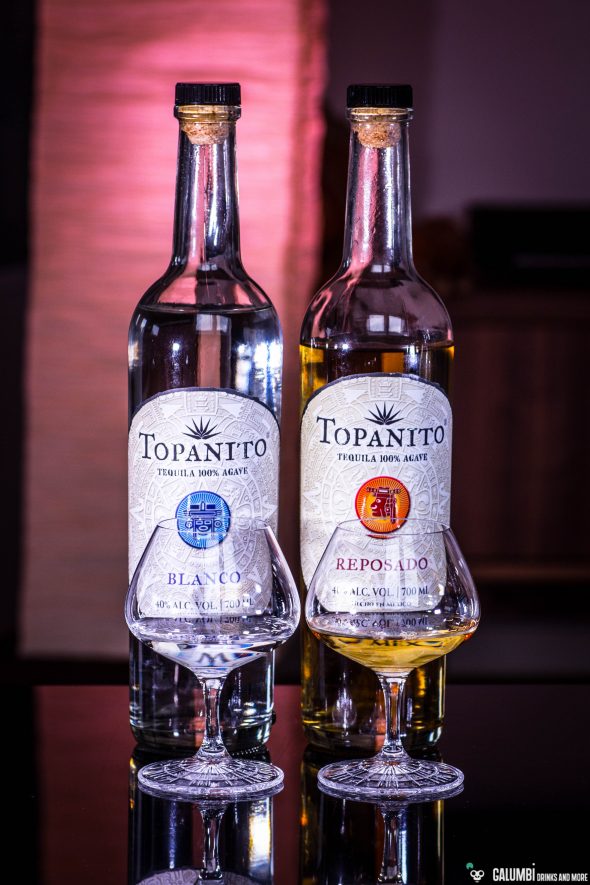 Buying sources: At specialized retatilers or online. A bottle costs around 20 euros.