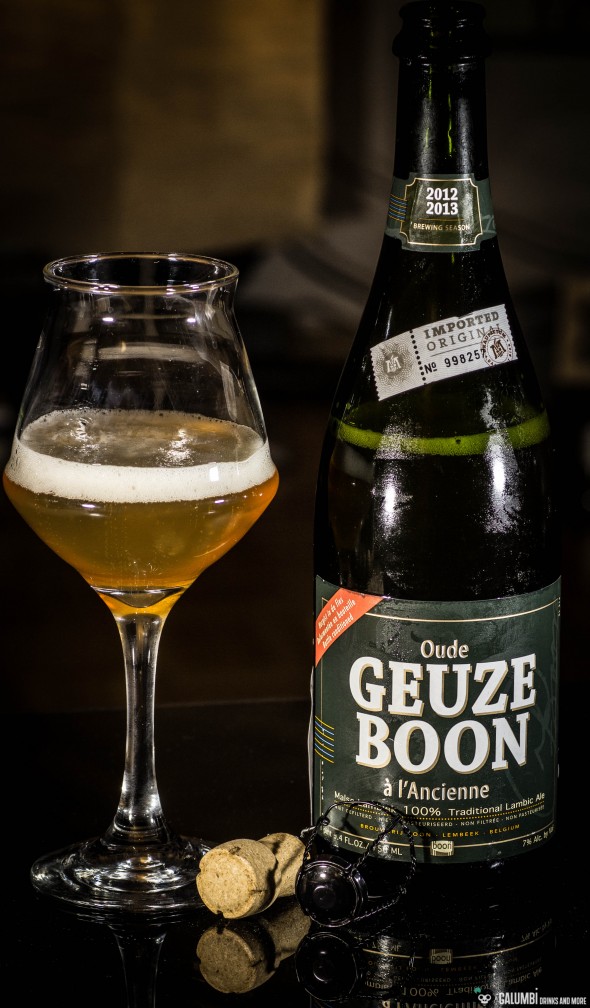 Some beers are meant for everybody while others are definitely a matter of (as I think: good) taste. These certainly include the Belgian Geuze beers. Some people will probably mistake a Geuze for being something else but not a beer. And there are good reasons for that.

Geuze beers are virtually a blend of different Lambic beers in different degrees of maturity. What is a Lambic beer? If you want to have more information on that, you can check my article on the Lindemans Faro Lambic. Anyway, a crucial feature of the Lambic is the spontaneous fermentation process used in the making, which relies on yeasts from the ambient air. This is a lengthy and difficult-to-calculate process, which is why even the taste often differs between individual batches. After the bottling, the blend of Lambics ferment for a second time, a process that leads to the emerging of a rich carbonic acid.

It is no accident that the word Geuze sounds very similar to the German Gose beer from the city of Goslar. Gose beer (such as the Freigeist Geisterzug Rhubarb Gose – a Gose variant where rhubarb was added in the brewing process) did also rely on spontaneous fermentation in earlier times and so some beer historians see the origin of the name Geuze in the German Gose beer. Others ascribe it to Brabantian freedom fighters called Geusen.

The Geuze I would like to present here today is the Oude Geuze Boon from the Braufactum series. The used Lambics were allowed to mature in Rhenish Riesling wine barrels before the beer gets another maturity period of two months in the bottle. It turns out very dry and freshly and is therefore often referred to as “Brussels Champagne”. And that is no coincidence.

On the nose you can immediately feel the dryness of the Oude Geuze Boon. Paired with fresh citrus notes, it is somewhat reminiscent of dry sparkling wines. Braufactum claims on their website that this beer would have hints of flintstone on the nose. I can only state: Blessed is he who scents the flintstone! Sadly, it seems like I am not blessed at all.

On the palate the Oude Geuze Boon turns out very dry with a fine acidity. It is very fizzy, which is a further reason for the comparison with the champagne. In addition to its complex dryness it brings fine notes of yeast with it. Braufactum compares the taste with the French cake bread brioche, which is an association I would never ever have had on my own, but which is nonetheless a good comparison.

Buying Sources: In Germany you can find this beer in some bigger supermarkets. Alternatively you’ll have to order it online. For a 750ml bottle that comes at 7% vol. you will have to pay around eight euros.

2 thoughts on “From the Brew Kettle: Braufactum Oude Geuze Boon”