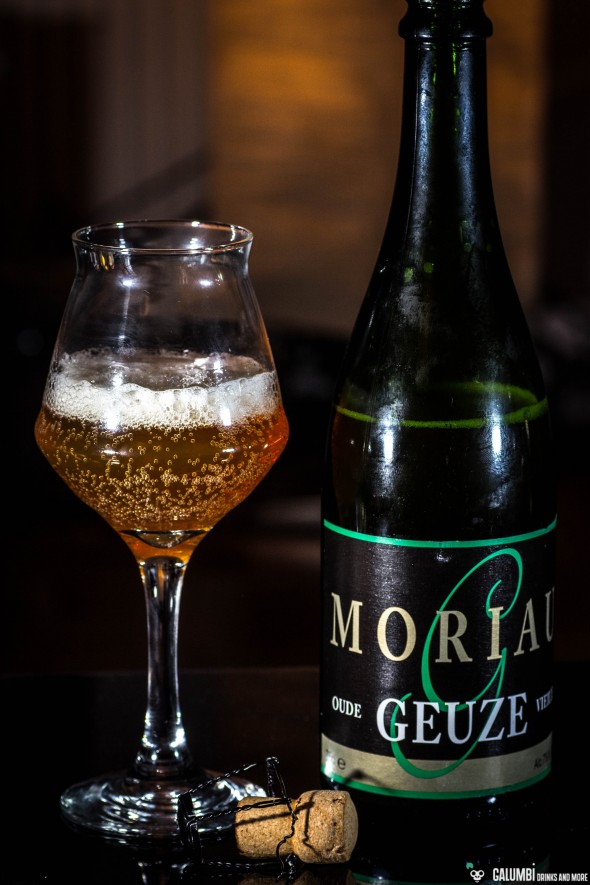 The Craft Beer wave is characterized by many renowned brewing styles with an ever growing popularity. These certainly include first and foremost the Pale Ales and India Pale Ales, but also Stouts, Trappist beers and Lagers. Yet, the acidic Lambics and Geuzes are constituting only a very small niche. But it’s especially this sour style of beer I did acquire a taste for in the last weeks and months.

As you might have read before in the context of other articles I do prefer Stouts and Porters. But recently I’m more and more exploring the “sour” aspects of my personal taste.

Since I’ve described the basics of Geuzes and Lambics in various contexts (for example here) I can concentrate directly on the beer I’d like to present today. Let me introduce the Moriau Oude Geuze, which really managed to convince me of its qualities. The Oude Geuze Moriau is – as the name suggests – an Oude Geuze from the Boon Brouwerij in the village of Lembeek in Belgium. It is brewed the way it is since 1880 and can therefore look back on a long tradition of craftsmanship. With its 7% vol. it is quite strong and develops the aroma to its full potential.

On the nose the Moriau Oude Geuze instantly reveals its yeasty soul. You’ll get a presentiment of the dryness of the beer while scenting sour grapes, dried fruits and very subtle berry aromas. The taste then unveils the grassy character of the Moriau Oude Geuze which accompanies yeast tones and subtle herbal notes very skillfully. The finish is not quite as dry as it you might know it from other Geuze beers. The Moriau Oude Geuze is a clear recommendation for every friend of this brewing style!