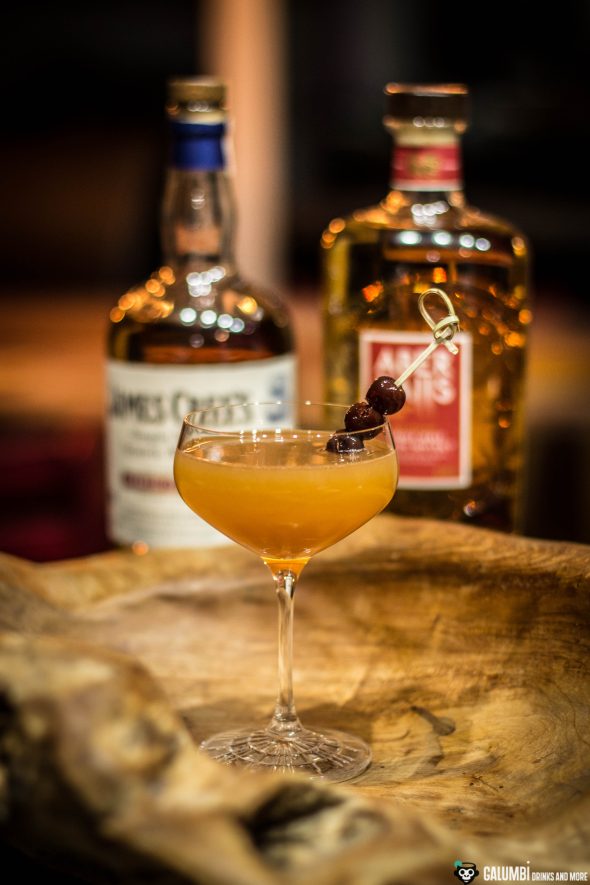 And another time I would like to take a closer look at two bottles. This time it’s not about gin, but about whisky. And of course, when whisky is mentioned, thoughts immediately turn to Gaelic Scotland, which is intuitively the right impulse even today. But Gaelic Wales also produces whisky, albeit not to the same extent and with a comparable reputation. In this respect, it is also a good idea to focus on a bottle of Welsh Whisky. (provided test products)*

To make it more concrete: On the one hand I have the James Cree’s Single Malt Scotch Whisky in front of me, on the other hand the Aber Falls Welsh Single Malt Whisky. I’d like to start here with the James Cree’s Single Malt Whisky and the crucial question: what do we know more specifically about this bottling? Well, some answers are revealing, some unfortunately less so. Which distillery the whisky comes from, for example, is not among the revealing information, because that is kept secret. But we do learn that the namesake James Cree was the owner of a distillery in Edinburgh in the 19th century, which is possibly a hint, but perhaps also mere marketing. In any case, the Whisky was matured entirely in former sherry casks, which is first of all for me quite an appealing circumstance. 40% vol. are of course a little low, but on the other hand just the classic standard. The James Cree’s Whisky is a bottling of Halewood Wine & Spirits (Germany) GmbH. 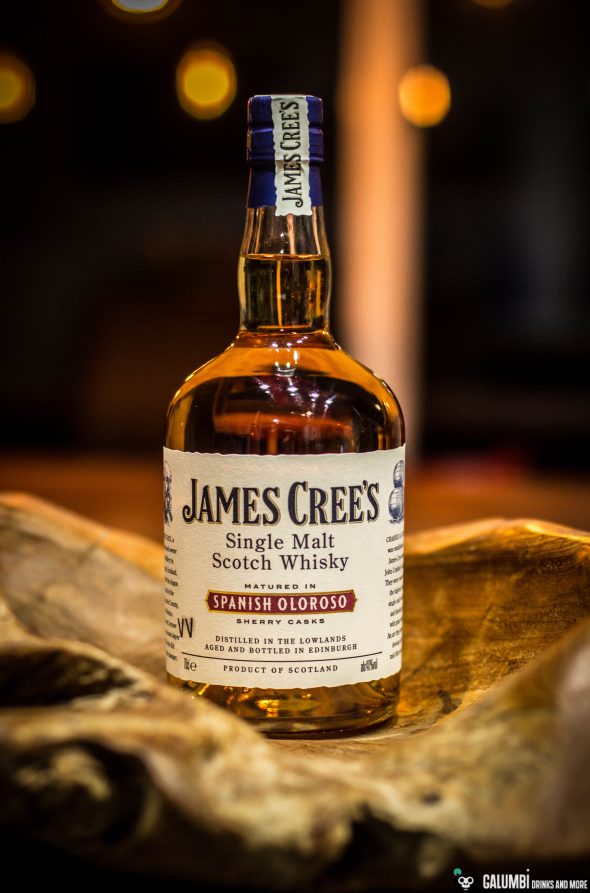 Sure, that’s not the best information, but it’s also not unusual for a NAS bottling from a contract bottler. So how does the James Cree’s single malt taste?

Aroma: On the nose, the Whisky is quite restrained. You can scent a typical sherry characteristic, but the maturation very likely has not been long (or the barrels have been filled a few times before), because the aroma is rather subtle. Of course, as a Lowlander it somehow justifies its reputation, but here certainly more would have been possible with more time. I also find notes of dried fruit, grain and malt tones, as well as hints of vanilla and caramel.

Taste: Sherry notes with hints of red wine, some vanilla and again dried fruit (especially raisins) show up on the palate. The oak adds a certain spiciness that blends harmoniously with the vanilla and caramel. Overall, however, there is still room for improvement. Well, it would also be presumptuous to apply all too hard standards to a single malt with a liter price around 30 euros, but of course I do not want to leave unmentioned that the youth of this malt with a not yet quite so roundly integrated alcohol also shines through.

The James Cree’s is joined today by the Aber Falls Welsh Whisky. This Whisky, very exciting just because of its origin, comes from the Aber Falls Distillery in the north of the country. If you now go in search of Aber Falls single malt whisky, you will notice that there is already another bottling in a slightly differently designed bottle. The bottle presented here today is namely the already second bottling of the distillery, which saw the light of day in the autumn of 2021 (therefore sometimes advertised as Aber Falls Autumn). Here, too, we unfortunately find no age statement, but all the more interesting information about the cask aging, which took place in an exciting mixture of Oloroso, Pedro Ximenez, bourbon and fresh oak casks under the supervision of Master Blender Dr. Kirsty McCallum. The barley used to make the Whisky is sourced from Wales itself. 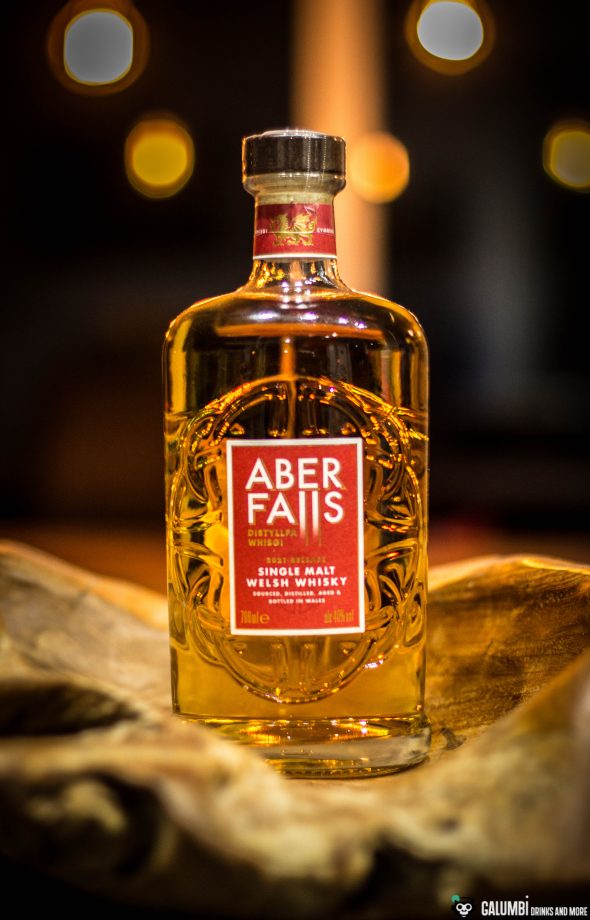 Aroma: The official tasting notes speak of vanilla, toffee, figs and raisins, among others. Yes, admittedly, I can detect associations of all that, but vanilla and raisins do strongly dominate here over toffee and figs, which I would not have cited myself. Instead, I find a very interesting orange that I quite like in the aroma and which combines with fine spices to create a quite pleasant overall aroma.

Taste: On the palate, the orange is a bit more restrained, with cereal and vanilla tones dominating at first, but then being re-captured by fruity notes. In fact, these tend more in the direction of dark forest fruits than in the citrus direction, which once again underscores the always exciting difference of aroma and flavor, as can often be found in single malts. This whisky also cannot hide a certain youth, it is not overly complex, but pleasing with notes of cloves.

Both single malts should be seen for what they are: relatively inexpensive entry-level malts that need not be approached with too high expectations when enjoyed neat. For those who want to do that, of course, and are not willing to get off the high horse of their 18-year-old Macallan, these bottlings do not play any role worth mentioning in the slightest. But especially for use in drinks in which a certain Scotch characteristic is required, you can certainly achieve a lot here.

And so today I opted for a cocktail by Simon Difford, which I simply like very much and for which the two whiskies are very well suited. This is the “Perfectly Straight Blood & Sand”, which – easy to recognize – is a variant of the classic Blood & Sand cocktail. And because I particularly love this one, and it will always be associated with my first visit to Le Lion, I’m more than open-minded about twists. 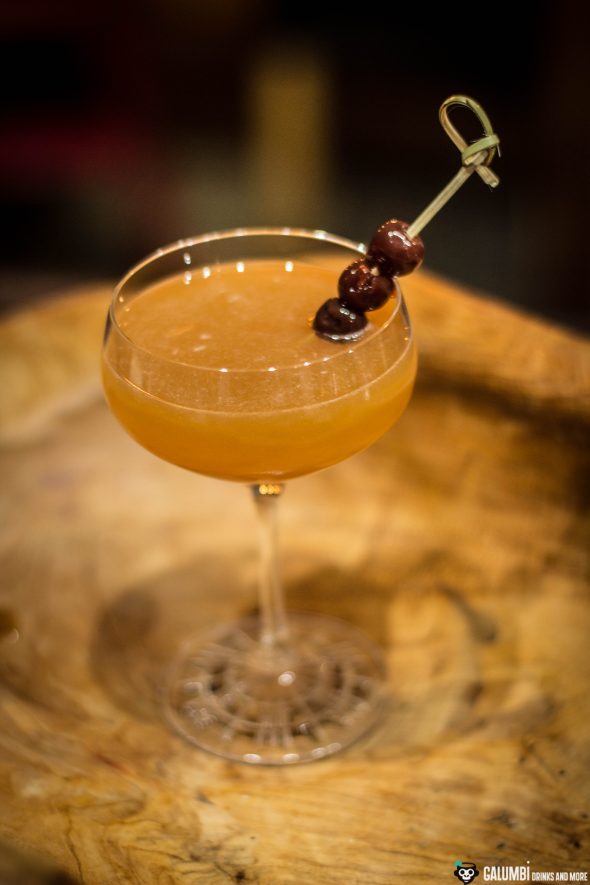 Speaking of twists, I deviated from Simon Difford’s original recipe on one point (besides replacing some ingredients with some of my favorites): Since I like to use a Laphroaig Quarter Cask and I find 1 cl of this in the drink better than 1.5 cl, I reduced the proportion accordingly. So, I end up with a Whisky base of 1 cl each of James Cree’s Single Malt Whisky, Aber Falls Welsh Whisky and Laphroaig Quarter Cask. Oh well: the drink has a lot of ingredients, yes. However, it is really worth mixing them together! 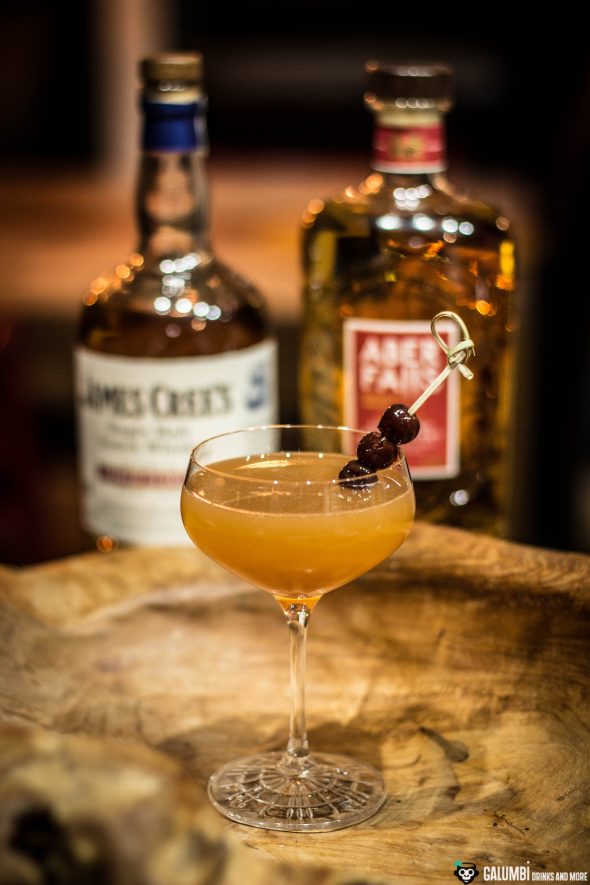 Preparation: Shake all ingredients vigorously in a shaker on ice and double strain into a pre-chilled glass.