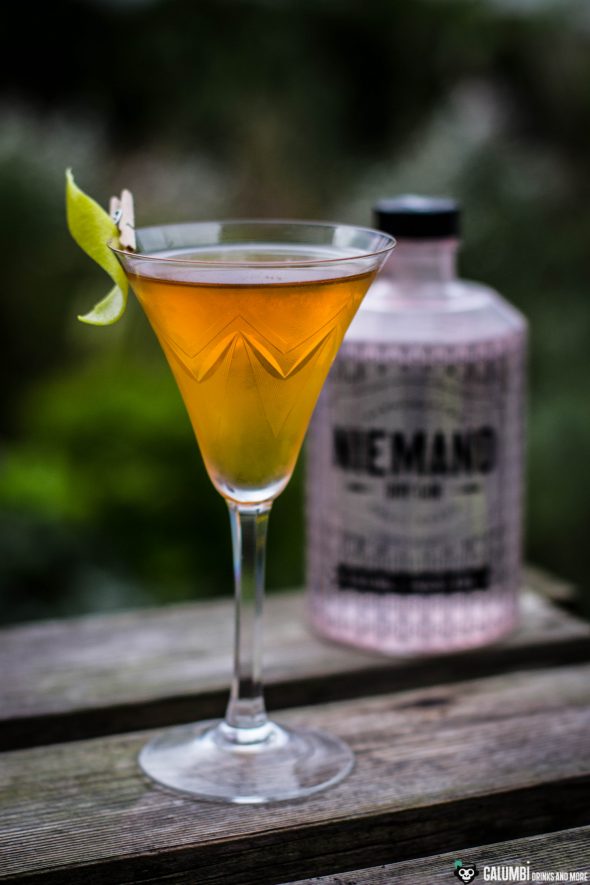 Of course, there is not the slightest chance for a blogger like me to keep up with the flood of new releases on the liqueur market and publish a full-coverage review density here. That’s why there are countless bottlings, including long-established spirits, that I’ve never taken on here (and to a large extent probably never will). So I can’t always guarantee topicality in the sense of first product releases. Therefore, it should not be surprising if sometimes articles about will be launched, which deal with products already long established on the market. (provided test product*)

Exactly such a case is today’s bottle: the Niemand Dry Gin. German gin drinkers will certainly know this name for years by now and also many people who are only partly interested in the matter should have found the bottle with the catchy name (thanks to the good availability in Germany) on supermarket shelves – or just in their own glass. However, all this does not prevent me from reviewing the Niemand Dry Gin, which I myself have also used in the past as part of gin tastings. 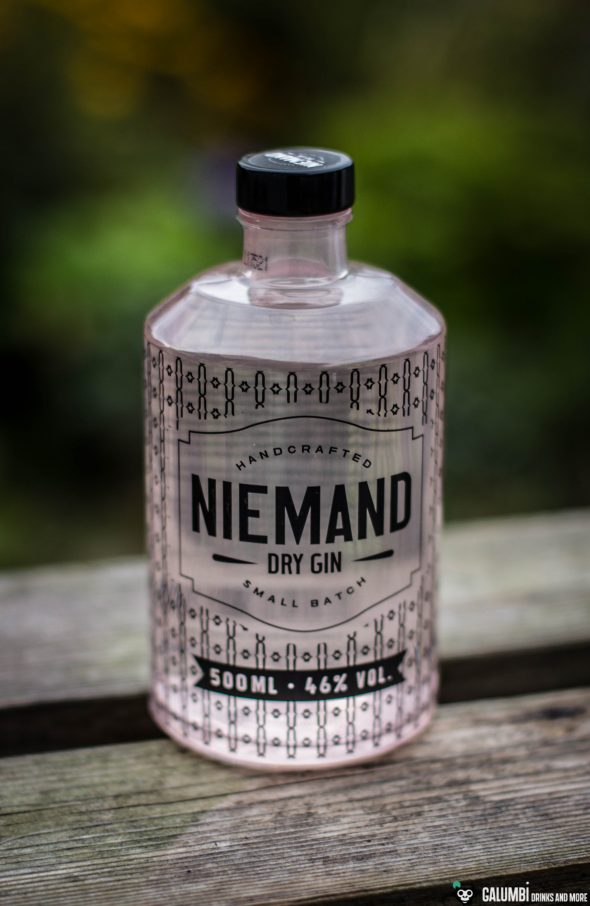 The Niemand Dry Gin was launched in 2015. I am almost inclined to say: at the height of the gin wave, but for that the wave would have to have ebbed in the meantime, which – despite all prophecies of doom – has still not happened. The two founders, Sebastian Otto and Torben Paradiek, themselves were enthusiastic about the topic in the run-up to the launch, and as early as 2014 were running “Gin Flight”, a sale of spices specially aimed to improve gin & tonics. The two Hanoverians finally developed their own gin, which is also distilled in Hanover. What made it special was that they wanted to get away from the common citrus note in most available gins. Instead, they relied on a botanical composition of lavender, sandalwood, rosemary, apple, ginger, cinnamon, coriander, vanilla, pine nuts, juniper, hence a rather spicy approach. The Niemand Dry Gin offers a classic, appealing drinking strength with its abv of 46%, which should transport the flavors quite well. Whether this succeeds, I have of course also examined again separately.

Aroma: Rosemary and sandalwood are really unmistakable here and depict the heart and soul of this gin directly as a prelude. The first impression is thus clearly spicy, but finally also comes with juniper and spicy notes of cinnamon and nutmeg. I also find nuances reminiscent of pine needles, perhaps some resin, as well as fresh tones of ginger and a fine floral base. Citrus notes are really not found in this form, maybe as associations in the periphery of the ginger.

Taste: The Niemand Dry Gin also immediately shows its spicy and powerful character on the palate. Rosemary, resin and juniper are there, followed closely by the very nicely integrated sandalwood. And then I also find the ginger again with its associations of fresh, spicy pungency. The alcohol is well integrated and towards the end again transports fine floral tones of coriander, lavender and some apple.

Drink-wise, I opted for a relatively simple, stirred straight-up cocktail. The Niemand Dry Gin doesn’t feature any orange notes per se, so I put those alongside its spicy, powerful nature in the form of the very nice Nardini Elixir China. This is joined by a blend of two white vermouths: Werner RG White Vermouth on the one hand, Vermouth Del Professore Classico Tradizionale on the other, and a few Dashes Bitters, and that’s it. I simply named the drink: Nessuno, which simply means “nobody (Niemand)” in Italian and is also a famous song from 1959 by Antonietta De Simone and Edilio Capotosti. 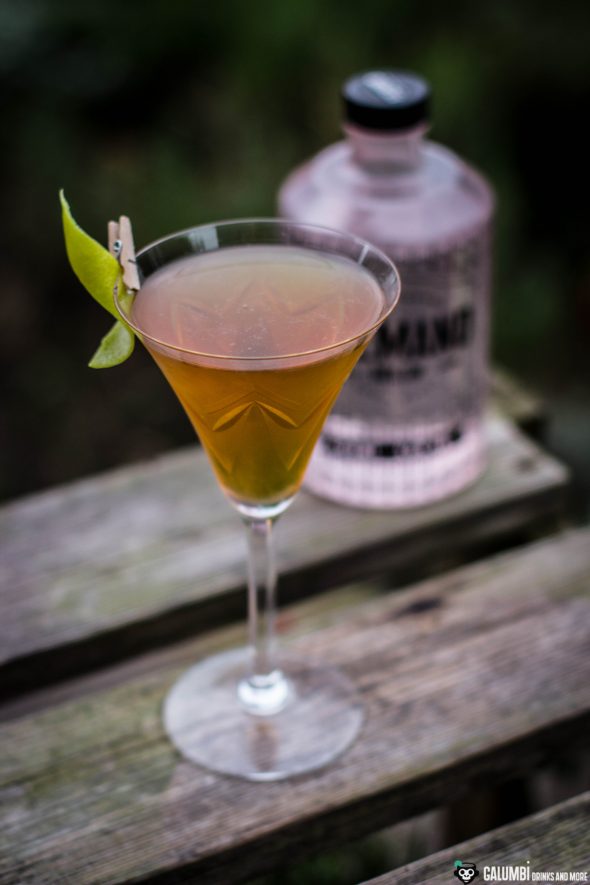 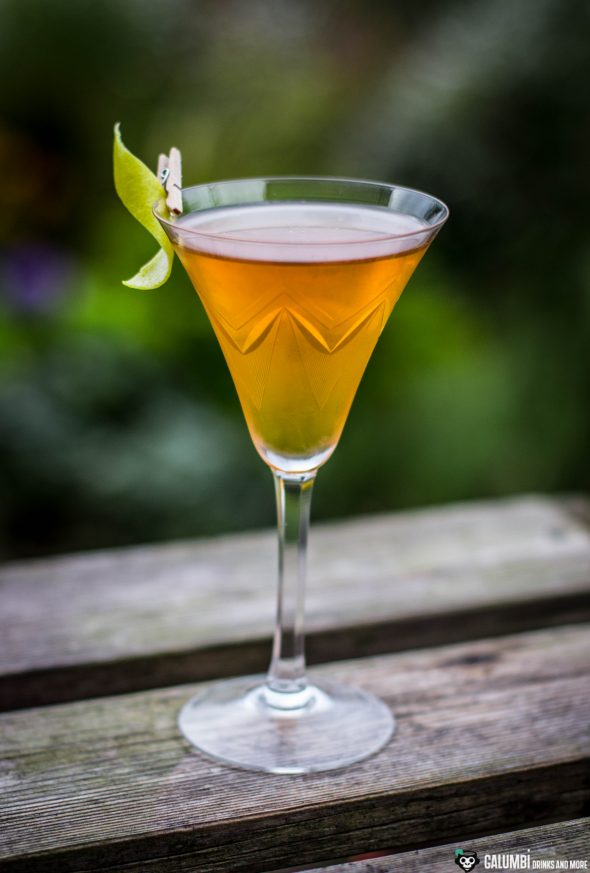 Preparation: Stir all ingredients in a mixing glass on ice until cold and strain into the pre-chilled glass. Spray with the oil of the lemon zest. 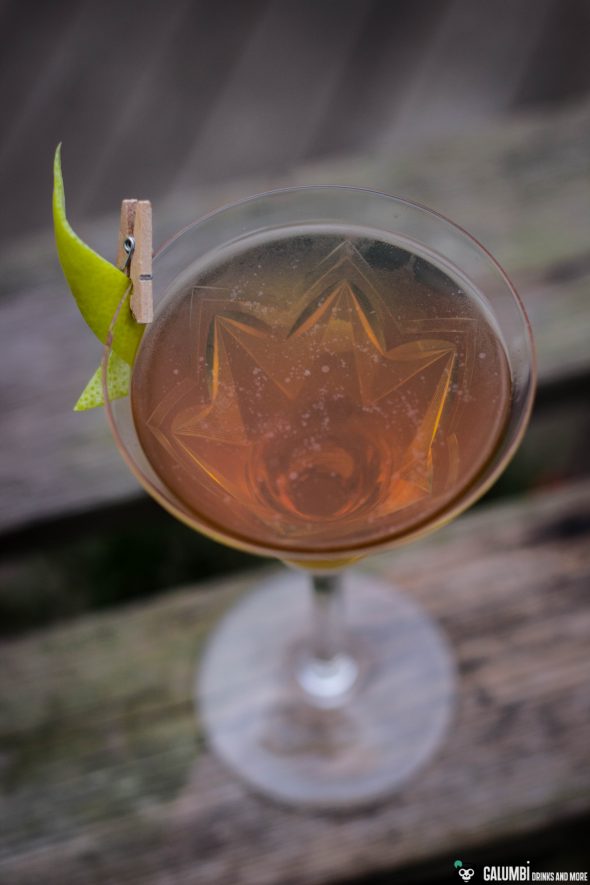 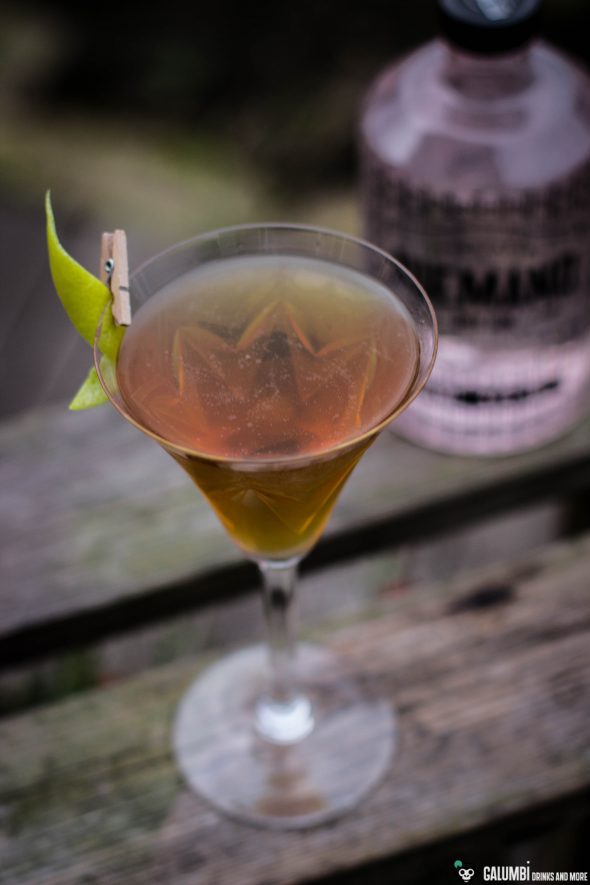