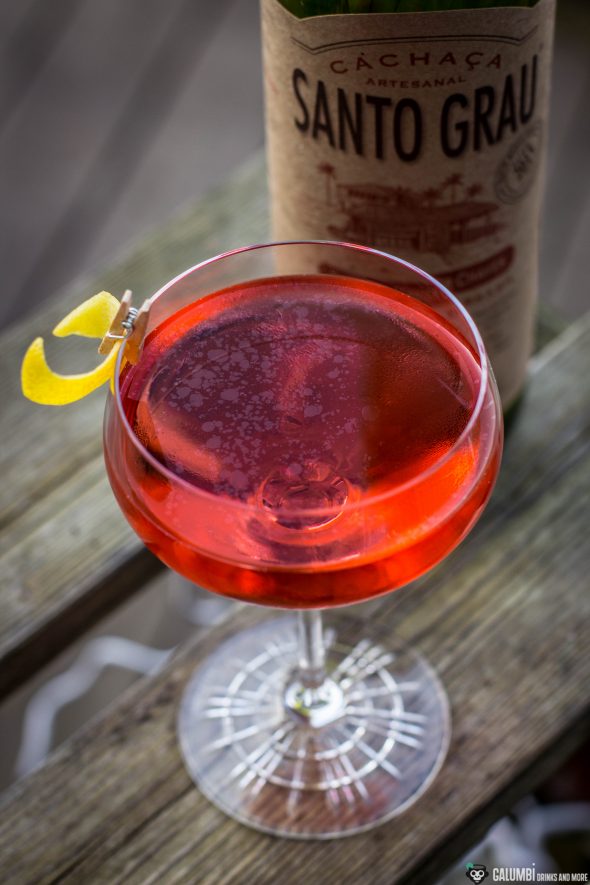 And again, today it will be about Cachaça. In my last article, I already referred to the differences between the Cachaça Espírito de Minas and the Magnífica de Faria Cachaça (which I reviewed before this one), but if you missed all that, I recommend you take a look at the two articles here. Because when I will dedicate myself in the following to the Cachaça Santo Grau, cross-references will appear there again, which will show a comparison to the other two Cachaças. But one after the other! (provided test product)*

Already on the bottle label of the Cachaça Santo Grau we learn that this Cachaça is also a product from the southeastern state of Minas Gerais (the Cachaça Espírito de Minas also comes from this region). As mentioned in the last article, this is the most famous and largest production area of cachaça in the Federative Republic of Brazil. The sugar cane for this cachaça comes from the oldest sugar cane factory in the entire country in Coronel Xavier Chaves (where they have been distilling sugar cane since 1755). After distillation, the Santo Grau is left to mature for 6 months in 250-year-old stone tanks (so this distillate is not unaged either – in contrast to wooden barrel aging, however, stone tank aging makes me expect a completely different world of flavour influences).

The cachaça, which is priced around 30 euros, is bottled at an abv of 40%. 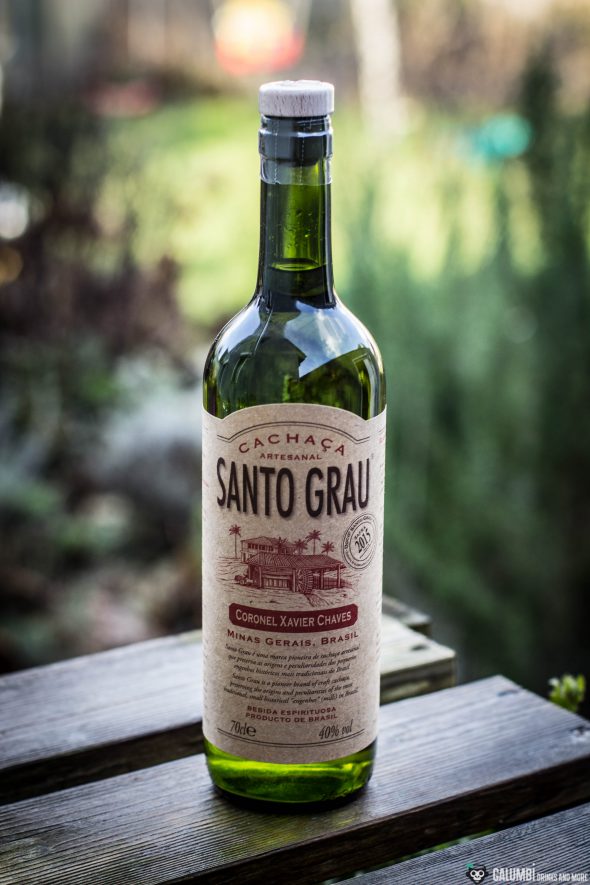 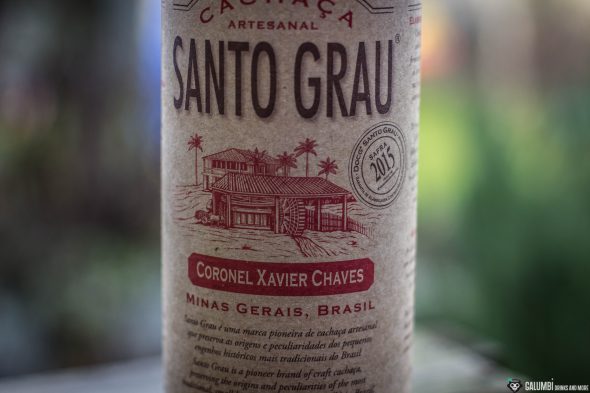 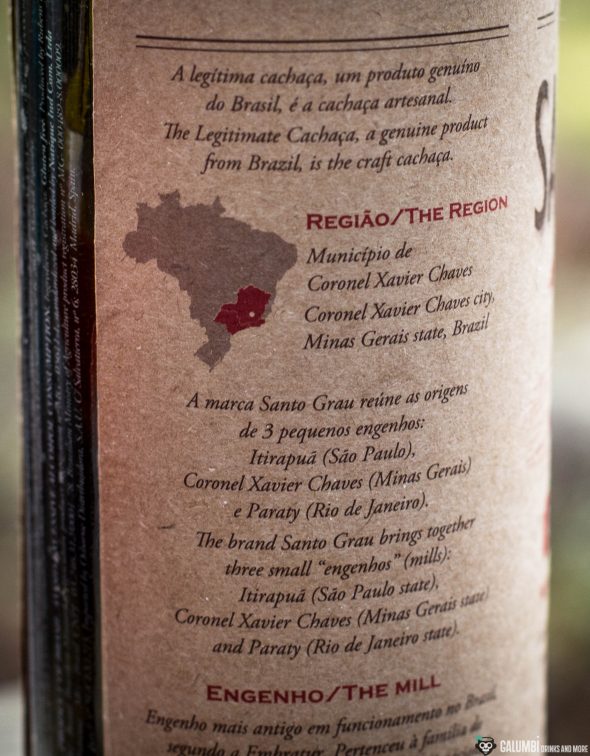 But how can one imagine a cachaça aged in old stone tanks in terms of taste?

Aroma: The Santo Grau steps the furthest out of line compared to the Magnífica de Faria Cachaça and the Cachaça Espírito de Minas. Now, this does not go so far as to suggest that there is a different spirit in the glass here, but refers primarily to the basic characteristics. Sugar cane is here too, sure, but it seems different, a bit spicier (which is surprising, since there is no contact with barrel wood here) and more herbal. Grass, citrus and papaya are there, a very particular vanilla reminiscent of crème brûlée and brown sugar (fitting for crème brûlée) and – in contrast – a bit of rock salt.

Taste: Okay, this is the strongest deviationist on the palate as well. There is the very appealing basic characteristic of a sugar cane spirit with woody notes, but just also a very special, spicy-herbal note that neither the Magnífica de Faria Cachaça nor the Cachaça Espírito de Minas have in this form. It reminds me a bit of moss, then again of dandelion. There is indeed a mineral note to it (whether this comes from the stone tanks, I can’t say; but it’s hard to imagine) with salt and mild white pepper. A very nice and different cachaça.

The drink I wanted to make today with the Cachaça Santo Grau basically leads us to Le Lion in Hamburg. There, in the early years, Gonçalo de Sousa Monteiro, now prominent with his own bars in Berlin, created a cocktail called Comte de Sureau, which is a mixture of gin, Campari and St. Germain. Of course, the similarity to the Negroni here is no coincidence – nor is the fact that I like the drink a lot because of it. Inspired by this Comte de Sureau, Jeffrey Morgenthaler, a friend of Sousa Monteiro, created his Caneflower cocktail, in which (apart from a slight rebalancing of the proportions) cachaça (in his recipe, Novo Fogo Silver) essentially takes over the role of gin (Morgenthaler also replaced Campari with Aperol – but I’m reversing that). And here, the Santo Grau seemed just about perfect for me, which was confirmed after I tried the drink. I like it even better this way than with the Novo Fogo. Et Voila: the Caneflower Cocktail according to Jeffrey Morgenthaler. 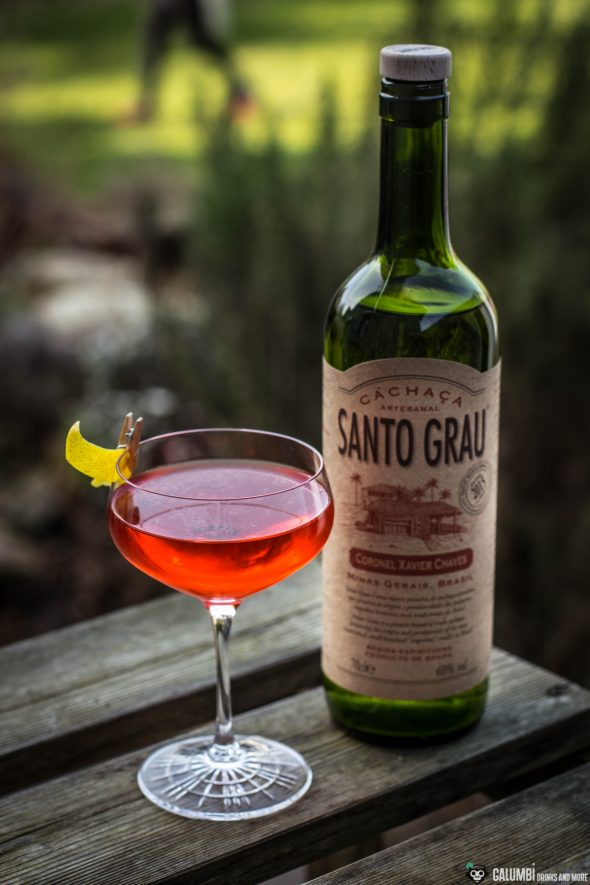 Preparation: Stir all ingredients on ice until cold and strain into a pre-chilled glass. Spray with the oil of a lemon zest.