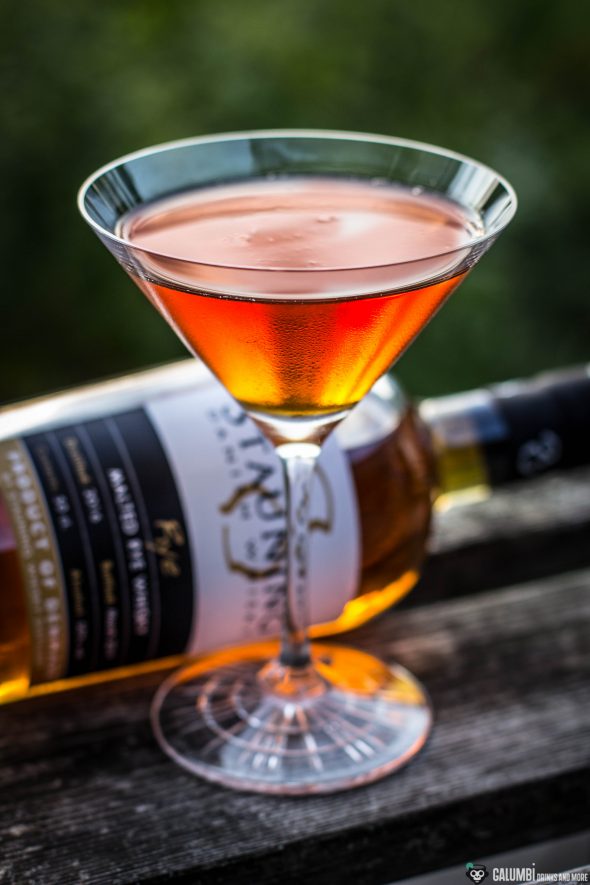 Denmark is certainly not the first country that comes to mind in connection with spirits. And certainly not in connection with whisky. However, in fact the missing association is not necessarily justified, because with the Stauning distillery, a whisky distillery from Denmark focuses entirely on national products. What a whisky from Denmark can do and how the makers approach it, I want to take a closer look at today. (provided test product)*

The Stauning whisky distillery is located in Stauning in the municipality Ringkøbing-Skjern in the Danish West Jutland. In 2005, Stauning Whisky was founded by the brothers Martin and Lasse Vesterby together with seven friends and relatives as a start-up to “revive” the Danish whisky industry, which at that time was virtually non-existent. While first experiments were carried out in a slaughterhouse, in 2007 an old farm outside the town of Stauning was purchased and renovated, before production started on a larger scale in 2009.

The special feature of the Stauning distillery is that only barley and rye from regional agriculture are used for the production of their spirits. In addition, the grain is completely malted on the distiller’s own malting floors, which can no longer be seen as a matter of course in the whisky production (much of the malted barley used in Scotland for whisky production is imported from abroad). Its own whisky is distilled twice on very small copper Alembic Pot Stills, first on a 1000-litre Wash Still and then on a 600-litre Spirit Still. 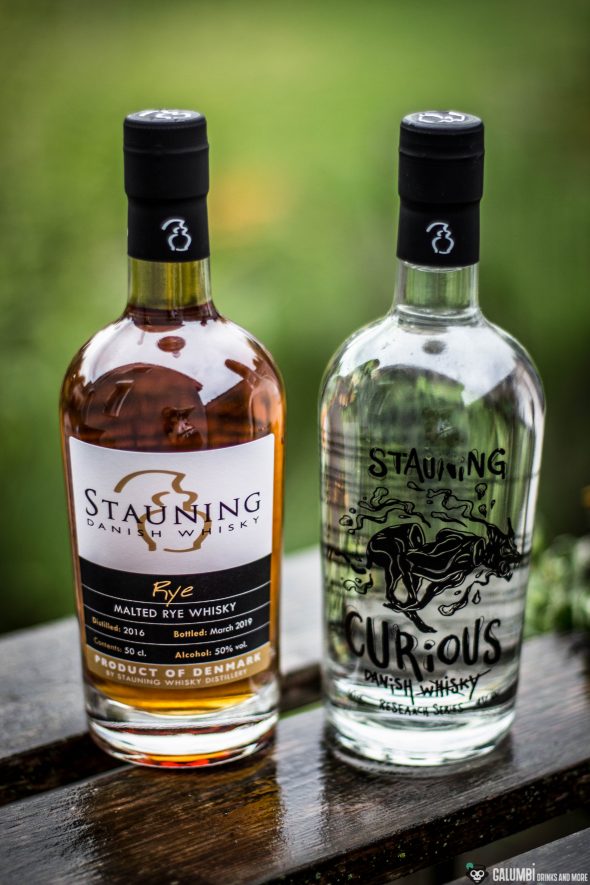 The Stauning Rye has an age of three to four years (the maturation took place in heavily charred white oak barrels). It consists of a mixture of malted rye (which is very rare, ordinary rye whiskies are made from unmalted rye) and malted barley. In addition, it is bottled with a very attractive alcohol strength of 50% abv. In short: On paper, a lot has been done right and I look forward to the tasting. 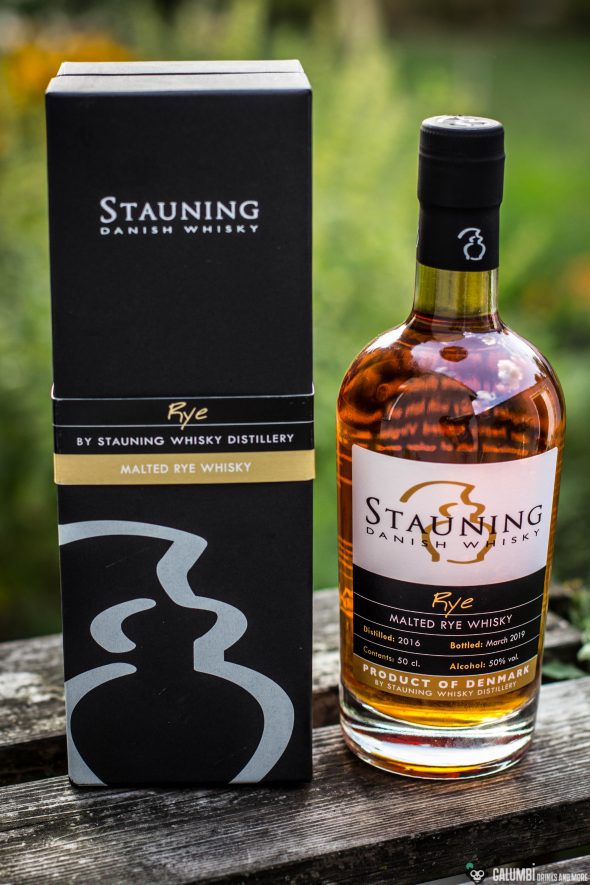 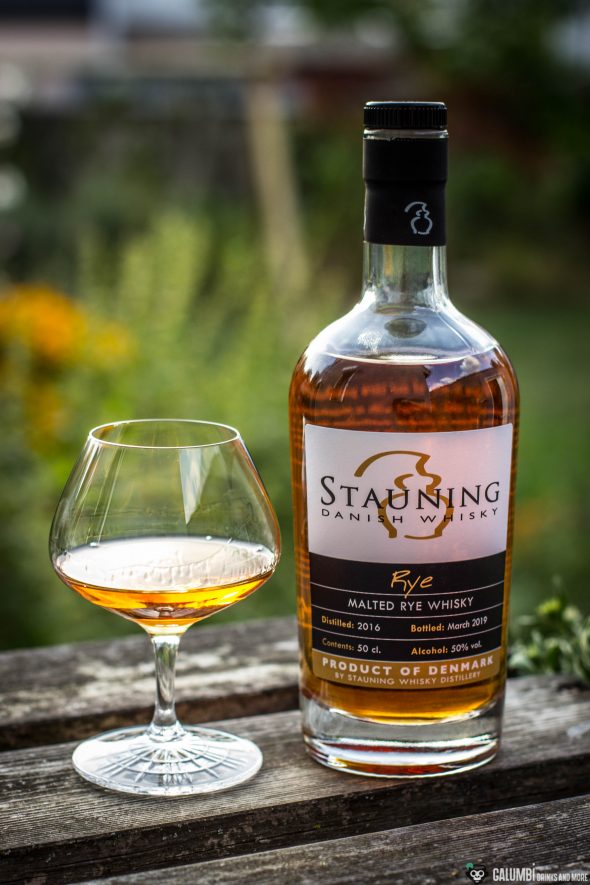 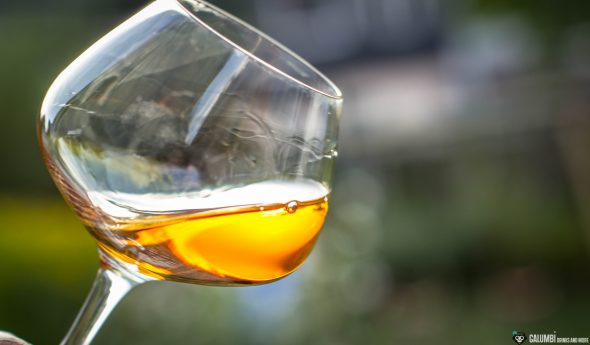 Aroma: Dark honey bread, caramel, roasted malt and gingerbread spices from the oak wood are the first associations that come to my mind. There is indeed a clear, but not exuberant malt character present, which for a moment makes me think of an Irish or a Scottish Malt Whisk(e)y, but in the end is not pronounced enough to let it clearly move in this direction. At a blind tasting, the Stauning Rye would be a real challenge, because it is located somewhere between American Rye and Gaelic life water. As time goes by, a finer vanilla, some cinnamon and a sweet cake dough also make their way.

Taste: A dark, spicy honey bread with toasted notes is also evident on the palate. Caramel, malt and cinnamon underline this first impression, finally I find a nuance of herbs (heather?), dried fruits (especially plums and raisins), oak wood and some vanilla. The balancing act between rye and malt continues.

Finish: medium long with spices, some liquorice and dried fruit.

The unique and exciting character of the Stauning Rye makes it a pretty versatile whisky to use it behind the bar. This can sometimes lead to difficulties, but in principle you can orientate yourself on classic Rye cocktails (maybe even Bourbon drinks), but also on recipes that demand a milder Scotch. Today I decided to use it in a Waldorf cocktail. The Waldorf Cocktail comes from the bar of the famous Waldorf Astoria Hotel, where it was created at the beginning of the 20th century. Basically it is not much more than a variant of a Manhattan. And if you consider the special character of Stauning Rye, you can also use name the Rob Roy as a reference. The unique thing about the Waldorf Cocktail, however, is a glass washed with absinthe, what brings unique aromas to the drink, which harmonise very well with the spice and roast notes of the Stauning Rye. I’ve also replaced the Angostura Bitters with the By the Dutch Classic Bitters, as I find them a bit better here. The vermouth used is a classic Carpano Antica Formula, while I used a 68% abv Duplais Verte for the Absinthe. 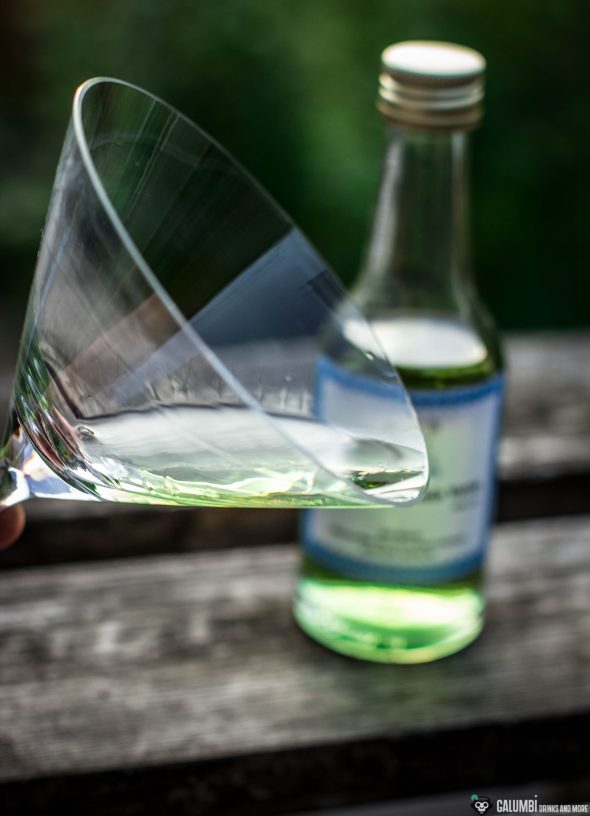 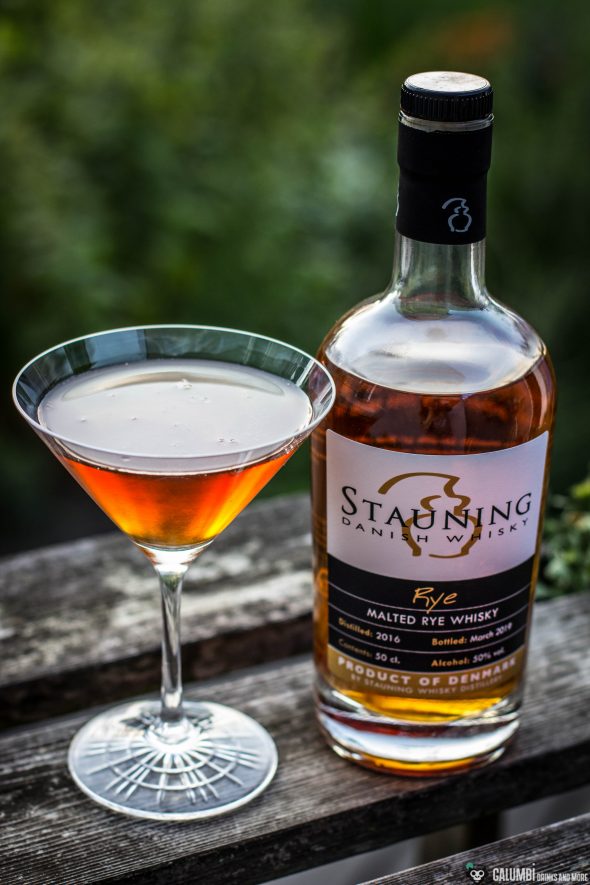 Preparation: First, fill your pre-cooled glass with some absinthe and swivel it all around so that an absinthe film forms on the inside. Then discard the rest of the absinthe. Stir the other ingredients until cold in a mixing glass on ice and strain into your absinthe-coated glass. 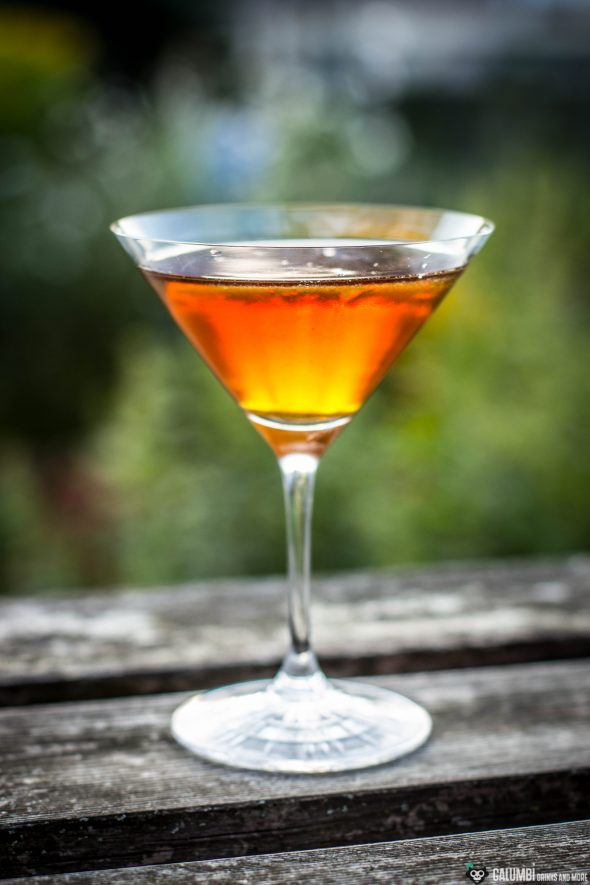