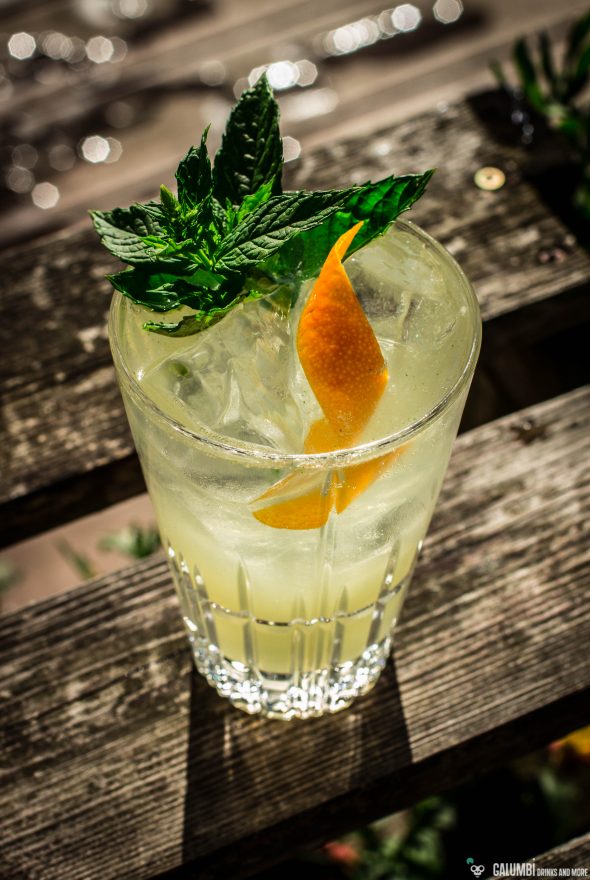 Rum from French overseas départements meanwhile enjoys a very good reputation. Those who value transparency and solid quality generally appreciate the French AOC rules, which apply to Martinique, Guadeloupe and La Réunion and which have made their Rhum Agricoles more and more popular outside of the French-speaking world. But it is not only Rhum Agricole tempting from overseas. (provided test products)*

In fact, it is sometimes almost forgotten that representatives of the molasses rum-genre are also made in these longitudes, but also other traditional spirits exist, such as the so-called Shrubbs. And of course I didn’t write this out of an accident, since today I want to talk about exactly two such bottlings: one molasses rum and one Shrubb. Since I ultimately also used them together in a drink, it made sense, so to speak, to review them together here as well. 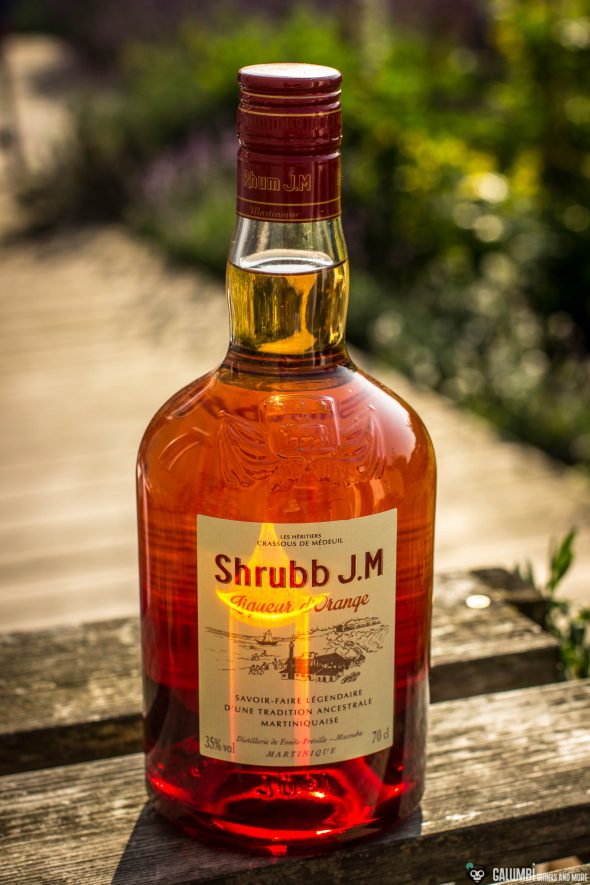 First, there is the Shrubb J.M Liqueur d’Orange from Martinique. Just like the Clément Créole Shrubb, this liqueur is based on Rhum Agricole, in which bitter orange peels and spices (vanilla, cinnamon, nutmeg) have been macerated. They are left in the rhum for an unspecified period and then the infused rum is poured into oak barrels where it is allowed to mature for another unspecified period. Finally, it is rounded off with pure sugar cane syrup and the Shrubb is ready. With an ABV of 35%, it is somewhat lighter than for example the Clément Shrubb, but should still have enough aromatic carrying capacity. By the way, I have already tried a Rhum from J.M. here.

Aroma: On the nose, I can find – as expected – a lot of orange. The orange notes, however, are not excessively sweet, but rather reminiscent of an English orange marmalade with bitter tones and a spicy background. In this context, I find especially cinnamon and nutmeg. Over time, the aroma becomes even more fruity and fresh.

Taste: The sweetness of this Shrubb is very well balanced. Although we’re dealing with a liqueur here, I don’t find it to be too sweet when having it neat. The bitter oranges are very beautiful and fully aromatic, which I really like, you can taste them quite authentically. The Rhum Agircole base is strongly changed by the addition of sugar, but can also be found. The spices are part of the game, too, but are not too superficial.

Finish: medium long with beautiful bitter notes, oranges and above all nutmeg.

On the other hand, I would also like to mention the Habitation Velier Savanna HERR White Rum, which comes from La Réunion in the Indian Ocean. La Réunion has a very own tradition of craftsmanship in rum. The Distillerie de Savanna is located in Saint-André, a community of 55,000 inhabitants on the north coast of La Réunion. And today I have one of their rums in front of me. In addition, it’s a white, unmatured rum (I’ve already mentioned in the past that white rum isn’t always unmatured – you should never make a judgement based on the color – especially with rum). Of course, a price of about 50 Euro for an unmatured rum might seem very high at first, but as I already described in the course of my article on the Forsyths 151 Proof White, this is not necessarily correct. It depends on what you expect here and what you want to do with the rum. White rums can without any doubt also be part of the so-called “sipping qualities” (what does not make them less suitable for cocktails). 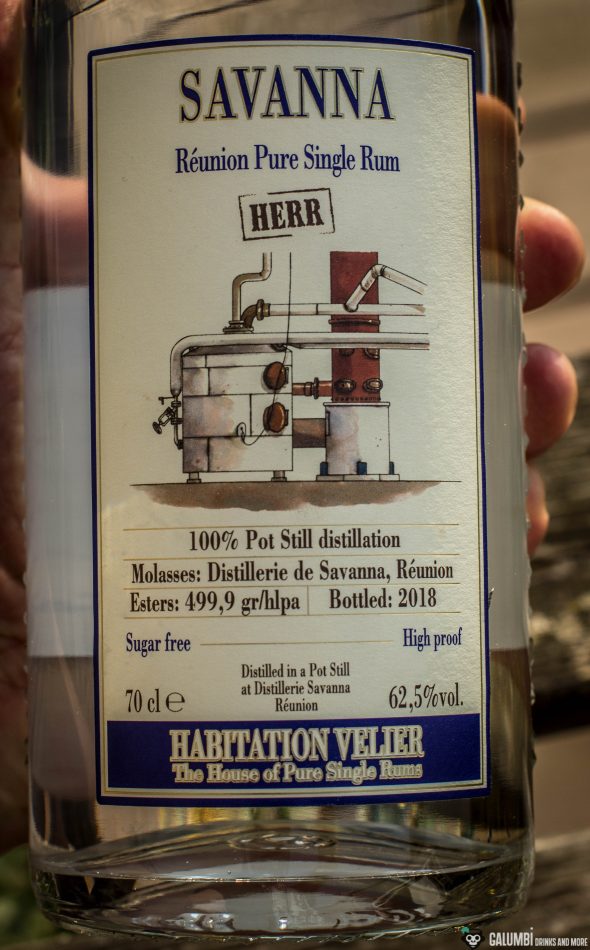 Be that as it may: the Savanna HERR White Rum (HERR  by the way stands for High Ester Rum Réunion), brought onto the market by Italian bottler Habitation Velier, comes with a very promising alcoholic strength of 62.5% vol. and not only in its name but also on the label it emphasizes its high ester concentration of 499.9 gr/hlpa. Therefore, we can certainly expect some fruit notes here. 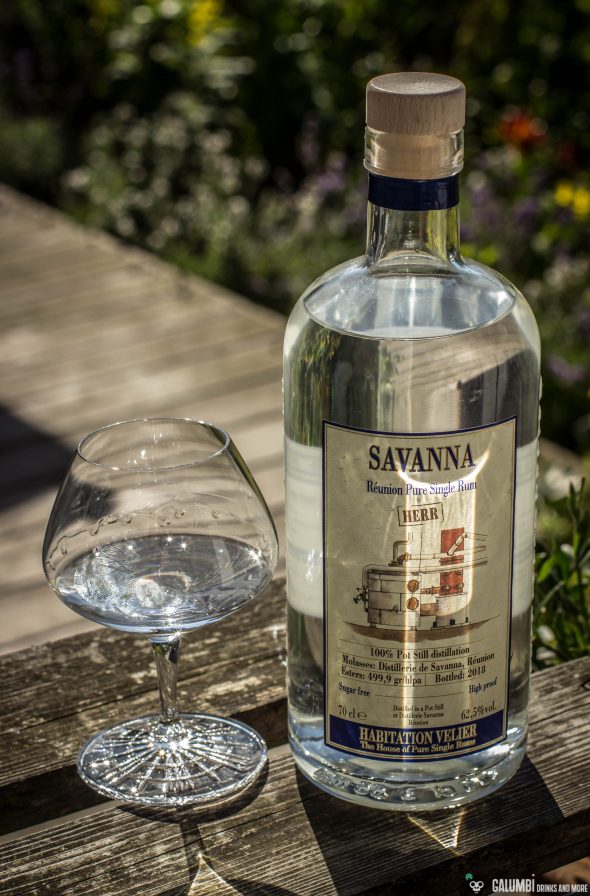 Taste: The ester notes also dominate on the palate with force and inevitably challenging intensity. Fermented notes of fruit, especially pineapple – strange as it sounds, but I feel reminded of Chinese Baijiu. Then there are herbs, spices and some smoke reminiscent of smouldering fire with ashes and green wood. This rum is not for the delicately fainthearted, but rather a self-confident attack that was announced right from the start.

Finish: rather dry with ester tones, fermented pineapple, roots (again I have to think of Baijiu) and mint sugar. 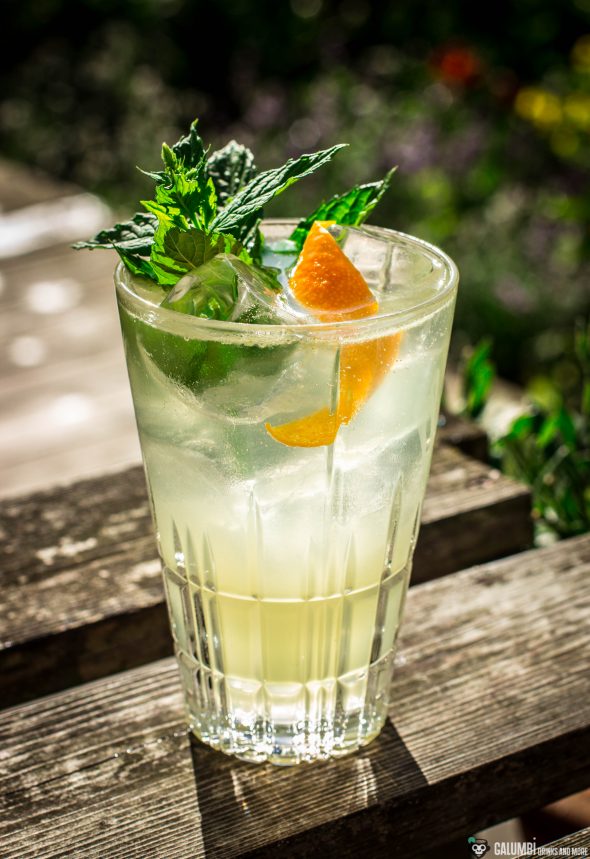 One thing I have to state: the Habitation Velier Savanna HERR White Rum is not a rum that I can recommend as an uncomplicated beginner’s rum. It is much more aimed at people who are looking for something very special and a fully aromatic, expressive white rum with corners and edges. Because of his taste, this rum won’t even think about hiding and if you think of white rum with slight coconut nuances and should find yourself in a cheerful, light Caribbean Raffaello mood, you will be surprised by a massive slap in your face with this certain smouldering note. In short: the rum is not quite uncomplicated. And that’s exactly why I wanted to use it in a drink that doesn’t tell you what to expect. In a way, it is a distant relative of the Daiquiri with a bit of fresh mint, Shrubb J.M Liqueur d’Orange, elderflower syrup (conveniently, a colleague had just made one herself a few days before; the recipe can be found below) fresh lime, and finally a bit of soda water. I have called it L’inattendu, the unexpected one, because you will not be able to anticipate its taste just by looking at it – what is owed above all to the Habitation Velier Savanna HERR White Rum. 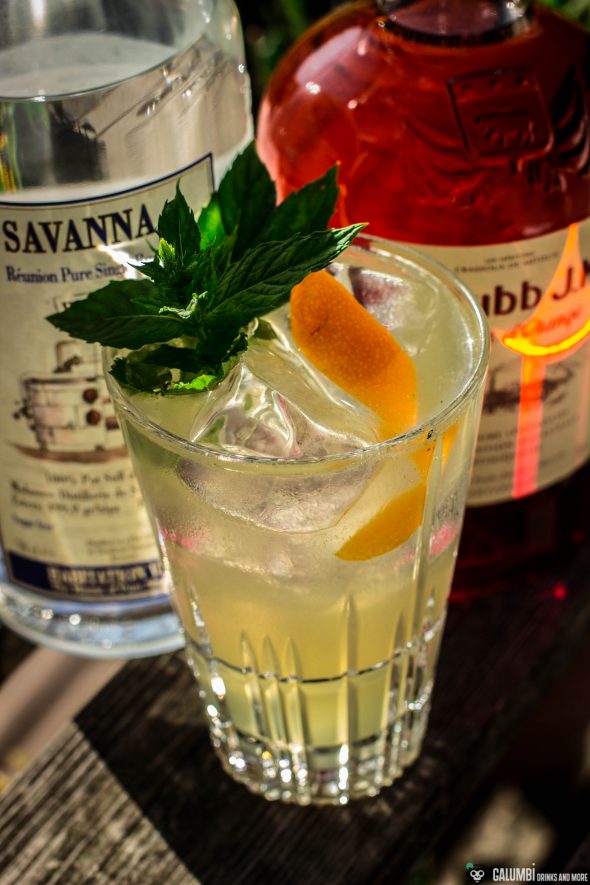 Elderflower syrup: add 1kg of sugar to each 500 ml of water, cook to a simple sugar syrup, then remove from the heat. Finally, add seven elderflower umbels, a sliced orange and half a sliced lemon and about 1 cl of citric acid to the syrup and leave to steep for three days. Finally, filter everything through a filter cloth and fill in an airtight container.

Preparation: Put all ingredients except the soda water into a shaker and shake vigorously on ice for at least 20 seconds. Finally double-strain into a glass filled with fresh ice cubes, spray with the oil of a flambéed orange zest and fizz up with some soda water. 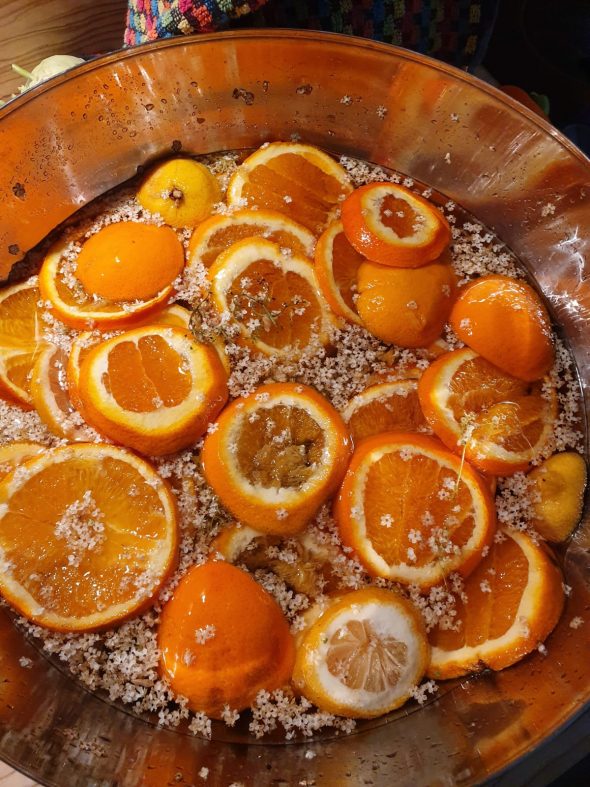 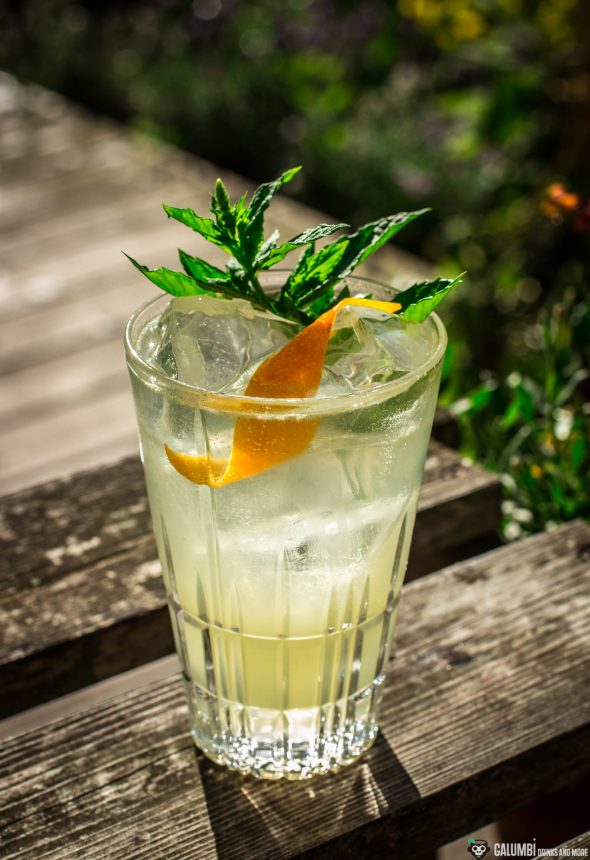