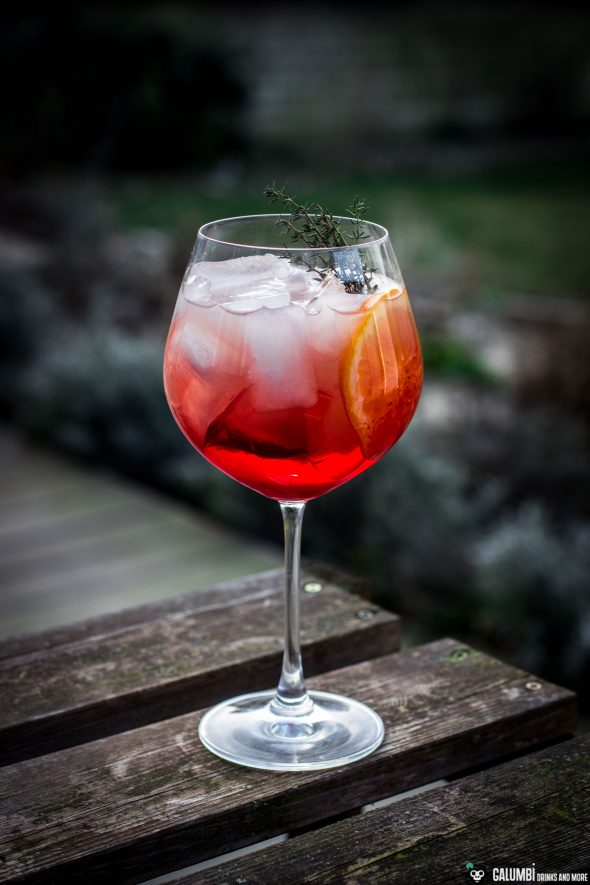 Today I would like to stay in the realm of Italian liqueurs. In my last article, I introduced a Fernet as a particularly bitter and spicy representative of the Amaro liqueur category, which is the reason why this time it will be about another type of liqueur. Not only in color, but also in taste. However, whether we are dealing with an Amaro here after all is often the subject of discussion. (provided test product)*

Well, anyone who has read the above linked article in which I have also presented some brief background information on the term Amaro (or Amari) may wonder: how can a bottle with the word “Bitter” on the label not be an Amaro? After all, “Amaro” translates into nothing but “Bitter”. And with this argument we are actually already in the middle of the corresponding debate – and of course this argumentation has some merit. However, one can refer to the historically different contexts of origin. While the dark herbal liqueurs commonly referred to as Amari are well known in Italy under this name, an Italian would most likely refer to a representative like today’s Luxardo Bitter as “Aperitivo” or Aperitivo liqueur.

In fact, this category is anything but narrowly defined because not every Aperitivo is red in color, but a lot of them are. The brand Campari is certainly the most famous when it comes to this kind of liqueur and they are using the color red as a distinctive feature in commercials and general marketing campaigns. However, Campari is not alone here and it is far from being the only representative of red Italian bitter liqueurs. These have historically been made with extracts from cochineal beetles, today, however, most manufacturers have refrained from this practice since most consumers do not really appreciate drinking stuff made with the addition of insects. Aperitivo Bitters are made of different herbs, roots and barks, which also show one or another similarity to some Amari. Often they have a certain orange note, but above all, they are bitter! (Anything else would be silly for a spirit called that way.)

Today’s bottle is distributed by the Italian brand Luxardo, which occupies a quite prestigious and traditional position among Italian spirits manufacturers. Long before the unification of Italy, it was a Genoese man named Girolamo Luxardo, who founded a distillery with his family back in 1821 in the then existing Kingdom of Dalmatia, a crown land of the Habsburg Empire in the city of Zadar, where they started producing Maraschino. Although the city of Zadar became part of Italy after the collapse of Austro-Hungary, the town and the distillery were widely destroyed in the Second World War. After the war, the distillery was rebuilt in Torreglia in the province of Padua. 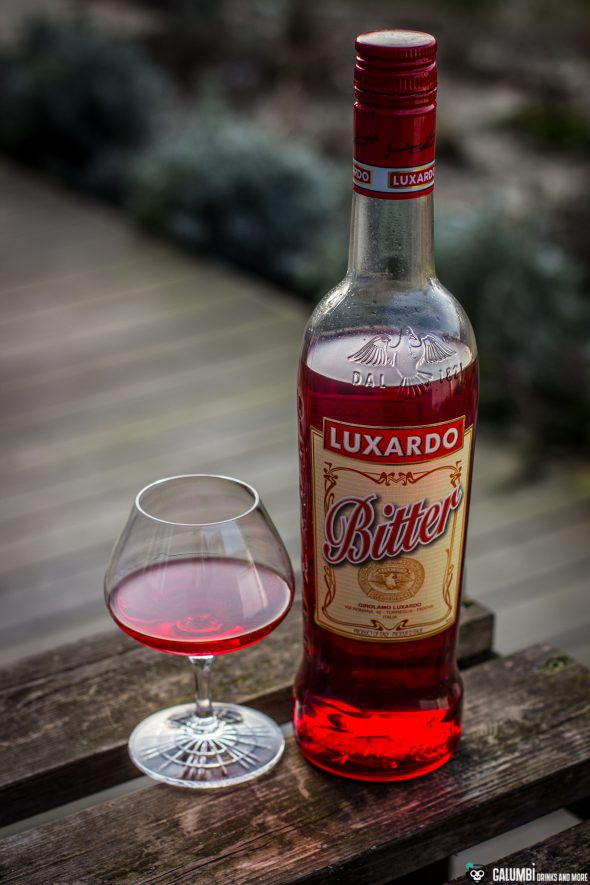 To this day, Maraschino has remained the international flagship of the Luxardo brand and almost every spirits lover will initially think of this liqueur when hearing the name Luxardo. But today Luxardo produces much more than just Maraschino. Among other things for example today’s Luxardo Bitter. It is made by infusing agricultural alcohol with various herbs and fruits, including oranges, bitter oranges, mint, rhubarb, marjoram and thyme. The Luxardo Bitter is bottled at an ABV of 25% vol.

Aroma: On the nose there is a spicy, slightly earthy impression, which is carried by a heavy and sweet undertone. Rhubarb and oranges can be recognized, but also dried fruits and a hint of cloves and subtle star anise.

Taste: Of course, the Luxardo Bitter ist bitter on the palate, yet its bitterness is complex with bitter orange, rhubarb and an herbal impact. Again I can find some cloves but also the marjoram is there. The bitterness is balanced by a beautiful sweetness that also brings fruity notes of orange and subtle berries.

Finish: bitter and fruity with notes of orange peel

Well, of course, this Aperitivo or Bitter can be easily used as a great cocktail ingredient, which I will certainly do in the future, but today I would basically like to present a “recipe” that is probably already known to many people and some may even roll their eyes when reading it. You may accuse me of a lack of imagination when I simply present a Spritz recipe here, but some drinks simply do not need much to succeed. If you should have ever been to Italian cities in the summer, the sight of wineglasses with sparkling red content and a slice of orange will be nothing unfamiliar to you. Even though Spritzes may be frowned upon by some bartenders, I cannot help but simply enjoy this simple drink if it is done properly. Well, maybe the variant below is not that boring because after all a soda siphon is used (optionally you can use a soda stream or something similar) and with the Mulassano Bianco I also opted for an Italian vermouth. And there is a bit of preparation you’ll have to do, but basically the recipe is really simple. Anyway, it’s “Thyme for a Spritz!” 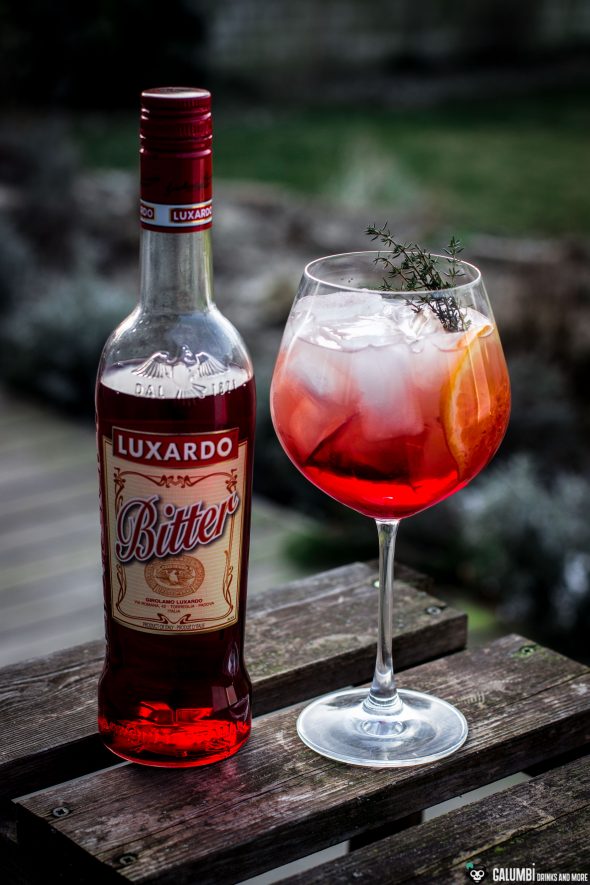 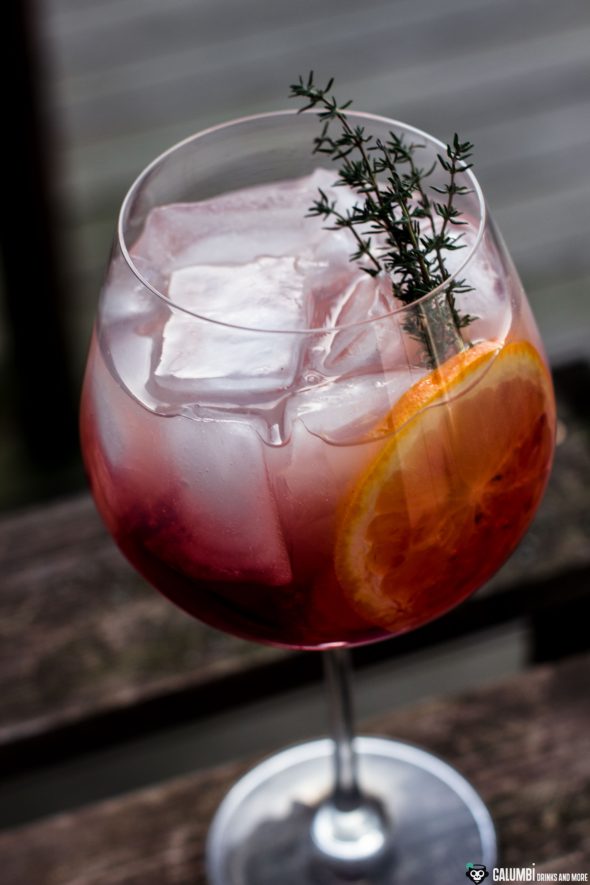 Recipe “Thyme for a Spritz!”:

Thyme soda: First make a tea from water and fresh thyme (about two handfuls of fresh thyme to half a liter of water – bring to the boil, let it rest and infuse for at least 20 minutes) and subtly sweeten it (two bar spoons of sugar syrup to 500 ml of tea). Allow to cool and fill in a soda siphon (or a soda stream or something like that), load with a CO2 capsule and carbonize. 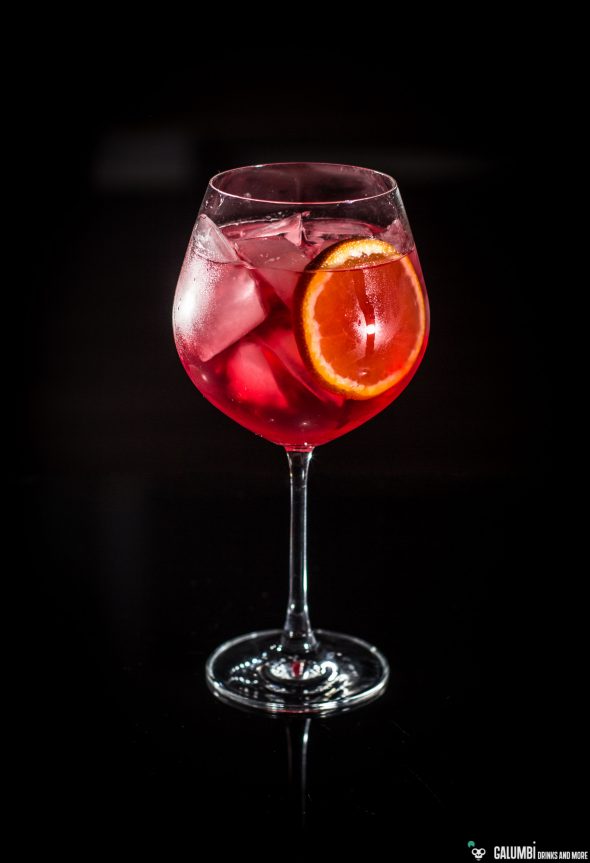 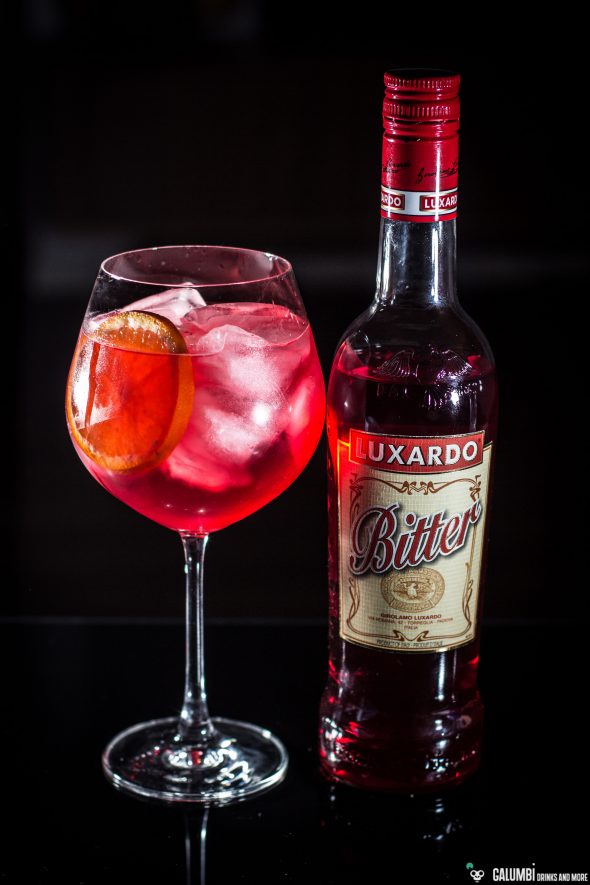 2 thoughts on “Pure Spirits: Luxardo Bitter & Thyme for a Spritz!”