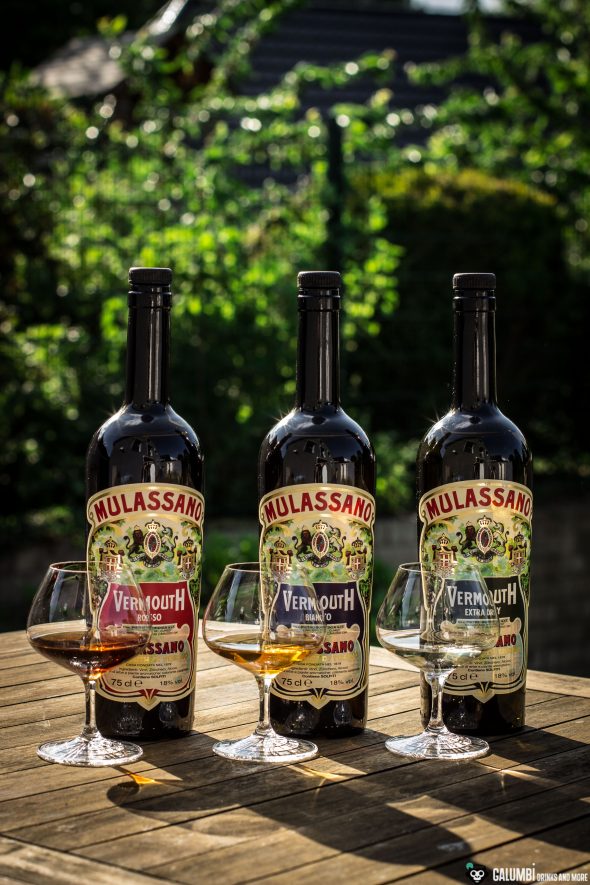 Although I have always planned to do so, I actually never took my time to write about vermouth. I’m feeling a little bit ashamed since it is such an elemental ingredient behind every bar and there are only few things that are so closely interwoven with the history of cocktails as vermouth. To this extent, it is almost impossible to provide a comprehensive or even encyclopedic treatise on that subject. Anyway I’m writing today’s article that is mainly about three special vermouths but also about vermouth itself. (provided test products)

Vermouth (the etymology of the name is connected to the German word for wormwood: Wermut) is basically nothing more than a fortified wine which is spiced with herbs and spices. But what does that really mean? Sometimes you will also read the term “liqueur wine” when it comes to vermouth which sometimes can be a little misleading. Many people expect something quite sweet and heavy from when dealing with a “liqueur wine”, which is often true. But by far not every fortified wine is sweet and also not always heavy, as for example a Spanish Manzanilla sherry demonstrates. In the end, “fortifying” refers to the increase of alcohol that characterizes these wines. So the alcoholic strength of fortified wines is simply increased by the addition of neutral spirit (usually made from grapes) and only by the actual fermentation of the basic wine. The addition of herbs or spices takes place before the wine is finally filled into tanks or barrels where it is stored for some time before the final vermouth is bottled. The composition of these herbal mixes varies from manufacturer to manufacturer, whereby “Wermut” (wormwood) is the common trait of all vermouths. And unlike some spirits, for instance rum, the addition of sugar to a vermouth is not a scandal, but the rule. The sugar content, however, varies considerably, depending on whether you want to create a dry or sweet vermouth (usually between 10% and 15% sugar content for sweeter vermouths and no more than 4% for the dry ones). It is not always easy to tell whether a cocktail recipe calls for a dry or a sweet vermouth, especially in older cocktail books. As some kind of rule of thumb, French vermouths are considered to be the drier ones, while the Italian ones are the sweeter vermouths (and in most of the cases also the red ones while the French ones are the white). But that’s not generally true, of course, and modern recipes tend to be more exact regarding vermouth. Of course, also a very dry (and white) Italian can cut a fine figure.

Well, one more word about color: it may disappoint you when you learn that the color in vermouth is an artificial one (caramel color). Vermouths are naturally all bright! However, the red varieties from the majority of the manufacturers also feature a different herb mixture, so they do taste different and don’t only differ from their brighter siblings in terms of color. So originally it was only differentiated between dry and sweet vermouth, but in the course of history color gradations have also been added. So now we’re usually able to obtain dry white (“extra dry”) vermouth and the more sweetish white (often called “bianco”), red vermouth, amber colored or golden vermouth and rosé vermouth. What a feast for caramel coloring! 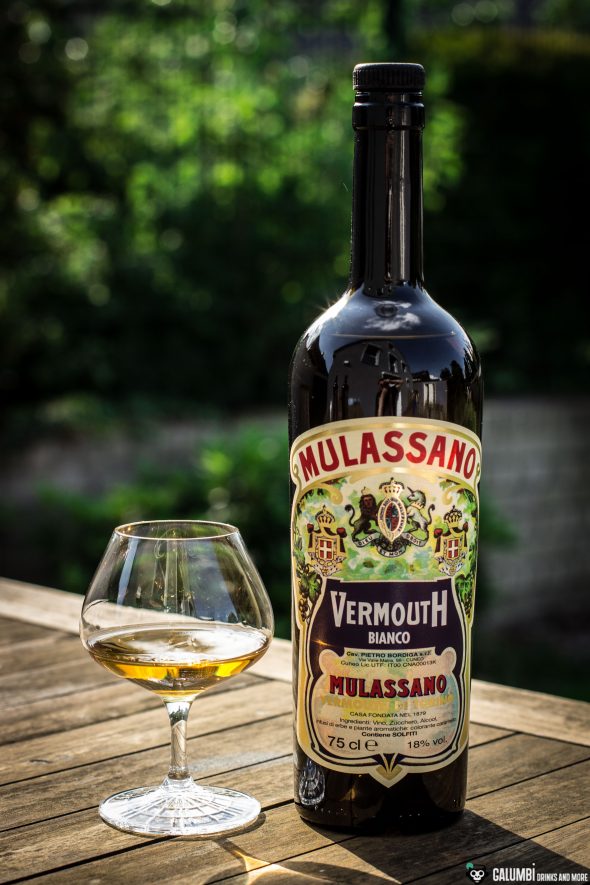 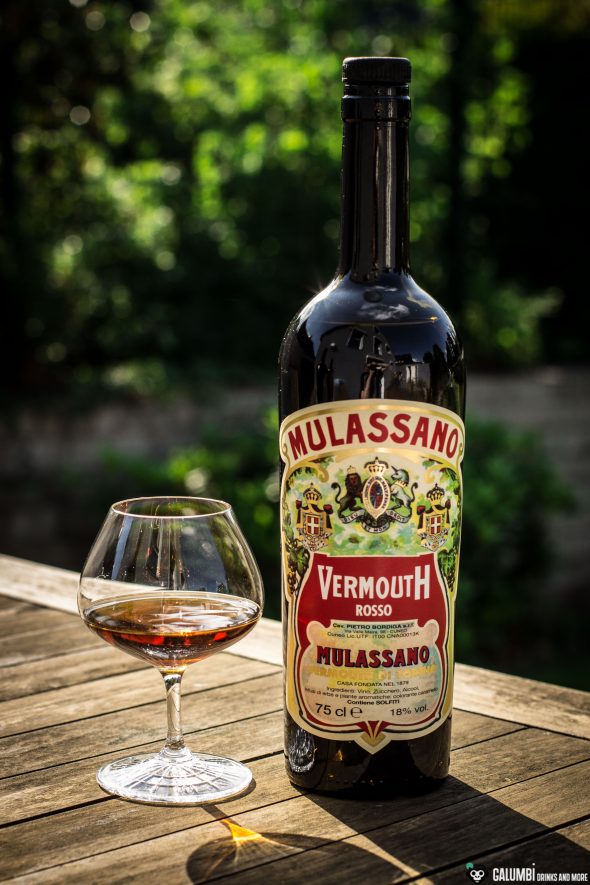 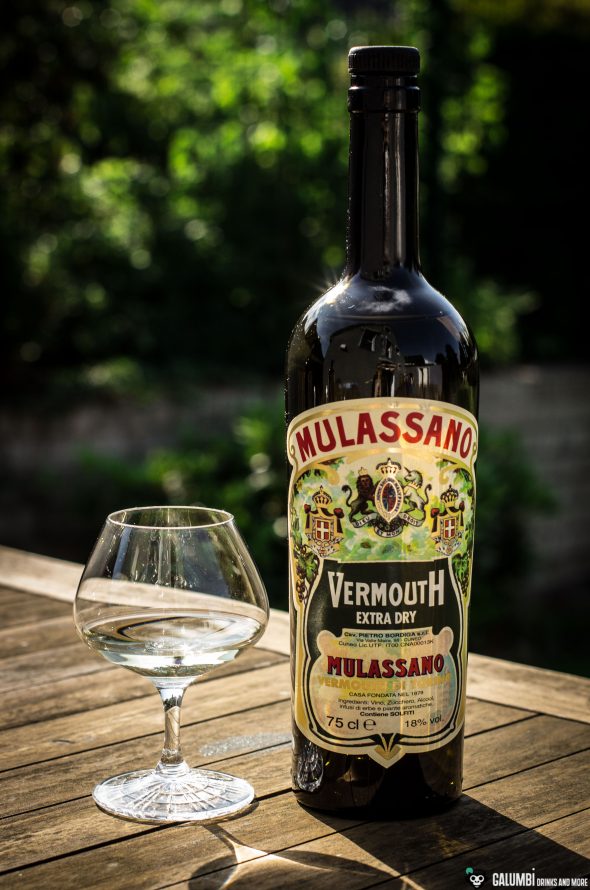 But enough of the basics, time to take a closer look on the actual bottles I want to show you today. The Mulassano Vermouths – as the name might reveal – come from Italy. From the northern Italian city of Turin, the capital of the Piedmont region, to be exact. And although they are a quite new release on the booming market for vermouths, the Mulassano Vermouths exist for much longer. At least this is the story that the manufacturer tells us. The Mulassanos come from a Café of the same name in Turin, which is a gastronomic institution of the city. Located at Piazza Castello, the café has been a popular meeting place for intellectuals since 1879, and the people love to enjoy the café’s own vermouths. They go back to an old recipe of the café’s founder Amilcare Mulassano, who created his vermouth together with the master distiller Pietro Bordiga. And now the owners decided to compete in the emerging world of cocktails.

There are three bottles of Mulassano vermouths: a red vermouth, a classic white one and a white “extra dry”. When it comes to vermouth, I am especially curious about how it will perform as an ingredient for classic drinks. So I have used the red vermouth in one of my alltime-favorites: the Negroni. The Extra Dry Vermouth has found its way into a classic Martini and for the Bianco I decided to mix Wayne Collins’ “White Negroni” with Suze, a bitter liqueur made from gentian roots (though I changed the quantities a little bit). Normally you would use Lillet Blanc for a White Negroni, but today, of course, the Mulassano Bianco is the vermouth of choice. 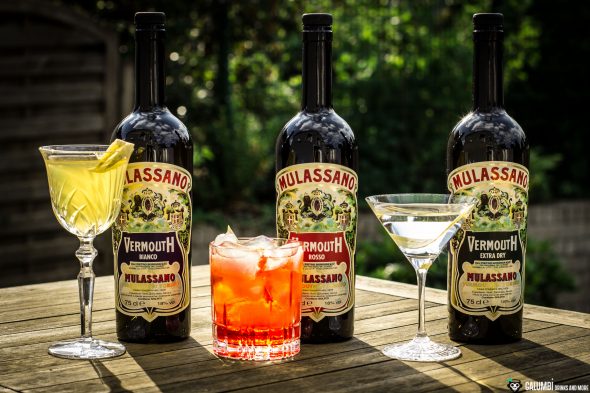 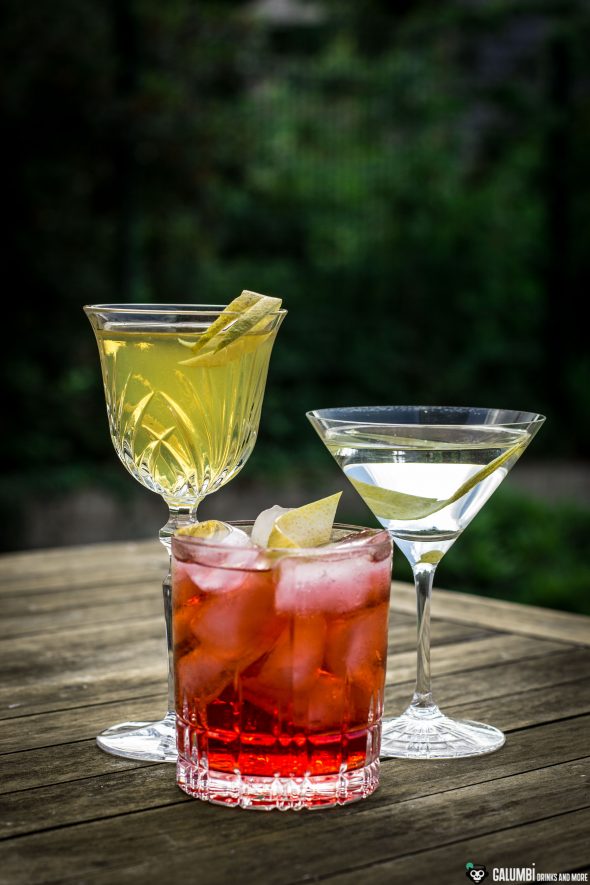 Well, if you choose to have the Mulassano vermouths neat, I think you won’t be disappointed. They are quite vinous and have maintained a certain degree of freshness besides their herbaceous notes. Even the Mulassano Rosso is not as heavy as I had expected. They rather impress with a skillful balance of lightness and herbal spiciness. The Mulassano Bianco also offers a nice honey sweetness, while the Extra Dry is clearly dry but still not among the driest representatives of its kind.

Above all, however, the cocktails are what vermouth is really about (at least if you ask me). In a Negroni the Mulassano Rosso cuts a fine figure, even if it won’t dethrone the Carpano Antica Formula as my personal favorite. Nevertheless, the Negroni comes with a fine body and a nice sweetness countering the bitter notes of the Campari, I really like that. For the Martini I opted for 6 cl of Cotswolds Gin and 2 cl of Mulassano Extra Dry and the result was a nice and refreshing representative of its kind. For Churchill that one would surely not have been dry enough and I also have experienced drier Martinis with these quantities of ingredients, but it is definitely a great Martini for the summer season since it turns out a bit more floral and even a little bit sweeter. Absolutely recommendable. 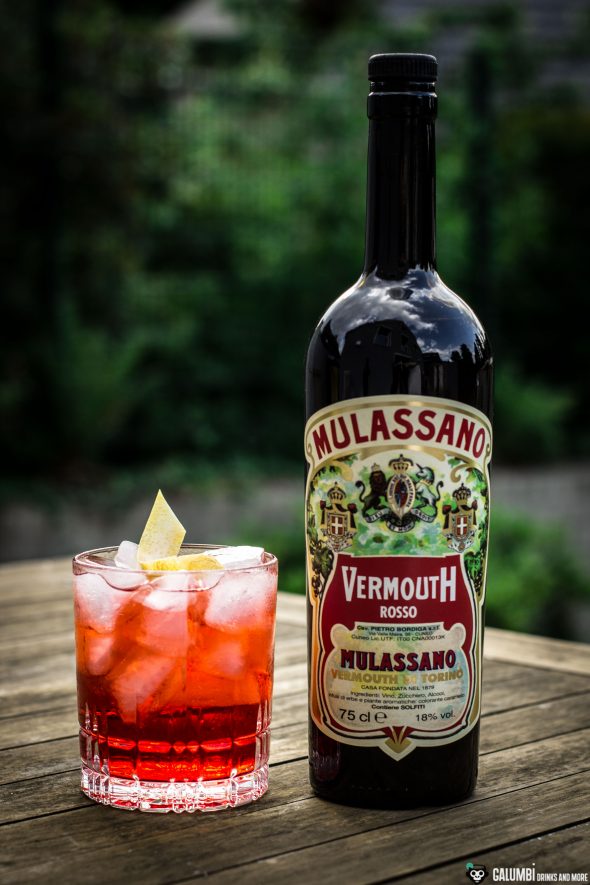 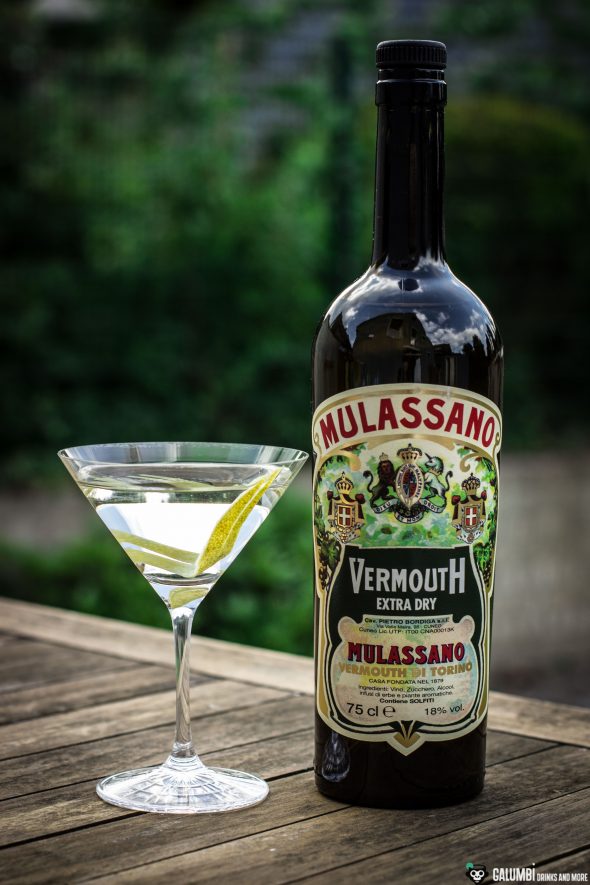 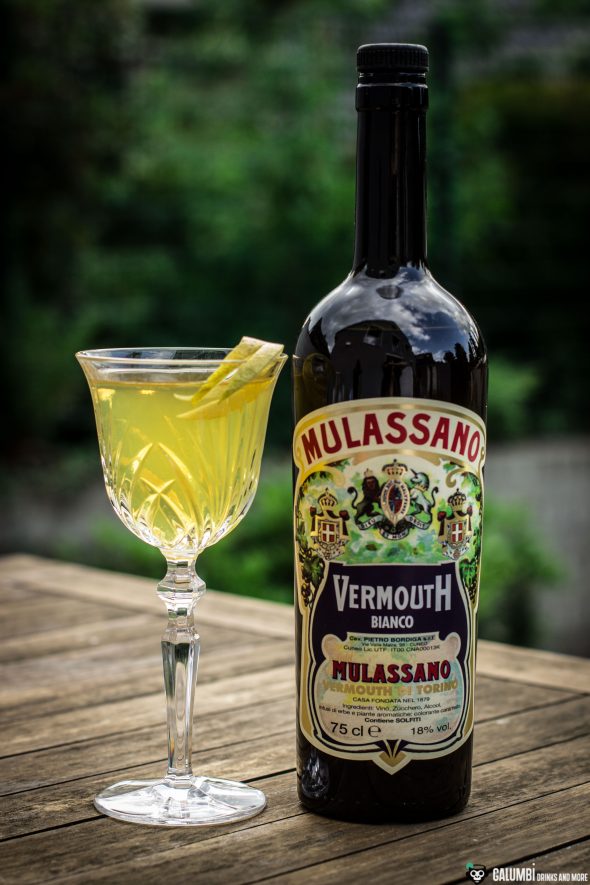 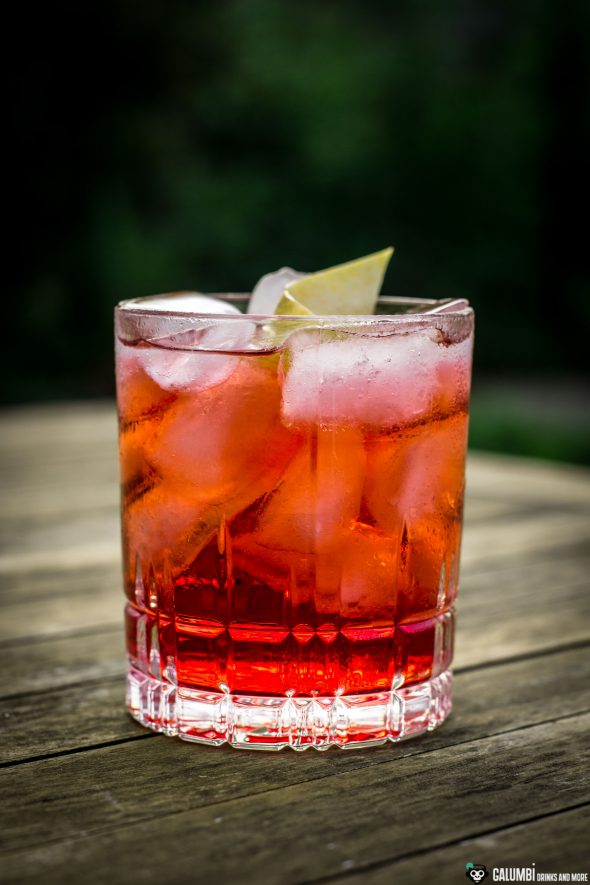 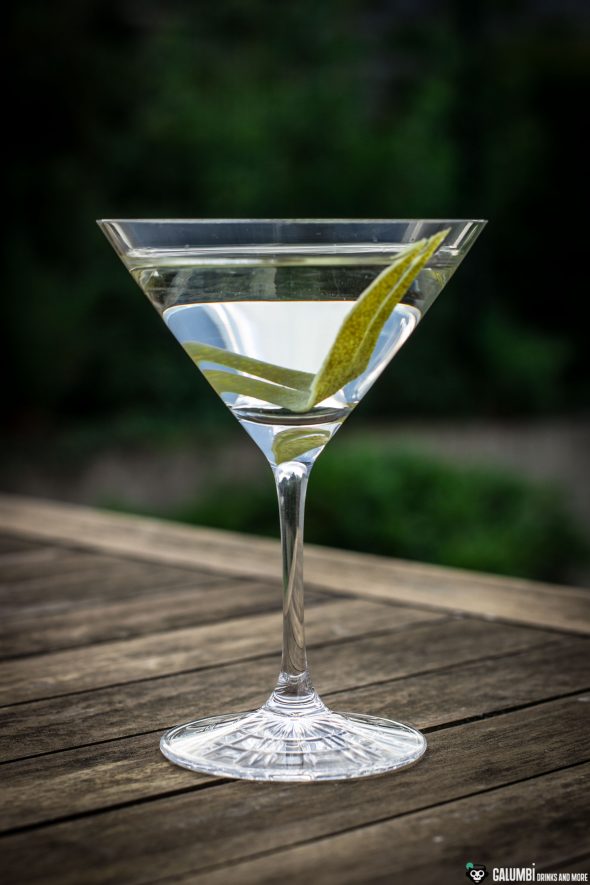 But my personal favorite is the Mulassano Bianco, which harmoniously blended with the other ingredients in Wayne Collins’s “White Negroni”. The very beautiful honey sweetness and its subtle herbal soul is the right choice for this drink. The White Negroni offers a spicy and slightly bitter flavor, which can be recommend to every friend of Negronis, especially during summer! I have changed the quantity ratios a bit in favor of the Mulassano Bianco, although that makes the White Negroni a little bit “more vinous”. 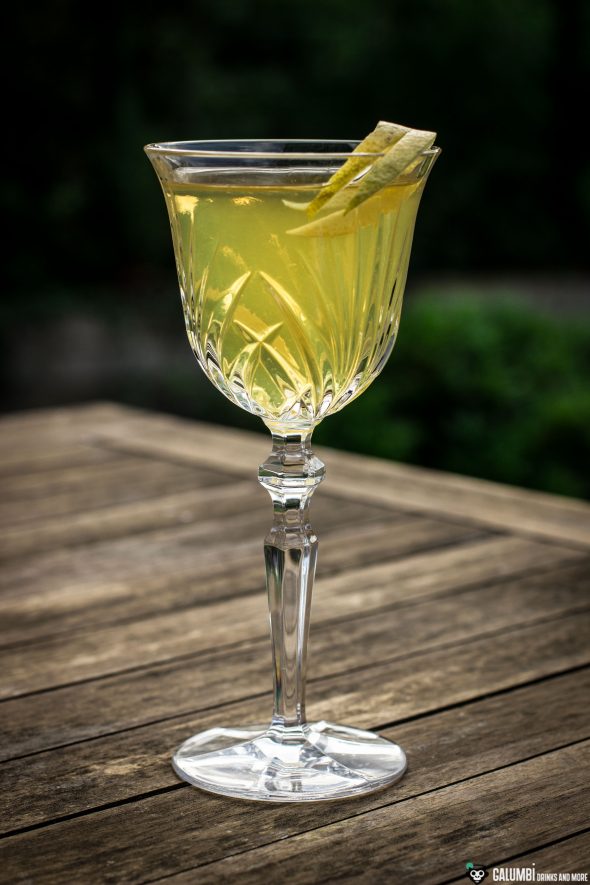 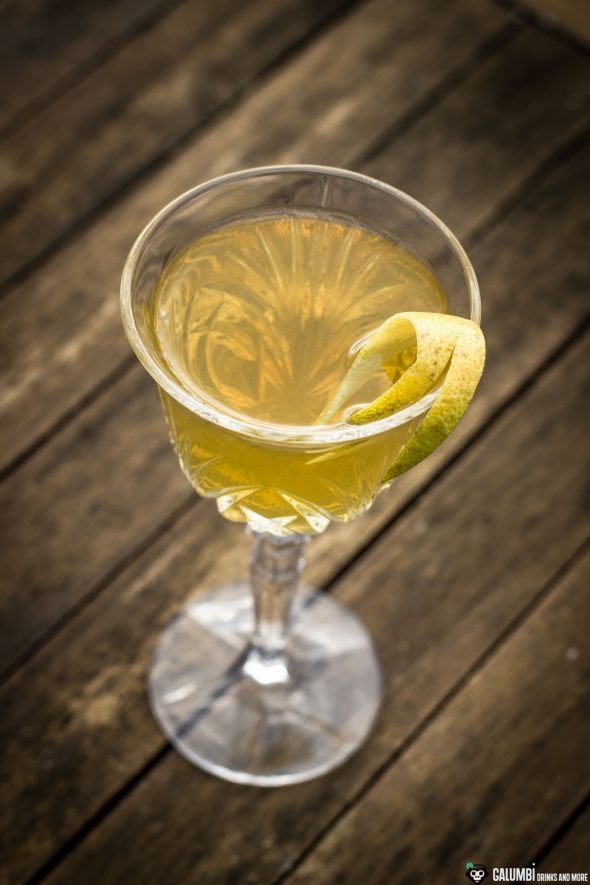 8 thoughts on “Pure Spirits: The Mulassano Vermouths, a Martini and two Negronis”