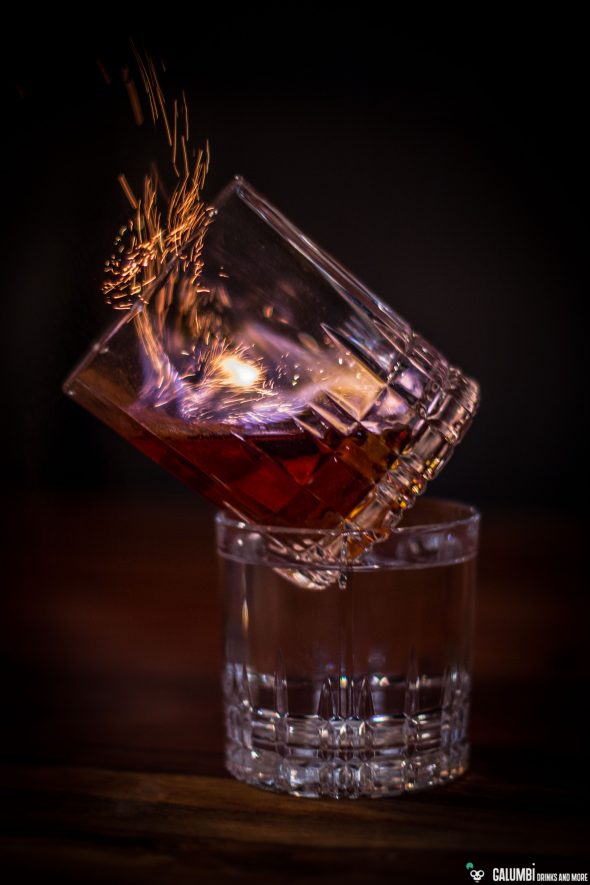 Admittedly, the cocktail I’d like to present today would have been the ideal topic for a Christmas related article, but usually I do not connect my articles strictly to certain occasions in the calendar. Well, since the real winter is just around the corner, this cocktail fits into this season nonetheless. It is a perfectly warming, pleasant-spicy taste experience, which inspires me every time I make it.

I am talking about the Brandy Blazer, which is basically a very simple cocktail. In itself, the Brandy Blazer is little more than a variant of the legendary Blue Blazer cocktail by “Professor” Jerry Thomas, whom he is said to have served for the first time in response to the request of a thirsty gold digger. A certain proximity to the Old Fashioned cocktail is also recognizable, which is hardly surprising considering the time of origin in the 19th century. In contrast to the Blue Blazer, however, for the Brandy Blazer you don’t have to “throw” any liquids back and forth between two tin cups, instead it is a bit more “civilized”. Nevertheless, the drink is also an eye-catcher. f

There are many variants of the brandy blazer and if you ask the Internet for a recipe, you’ll get quite different proposals. My personal favorite is the result of various attempts and a combination of various recipe versions I’ve got to know over the years. 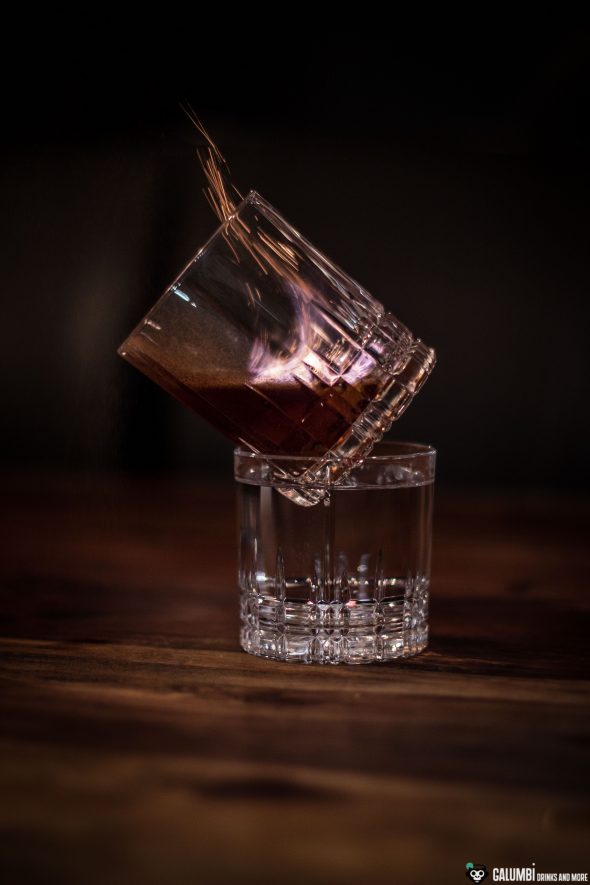 (Short note: If hot water is mentioned in the preparation notes below, do not use boiling but steaming hot water.)

Preparation: First fill a tumbler with hot water and place another tumbler on it at an angle, making sure that it sits reasonably stable (see pictures). Then add the brandy, curacao, sugar, bitters and – if using – the berries to the angular tumbler, spray in the oil of the zests and also add the zests. Now carefully turn the angular tumbler a bit so that it gradually gets in touch with the heat of the hot water without changing the angle. Now light the content of the tumbler with a lighter and “throw” in the pinches of cinnamon. Nice looking sparks will emerge while at the same time the drink is seasoned. Now add about 2 to 3 cl of hot water, watch out as more flames will rise. Carefully remove the tumbler from the tumbler filled with the hot water (be careful, it is relatively hot now!) and stir  once with your bar spoon.

Garnish: nothing in addition to what is mentioned in the preparation notes 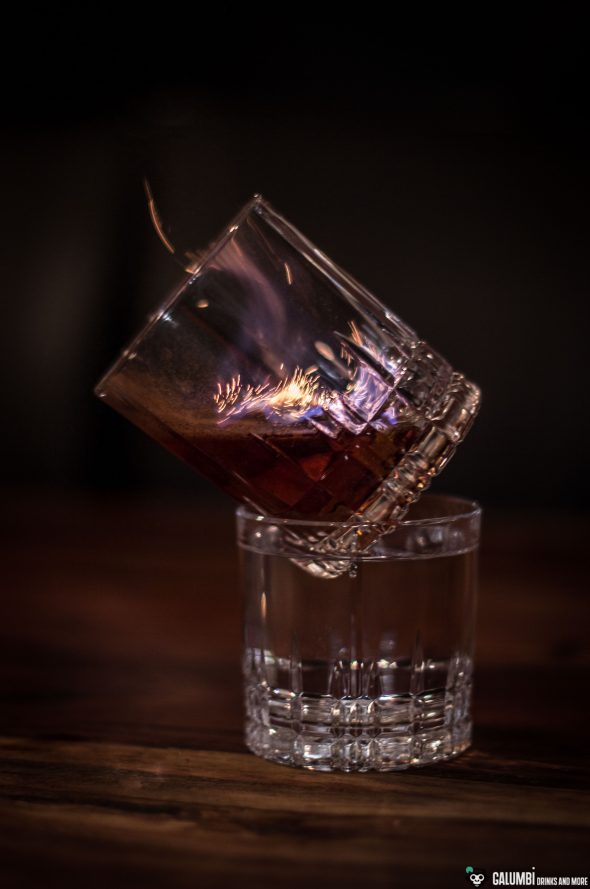 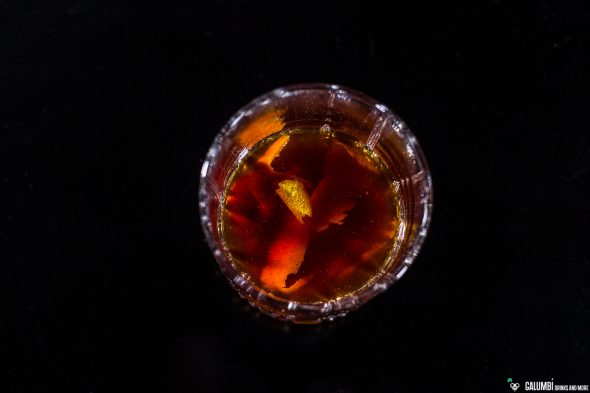