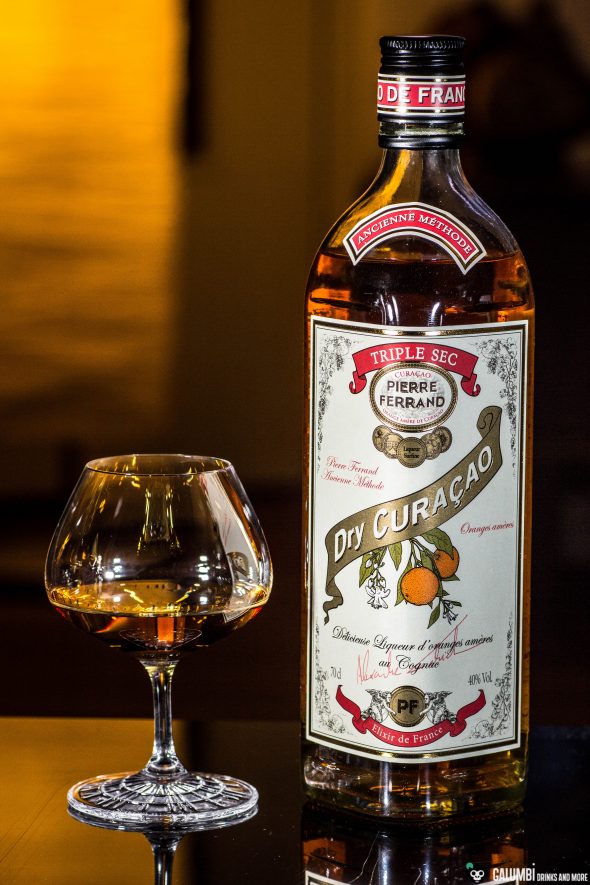 Before I start writing down words about the content of today’s bottle on the imaginary paper, it is certainly useful to make a brief excursion into the world of terminology. Unfortunately in the wide field of orange liqueurs there is quite a mix of brand names, generic names, regional designations and manufacturing differences. And if you even should intuitively have asked yourself why the bottle of “Dry Curacao” in the picture is not blue, you should continue reading very urgently.

It all started on the Caribbean island of Curaçao (who would have guessed?), where after the colonization by the Spaniards oranges were cultivated, which, however, did not grow there in the way desired by the colonialists. Over the years some of these cultivated orange plants have become wild, resulting in a new variety of bitter oranges on the island with the beautiful botanical name Citrus aurantium currassuviensis, Laraha orange or simply Curacao orange. At some time in history the peels of these oranges were put into alcohol and the “Ur-Curacao” was born. An increased demand for orange liqueurs – such as Curaçaos – arose during the 19th century especially in France and with the Combier Triple Sec in 1834, followed by Cointreau and Grand Marnier, still established famous brand names saw the light of day. The French term “Triple Sec” can simply be translated to “triple-dry” and in the course of that time it became a term for such orange liqueurs. Cointreau originally also had the additional description “triple sec” on its label, but later it was deleted by the manufacturer for marketing reasons to be perceived as a more independent and unique brand. The orange liqueurs are also made on the basis of different spirits, Grand Marnier for example is famous for its Cognac-based “Cordon Rouge”, while Cointreau relies on clear alcohol.

A big problem back then and now: neither the term “Curaçao” nor “Triple Sec” is a protected quality designation or PDO (protected designation of origin) and so throughout the course of history a huge amount of varieties and brands emerged. Today one can often not be really sure which Triple Sec someone had in mind when a special cocktail recipe refers to “Triple Sec” or even “orange liqueur” (instead of a specific manufacturer name). Because many Curaçaos (also called “Orange Curacaos”) are no longer made in Curacao, the name can at best only be understood as a historically connoted concept. In order to be able to distinguish itself and to offer an authenticity feature, Curacao made in Curacao is now sold as “Curacao of Curacao”. So now there is still the thing with the blue color. The explanation for that is quite simple and not very spectacular: Especially during the second half of the 20th century the international cocktail culture was at a kind of low point and the global demand for good drinks was quite bad. So people started to sell a blue-colored curacao which is nothing more than actually only a colored variant of an orange curacao. Due to the lack of a legal framework for Curacaos, a lot of those blue colored liquids are unfortunately rather bad. Nonetheless the marketing gag worked in a way, which can be easily recognized by the fact that almost everyone knows Blue Curacao. In the meantime Blue Curacao is widely regarded as frowned upon and is often only used in an ironical way. 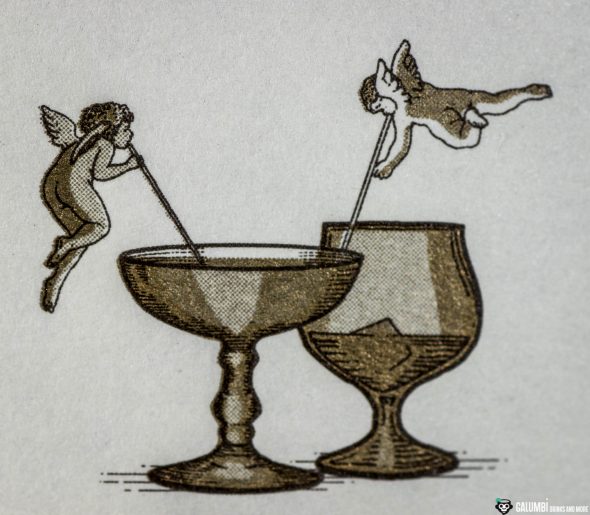 So, now I have spoken a little verbosely in order to present today’s product. It was awarded the title of “Spirit of the Year” by German Mixology magazine in 2013. So you probably already suspect that we are not dealing here with a representative of the qualitatively more questionable triple secs. The product I am speaking of is called Pierre Ferrand Dry Curacao. If you consider that the house of Ferrand is traditionally home in the cognac branch, you can already guess which direction the concept of Pierre Ferrand Dry Curacao takes. Like the Plantation Pineapple Stiggins’ Fancy Original Dark, the Dry Curacao was designed in collaboration with renowned cocktail historian David Wondrich. For its production, a distillate from the genuine Curacao oranges was mixed with three herbal distillates, as well as brandy and Cognac from Ferrand. According to the manufacturer the basis for this is an old French recipe from the 19th century. The name “dry” promises to be quite programmatic, of course. The Dry Curacao is bottled with 40% ABV.

As a cocktail ingredient the Pierre Ferrand Dry Curacao is of course an ideal product and there are plenty of possibilities for using it. The legendary Pegu Club cocktail is certainly one of the first drinks that I am thinking of and therefore I will also present this drink here in the next days. But now let’s take a closer look on the Pierre Ferrand Dry Curacao itself. 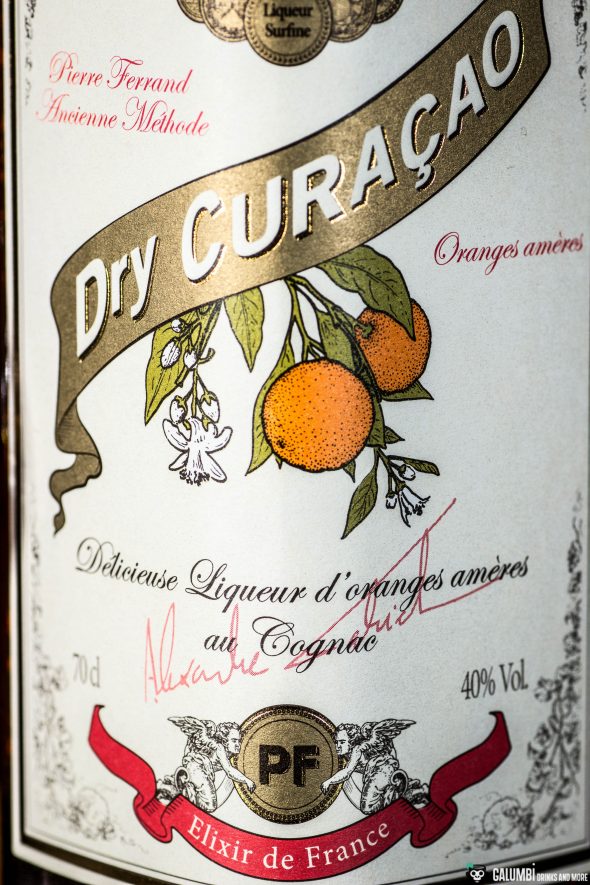 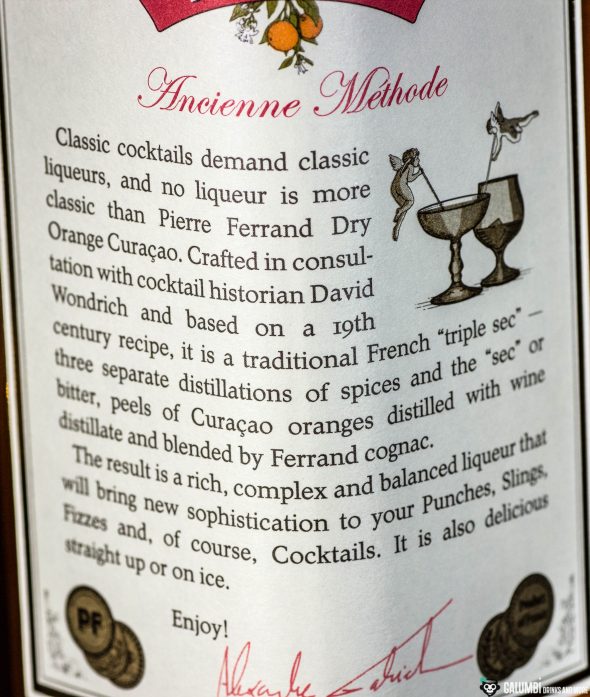 Aroma: A very intense scent of spicy orange peels rises immediately. The smell is very complex and you continuously discover new facets. Bright and light orange blossoms, spicy peels and a sweetness like that of candied orange pieces are underlined by fine herbal notes which are then framed by subtle flavors of cognac and oak.

Taste: A truly great flavor of the multifaceted world of oranges: a heavy sweetness blends with spicy bitterness. Again there are light herbal tones, some honey, actually bitter almond and fine cognac in the background. A nice dryness marks this Curacao / Triple Sec.

Buying sources: At specialized retailers or online. A 0.7l-bottle costs between 20 and 25 euros.