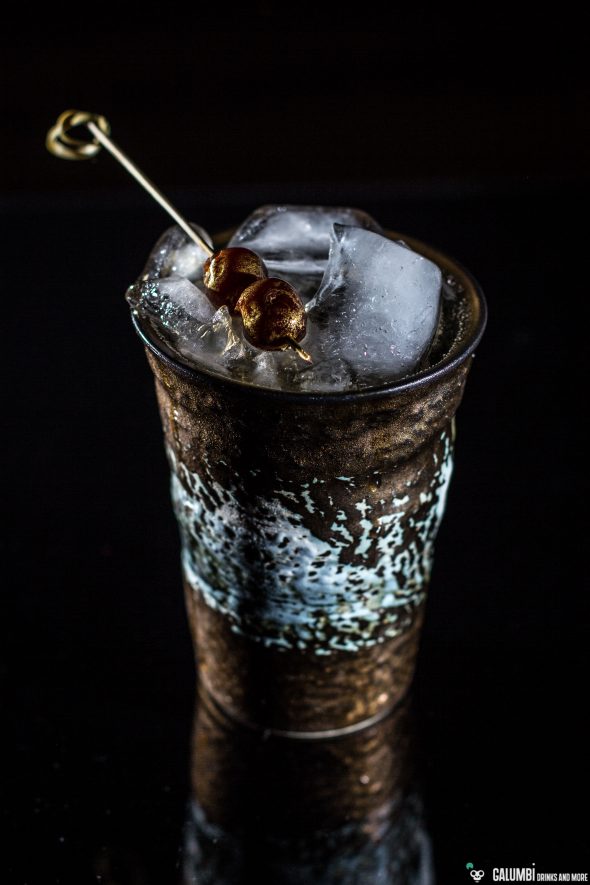 First I’d like to say sorry to all of you who have been waiting for a new article here on the blog during the last days. I was simply not able to continue writing new articles because I was sick. But shortly before Christmas it is getting a little festive here, at least if it comes to the visual appearance of a product. I would once again like to write a post on the topic of Japanese Umeshu, which is about a very special Umeshu indeed. And even if it may remember a bit of a notorious European herbal liqueur, it has very little in common with this one. (provided test product)*

The Choya Umeshu Gold Edition impresses with a very noble appearance and from the very beginning it is exactly this impression the manufacturer wants to trigger: a beautiful, flower ornamented golden packaging with recognizable Japanese aesthetics indicates: we are dealing with something special here. If you take a closer look on the beautiful, round glass bottle you will notice that Choya is really serious about that noble thing because in the Umeshu there are fine gold flakes floating around and shimmering in the light. 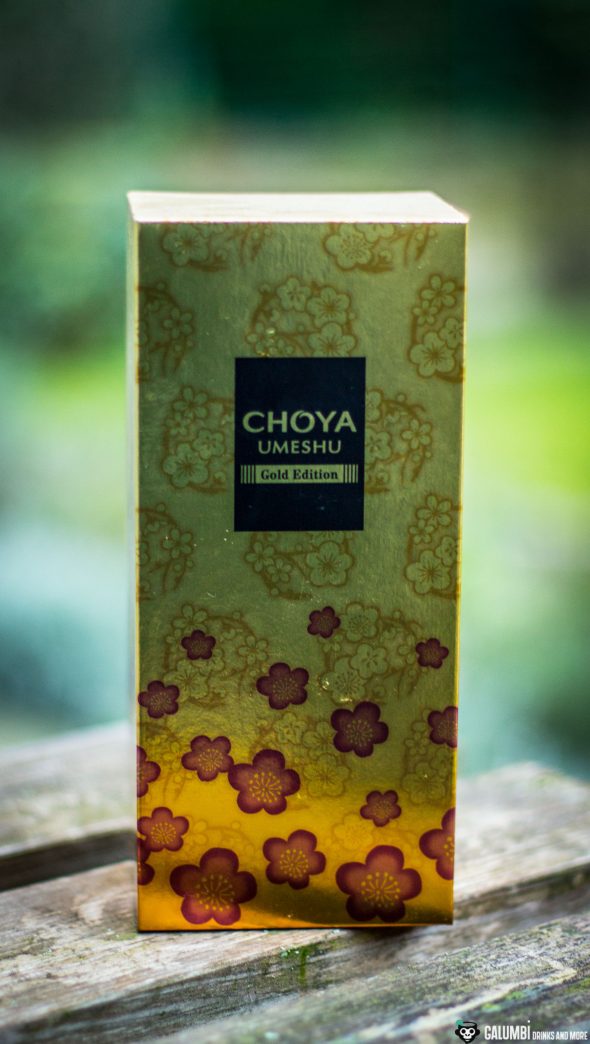 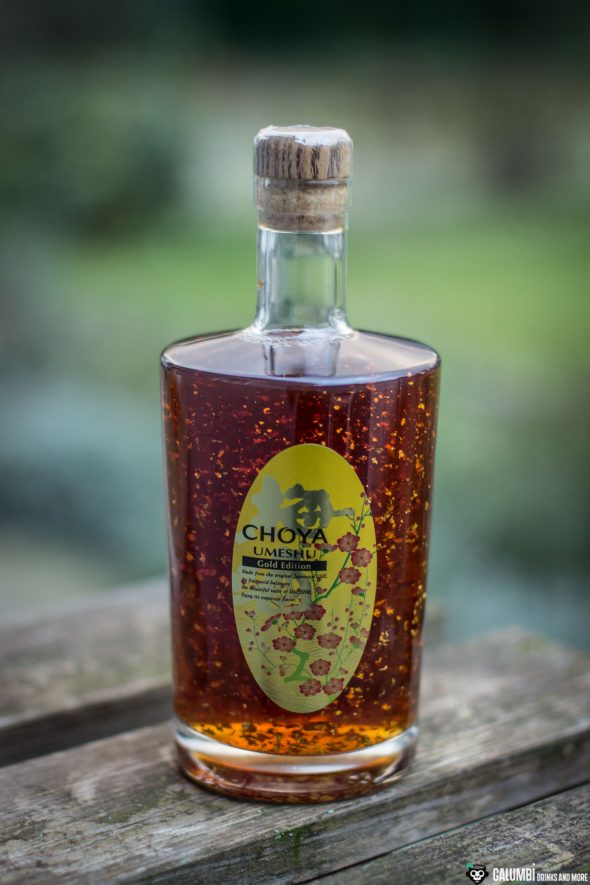 The desired effect to characterize this spirit as particularly noble and classy is obvious at this point. One may argue that the idea with the gold flakes could be interpreted as a bit stale. When I wrote about the Goldjunge Gin I already drew the comparison with the famous Gdansk gold water (Danziger Goldwasser) and that particular liqueur surely does not necessarily have the reputation of being the noblest of all the spirits out there, but when judging about the Choya Gold Edition you should also keep some cultural differences in mind. Anyone who has stayed in Far Eastern countries for quite a while will not have failed to notice that color perceptions play a much greater and very different role from what the European point of view is used to. Gold, in particular, receives a great amount of respect in a variety of liturgical and general aesthetic contexts. In addition, it is considered a digestible ingredient in medicines or meals, so there are many beneficial effects attributed to gold in general. In this respect, anyone who might be rolling eyes considering the floating gold particles should at least be advised considering a somewhat more cultural-sensitive point of view. In addition to that, it should be mentioned that in comparison to the Goldjunge Gin or the mentioned Gdansk herbal liqueur there is a much higher density of gold inside the Choya Umeshu Gold Edition. 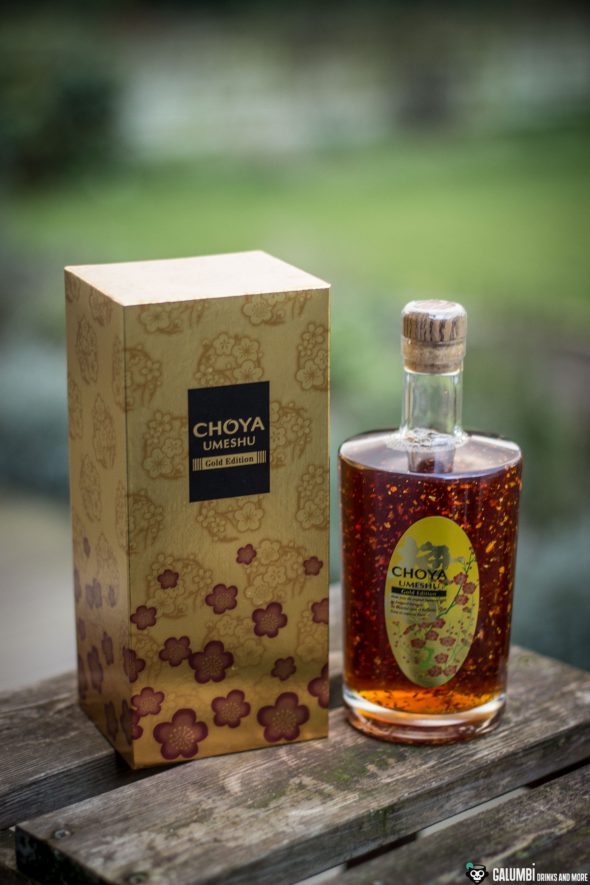 The Choya Umeshu Gold Edition is not only intended to convey a noble look, but in terms of content we are dealing with the premium flagship of the Umeshu range of the Choya brand. What exactly Umeshu is, how it is produced and the like, I don’t want to list here separately again, but instead recommend you to have a look on one of my earlier articles about the matter. For the Choya Umeshu Gold Edition, the manufacturers blended high-quality matured Umeshus with French brandy and selected only particularly magnificent Nanko Ume fruits. Anyone who does not give a thing on phrases like “particularly magnificent fruits” should once again consider a Japanese point of view. Who has ever been to a Japanese supermarket will most likely have seen for example a melon wrapped with a golden ribbon for the price of about 120 euros and therefore know that Japanese people can be really serious when it comes to the quality of certain fruits. 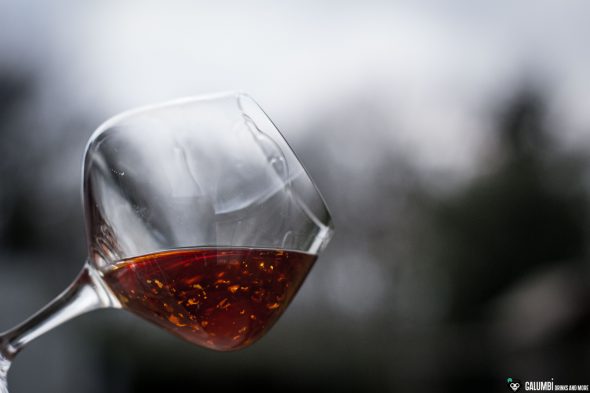 Aroma: A pleasantly sweet aroma of fully ripe plums and honey. Wood tones and some caramel are rising to the nose. Dried fruits, compote and subtle citrus tones round off the overall picture after some time. A very complex, seductively aromatic impression that makes you want to go for the first sip.

Taste: Also on the palate the Choya Umeshu Gold Edition can keep its promise of quality. The fully ripe plum combines beautifully with spicy notes and a very rich sweetness of honey, caramel and subtle roasted almonds (probably due to the brandy). Again, citrus tones and a floral background appear. In fact, this is by far the most complex of the Choya Umeshus that I have tasted here on the blog.

And since we are dealing with such a classy beverage and this article is also published at the allegedly most festive time of the year, I also opted for a particularly festive champagne cocktail in which I used the Choya Umeshu Gold Edition. I was inspired by the Prince of Wales cocktail, which I’ll also introduce here in good time. The Umeshu is joined by a little Spanish brandy (to catch up with the brandy notes of the Choya Umeshu Gold Edition), a little Benedictine, a hint of Yuzu and Bitters. A great, fully-aromatic cocktail, which I can definitely recommend not only for Christmas (even if it is not as genuinely Christmassy as for example the Chocosnaps med Klementin, it is nonetheless a proper cocktail for Christmas Eve). And because this prince is not from Wales but clearly from Japan, the drink is called “Chrysanthemum Prince”. 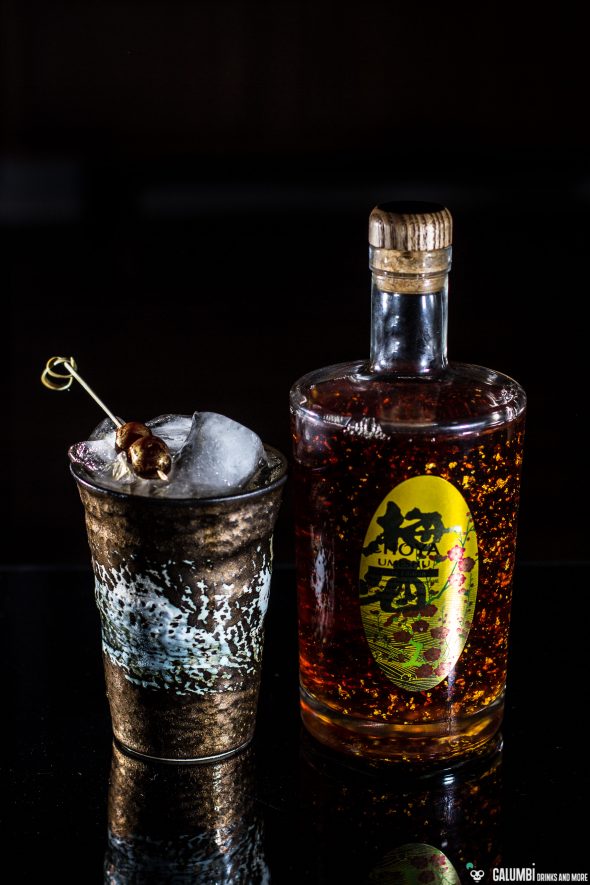 Preparation: Add all ingredients except for the champagne to a silver cup filled with ice cubes (or a Japanese clay cup), stir briefly and top off with champagne.

Garnish: two Griottines cherries and a gentle spray of golden food coloring on top of the drink 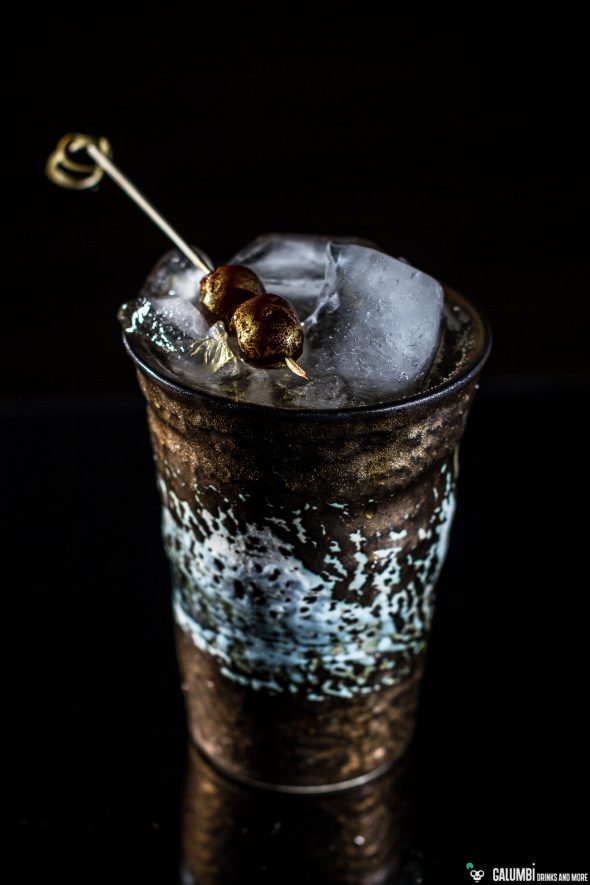 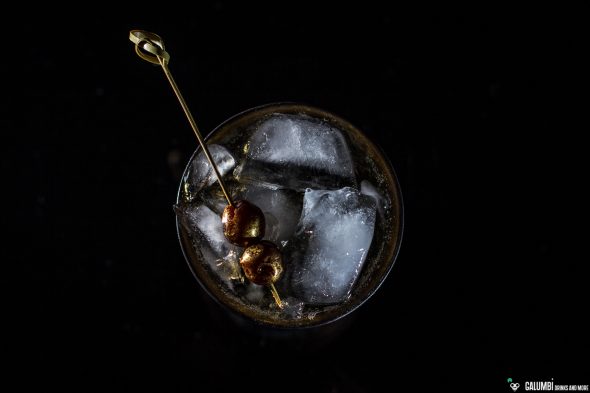