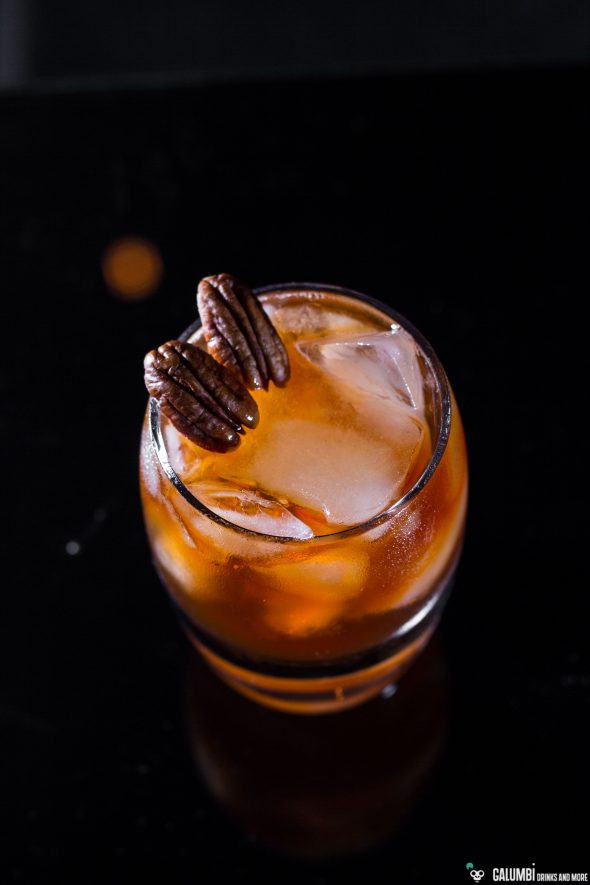 Anyone who is not a passionate farmer or a specialist for various types of grains will not necessarily have come into contact with the term “triticale”. Although you might have heard about it here and there, it is not necessarily a topic that makes a lot of people enthusiastic. But why am I writing about it and what does it have to do with whiskey? (provided test product)*

Well, Triticale is essentially a crossing of wheat and rye. The name derives from a combination of the botanical names Triticum aestivum L. (wheat) and Secale cereale L. (rye). Wikipedia reveals that triticale was invented mainly to combine the undemanding nature of rye with the quality of the wheat. It was first developed in Scotland in the 19th century. So far so good. If you now consider that triticale is cultivated in relatively vast amounts all over the world, it is almost something like a miracle that so far it was not prominently mentioned in connection with grain spirits. And this is exactly where today’s comes into play. 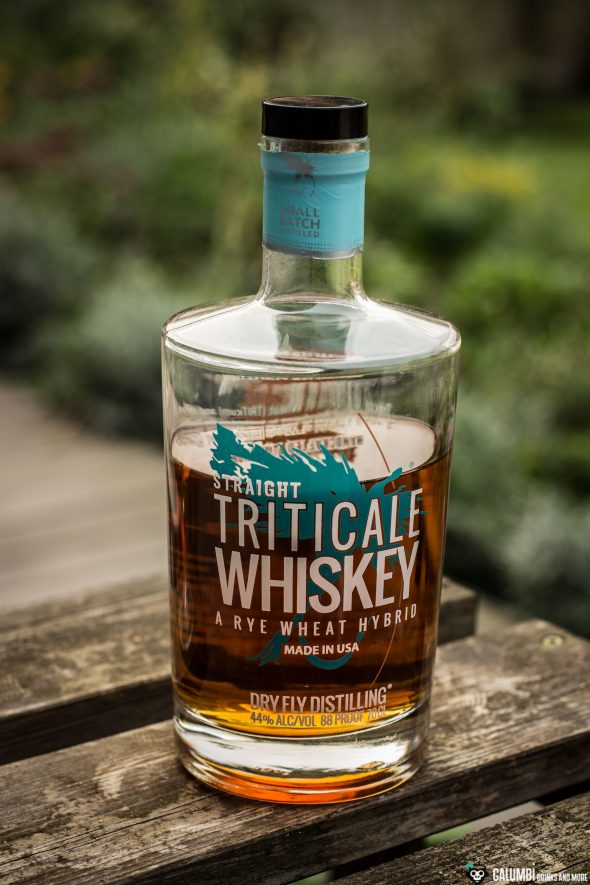 The Dry Fly Straight Triticale Whiskey is produced from this wheat and rye hybrid and is therefore a very special one. Like the other Dry Fly Whiskeys (which I have presented here, here and here), the Dry Fly Straight Triticale comes from Washington State. It was allowed to mature for three years in American oak barrels and was created with the aim of producing a whiskey which, in the beginning, should meet the spicy characteristics of a rye whiskey, but should offer the soft and mild finish of a wheat whiskey.

Well, how does such a whiskey really taste? I’ve tried it and here is what I’ve recognized. 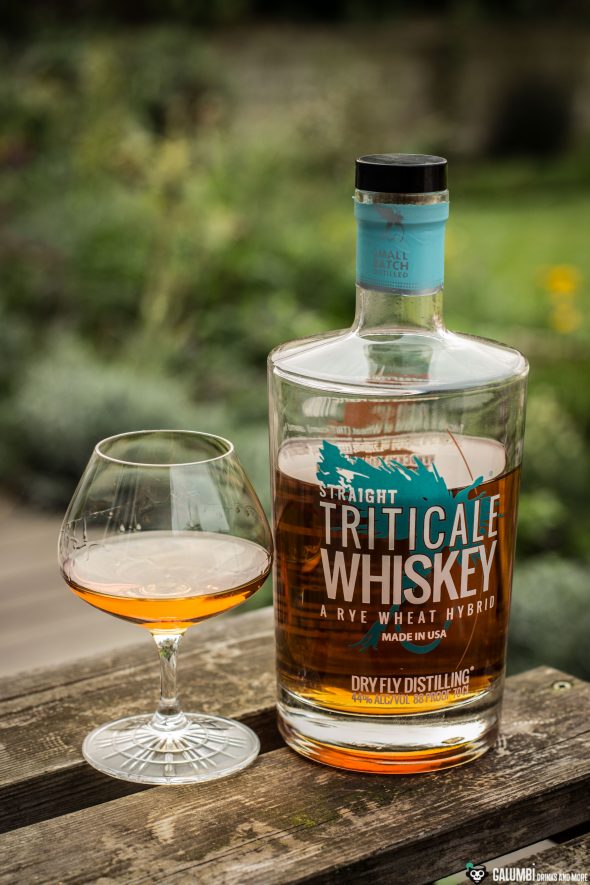 Aroma: On the nose, the Dry Fly Straight Triticale Whiskey resembles a rye whiskey rather than a wheat whiskey. It shows a fine vanilla and oak notes from the barrels which combines with a potpourri of spices. Pepper, nutmeg, cinnamon, a hint of sandalwood and also some candied ginger. A more than interesting first impression!

Flavor: The Dry Fly Straight Triticale Whiskey actually keeps what it promises. The flavor of a rye whiskey cannot be denied, the impression of pepper, nutmeg and cinnamon is confirmed. A nice sweetness of caramel and a soft, pronounced vanilla come through after some time.

Finish: actually surprisingly soft, but with oak notes, spices and some malt. A great, multi-layered and unusual American Whiskey that triggers the desire for another sip! 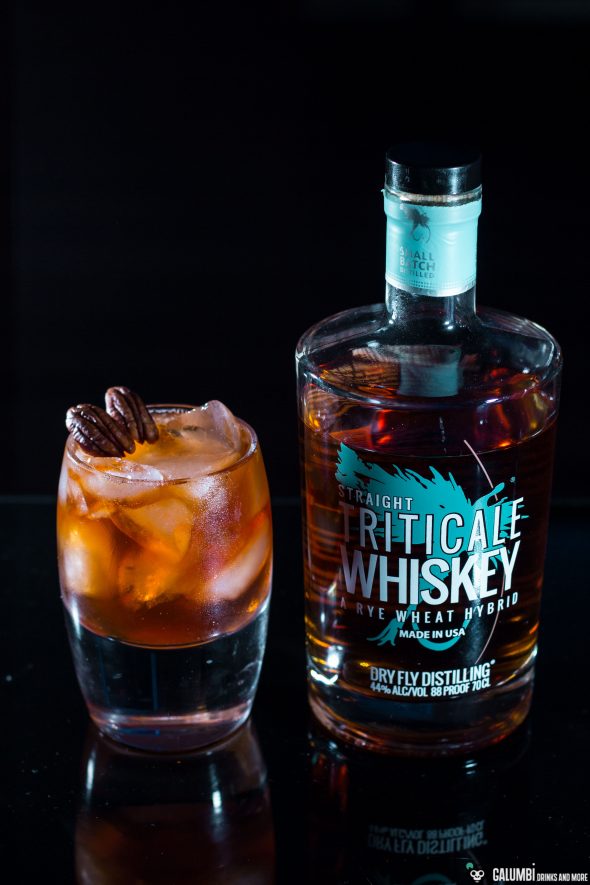 Of course, the question arises how such a whiskey can be used in a cocktail. Mainly because of its quite special interplay of spices and mildness. Therefore I wanted to create a cocktail which leaves enough space for the characteristic essence of the whiskey. So finally I decided to opt for a twist on an Old Fashioned. The combination of Dry Fly Straight Triticale Whiskey and an infused Rhum Agricole may seem strange at first, but it works very well here! It is once again a nice autumn cocktail, which absolutely fits the current season. The combination of liquid syrup and a sugar cube may seem strange, but basically it makes sense. I sometimes use a sugar cube for an Old Fashioned (unlike the recipe in my article on the Old Fashioned) that I first soak with Angostura Bitters (that’s the way I learned to love the Old Fashioned by Chris McMillian). It simply offers the advantage of having less dilution in the cocktail. Nonetheless there is a small amount of syrup in the drink, mainly because cinnamon syrup can be made simply in a pan, which is the only reason why I also used a liquid sweetener (and it is only a bar spoon). 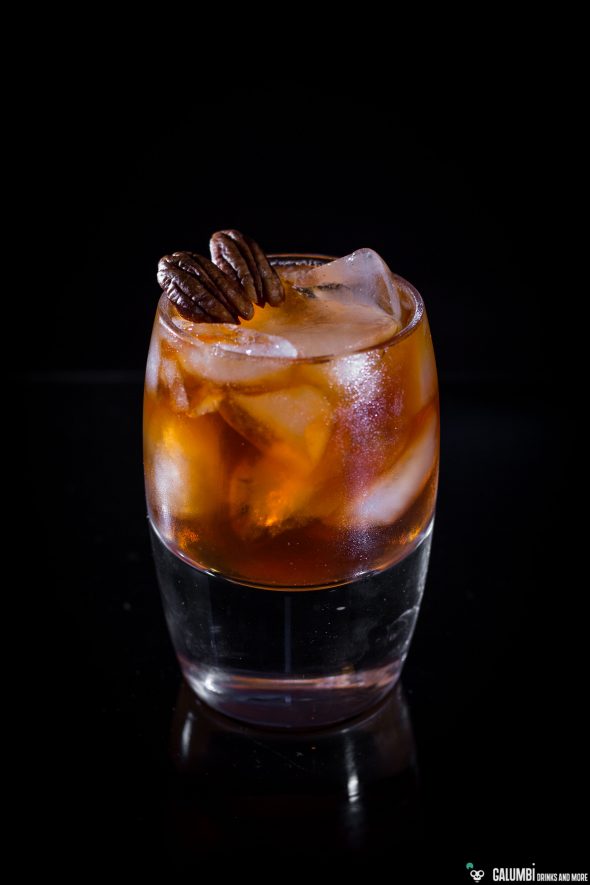 Preparation: First, place a sugar cube in a tumbler and soak with two to three Dashes of Angostura Bitters. Use your muddler to muddle until sugar and angostura bitters form a homogeneous liquid and the crystals are dissolved. Then fill the glass with ice cubes and add the remaining ingredients. Stir briefly. 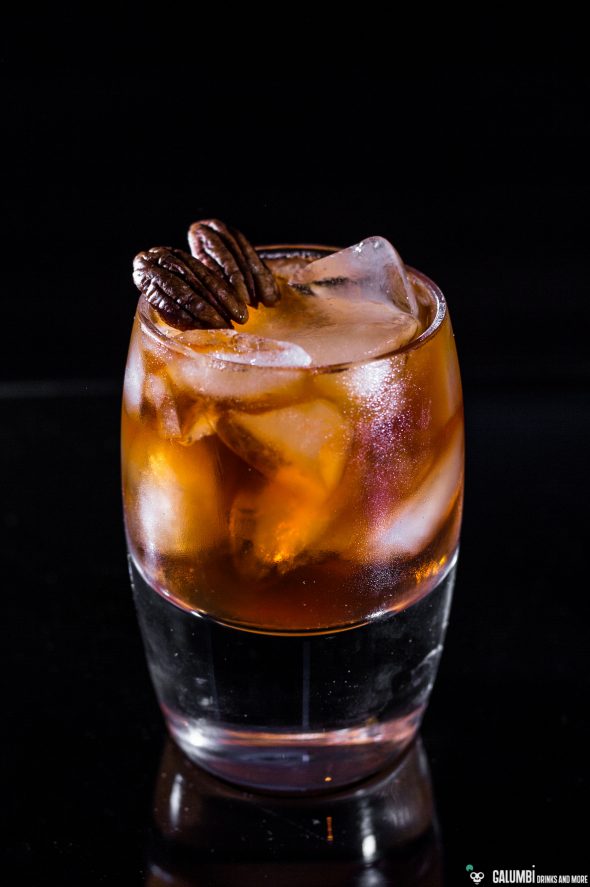 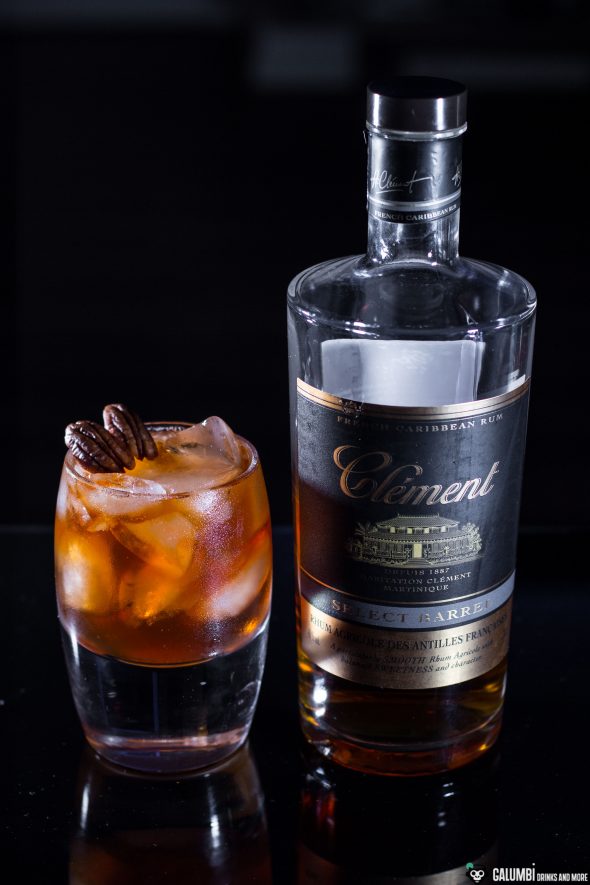 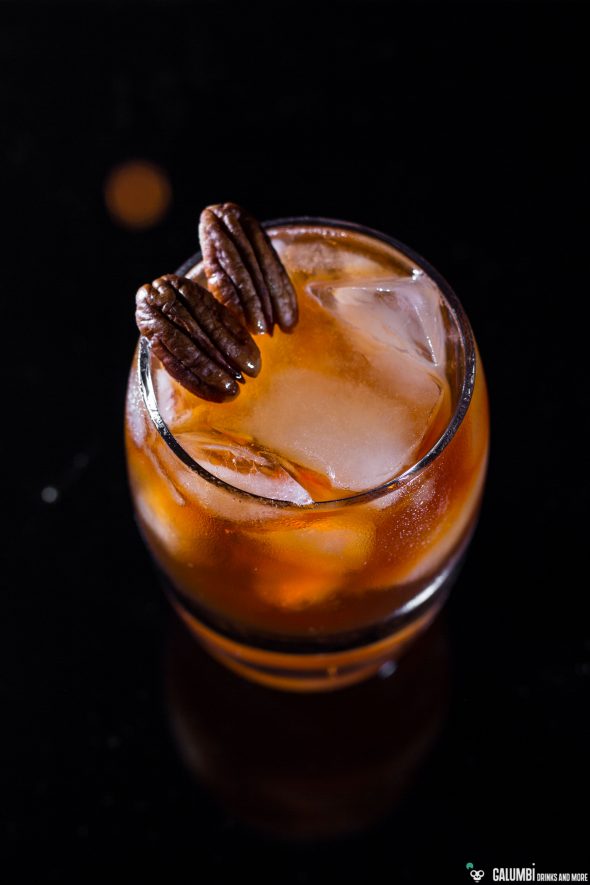 Buying sources: At specialized retailers or online. The Dry Fly Straight Triticale Whiskey costs around 65 euros and is bottled at 44% ABV.