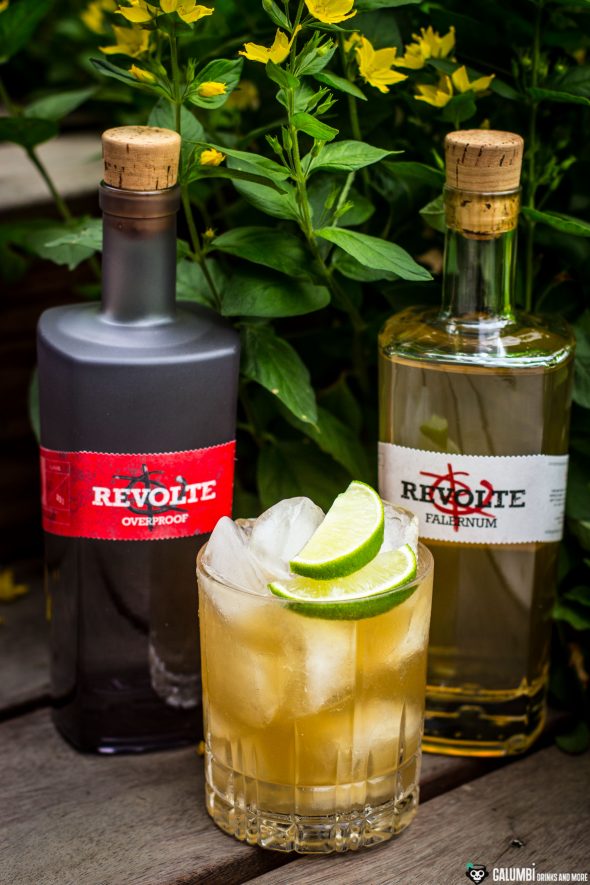 It is not very long ago that I have written about the Revolte Rum here on the blog. A rum that has caused quite a great stir in the German-speaking bar and cocktail scene. Now I am notorious for not really being a person who is directly up to date in terms of the hottest trends in bars and clubs but today I am all the more happy to be up-to-the-minute. Who now thinks I’m stupid to call an article about the Revolte Overproof Rum “up-to-the-minute” in July 2017 can calm down: I was not thinking about the Revolte Overproof Rum I am also writing about today but of the Revolte Falernum, which indeed is brand-new and which I bought last week. (provided test product)

But before that I would really like to talk about the Revolte Overproof Rum, which was kindly provided to me beforehand and which I have not yet payed attention to. But I can already tell you that it deserves this attention. About the background of Felix Georg Kaltenthaler’s Revolte series I have already written a few lines in my article about the Revolte Rum, so I can quickly come to a point today. In contrast to the regular Revolte Rum with its 41.5% ABV the Revolte Overproof now comes with 60% ABV, thus it is much more powerful. I’d like to drop the story about the gunpowder thing or about the different ways of calculating “proofs” in the UK and the United States today because I think that it has been told more than once (and I cannot even promise that I won’t tell it again myself here in the future). 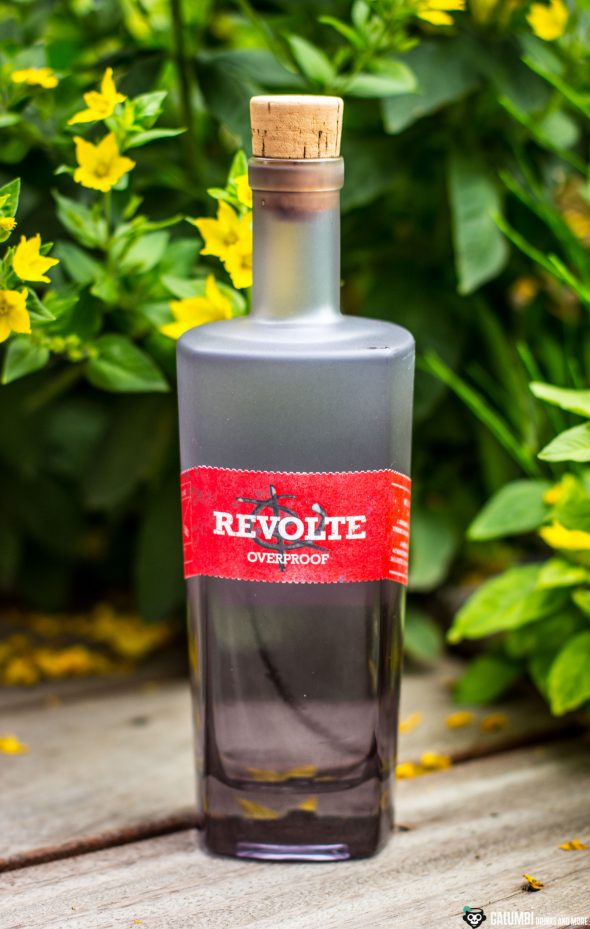 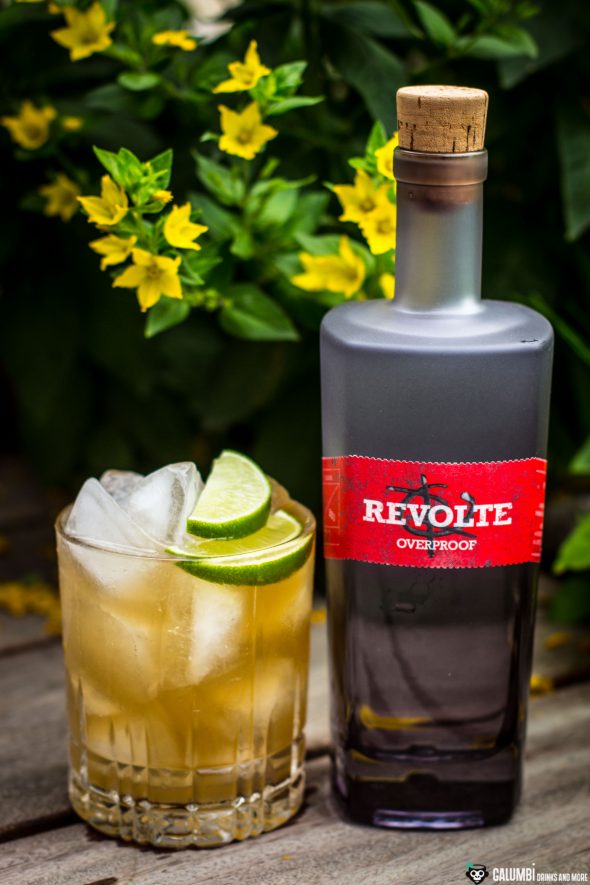 Aroma: The first impression reminds me of stewed fruits. Stewed rum fruits to be precise. Above all there are plums but also a touch of date or fig is recognizable. In addition to that there is a subtle hint of milk chocolate coming through after some time alongside fruity pineapple and some coconut water. Compared to the underproof Revolte Rum, the fruits appear darker and riper, which cannot very often be found in a non-barrel-aged rum, so this really sets a quality mark.

Taste: The alcohol by no means seems as strong as 60% ABV. Of course it cannot hide completely, but 60% are usually much more noticeable. A pleasantly smooth drinking experience conveys notes of dried fruits, pineapples, also some coconut and subtle spices. It is not as intense and fruity as the Revolte Rum, but rather drier and less impetuous, I am almost inclined to say “less rebellious”, but I do not like to attribute a rum called “Revolute Rum” that way.

Finish: very long and dry with spices and dried fruits 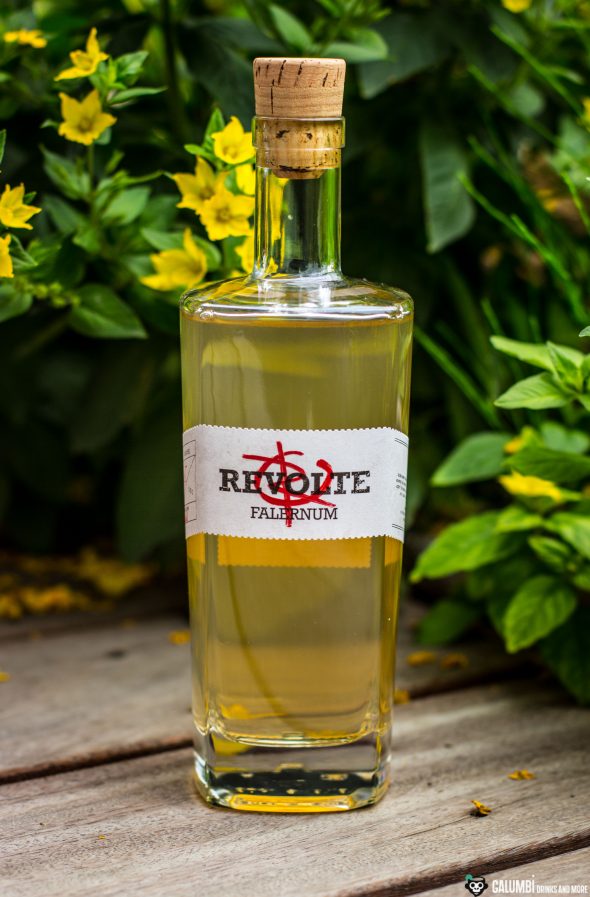 Based on this overproof rum, the Revolte Falernum is the brand-new member of the Revolte family. Falernum is currently experiencing a small upturn because in the course of an expanding consciousness for good drinks and bar tradition, the Tiki culture is also increasingly losing the bad image it temporarily had (mainly during the 70s, 80s and 90s). A Falernum is basically a spice liqueur on the basis of rum which is usually not really meant for having it neat but rather as a syrup. There are also completely alcohol-free variants of Falernum which are only to be regarded as pure syrups. So far, I have mostly worked with Velvet Falernum and even though I have not had the idea to enjoy a Falernum neat, I spontaneously decided to try the Revolte Falernum that way in order to share my tasting notes. It is made with lemon verbena, pandan (an Asian herb), ginger, allspice, cinnamon and cranberries and its 24% ABV are quite impressive for a Falernum .

Aroma: On the nose there are fermented fruits with a distinctly herb-sweetish impact, familiar aromas of the Revolte Overproof Rum rise up. There is an unmistakable ginger, associations of pineapple barks and a distinct camomile tea with spices.

Taste: Sweet, fresh citrus with a certain sharpness of the ginger, honey notes and spices. Again, the rum base cannot hide. A very pleasant taste experience, I like it very much and it much fresher, fruitier and also tarter than I know it from other Falernums. 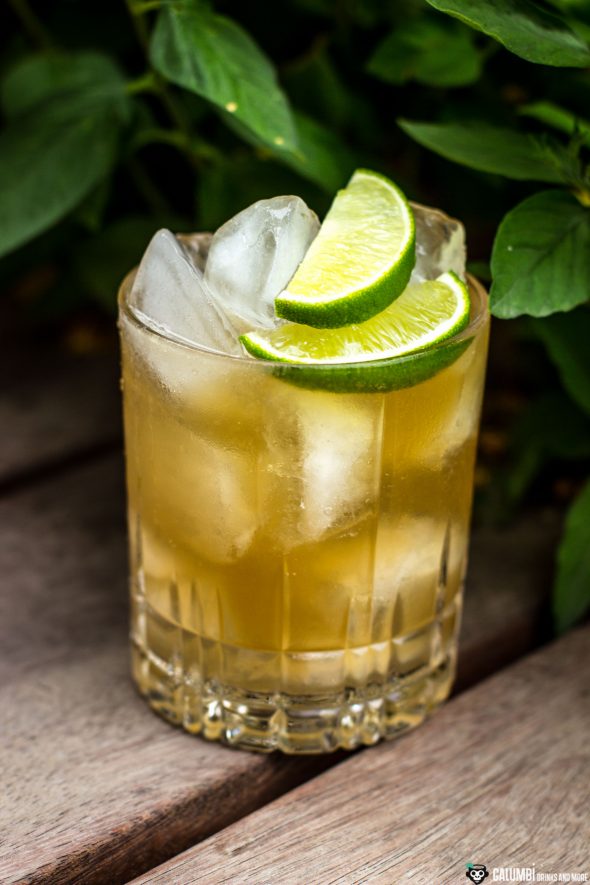 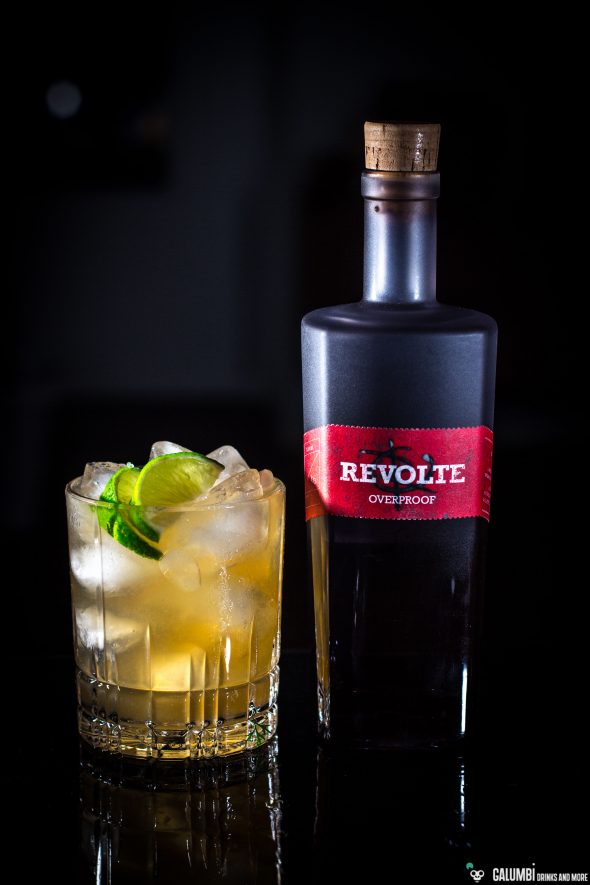 Well, if you have a white overproof rum and a falernum in your hand, thoughts are drifting quickly towards a drink which you can onfidently call a modern classic: the Ranglum. Invented by Berlin Bartender and now owner of the really very recommendable and exciting Buck and Breck bar, Gonçalo de Sousa Monteiro, the Ranglum is a very harmonious combination of these two ingredients in combination with lime and dark rum. Considering this rather simple list of ingredients it is a little bit wondrous that this drink is a child of the 21st century. I first came upon the Ranglum through a video about the Hamburg Le Lion Bar in which Torben Bornhöft (today one of the authors of German cocktail blog Trinklaune) was still working at that time. I have implemented the video below. The name of the drink is a combination of the word Falernum and the name of the Jamaican jazz musician Ernest Ranglin, whose music was playing when de Sousa Monteira first made the cocktail. And be aware: the Ranglum is damn strong, so enjoy with caution!

Preparation: Shake all the ingredients vigorously on ice and pour into a glass filled with fresh ice cubes. 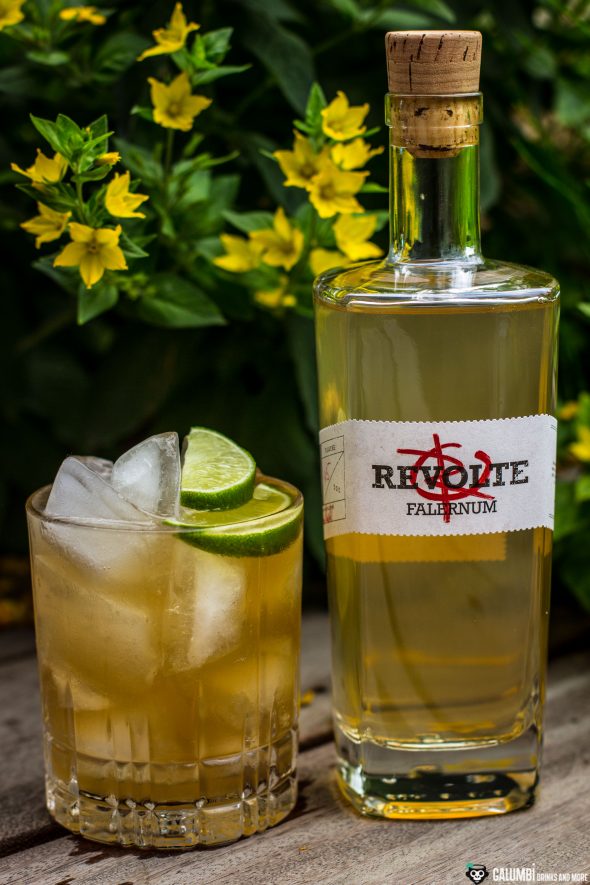