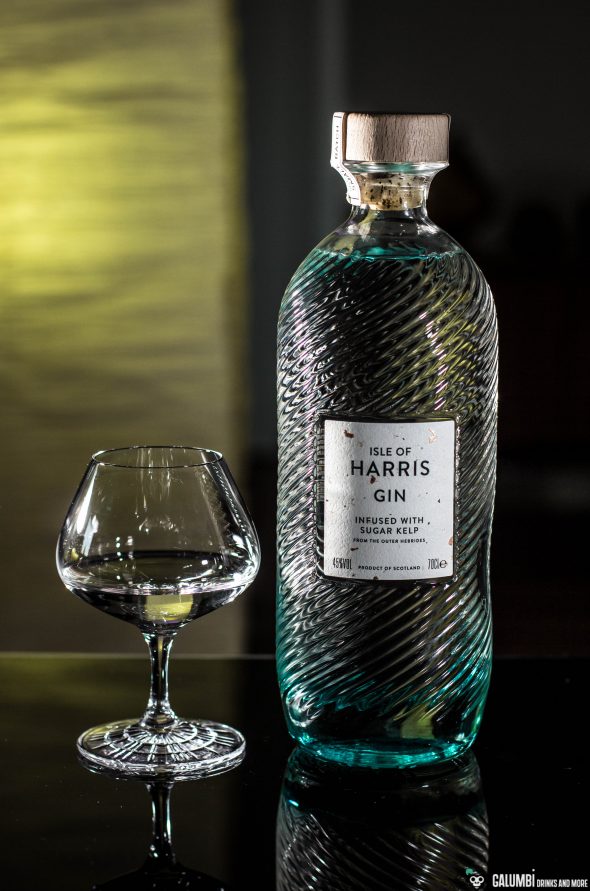 When blogging about spirits, cocktails and bar things you have to deal with different bottles on an almost daily basis. Some of these bottles are more appealing, others are less. Usually you can see what ambition the creators of a certain spirit put into the design of the bottle in order to create a special flair. Occasionally I do mention in my articles when there is a bottle that I really like. But the bottle of today’s gin has impressed me even more and I would not hesitate to call it a masterpiece in terms of shape and design. But I am not the only one. (provided test product)

The Isle of Harris Gin, that’s the full name of today’s gin, was awarded (among other prices) the Harper’s Design Award in 2016 and also the German Packaging Prize. This may be completely irrelevant for many spirit pragmatics because of course it is the inside of a bottle that matters, but for me it is definitely a very promising first impression. The color gradient of the bottle’s glass comes with an aquamarine bottom and turns transparent while reaching the bottle neck – I really like that. In addition to the wavy glass cut that covers the entire bottle it bestows a maritime flair upon the Isle of Harris Gin and the plain but beautiful label made of natural paper with fine color specks clearly emphasizes the impression of a high-quality product. And it does fit in well with the background of the Isle of Harris Gin. 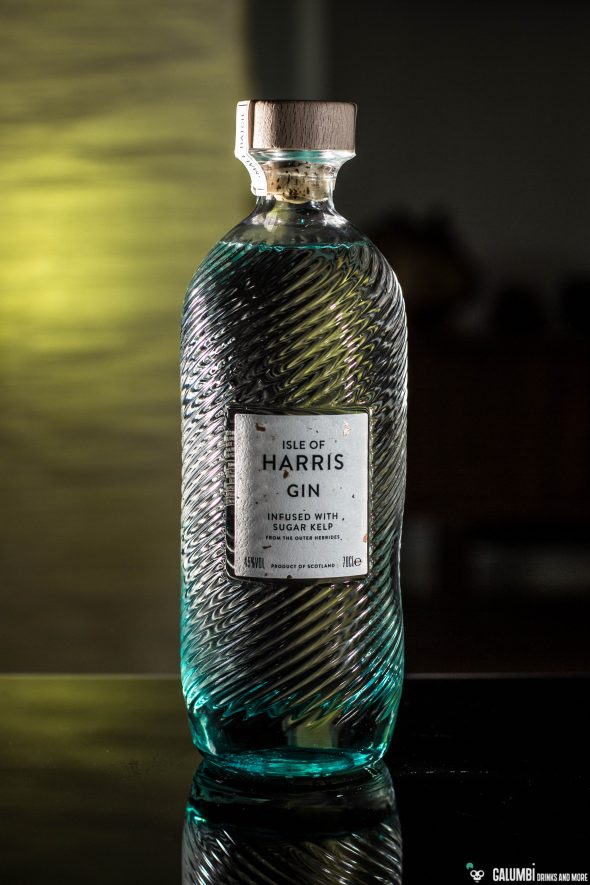 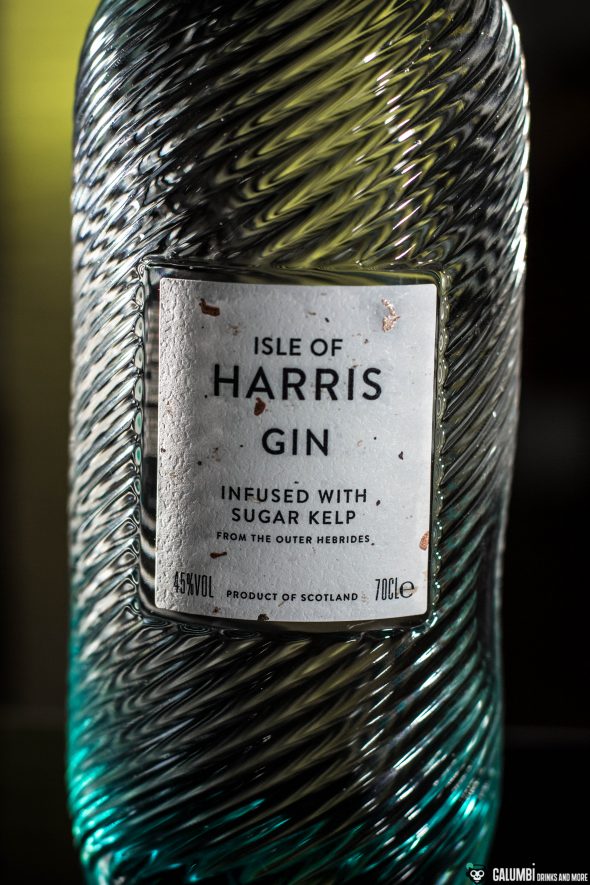 The Isle of Harris Gin comes from the Isle of Harris. If you should not know the Isle of Harris (like me before doing some research) let me tell you that this is an island of the Outer Hebrides. Strictly speaking, it is the southern part of the island of Lewis and Harris, which is actually the largest Scottish island (you live and learn). The Isle of Harris, separated from Lewis, currently has only 1916 inhabitants (last census from 2015) and is in many ways a secluded place. In 2015 a new distillery was built under the name Isle of Harris Distillers Ltd. and the owners think of their place as a “social distillery” in order to help boosting the economy (and maybe tourism as well) on the isolated island – all that in the spirit of sustainable development. If you should immediately think about whisky when it comes to a distillery on a Scottish island, you are right! The Isle of Harris Distillery was mainly built to enter the market for Scotch whisky (it will be called “The Hearach”). However, who wants to sell whisky has to face some problems first because under 3 years of age you are not allowed to do that. And since the people at the Isle of Harris distillery don’t want to make any compromises in the form of New Makes, “Young Malts” or the like, the first whisky can be ordered in 2019. But there are other ways to get some income before that year: For example Bruichladdich has shown how to do so with their Botanist Gin which has proved to be very lucrative and successful. 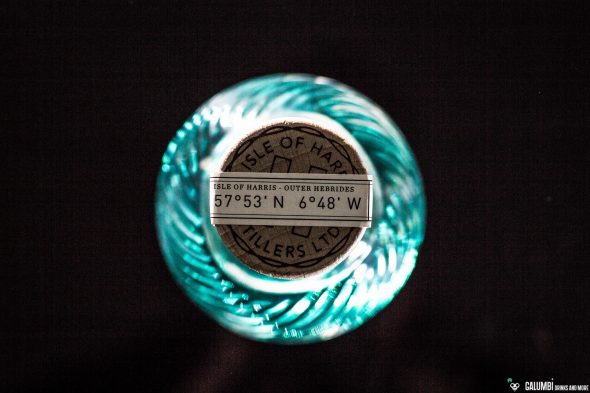 Of course, the Isle of Harris-Gin also offers a special botanical, the “sugar kelp”. In addition to juniper there is also Coriander, Angelica Root, Orris Root, Cubebs, Bitter Orange Peel, Licorice and Cassia Bark. And the sugar kelp as the soul of this juniper distillate. The sugar kelp is harvested off the coast of the Isle of Harris by diver Lewis Mackenzie, who has been specially entrusted with it. A special feature of this gin is the fact that the “heads” and “tails” of the distillation are completely separated and not used again for new distillations. This ultimately requires more basic alcohol because simply more liquid is lost. The Isle of Harris Gin is finally bottled at 45% ABV. A bottle (0.7l) costs about 45 € (or 35 £ in Great Britain).

But is this gin worth the effort? And how does a gin with sugar kelp finally tastes? Time to figure it out! 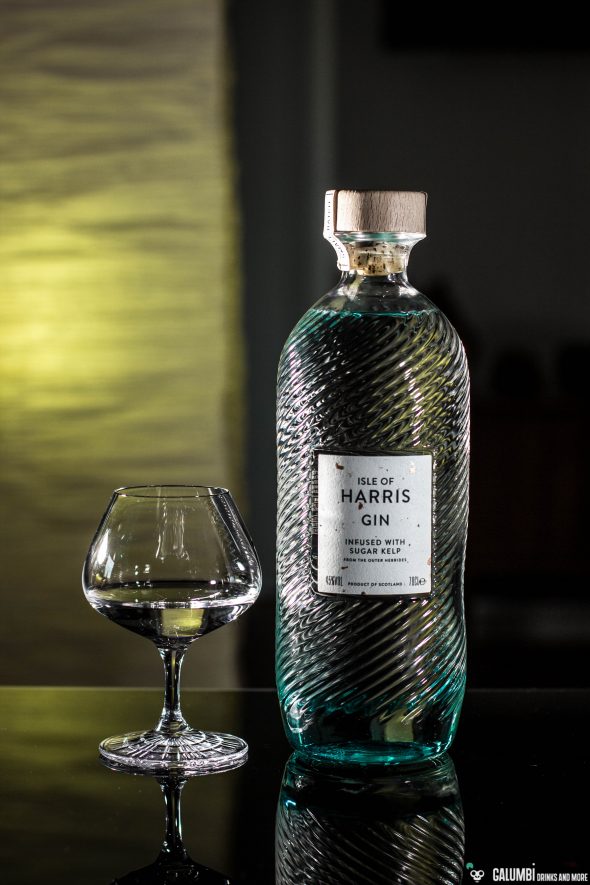 Aroma: Finally I’m having a rather classic gin in my glass: The juniper definitely plays the leading role here, but it is far from being a one-dimensional juniper bomb. It is accompanied by a conspicuous and spicy licorice note, which I like very much. Orange peels and coriander add a little freshness, also some lemon tones are there. Then there are associations of vegetables, a little pepper and actually a hard-to-define, maritime impession. I would lie if I’d say: “This is definitely the sugar kelp!” because I simply lack any experience with this botanical. This maritime impression is also not comparable to the maritime notes of a rough coastal or island whisky, but they are there: nuances of salt and perhaps really some seaweed. The Isle of Harris Gin offers a fantastic and multi-layered flavor, without forgetting about its roots.

Taste: On the palate, the Isle of Harris Gin is exceptionally taste-intensive and spicy. Surprisingly intensive! Here, too, there is juniper and licorice, as well as a little resin. The citrus notes also appear after some time. I do not taste peppery notes, I am rather surprised how soft the 45% ABV are coming along here. Do I taste the sugar kelp? Well, hard to say. The picture of flavors also takes up the maritime note from the nose, but here again it is too complex and subtle for me to name it as a whole.

Finish: very long lasting, spicy with notes of moss. This is a very excellent gin, one of the best I’ve tasted for a long time!

The manufacturer recommends the Scottish Walter Gregor’s Tonic Water as a companion in a Gin & Tonic. Unfortunately, I did not have access to it, but I think that also a classic Tonic works very good. Nonetheless I wanted to try something different and combined this classic yet innovative gin with the herbaceous Fentimans Herbal Tonic. I liked it very much! But it is certainly not everyone’s business. In this respect, I would opt for a classic tonic if you’re not sure what you’re looking for. 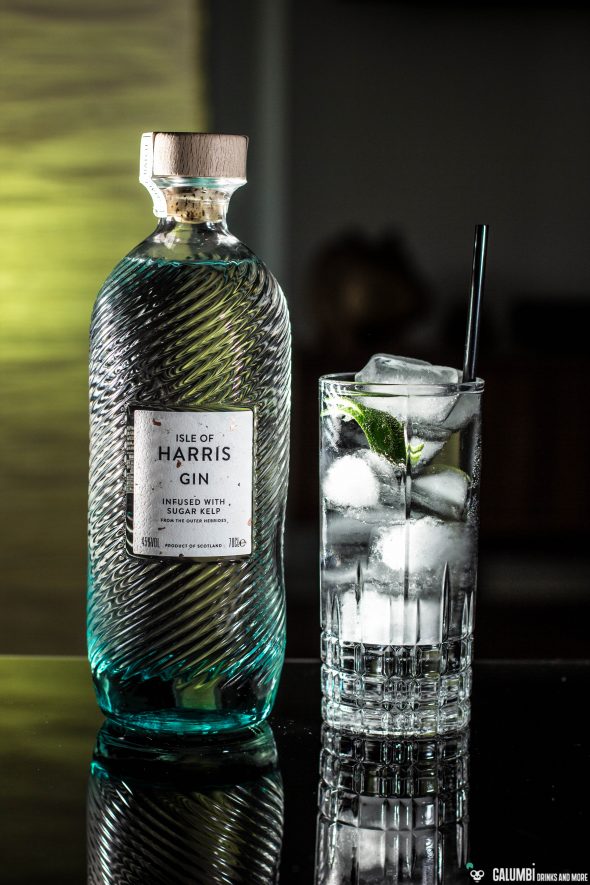 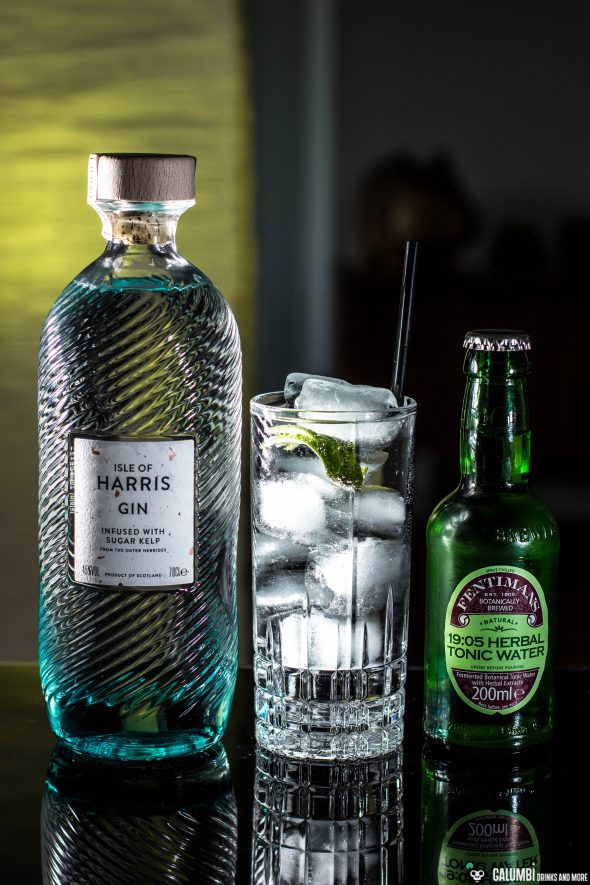 Buying sources: The Isle of Harris Gin can be ordered online at the website of the distillery.

4 thoughts on “Isle of Harris Gin”