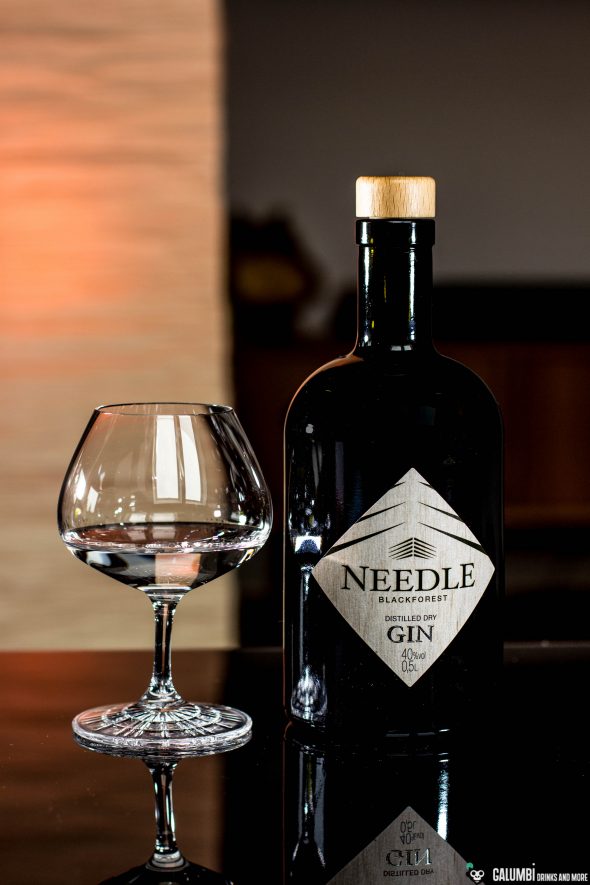 Recently I received a small package containing a bottle of gin. As I curiously opened the package I found out that it was another gin from the Black Forest, where German gins seem to spring up like mushrooms. And, of course, also this gin has a „special feature“ in the form of a certain unique “botanical”. And since the gin is called Needle Blackforest Gin, the botanical I’m talking about as an eponymous one: (provided test product)

Picea abies, also known as common spruce, is a coniferous tree from the genus of the spruces, as I was able to find out thanks to Wikipedia (although I could have guessed it somehow…). And, of course, it is not the whole spruce but the needles of this tree, which have found their way as an ingredient into the Needle Gin. The manufacturer claims that it is the smell of the common spruce (or its needles) that rises to your nose on a walk through the Black Forest. Unfortunately – believe it or not – I have never been to the Black Forest in my life (just passed it for several times) so I cannot tell whether this is true or not. Nevertheless, I personally like the scent of spruce needles and so I looking forward to this gin quite optimistically.

But there is one thing that left me a little skeptical at first: The gin costs “only” 12 euros for a 0,5 litre bottle .But then I had to remind myself once again that the prices people (including myself) recognize as “regular prizes” for a gin have somewhat changed in the course of time. And some prices on the gin market are anything but indisputable and there was more than one debate raging in various online forums in recent years. Ultimately, a price of 12 euros for a 0.5-liter bottle would have been quite normal about 10 years ago (when a Bombay Sapphire or a Tanqueray was the only commonly available premium gin in many stores). So why link the quality to the price? Well, there are plausible reasons of some manufacturers, why their botanicals lead to a price considerably above the price of this bottle here. That’s why I cannot really image that the Needle Gin was made using exclusively fresh and hand-picked botanicals for the production. It is also not a London Gin but only a Distilled Gin, which allows nature-identical flavoring. Nevertheless, I will give the gin the same chance that (almost) every Gin should have. 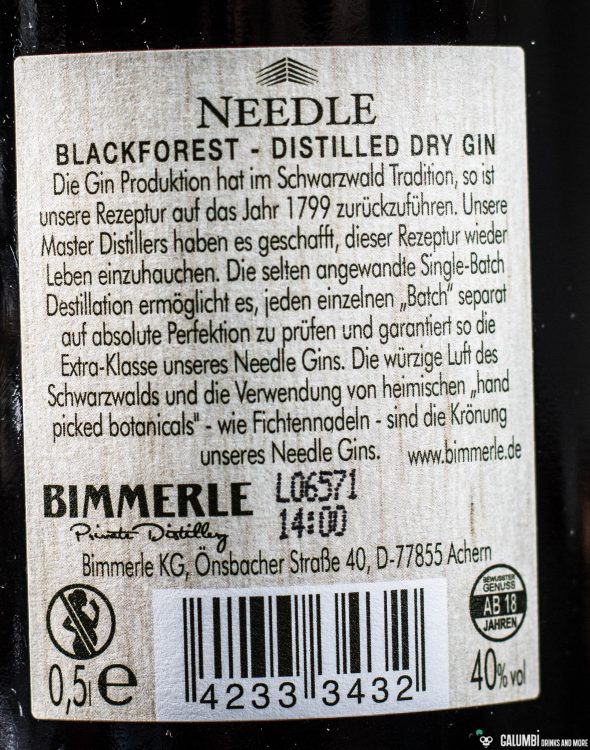 The Needle Blackforest Gin comes from the Bimmerle distillery in Achern (a much discussed distillery since it also produces a cheap gin for the supermarket discounter “Lidl” – some even claim that this is the same gin. I can tell you: it is not, but nonetheless you have to keep that in mind), and uses the following botanicals in the production process according to the manufacturer: juniper (surprise), spruce needles, lavender, ginger, lemons and oranges (whether fresh, only the peels or even only some extract I could not find out), allspice and cinnamon. In addition, there are three other, secret botanicals. But let’s leave the list of botanicals aside, although in my opinion it sounds quite appealing. Let’s see how the Needle Gin performs inside the glass. (According to the manufacturer the recipe for this Gin is supposed to go back to the year of 1799. Whether this is just a marketing gag or not I do not know. In many cases such “recipes” have not very much to do with the present day’s product but are used as legitimation for such claims and to add some historical nimbus to the bottle.) 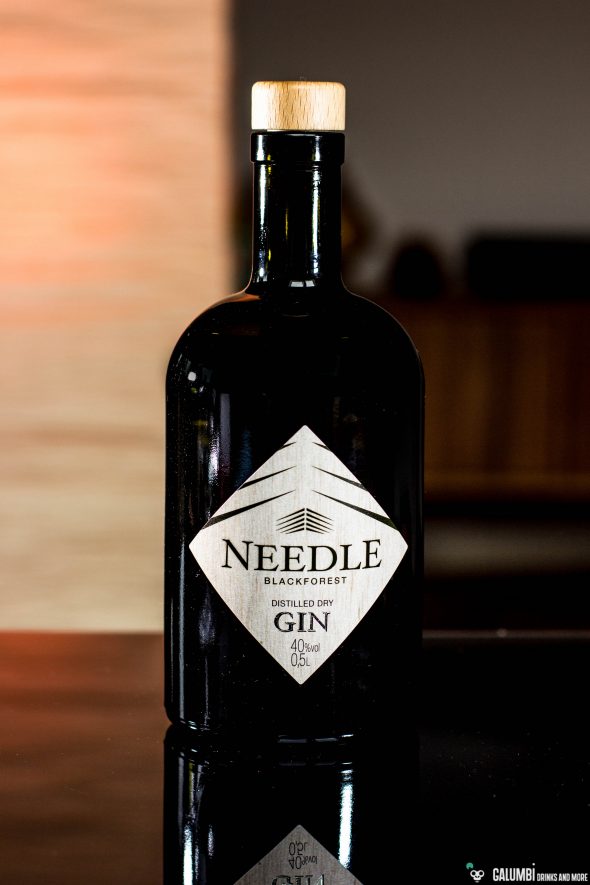 Aroma: In fact, the Needle Gin lives up to its name: there is a distinct and clearly recognizable spruce. Juniper is also part of the game but remains somewhat behind the spruce needles although it conflates very harmonically with it. Citrus (lemon and orange) and associations of rosemary are there. But there is also a small point of criticism: Even after several minutes of scenting I can discover hardly any deeper complexity. The overall aroma remains constant – appealing nonetheless – but it does not offer a sensory adventure with surprising twists.

Taste: The Needle Gin starts quite spicy on the palate with distinct flavor. It offers a full cargo of “forest”: spruce needles, juniper, mossy tones and a very nice, not too pronounced sweetness to it. The citrus notes rather remain in the background. The gin turns a little flat after a short time, but I am nonetheless quite positively surprised. It is not a too capricious gin, but definitely a solid choice. You especially have to recognize this when considering its low price. Although, of course, a negative connotation remains: how can this gin be so cheap while simultaneously trying to compete with other quality gins that cost many times more?

In a Gin & Tonic I could also imagine the Needle Gin very well. Here I would opt for a classic tonic (Goldberg, Fever Tree or other) or perhaps the Fever Tree Mediterranean Tonic.

Buying sources: At specialized retailers or online. In some parts of southern Germany the Needle Gin also will be available in supermarkets. The Needle Gin comes at 40% ABV.