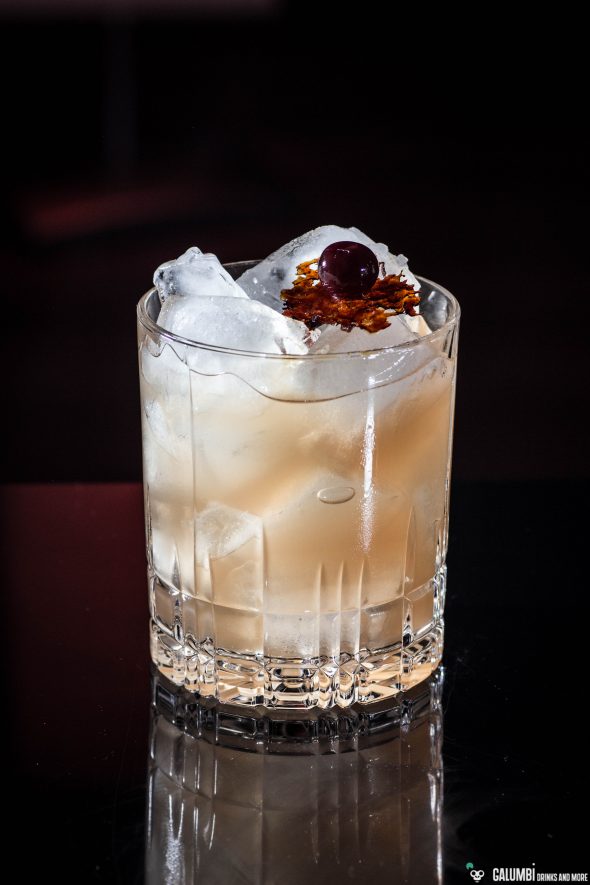 The inspiration for today’s cocktail came during the writing of the reviews for two spirits that I have recently tasted and presented here. On the one hand the really beautiful Clément Rhum Vieux Agricole VSOP and on the other the Meteoro Joven Mezcal. The initial thought behind the idea of ​​combining these two spirits is also reflected in the name of the cocktail, “El Meteor en el Barril”, which means “The Meteor in the Barrel”.

Now you might guess that El Meteor en el Barril would be simply an attempt to anticipate the tastes of a reposado or añejo version of the Meteoro Mezcal and therefor lead to something like an barrel-aging experiment at home or something like that. But far from that, I did not want to go in a direction like this. Furthermore I decided to pair the rough and pristine agave spirit with some elemental sugar cane spirit that was allowed to spend several years in the barrel. The marriage of both spirits in the El Meteor en el Barril, which is basically an Old Fashioned style drink, is underlined by orgeat. Orgeat really works excellently here with its pleasant almond aromas. Whiskey Barrel Aged Bitters and Chocolate Bitters round off the cocktail. A really nice combination of flavors, as I think. 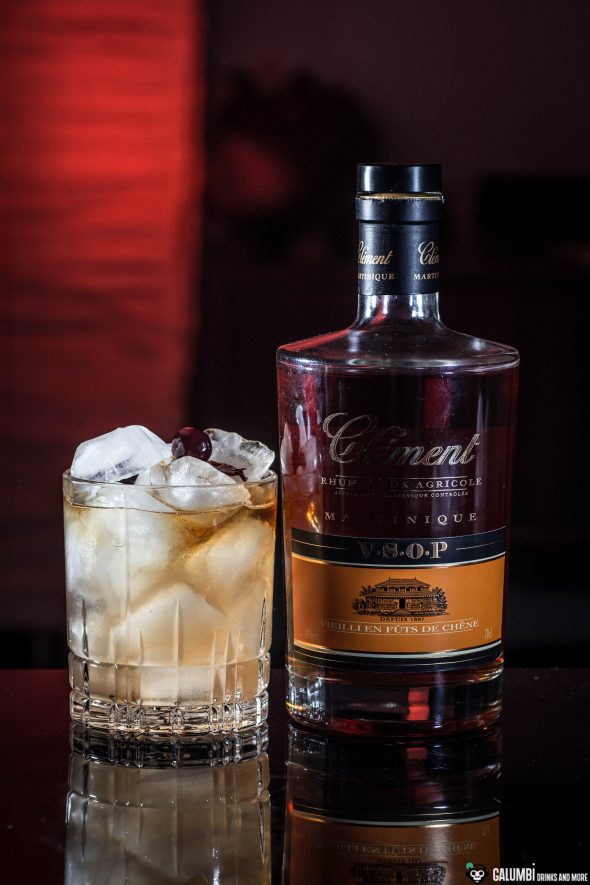 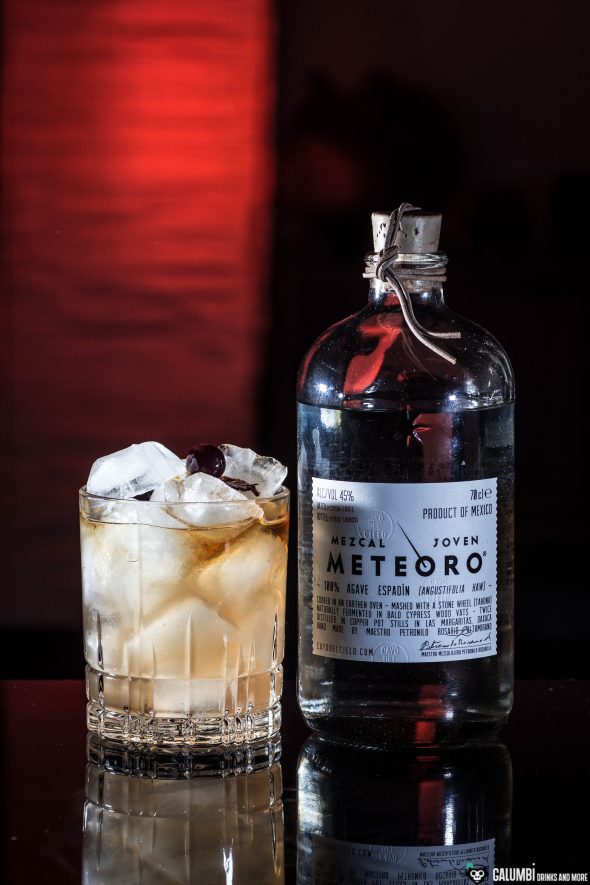 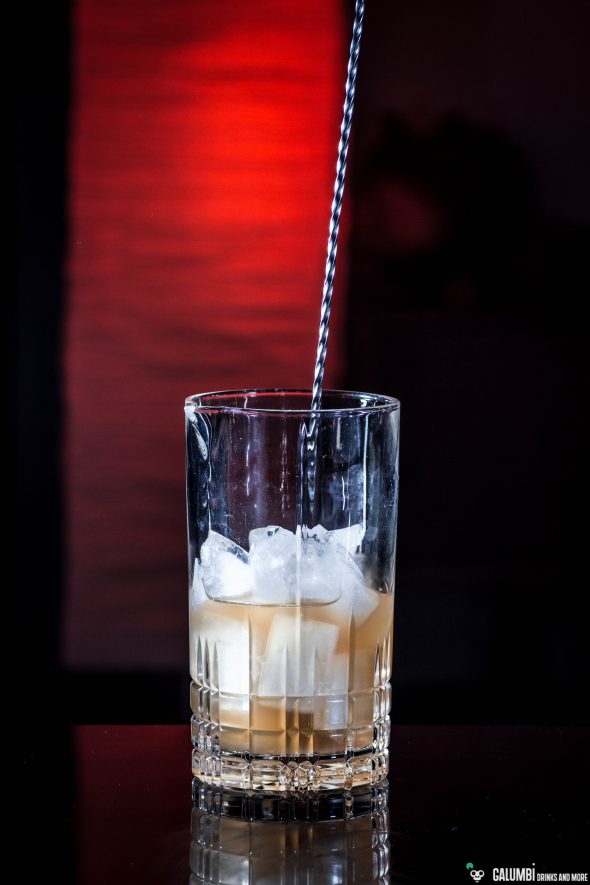 As a garnish I had the idea for a slightly unusual but quite fancy little something. So basically I wanted to drop a hint on the classic “flag” garnish of the Old Fashioned consisting of an orange slice and a cherry. But instead of the orange slice I have made a little “nest” of orange caramel, which is already special while watching the making of it – nonetheless it is super easy: Simply put a sugar cube on the cut surface of a halved orange, sprinkle with orange juice to just soak it a little bit and then melt and caramelize the sugar cube with a blowtorch. Leave to cool for a while and carefully place it on the drink with a pair of tweezers. Add a Griottines cherry, et voila: El Meteor en el Barril. 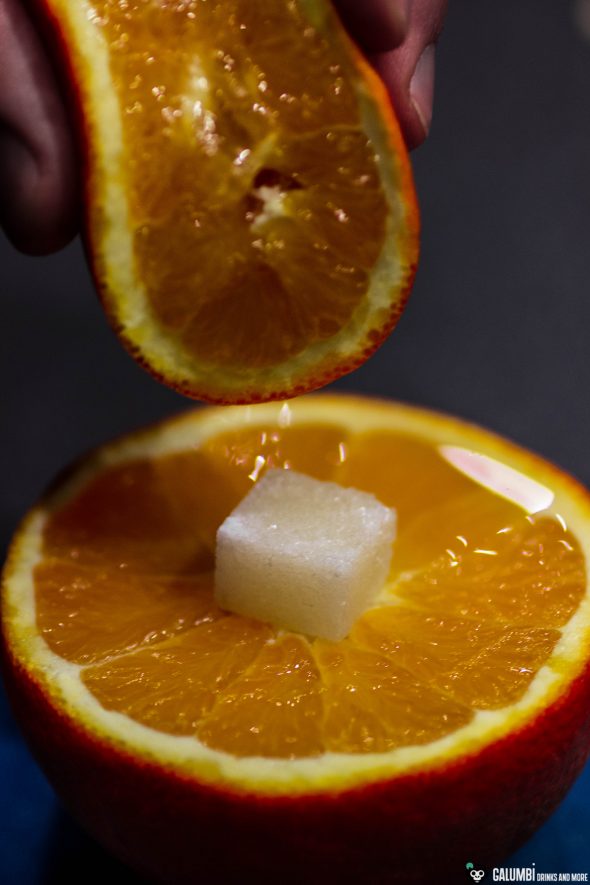 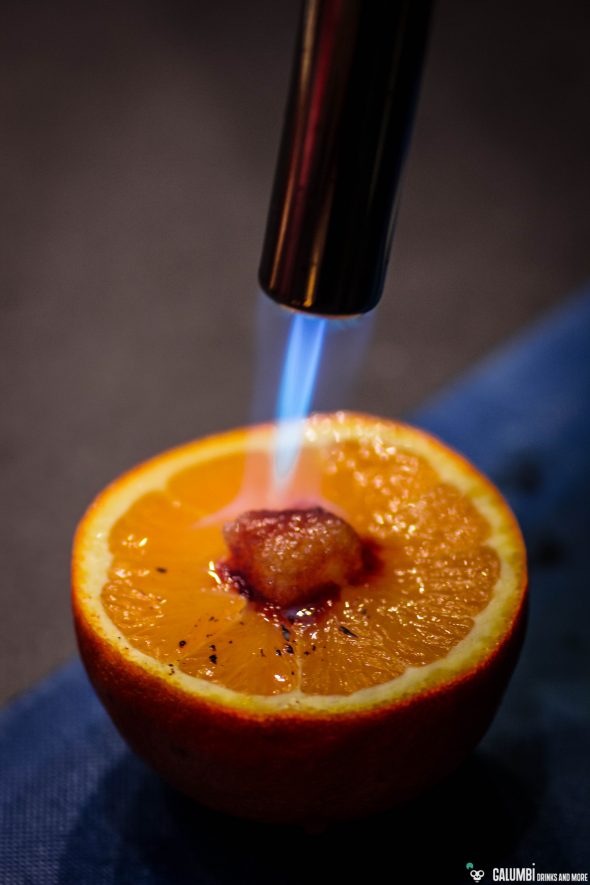 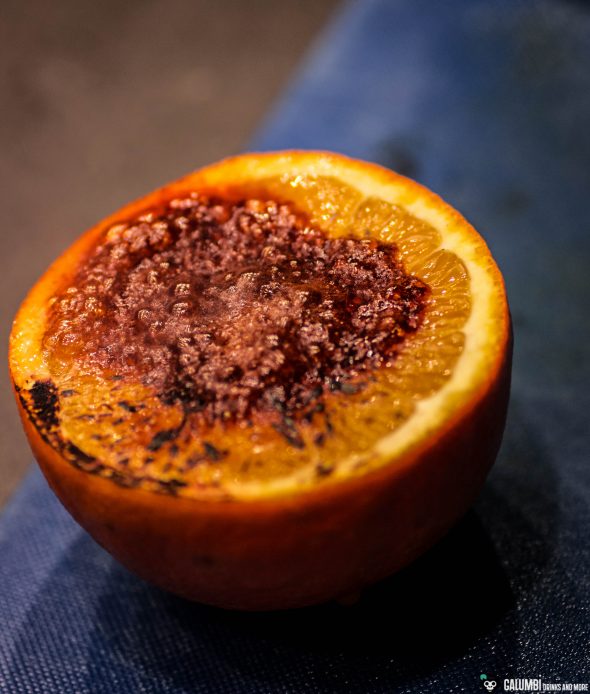 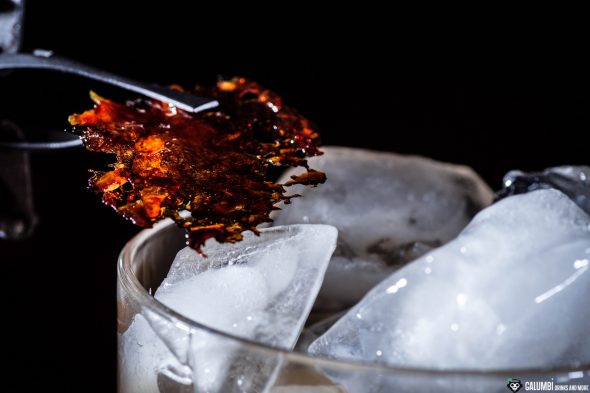 Preparation: Stir all the ingredients on ice in your mixing glass until cold and finally strain into a glass filled with fresh ice cubes.

Garnitur: Nest of orange caramel (see above) and cherry (Griottines) 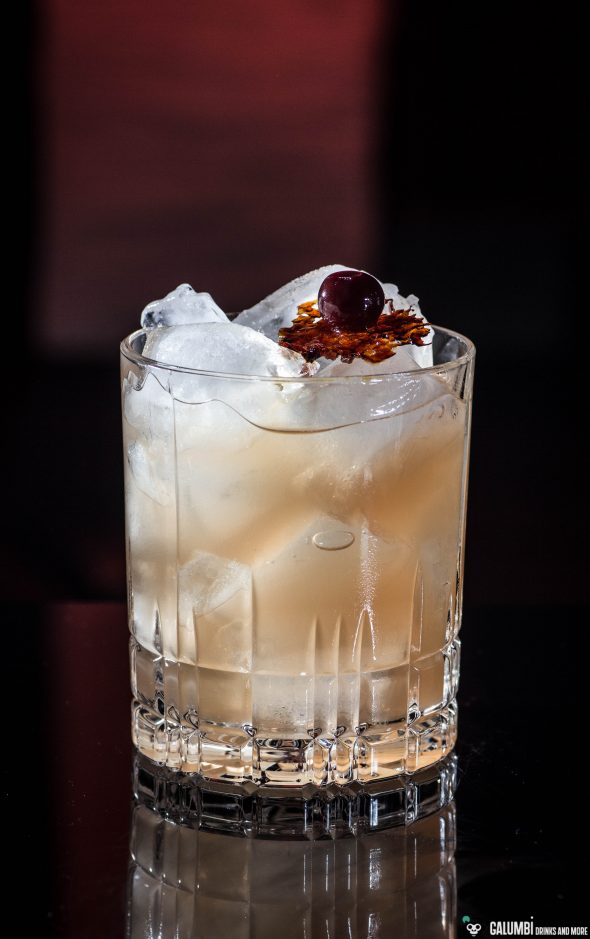 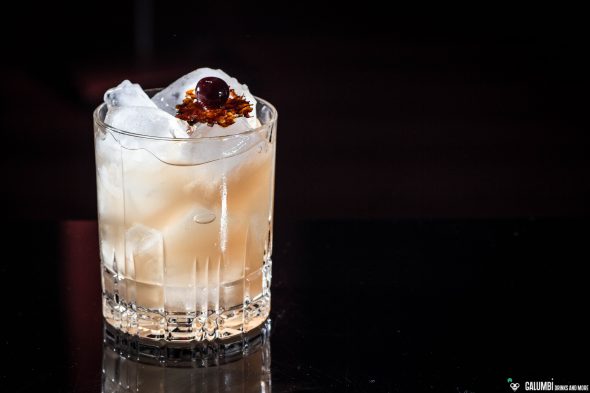 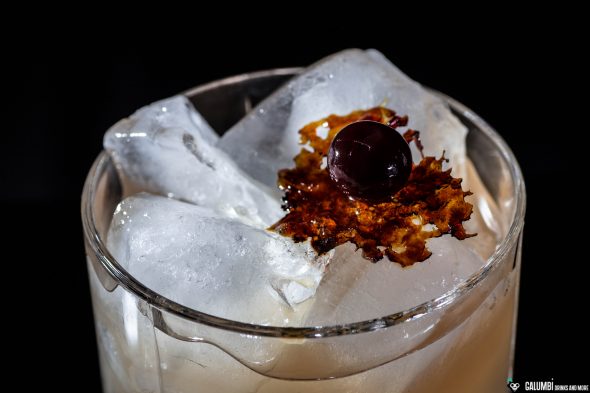